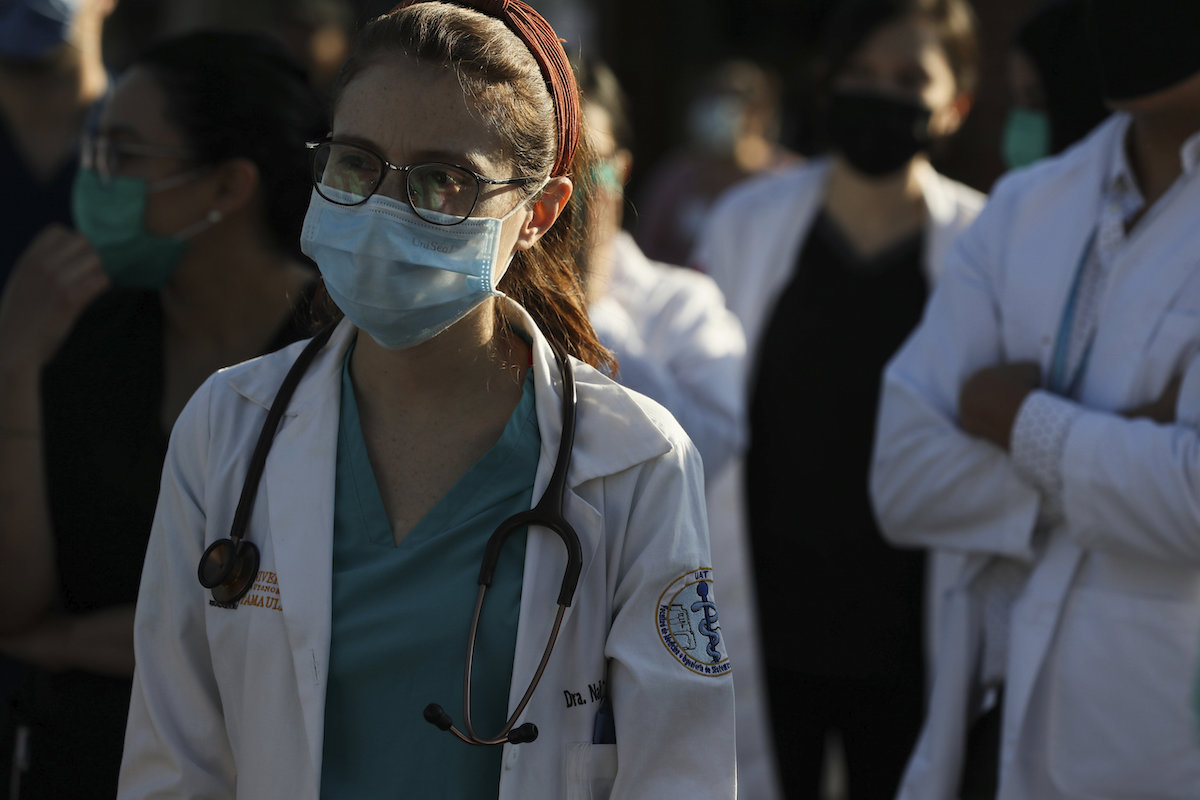 Public hospital health workers protest outside a hospital to demand protective gear and training in Mexico City, Monday, April 13, 2020. Doctors, nurses and other personnel have demonstrated at a number of public hospitals around the country as the new coronavirus sickens medical personnel. (AP Photo/Fernando Llano)

Dozens of nurses, doctors and other personnel from the October 1 Hospital carried handwritten signs and shouted for assistance. The hospital is part of Mexico’s public health system for government workers.

One nurse, who had worked at the hospital for more than 20 years, but requested anonymity to avoid repercussions, said she received only one flimsy mask per day even though she works on a floor with dozens of patients with the new coronavirus. 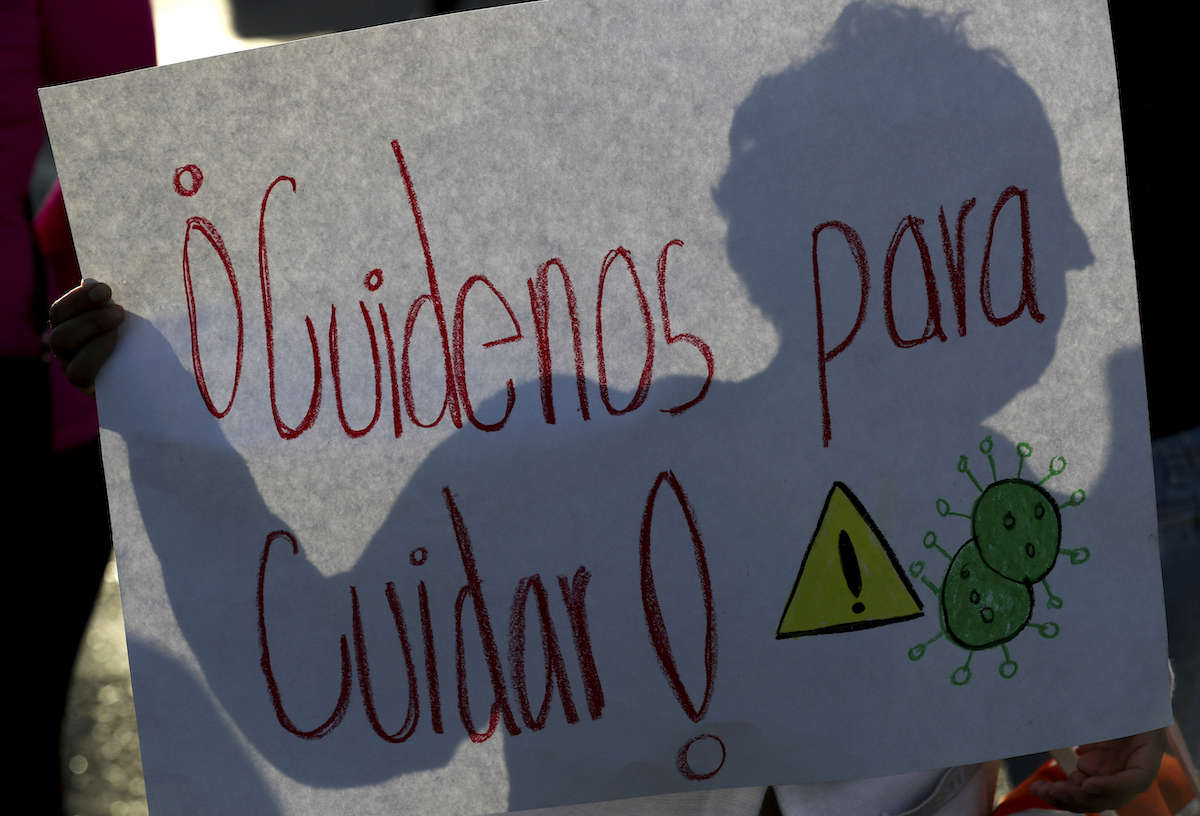 A nurse holds a poster that reads in Spanish Take care us to take care” during a protest outside of a public hospital in Mexico City, Monday, April 13, 2020. (AP Photo/Fernando Llano)

Mexico has seen a growing number of such protests in recent weeks as the epidemic spreads. Last week, residents and interns at a public hospital in a capital suburb wrote a public letter to the health secretary asking for help after more than two dozen members of the staff at another public hospital were sickened by the virus.

The federal government has said it is getting more protective gear to hospitals.

Mexico has reported more than 4,500 confirmed cases of COVID-19 and nearly 300 deaths.