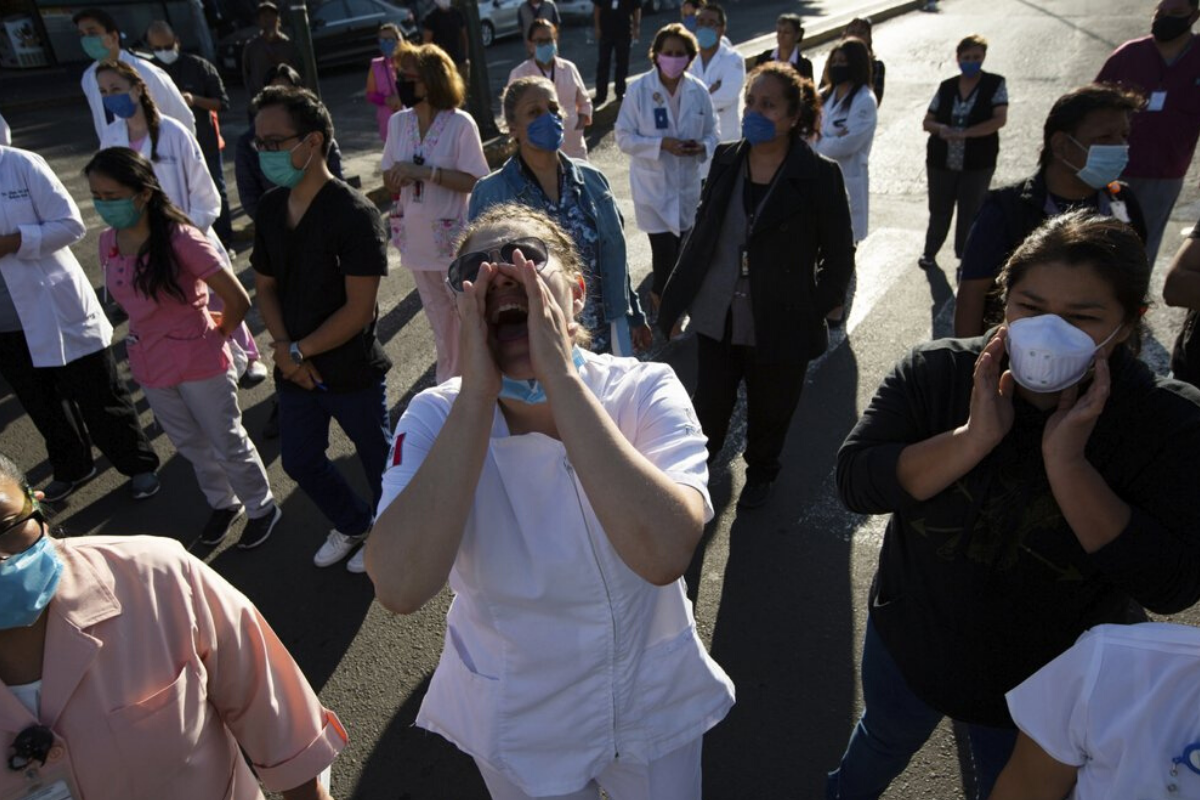 MEXICO CITY (AP) — Mexico has announced an urgent campaign to recruit medical workers for the coronavirus pandemic, but the effort sometimes lacked coordination.

A long line of applicants formed at a recruitment center in Mexico City on Tuesday, but an employee came out and announced that no more applications were being taken.

Experts have estimated Mexico is short thousands of workers, from nurses to specialized doctors. President Andrés Manuel López Obrador said the country doesn’t have “all the specialists the country requires,” and has even asked the military to help with hiring more.

But at the Mexico City recruitment center —which had already received 800 applications— hundreds of Mexicans eager to pitch in started lining up before dawn, but were later were told their applications wouldn’t even be accepted.

Álvaro Martínez, an anesthesiologist, sat on a bench in front of the center with his wife while waiting to apply. He mused on the prospect of hospital work during the pandemic.

“A lack of equipment has always existed, but right now the whole world is out of whack,” noted Martínez. “There is greater uncertainty.” 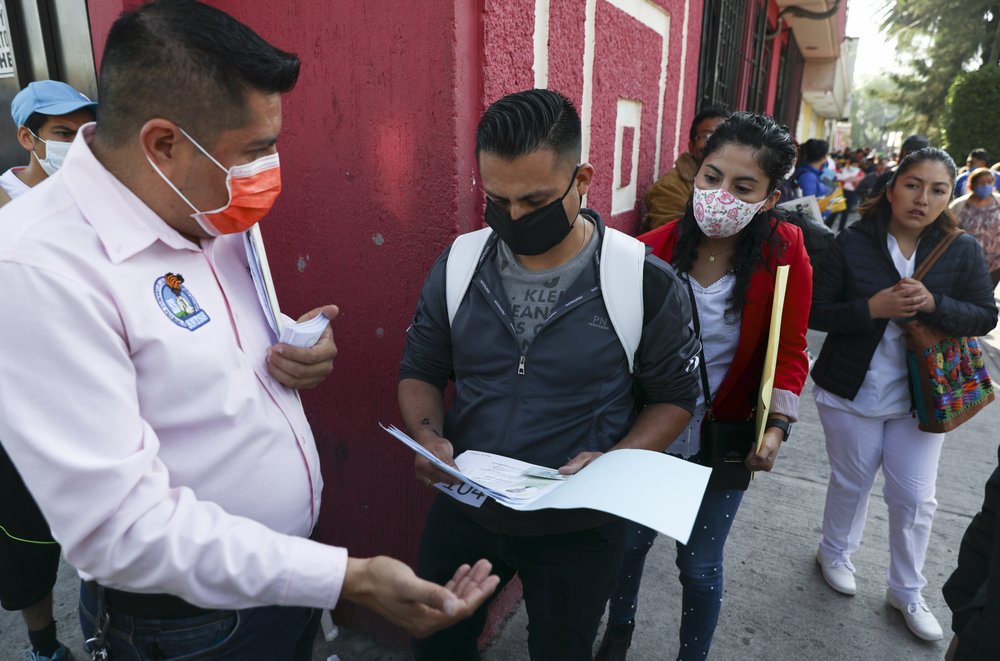 A worker reviews the documents of a man applying for a medical job outside the national health workers union, in Mexico City, Tuesday, April 14, 2020. (AP Photo/Eduardo Verdugo)

Health care workers are even more desperately needed now, because the Mexican Social Security Institute estimates that it has taken about 30% of its 400,000 employees off the front lines or have asked them to work from home, because they are considered at high risk of suffering a severe case of coronavirus because of their age or underlying conditions.

“The country’s situation is very sad, I’m afraid, but one way or another we are all going to get infected,” she said.

Dr. David Carrillo, 52, has been frustrated by the process. He has applied at several places, but has yet to receive an answer.

“There is not enough efficient information about where to call, where to apply,” Carrillo said.

Diana Díaz, 22, was hoping to find laboratory work. “We are afraid, but this is what we trained for,” Díaz said.

Mexico has so far confirmed about 5,400 coronavirus cases and 406 deaths. For most people, the new coronavirus causes mild or moderate symptoms, such as fever and cough that clear up in two to three weeks. For some, especially older adults and people with existing health problems, it can cause more severe illness, including pneumonia and death.