Mexico to Restrict Mobility to Areas Less Affected by Virus 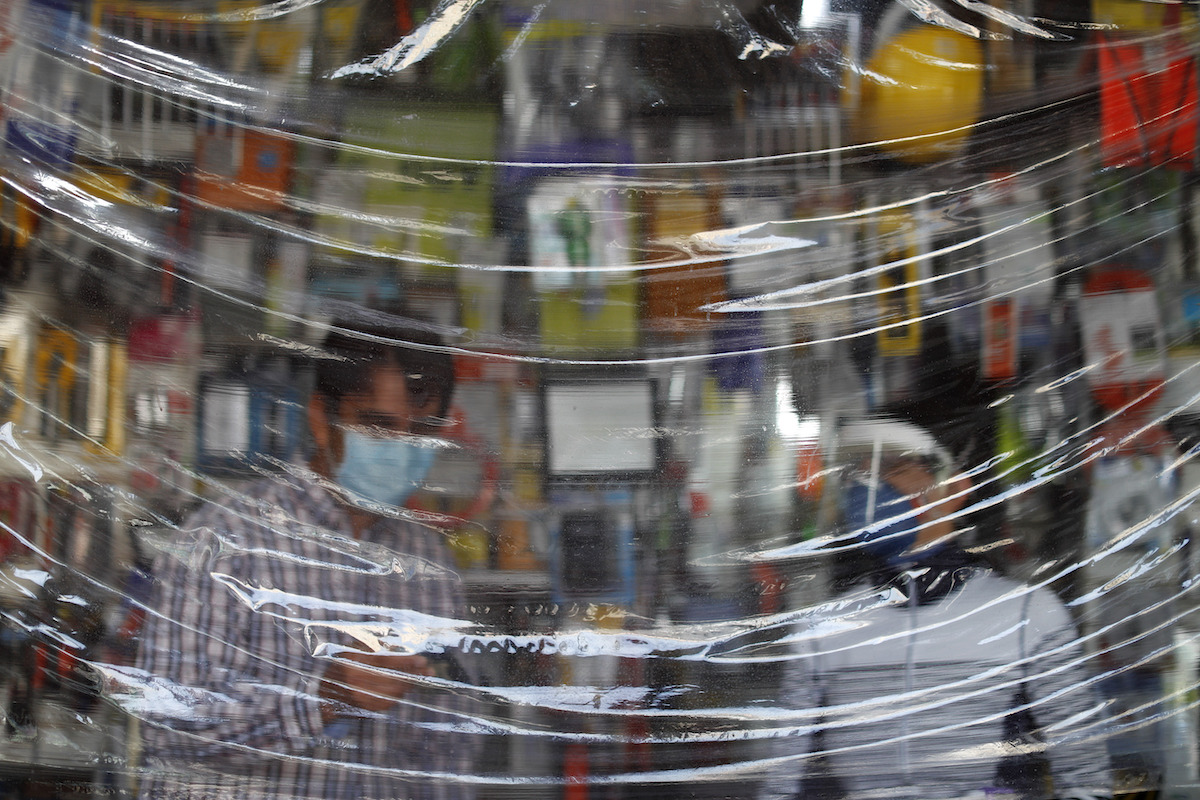 Siblings Julio César, left, and Carmen Castellanos wear face masks as they wait for customers behind a protective sheet of plastic hanging over the counter in El Foquito, the hardware and electric supply store they own in the Benito Juárez district of Mexico City, Wednesday, April 15, 2020. (AP Photo/Rebecca Blackwell)

MEXICO CITY (AP) — Mexico will begin to restrict movement between places most affected by the COVID-19 virus —mostly large cities— and places with few infections, the president said Thursday.

President Andrés Manuel López Obrador asked authorities Thursday in towns so far unaffected by the pandemic to “help us establish sanitary cordons” to slow the spread.

The government is also extending its social distancing measures for another month to the end of May, predicting that the epidemic will peak in Mexico in about three weeks.

Mexico has confirmed nearly 6,300 infections and reported about 485 deaths. Health undersecretary Hugo López-Gatell said health officials believe the real number of infections is probably eight times that. On Thursday he presented lists saying the country had nearly 56,000 “estimated” cases, though most remain untested. Mexico is currently running only about 4,000 tests per week, and has completed only about 21,250 tests so far.

So far, the federal government’s social distancing measures have largely been recommendations, though it has begun to crack down on non-essential businesses that have stayed open. But there is no curfew like in other countries of the region, and López Obrador said that “without the use of force, without a curfew, our people have acted in a responsible way.”

Government officials did not immediately explain how the measures to “segment mobility in the national territory” would be implemented or whether they would be enforced.

The government says coronavirus cases have been confirmed in about one-fifth of Mexico’s roughly 2,470 townships and municipalities.