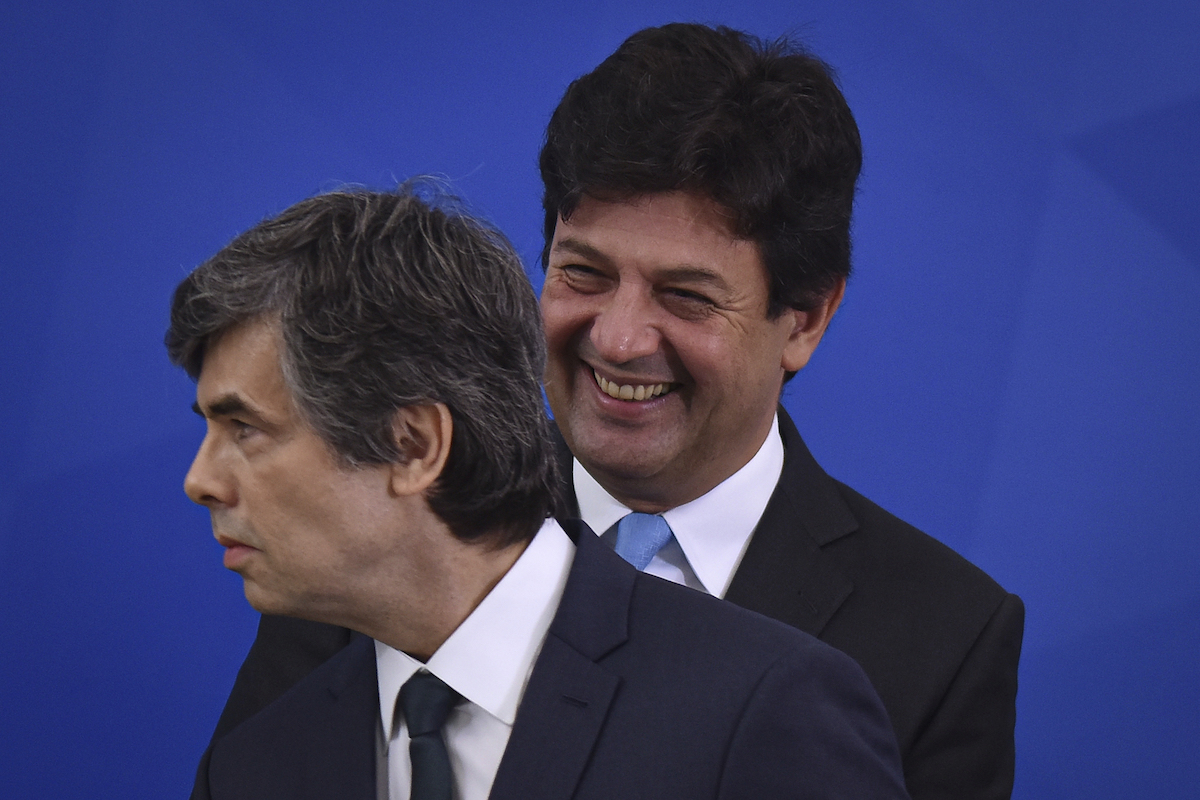 RIO DE JANEIRO (AP) — Brazilian President Jair Bolsonaro made it clear on Friday that he wants his new health minister to help protect the country’s economy as the government seeks to curb the spread of the new coronavirus.

Nelson Teich, an oncologist, was sworn in as health minister after his predecessor, Luiz Henrique Mandetta, was fired by Bolsonaro, who has downplayed the threat of the COVID-19 disease. Mandetta had garnered support for his handling of the pandemic, which included the promotion of broad isolation measures enacted by state governors.

“This fight to start reopening for business is a risk that I run,” Bolsonaro said during a ceremony in the presidential palace in Brasilia. If the pandemic escalates, he said, “it lands on my lap. But many people are aware that we need to open.”

“Put my and Mandetta’s positions next to each another, then split the difference. Then you will reach what interests all of us,” Bolsonaro said.

Mandetta’s recommendations had drawn the ire of Bolsonaro, who has said temporarily shutting down the economy would be devastating. He has also repeatedly described the virus as a “little flu,” and touted the yet-unproven efficacy of an anti-malarial drug. 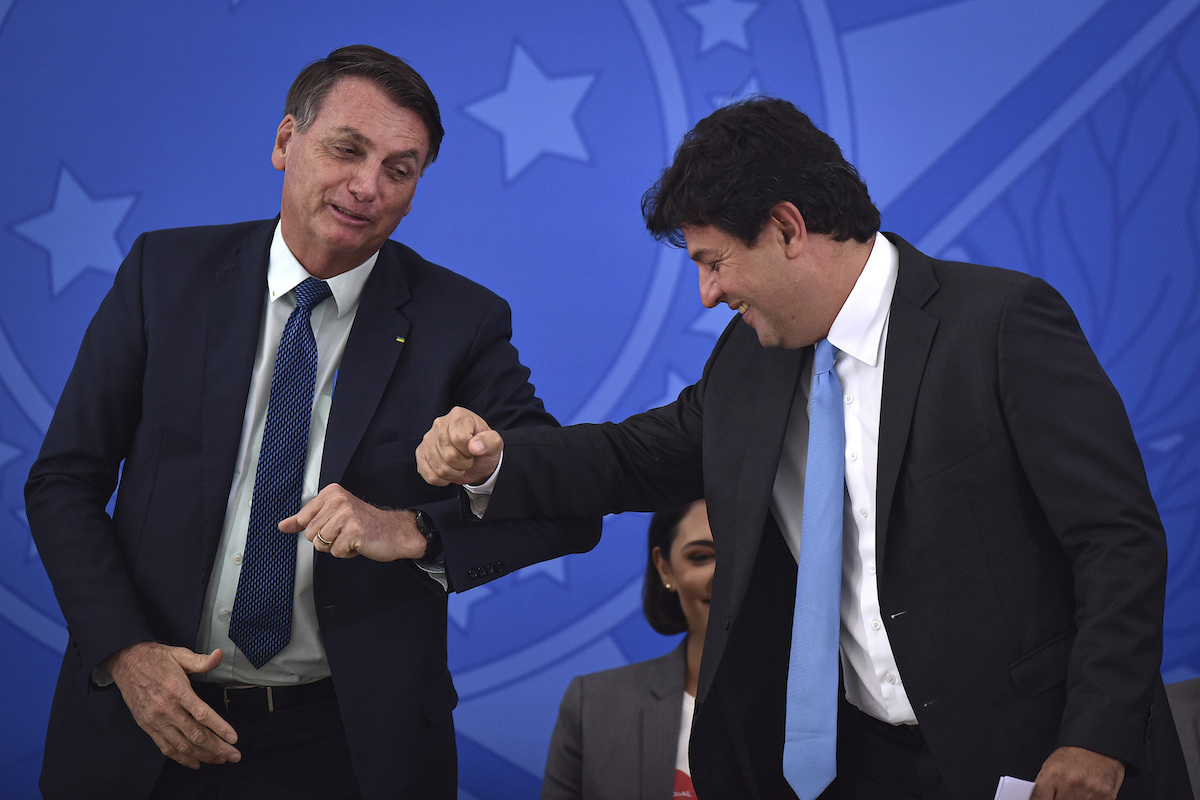 The new minister provided little evidence of how he will handle the pandemic. He did not mention the need for isolation during a five-minute speech.

“The focus here is on people. No matter how much we talk about health care or the economy. At the end it is always people, bringing a better life to society,” he said. “I thank all that has been done in the previous management. We will seek to continue and add to what has already been done.”

Teich’s career has focused on the business side of medicine. He was founder and president of a group of oncology clinics, and more recently has worked as senior health care consultant at a medical services company that bears his name, according to his LinkedIn page. He also has a Master’s degree in health economics, Master in Business Administration and has done a management course for company owners and presidents at Harvard University’s business school.

In another sign that many Brazilian governors and mayors will not heed the president’s call, Sao Paulo Gov. João Doria extended the isolation recommendation in the country’s most populous and wealthiest state to May 10. “Here we base our decisions on science. We need to avoid the collapse of our health care system,” Doria said.

The impact of the actions of Brazil’s new health minister might be limited. Brazil’s Supreme Court has already ruled that governors and mayors are allowed to implement isolation policies, which Bolsonaro wanted to keep as an exclusive power of his office. Teich’s predecessor had argued in favor of stay at home measures.

Local media had reported for weeks that Bolsonaro favored two other people for the health minister post, both of whom were critics of broad isolation measures and cheerleaders of the use of chloroquine to treat COVID-19 patients. One was lawmaker Osmar Terra who, according to fact-checking organization Aos Fatos, is the Brazilian congressman who spreads the most fake news about COVID-19 on social media. 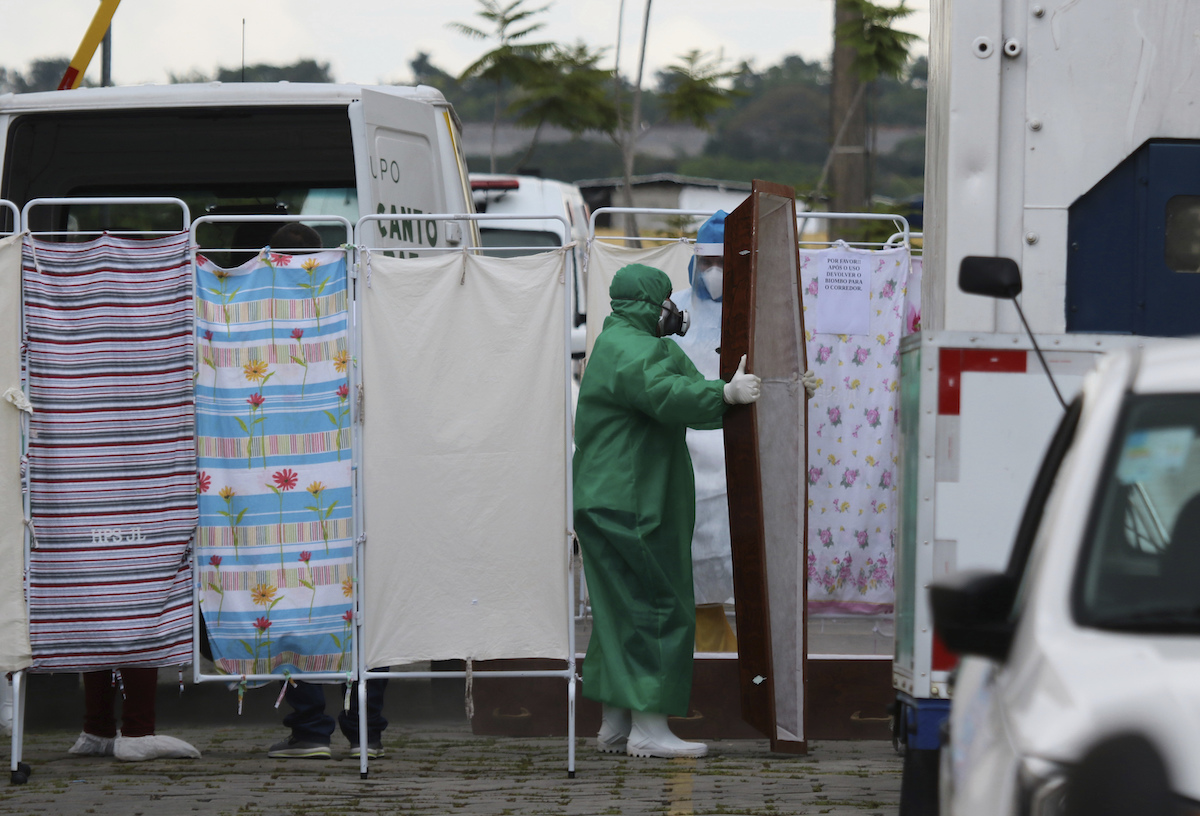 While rising quickly, the number of confirmed coronavirus cases in Brazil remains relatively low in relation to the country’s massive population of 211 million. It has the most cases in Latin America —more than 33,000— and about 2,100 deaths. The outbreak’s peak is expected in May.

Following the health minister’s firing on Thursday, people in apartment buildings in São Paulo and Rio de Janeiro could be heard yelling insults at Bolsonaro from their windows. Similar shows of discontent returned Friday as Teich was sworn in. Many Brazilians had approved of the health ministry’s measures to curb the spread of the virus, and were critical of Bolsonaro’s approach.

In a text Teich wrote and shared on LinkedIn on March 24, he lamented the polarization surrounding the virus response, which he said forces leaders to guess what will transpire and adopt radical positions, thus hampering capacity to face up to the situation. Instead, success depends on collecting real-time data so as to adjust projections and review decisions, he wrote. 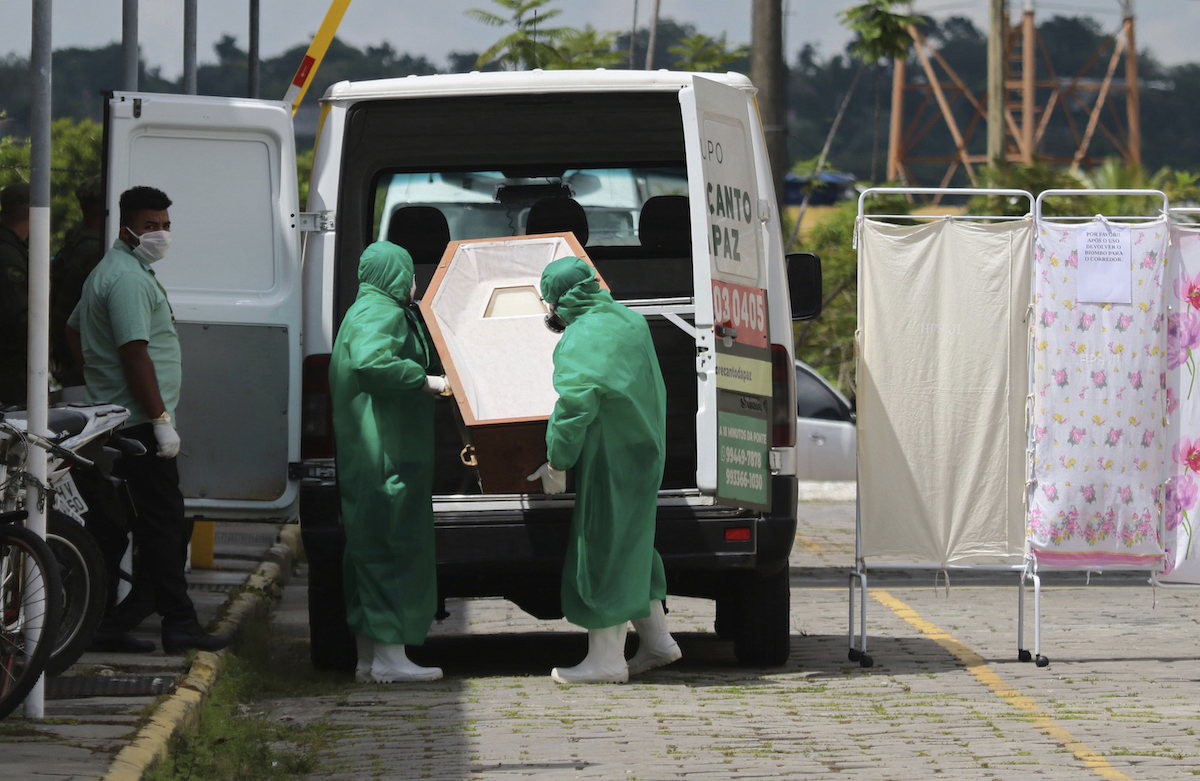 Funeral workers carry an empty coffin destined to victims of Covid-19 in Manaus, Amazonas state, Brazil, Friday, April 17, 2020. For most people, the new coronavirus causes mild or moderate symptoms, such as fever and cough that clear up in two to three weeks. (AP Photo/Edmar Barros)

“It is worth saying that radical models and predictions generate more problems than solutions,” Teich wrote, adding that an approach should be evaluated that starts with the economy and that aims to avoid death and suffering. “Creating polarization, imagining that on one side are the people and on the other is the money, could be a grave error in evaluating the problem.”

In another text published on LinkedIn on April 2, Teich said he supported broad isolation measures, which Bolsonaro has lambasted. Whether that view will remain while he’s in office remains to be seen.