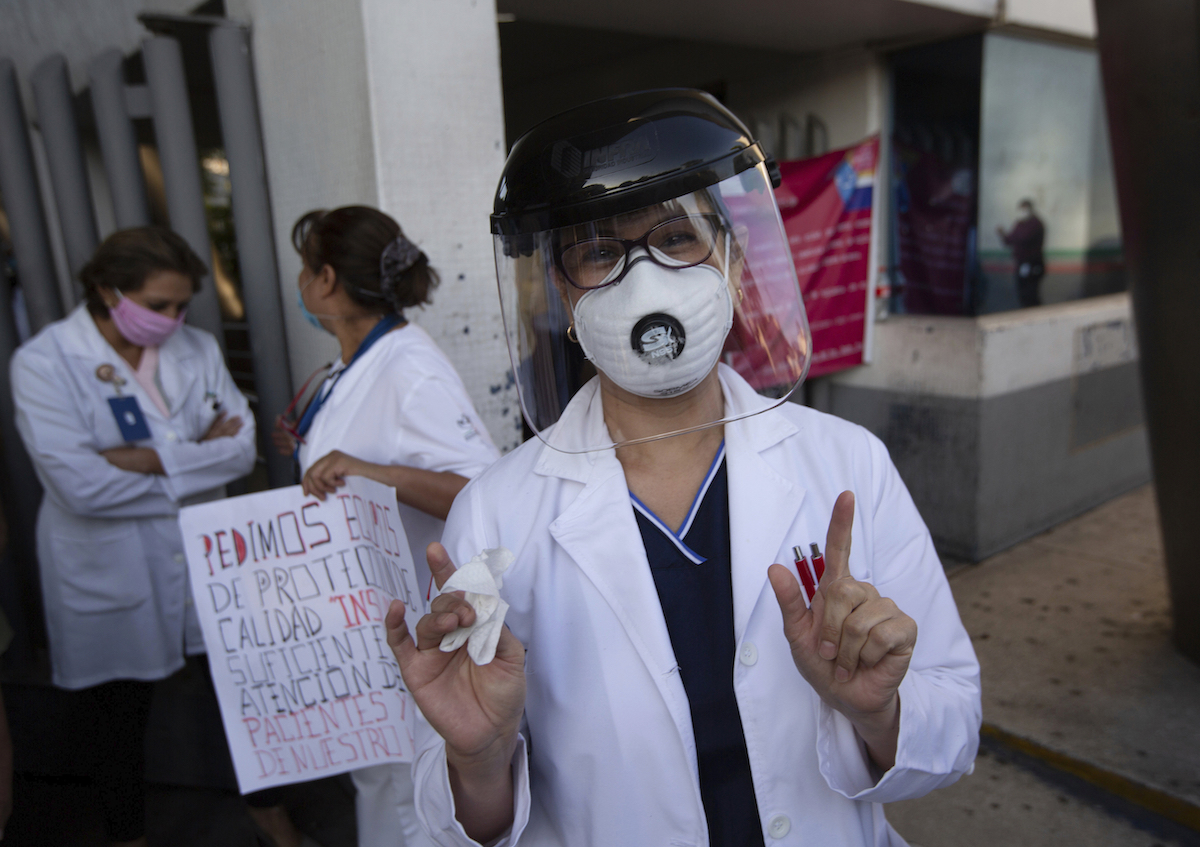 MEXICO CITY (AP) — Mexico’s president acknowledged Monday that drug cartels have been handing out aid packages during the coronavirus pandemic, and called on them to stop.

“It is something that happens, it cannot be avoided,” López Obrador said.

“I don’t want to hear them saying, ‘we are handing out aid packages,’” he said. “No, better that they lay off, and think of their families, and themselves, those that are involved in these activities and who are listening to me now or watching me.”

Videos posted on social media have shown one of the daughters of imprisoned drug lord Joaquín “El Chapo” Guzmán handing out boxes of rice, pasta, cooking oil and toilet paper with Guzman’s image printed on them.

In the past, drug cartels have tried to gain the sympathy of local populations with handouts.

For example, López Obrador noted, fuel theft gangs that drilled taps into pipelines would often leave small amounts of gasoline and diesel for local farmers, to gain their support.

And in northern Mexico, the Gulf cartel and the Northeast cartel have reportedly handed out aid.

López Obrador has sought to avoid open confrontation with drug cartels, opting instead for long-term solutions like job creation, scholarships and job training to reduce the number of recruits available to the cartels.

On Monday, he adopted a similar tone.

“I don’t rule out that there are people in the gangs who are becoming conscious, because I don’t think you can spend your life always watching your back, worrying about another gang, going from one place to another, because you could get eliminated, that is no life at all,” said López Obrador.

Mexican authorities said Monday they have dispatched a total of 4,700 National Guard troops to provide security outside government hospitals.

Hospitals and medical staff have been subjected to abuse and occasional attacks either from residents fearing contagion or relatives of patients upset about their care. Some report having been insulted, having liquids tossed at them or being denied service. Residents who don’t want coronavirus patients in their neighborhoods have threatened to burn hospitals.

Fabiana Zepeda, the head of nursing for the Mexican Social Security Institute, said fellow nurses have suffered 21 attacks or instances of abuse since the pandemic began.

Zepeda’s voice broke as she described how nurses have been told not to wear their uniforms on the street to avoid being the target of abuse or discrimination. Many fear that people in medical uniforms may spread the virus.

“These attacks have hit my profession hard,” Zepeda said. “We are giving our lives in the hospitals.”