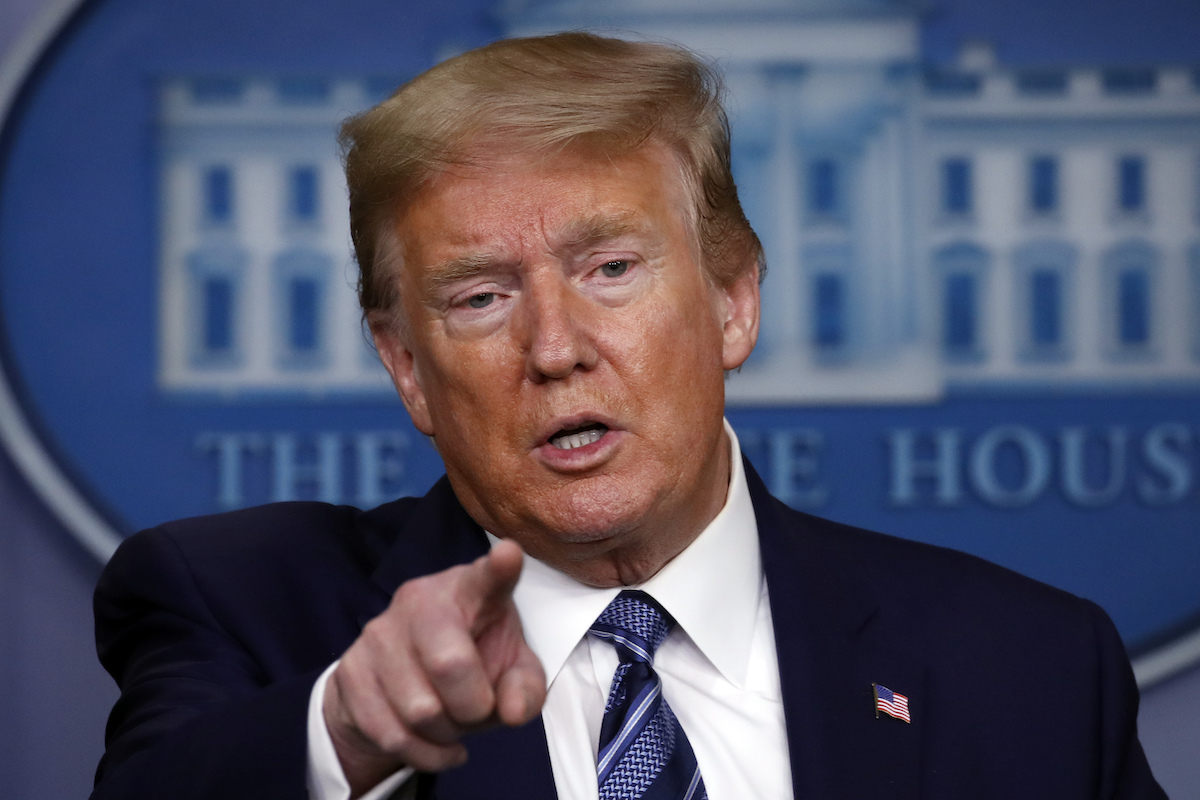 WASHINGTON (AP) — President Donald Trump announced what he described as a “temporary suspension of immigration into the United States” on Tuesday. But the executive order would bar only those seeking permanent residency, not temporary workers.

Trump said he would be placing a 60-day pause on the issuance of green cards in an effort to limit competition for jobs in a U.S. economy wrecked by the coronavirus. The order would include “certain exemptions,” he said, but he declined to outlined them, noting the order was still being crafted.

“By pausing immigration we’ll help put unemployed Americans first in line for jobs as America reopens, so important,” Trump said at the White House. “It would be wrong and unjust for Americans laid off by the virus to be replaced with new immigrant labor flown in from abroad.”

An administration official familiar with the plans, however, said the order will apply to foreigners seeking employment-based green cards and relatives of green card holders who are not citizens. Americans wishing to bring immediate family will still be able to do so, according to the official, who spoke on condition of anonymity before the plan was announced. About 1 million green cards were granted in the 2019 fiscal year, about half to spouses, children and parents of U.S. citizens.

By limiting his immigration measure to green cards, Trump was leaving untouched hundreds of thousands of foreign workers granted non-immigrant visas each year, including farm workers, health care workers and software programmers. The Migration Policy Institute, a nonpartisan think tank, estimated that some 110,000 green cards could be delayed during a two-month pause. Trump said he would consider extending the restrictions, depending on economic conditions at the time.

Trump has long advocated restrictions on both legal and illegal immigration and has raised concerns for years about foreigners competing with American citizens for jobs.

But he denied he was using the virus to make good on a longstanding campaign promise during an election year. “No, I’m not doing that all,” he said. The president has also used the crisis to push other stalled priorities, from tax reform to dramatic border restrictions.

Trump has often pivoted to his signature issue of immigration when he’s under criticism. It’s one he believes helped him win the 2016 election and one that continues to animate his loyal base of supporters heading into what is expected to be a brutal reelection fight. It has also served as a useful tool for distracting from news he’d prefer removed from the headlines.

Much of the immigration system has already ground to a halt because of the pandemic. Almost all visa processing by the State Department has been suspended for weeks. Travel to the U.S. has been restricted from much of the globe. And Trump has used the virus to effectively end asylum at U.S. borders, including turning away children who arrive by themselves and putting a hold on refugee resettlement — something Congress, the courts and international law hadn’t previously allowed.

Criticism of Trump’s announcement was swift, especially his timing during the pandemic. Ali Noorani, president of the National Immigration Forum, noted that thousands of foreign-born health care workers are currently treating people with COVID-19 and working in critical sectors of the economy.

But Jessica Vaughan, director of policy studies at the Center for Immigration Studies, which favors lower rates of immigration, said before the announcement that eliminating millions of work permits and visas would “instantaneously create” new jobs for Americans and other legal workers—even though most businesses are shuttered because of social distancing dictates and stay-at-home orders.

She was less enthusiastic after Trump outlined the plan, tweeting a single word: “Yawn.” 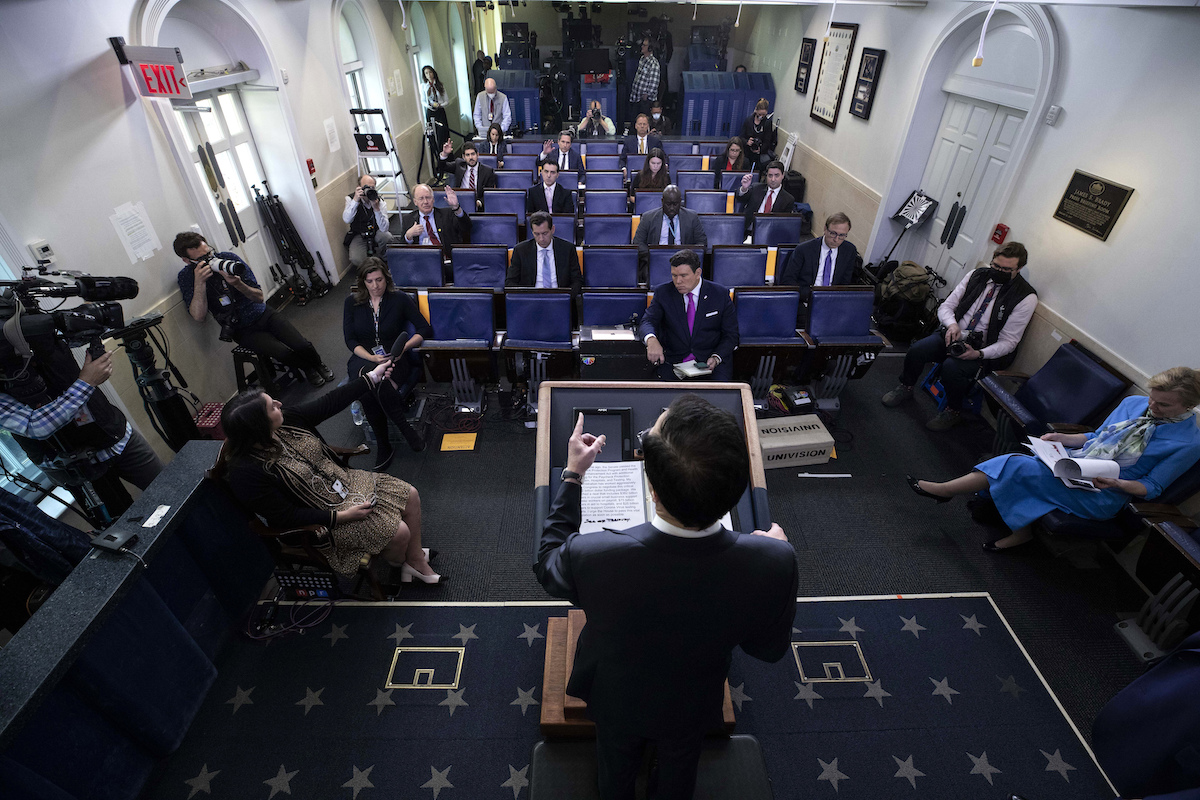 Indeed, Carl Shusterman, who has practiced immigration law since the 1970s, said a 60-day pause would have little impact because the government effectively stopped processing green cards in March.

“The embassies are not open anyway, so this is like nothing new,” said Shusterman. “This announcement doesn’t really change anything unless the embassies were to open up next week or in the next 60 days.”

Trump first announced his intentions in a vague tweet Monday night. Across the country, those who could be impacted waited in suspense through the day. Chicago immigration attorney Fiona McEntee said she had been inundated with calls, emails and social media messages, including from company executives hoping to expand their business in the U.S., a person applying for a fiance visa and wondering about their wedding plans, artists seeking “extraordinary ability” visas and foreign students.

“It has created absolute panic,” said McEntee. “These are people’s lives. … It is irresponsible and cruel to put out something like that without any consideration.”

As is often the case, Trump’s tweet also caught many across the administration off-guard.

Trump has already used the crisis to take dramatic steps to limit immigration. Last month, the administration effectively ended asylum, relying on a rarely used 1944 law aimed at preventing the spread of communicable disease. U.S. borders with Mexico and Canada have also been closed to tourism and recreational travel. Commercial traffic and a wide range of “essential” workers are still allowed to travel freely.

The U.S. is now reporting more COVID-19 cases than any other country in the world, with almost 800,000 Americans infected, according to figures compiled by Johns Hopkins University. More than 42,000 have died.

Trump had been expected to use his authority to slash the number of foreign workers allowed to take seasonal jobs in the U.S. Before the outbreak, the administration had planned to increase the number of H-2B visas, angering people who favor more restrictive immigration policies, including some supporters of the president who view foreign workers willing to accept lower wages as unfair competition to American labor. The Department of Homeland Security later put that plan on hold.

Latino Rebels Editor’s Note: The Center for Immigration Studies has been labeled a hate group by the Southern Poverty Law Center.