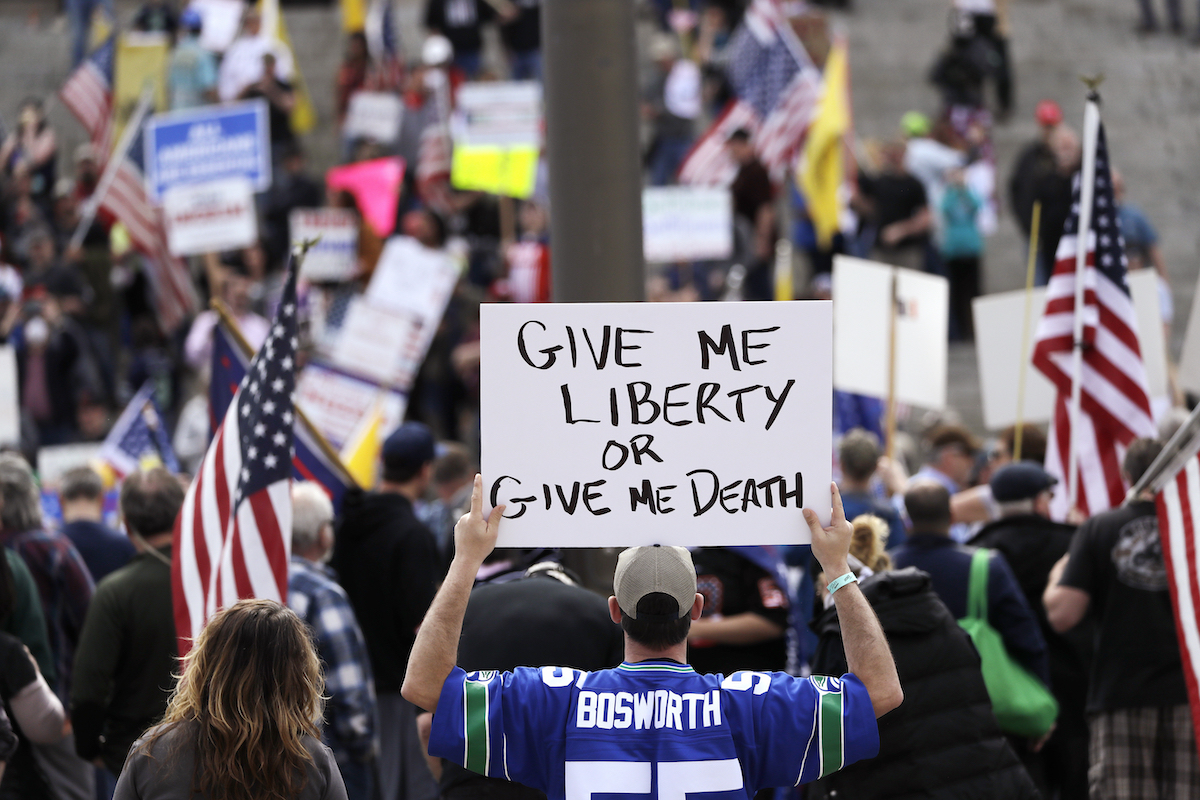 In this April 19, 2020, photo, a man holds a sign in view of the Capitol building at a protest opposing Washington state’s stay-home order to slow the coronavirus outbreak in Olympia, Wash. (AP Photo/Elaine Thompson)

WASHINGTON (AP) — America’s entrenched political divide is now playing out over matters of life and death.

Republican governors, urged on by President Donald Trump, are taking the first steps toward reopening parts of their states’ economies in the midst of the coronavirus pandemic, and without adhering to the president’s own guidelines. Democratic governors are largely keeping strict stay-at-home orders and nonessential business closures in place, resisting small pockets of Trump-aligned protesters and public pressure from the president.

The fault lines are familiar, exposing many of the same regional and demographic divisions that have increasingly come to define U.S. politics, as well as the stark differences in the ways the parties view the role of government in American life. But the stakes go far beyond the normal risks and rewards of an election cycle, instead putting the health and well-being of millions of Americans in the balance.

It could be months before the ultimate consequences of the various shutdown and reopen orders are known. Public health officials concede no one-size-fits all approach exists, and the decisions being made by states are dependent on factors such as the density of major population areas, the capacity of medical resources and the availability of testing.

Yet there’s also an undeniable political tenor to the debate over when and how states should begin easing restrictions. And much of that has been shaped by Trump, who began agitating to reopen businesses almost as soon as they were shuttered, well aware that his reelection prospects in November likely hinge on the strength of the economy. 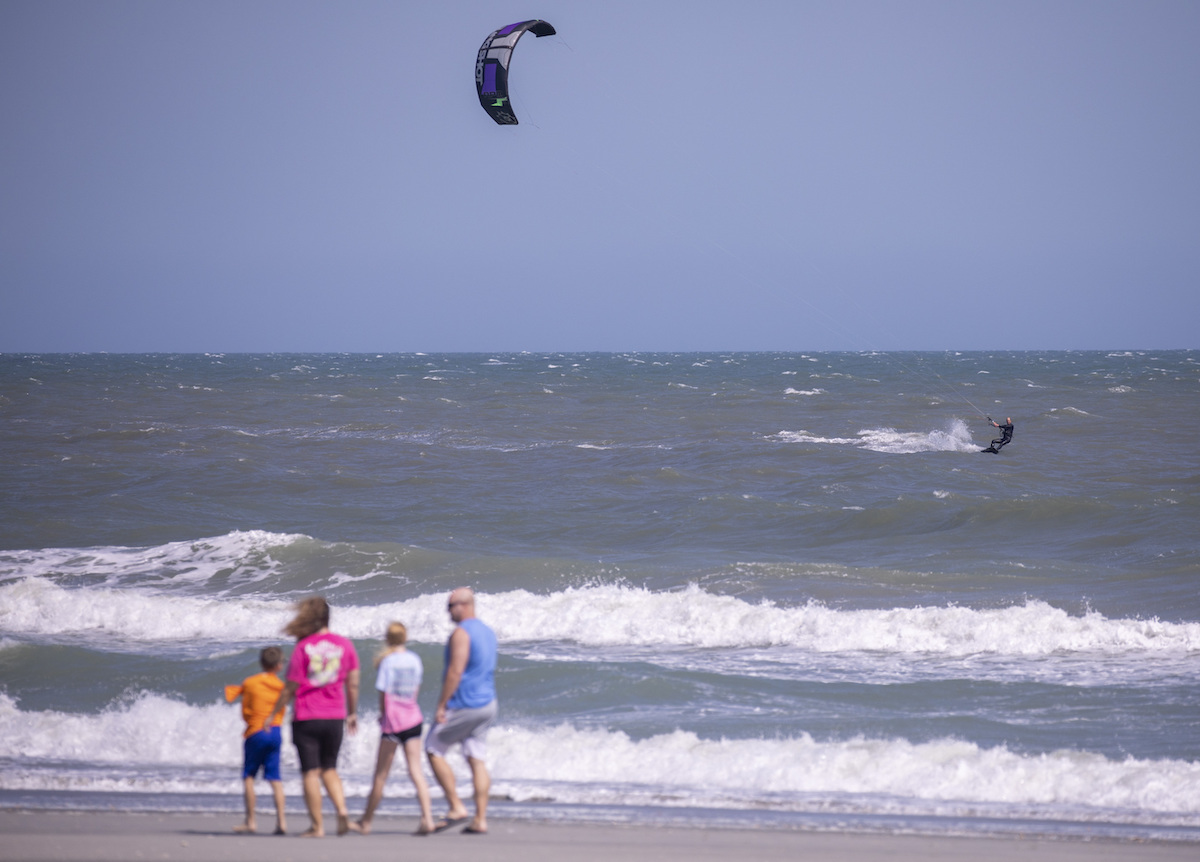 Democrats say they, too, care about the nation’s economic health and getting millions of Americans back on the job. But most are hewing closely to the warnings of top public health officials, who argue that sending people back to work and into their communities prematurely would lead to more outbreaks of the virus and many more deaths.

“The worst thing would be for us to spike the football and think we are outside of the danger zone and to reengage and find another peak of COVID-19,” Michigan Gov. Gretchen Whitmer said Tuesday in an interview with The Associated Press.

Whitmer’s comments came a day after Republican governors in Georgia, South Carolina and Tennessee —all staunch Trump allies— outlined steps to begin opening businesses within a matter of days.

They are a few steps ahead of other GOP governors who also have moved toward reopening businesses. One exception is Colorado, where Democratic Gov. Jared Polis plans to let shelter-in-place orders across the state expire on Sunday.

“Every business is essential. Everything people do is essential,” Polis said. “That’s what’s so frustrating, to try to put things in essential and nonessential buckets. Nobody thinks like that and the world doesn’t work like that.” 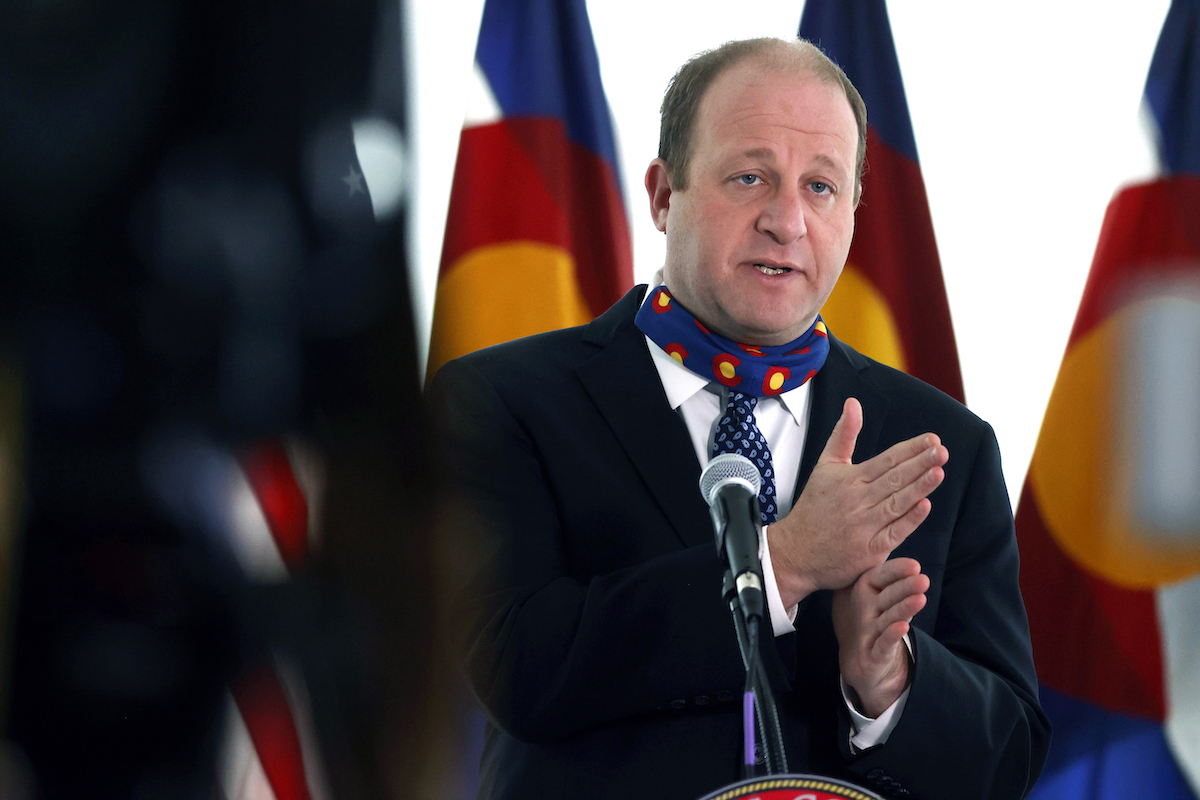 Colorado Governor Jared Polis makes a point during a news conference to outline efforts to stem the spread. of the new cornoavirus Wednesday, April 15, 2020, in Denver. (AP Photo/David Zalubowski)

Polling shows the majority of Americans support stay-at-home restrictions to ease the pandemic—78% in an Associated Press-NORC Center for Public Affairs Research poll this month. But politicians in both parties recognize that the public’s patience may wane in the coming weeks and months as more job losses and other economic hardships take hold.

Officially, Trump is leaving the decisions on easing restrictions in the hands of the nation’s governors. Last week he unveiled a series of guidelines for the states that recommend reopening sectors of the economy in waves that are correlated with infection rates as well as robust testing and tracking systems that would allow states to quickly pull back if new outbreaks occur.

But the president almost immediately undercut his own guidance, exhorting supporters on Twitter to “LIBERATE” some states that do not yet meet conditions for a phased reopening. All of the states Trump singled out are led by Democratic governors: Michigan, Minnesota and Virginia, where he also linked the issue to gun rights.

None has so far acquiesced to his demands.

The ways Americans are experiencing the pandemic have already been shaped by where they live. Many of the hardest-hit areas, where stay-at-home restrictions have been the tightest, are in dense cities in liberal states, including New York and California. Many less populous states, which tilt conservative, have seen lower rates of infection so far and have often had fewer restrictions.

But the virus has not spread along perfectly partisan lines. According to data compiled by Johns Hopkins University, the top 15 states by infection and death rate include Democratic-leaning states, Republican-leaning states and states that swing between the two parties in presidential and statewide elections. 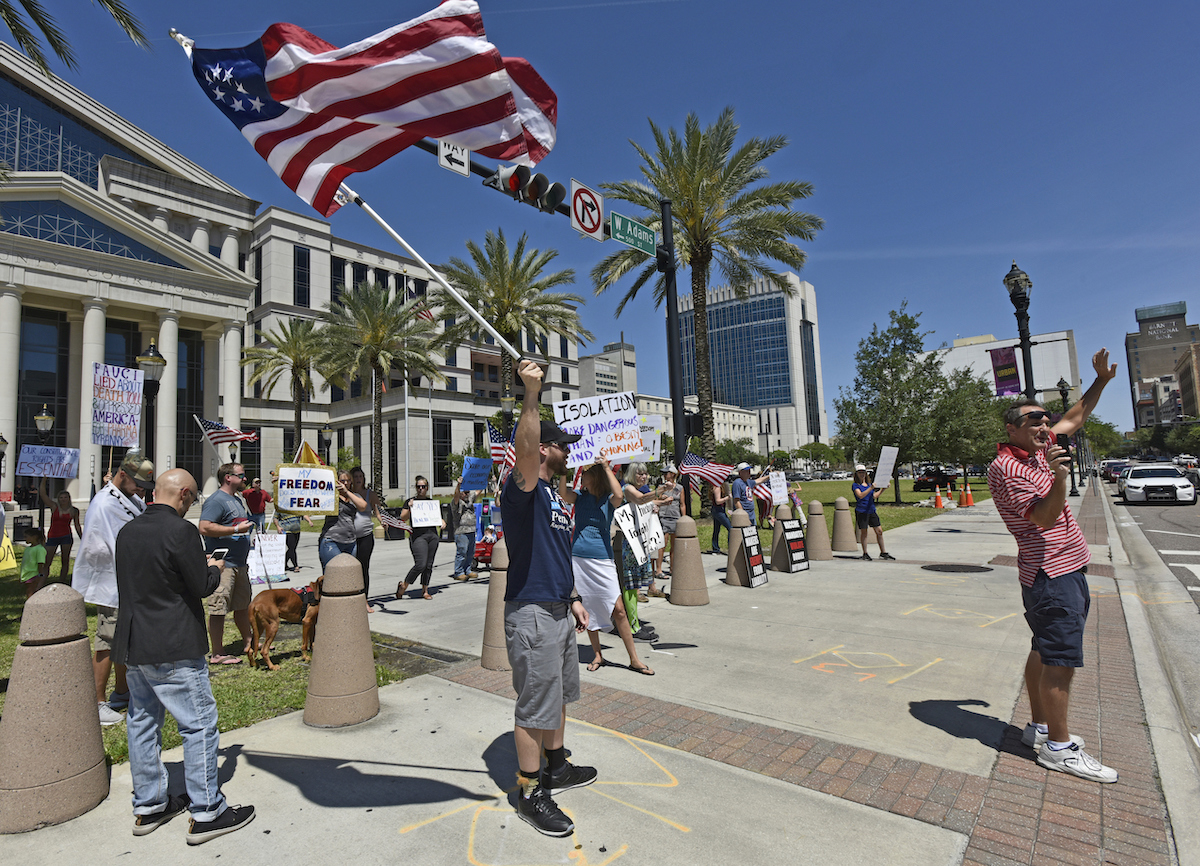 A group of people gathered at the Duval County Courthouse to rally for re-opening parts of Florida and the country that have been closed because of the coronavirus Tuesday, April 21, 2020 in Jacksonville, Florida. (Will Dickey/Florida Times-Union)

Among them: Georgia, which has recorded nearly 20,000 infections and more than 770 deaths. On Monday, Republican Gov. Brian Kemp announced that gyms, hair salons, bowling alleys and other businesses could start opening at the end of this week, with more restrictions set to be lifted in coming days.

The decision by Kemp, a stalwart Trump supporter in a state that is moving increasingly to the center, was met with anger by Democrats in the state. Stacey Abrams, who narrowly lost to Kemp in 2018 and is considered a possible vice presidential pick for presumptive Democratic nominee Joe Biden, said of the governor’s decision: “Nothing about this makes sense.”

In announcing his decision, Kemp conceded that Georgia is likely to see an increase in coronavirus infections, and deaths, as businesses start opening. The risk, he decided, is worth it.

Julie Pace has covered the White House and politics for the AP since 2007. Follow her at @jpaceDC.