Virus Fear Turns Deportees Into Pariahs at Home in Guatemala 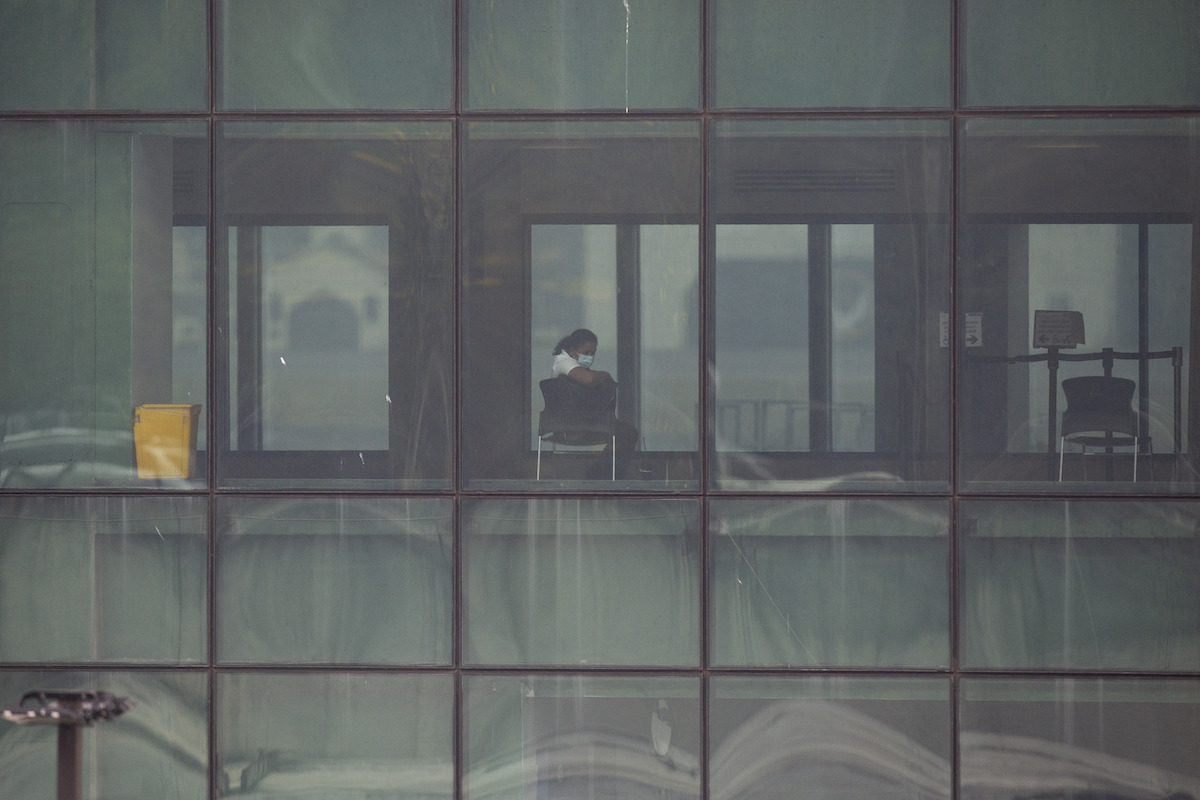 A health worker sits inside an area of the closed La Aurora airport where the government is holding Guatemalan citizens deported from the United States in a temporary shelter as they wait their new coronavirus results, in Guatemala City, Wednesday, April 15, 2020. (AP Photo/Moisés Castillo)

GUATEMALA CITY (AP) — Migrants returning from the United States were once considered heroes in Guatemala, where the money they send back to their hometowns is a mainstay of the economy.

But since the coronavirus pandemic hit, migrants in town after town have been mistreated, run off or threatened by neighbors who fear they will bring the virus back with them from the United States.

Similar mistreatment is being reported across Latin America and the Caribbean. In Haiti, police are guarding a hotel full of quarantined deportees from the U.S.—partly to prevent them from escaping and partly to stop attacks from neighbors frightened of the coronavirus.

For immigrants already shaken by the Trump administration’s hard line on deportation, mistreatment at home is a further blow, and a disturbing illustration of how the pandemic is upending longstanding social norms in unexpected ways across the world.

Vanessa Díaz said her mother heard rumors that neighbors were organizing to keep her from reaching her home in the northern province of Petén after she was deported back to Guatemala on a flight from the United States.

Díaz had to run inside with her 7-year-old son and hide when she arrived.

“When we arrived my mother said, ‘Get out of the car and run into the house.’ She was afraid they were going to do something to us,” Díaz recalled.

The Guatemalan government says at least 100 migrants deported from the United States between late March and mid-April have tested positive for COVID-19. Even those who, like Díaz, are not infected —she was placed in quarantine at home for two weeks after arriving last month on flight where nobody tested positive— carry the stigma.

“The assistant mayor was going around egging people on, because they wanted to kick me and my son out of my house,” Díaz said. 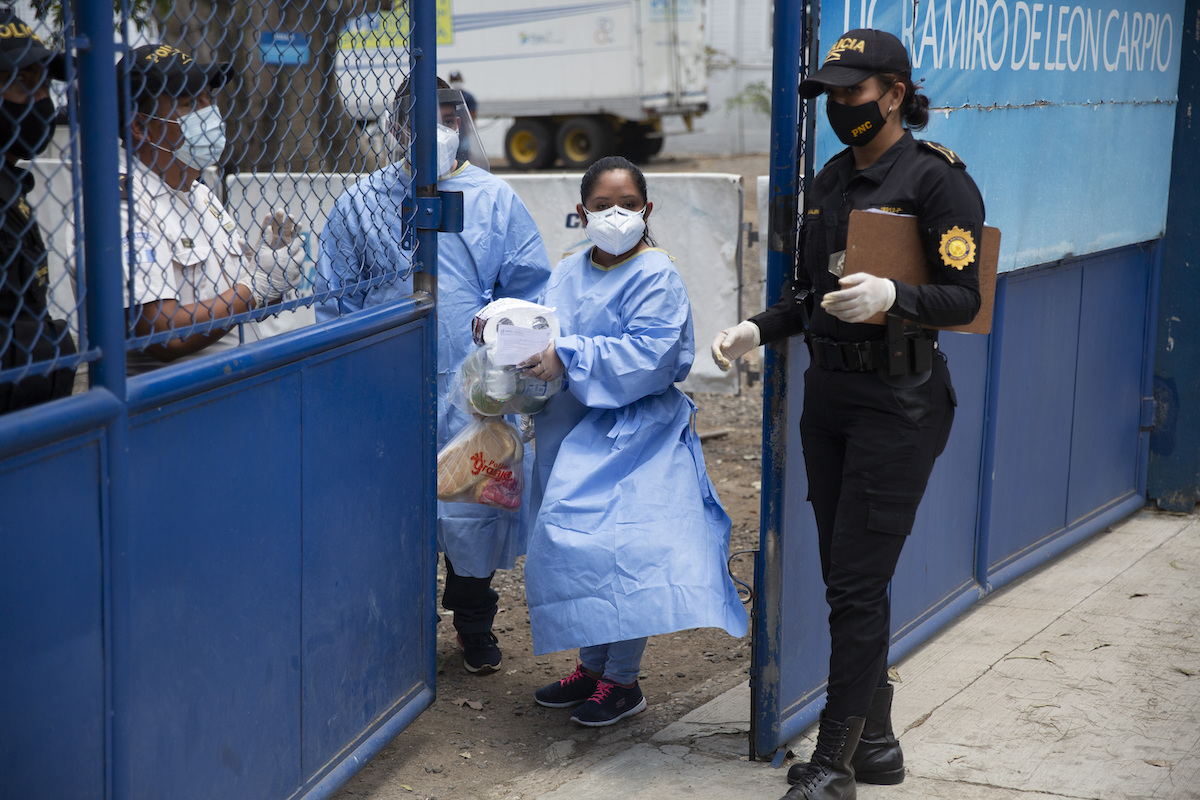 Health workers bring in supplies delivered by family members to a temporary shelter for Guatemalan citizens deported from the United States where deportees must wait for their new coronavirus test results, in Guatemala City, Thursday, April 16, 2020. (AP Photo/Moisés Castillo)

The fear hasn’t subsided; Díaz’s mother must shop for food for them all, because her daughter doesn’t dare venture out. The mother has filed a complaint with police, because she’s afraid neighbors might yet attack the house.

“I am afraid. The police came to the house and left their phone number, so we can call them” if there’s any trouble, Diaz said. But reason and the threat of legal action appear to mean little. “I have a document that says I do not have the disease,” Díaz said, referring to a letter given to her by the Public Health Ministry when she was sent home to self-quarantine.

Díaz left Guatemala on February 14 and was caught entering the U.S. two weeks later. She and her son spent more than a month in detention in Texas before they were deported.

The treatment of returning migrants by their own countrymen has become a matter of concern for President Alejandro Giammattei, who issued an appeal last month to stop the harassment.

“A few months ago, many people were happy to get their remittances checks,” Giammattei said, referring to the money migrants send back to their home country. “Now, the person who sent those checks is treated like a criminal.”

He stressed that through steps like quarantines and health checks, authorities are trying to guarantee that returning migrants are free of the virus.

But on social media, videos have been posted of angry residents chasing fellow Guatemalans deported from Mexico who had escaped from a shelter in the western city of Quetzaltenango where they were supposed to be in quarantine, even though there have been no coronavirus cases among migrants deported from Mexico. 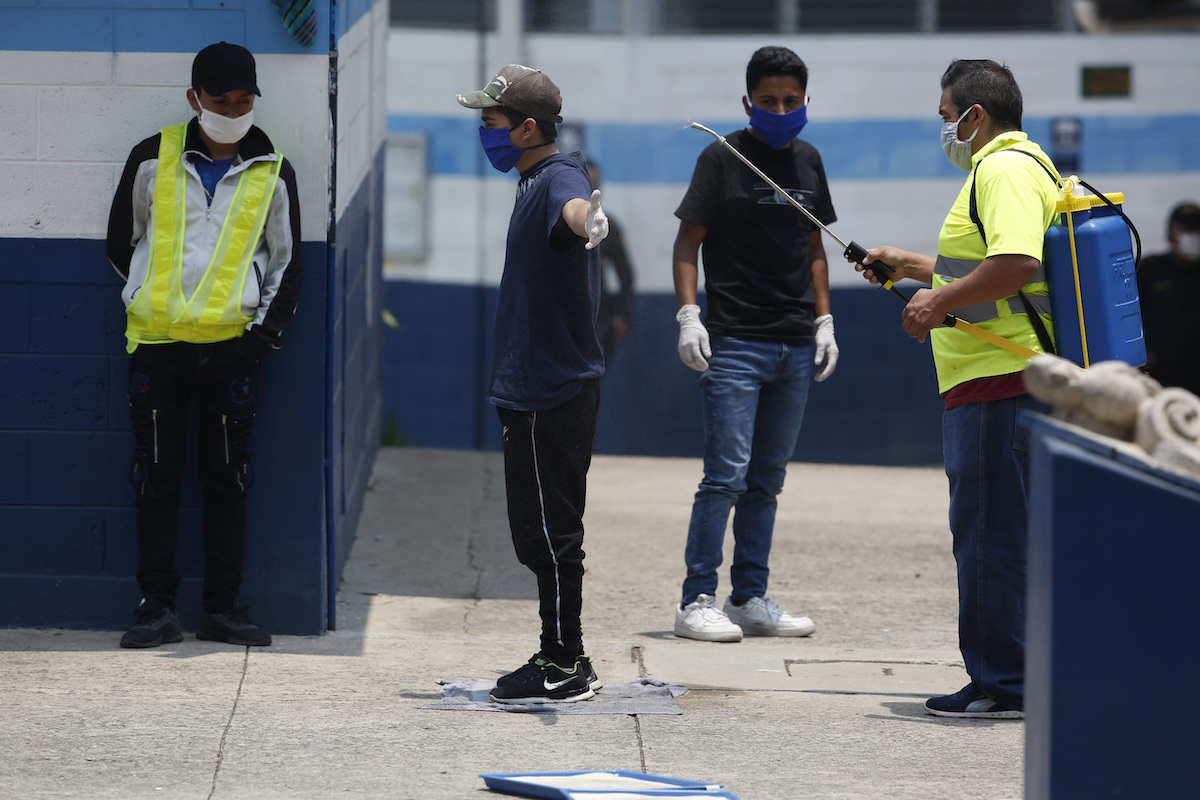 A man is disinfected by a health worker at the site where Guatemalans returned from the U.S. are being held in Guatemala City, Friday, April 17, 2020. (AP Photo/Moisés Castillo)

And when one migrant deported from the United States who tested positive for the virus left a hospital in Guatemala City where he was supposed to remain in isolation, the persecution was almost immediate. The local radio station Sonora es la Noticias identified the man by name, posted photos of him and asked citizens to find him; comments on social media quickly turned brutal, with some suggesting the man should be killed. A judge eventually ordered his arrest because he could infect others, but he remains at large.

More than 680 people have tested positive for the coronavirus in Guatemala, including those deported from the U.S., and at least 17 have died. Both figures are considered significant under counts because testing has been so limited.

Ursula Roldán, director of the Institute for Research on Global and Territorial Dynamics at Rafael Landívar University, said the government hasn’t set up shelters for returning migrants or carried out public education programs in their hometowns.

“The migrants aren’t to blame. They have made so many sacrifices on their journey, they have sustained the economy of this country,” Roldan said.

Roldán also blamed the U.S. government for deporting people with the virus, and of fostering anti-immigrant sentiments.

“Unfortunately, the tone regarding the migrants gets more aggressive when there are official statements, like for example when President Donald Trump depicts migrants as a danger in his speeches,” Roldán said.

“How is it possible that both the governments of the United States and Mexico continue to deport people, during a crisis that has exposed the precarious nature of our health care system and a lack of effective strategies to contain the pandemic?” the council said in a statement. 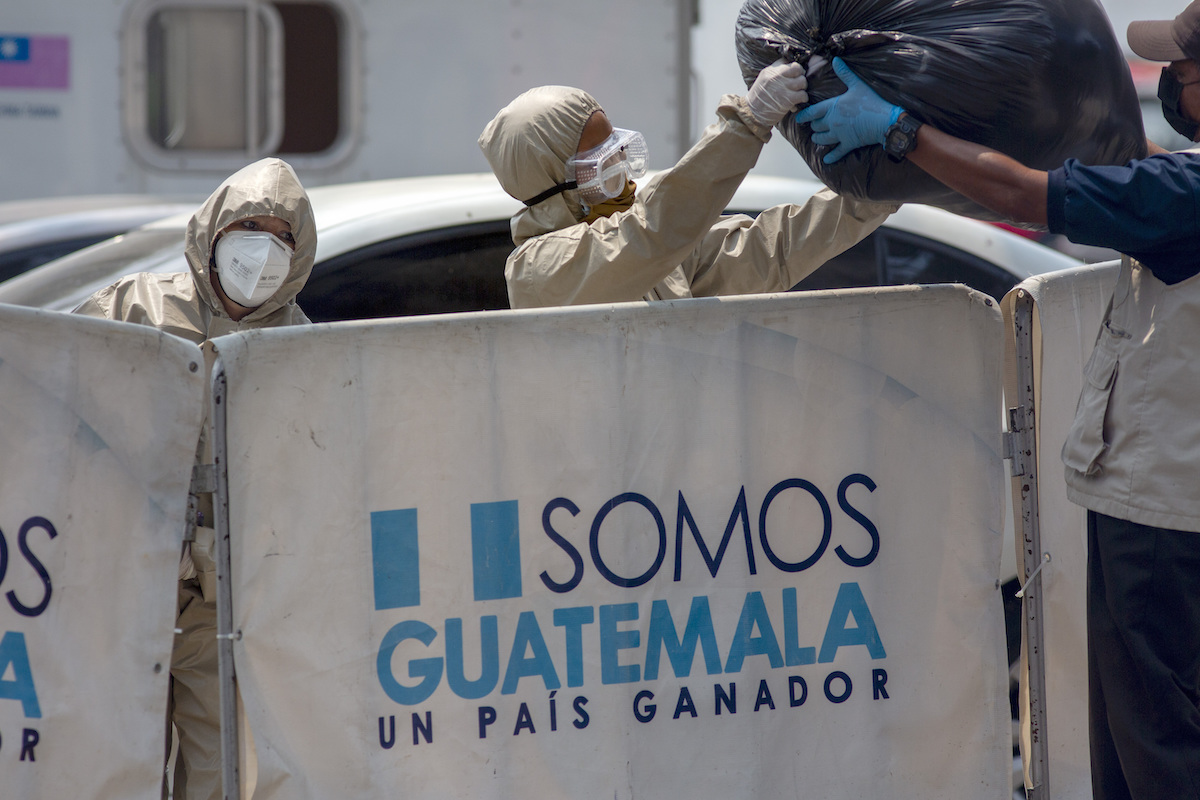 “The example being set by both governments before the whole world is that they do not have the slightest sense of humanity,” it said, while not sparing criticism of Guatemalan society, too.

“This isn’t about finding fault with others, when we here in Guatemala are witnessing the lack of solidarity in those towns that haven’t allowed their fellow Guatemalans to return,” the council said. “When they sent money home, people congratulated them and praised them. Now, when they are deported, without a dollar in their pocket, they are rejected and suffer discrimination.”

Meanwhile, Díaz is faced with the prospect of finding a job in a hostile town, penniless after her failed bid to reach the United States.

Asked what she would do after her quarantine ended Saturday, Díaz said: “Look for work.”