AMLO Denies Rise of Violence Against Women During Lockdown 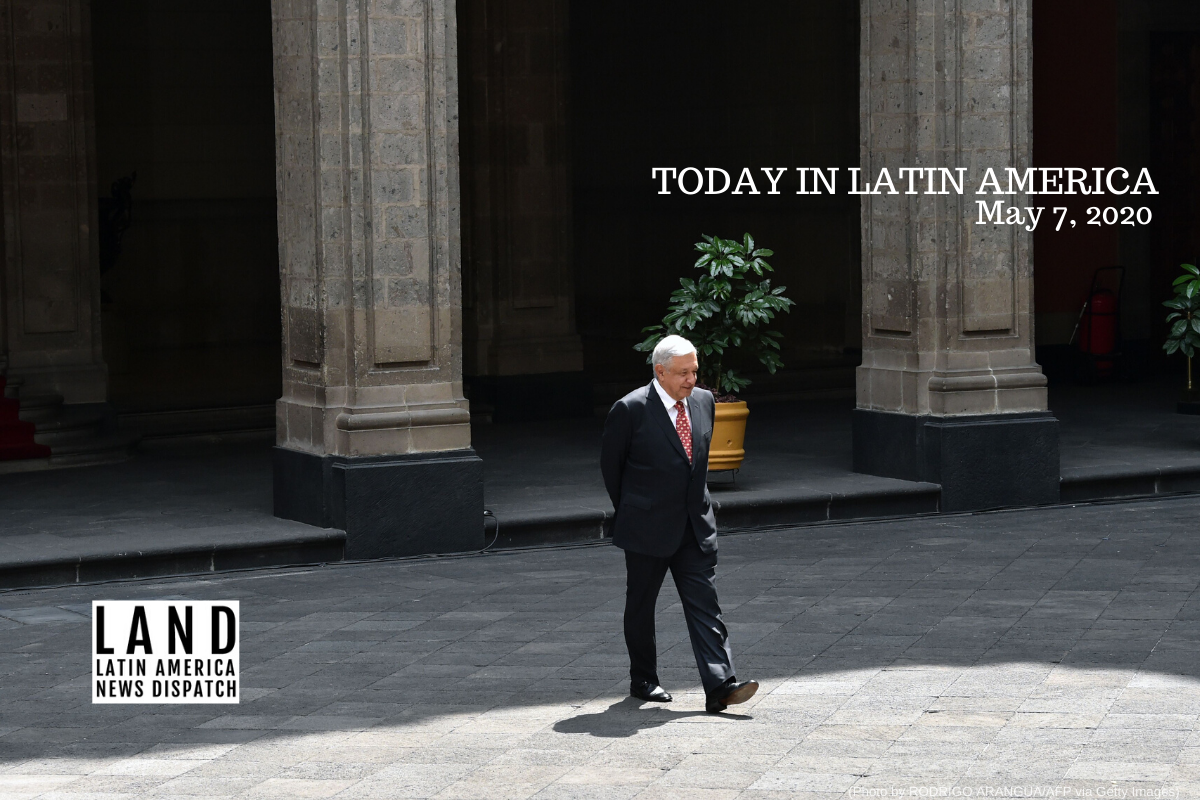 MEXICO: President Andrés Manuel Lopéz Obrador on Wednesday stated that violence against women has not increased since Mexico began a national lockdown due to the novel coronavirus. During a press conference, López Obrador said there has been “no increase in complaints” from women, despite several reports citing otherwise. Domestic abuse helplines reported receiving nearly four times more calls than in recent years. In March, police also saw a rise in calls regarding domestic abuse by a quarter.

Almost 1,000 women have been murdered in Mexico in the first three months of the year, in comparison to 890 murders last year. Nearly 250 of these murders are attributed to femicide, or the act of killing a woman because of her gender. Across the region, domestic abuse rates have drastically increased since countries began nationwide lockdowns. Nearly 20 million women and girls experience sexual and physical abuse each year in Latin America.

Mexico has reported over 27,000 cases of COVID-19 and 2,704 deaths as of Wednesday night. Experts say these numbers are most likely higher due to an insufficient number of tests available. López Obrador has been heavily criticized for not taking measures against the coronavirus sooner, and downplaying its effects. The country is currently on lockdown until May 30.

BRAZIL: São Luís, the capital of Maranhão state, has become the first major city in the country to implement a partial lockdown, months after the onset of the coronavirus pandemic. The city’s 1.5 million population is joined by residents of three neighboring cities that make up some of the country’s poorest regions. Gov. Flávio Dino announced the quarantine will last a minimum of 10 days. President Jair Bolsonaro continues to deny the need for a country-wide shut down, despite seeing the largest rise in daily deaths Tuesday since the beginning of the outbreak.

VENEZUELA: President Nicolás Maduro released a video of detained American mercenary Luke Denman yesterday, claiming Denman’s testimony is proof of U.S. involvement in his failed kidnapping. In the video, Denman describes a $100,000 contract with a Florida- based company backed by U.S. President Donald Trump. Some believe the confession may have been coerced. At the same time, the Trump administration announced it would launch its own investigation and “use every tool” available to secure the release of the detained Americans.

PERU: As the number of confirmed COVID-19 cases reaches more than 50,000 across the country, Peru now has the second-highest number of cases in South America. While expanded testing has contributed to the jump in diagnoses, the country has also witnessed an outbreak in reopened market places, prisons and homeless communities. Lower-income communities also fear a second spread, as many break quarantine to go back to work in high-contact industries like mining. The country reports the third highest number of deaths in the region, despite being the first to implement quarantine measures over a month ago.

HAITI: During the organization’s weekly press conference on May 4, the head of the Pan American Health Organization (PAHO) warned of the possibility of famine and further social unrest in Haiti as a result of the coronavirus pandemic. Though confirmed cases in the country hover at around 100 out of 600 tests performed, the PAHO director highlighted that a third of those cases have been confirmed to be a result of local transmission, making the probability of further propagation “extremely high.” Thousands have already crossed the border back into Haiti from the Dominican Republic, which has more than 8,800 cases. With a weak health care system in place coupled with continuous political instability, health experts expect the crisis to exacerbate food insecurity in the country, where a third of the population already lived with food shortages before the pandemic.

COSTA RICA: The government announced on Tuesday that it had isolated the country’s Central Regional Apprehension Center (CARC) for migrants after confirming a coronavirus outbreak within the facility north of the capital. After two detainees being held at the center were confirmed positive for the coronavirus on Monday, officials reported on May 5 that 12 out of the 13 new confirmed cases in the country for that day were related to the detention center. Those who are infected are to remain within the facility with strict monitoring from the Health Ministry. Costa Rica has taken a number of steps to fortify its borders during the pandemic, including setting up an airbase on its shared border with Nicaragua.

PANAMA: President Laurentino Cortizo announced two measures on May 5 to mitigate the economic effects of the pandemic. One will suspend payments on public services —including electricity, internet, and phone bills— for the next four months, and one places a moratorium on a number of payments until December 31.

The president vetoed part of a bill that would have placed a 90-day moratorium on payments for mortgages, six types of loans, and credit cards after reaching an agreement with the Panama Banking Association to extend the moratorium until the end of the year. The measures come weeks after Panama’s Labor Ministry reported that, as of April 15, some 50,000 Panamanians had their work contracts suspended between March and April, leaving them without pay but not necessarily fired.

U.S.-MEXICO-BORDER: Coronavirus related deaths surpassed 100 in the border town of Juárez, Mexico. Health experts warn that the virus has yet to peak on the south side of the United States border, with death rates in the town of Juárez already reaching 24 percent. A lack of available testing has also made experts believe that the true number of COVID-19 cases near the border may actually be significantly higher. Both the U.S. and Mexico recently agreed to extend restrictions on nonessential travel across the border for another month in an attempt to stop the spread of the virus.

UNITED STATES: The Department of Homeland Security said it is monitoring the spread of COVID-19 in Mexico and neighboring countries, out of concern that failed health policies might drive migrants and the virus into the United States. U.S. Customs and Border Patrol has also been involved in monitoring the public health status of border cities. Officials in Homeland Security told CNN that the administration conducts biweekly meetings on the status of Mexico, with a focus on the status of health infrastructure.

Mexico is sadly experiencing very big CoronaVirus problems, and now California, get this, doesn’t want people coming over the Southern Border. A Classic! They are sooo lucky that I am their President. Border is very tight and the Wall is rapidly being built!

Earlier this week, President Donald Trump tweeted that the country “doesn’t want people coming over the Southern Border” and members of his administration have pushed to tighten restrictions on migration across the border.