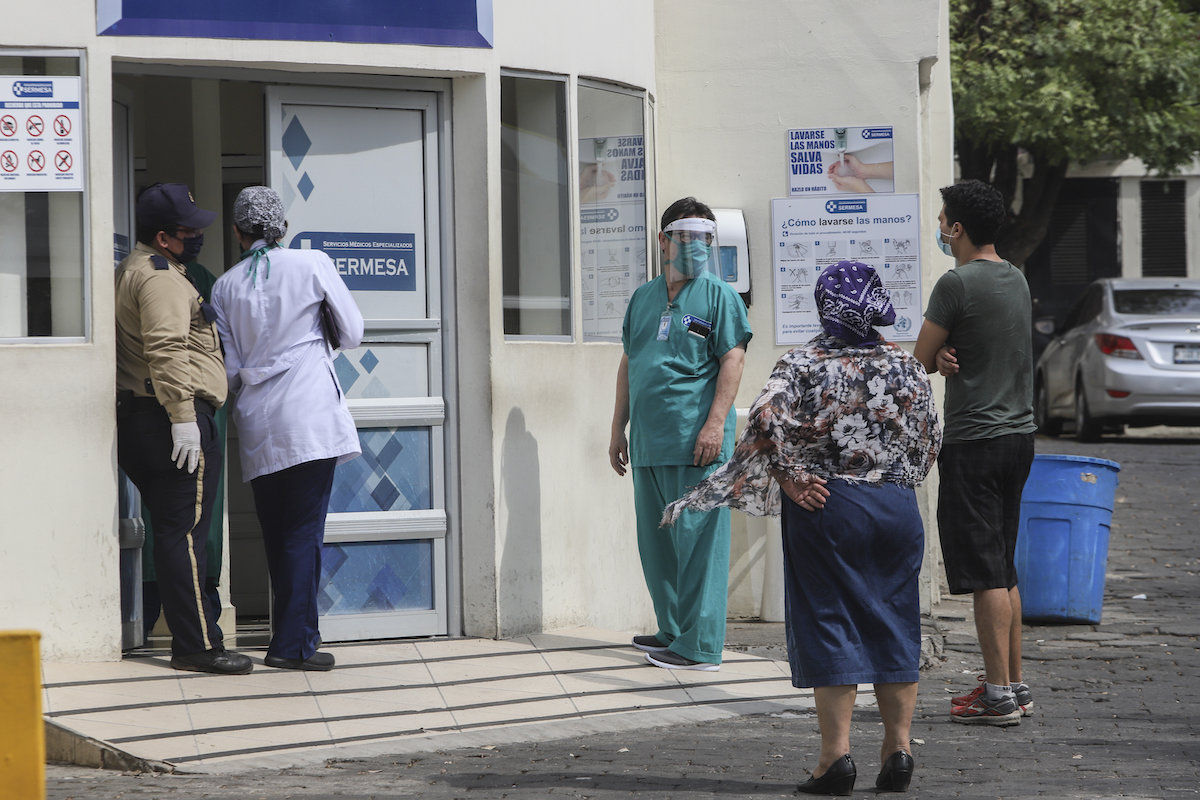 A medical worker wears a mask and a face shield at the entrance of the SERMESA hospital in Managua, Nicaragua, Monday, May 11, 2020. (AP Photo/Alfredo Zuniga)

MANAGUA, Nicaragua (AP) — Nicaragua released more than 2,800 prisoners Wednesday, one day after the death of an inmate who reportedly had suffered from respiratory problems and while the government maintained there was no local spread of the coronavirus in the country.

The government said in a statement that it was releasing the prisoners to house arrest as a gesture for upcoming Mother’s Day, but also mentioned that the release included elderly inmates and those with chronic illnesses. It made no reference to COVID-19, which has emerged in prison populations around the world and poses a greater risk to people in those categories.

Valle, a member of an opposition coalition, said relatives had spoken to the 60-year-old Pérez a day before his death and he had told them he was starting to feel better. The government has not confirmed the death of Pérez, who was serving a sentence for drug trafficking.

Yonarqui Martínez, a lawyer who did not represent Pérez but closely monitors prisoners, confirmed that the man was quickly buried Tuesday. He died in a Managua hospital that has become Nicaragua’s primary care center for suspected COVID-19 cases.

Martinez said at least 26 political prisoners have been reported to be suffering from symptoms of COVID-19.

“They have fever and severe respiratory problems, but they haven’t taken them to the hospital or tested them for the coronavirus,” she said.

Relatives of political prisoner Uriel José Pérez reported to the Permanent Commission on Human Rights, a nongovernmental group, that the 29-year-old had been removed from the same prison in Tipitapa and hospitalized with severe pneumonia. They said he was in intensive care and on a ventilator.

Martínez had requested release or change of detention conditions for 15 prisoners with chronic health conditions, but said 12 were rejected and three had not been answered.

Nearly half of the prisoners released Wednesday came from the Modelo prison in Tipitapa, where Martínez said most of the ill political prisoners are held. None of the approximately 90 political prisoners detained and still held following anti-government protests that began in April 2018 was believed to have been included in the release.

The Nicaraguan government has only reported 25 confirmed COVID-19 cases and eight deaths, far lower than other countries in the region. Reports have emerged of “express burials” carried out by public hospitals without families being present and growing numbers of deaths classified as atypical pneumonia.

One response to “Nicaragua Releases More Than 2,800 Inmates Amid Pandemic”