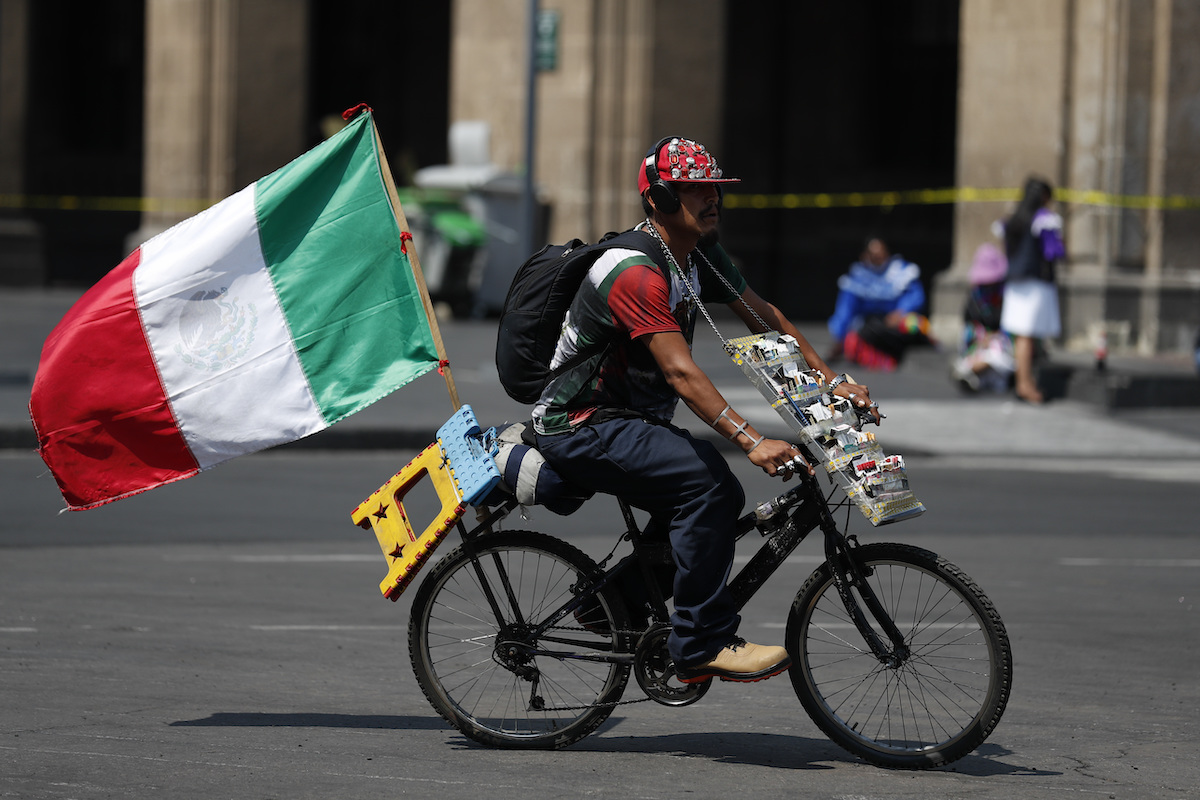 A man selling cigarettes rides a bike with a Mexican flag attached, as he passes roped-off government buildings in the Zócalo, Mexico City’s main square, Monday, May 11, 2020. (AP Photo/Rebecca Blackwell)

MEXICO CITY (AP) — As Mexico moves toward a gradual reactivation of its economy Monday, the number of new coronavirus infections grows higher every day, raising fears of a new wave of infections that other countries have seen after loosening restrictions.

President Andrés Manuel López Obrador is straddling the issue, telling the public that the fight against the virus depends on continued social distancing in many places while describing how other areas will begin to return to work Monday.

“We’re at the point where we begin to have fewer cases,” López Obrador said Friday. “But in these days we have to be more careful, not relax the discipline, don’t trust ourselves.”

The comments came on the same day the government clarified guidelines for the construction, mining and automotive industries to return to work Monday. The next two weeks will serve as a period to formalize their protocols to keep workers safe, but if they do so and get approval they can open any time before June 1.

There were 2,409 new COVID-19 test confirmations Thursday, the first time that number has exceeded 2,000 in one day. “We are at the moment of the fastest growth in new cases,” said Assistant Health Secretary Hugo López-Gatell. “This is the most difficult moment.”

Health officials have said the real number of infections is far higher. Mexico has a lower rate of testing for the virus than any of the world’s largest economies, according to the Organization for Economic Cooperation and Development. 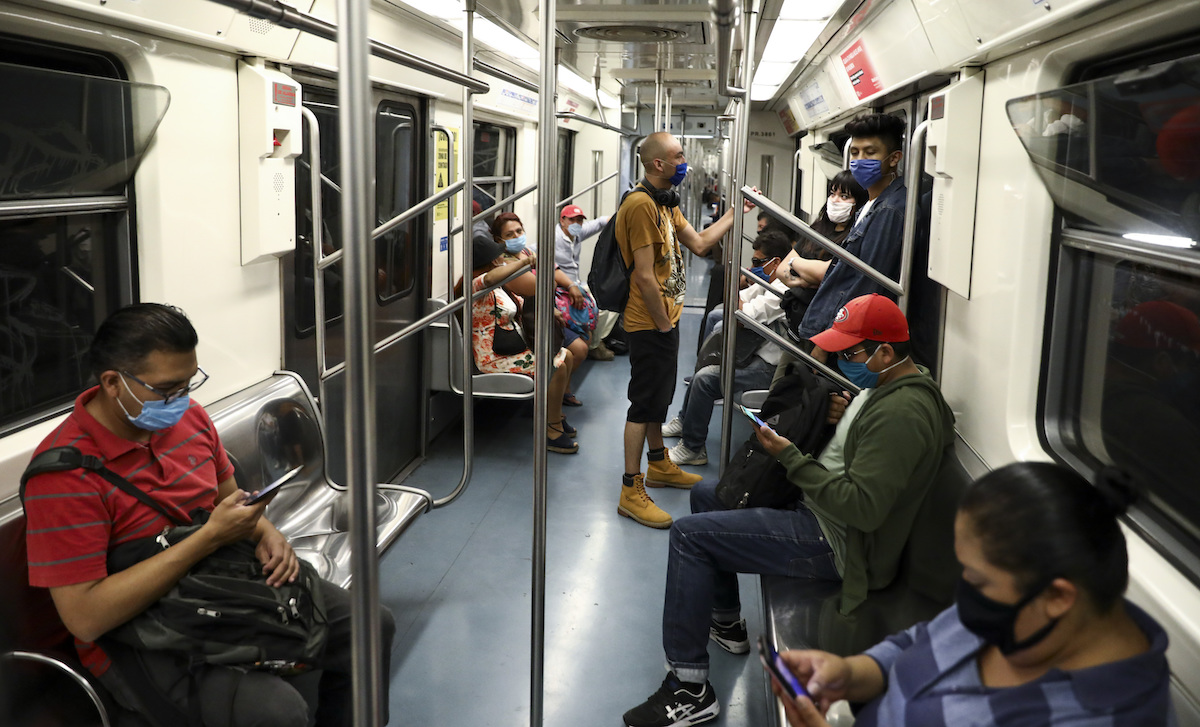 The country’s lockdown —which began in March— will remain in place, but those particular industries will be allowed to resume because Mexico’s top advisory body on the pandemic, the General Health Council, said Tuesday it had decided to classify them as “essential activities.”

There were signs that hospital capacity was nearing its limit Mexico City, the hardest-hit area. The Health Department reported that 73% percent of the city’s general care hospital beds were full; the percentage was lower for intensive-care beds, but that was partly because of the expansion of improvised ICU units at hospitals and other venues.

There is concern in the medical community that talk of relaxing social distancing measures is coming too soon and could lead to a devastating second wave of infections as resources dwindle and medical personnel are running on fumes. 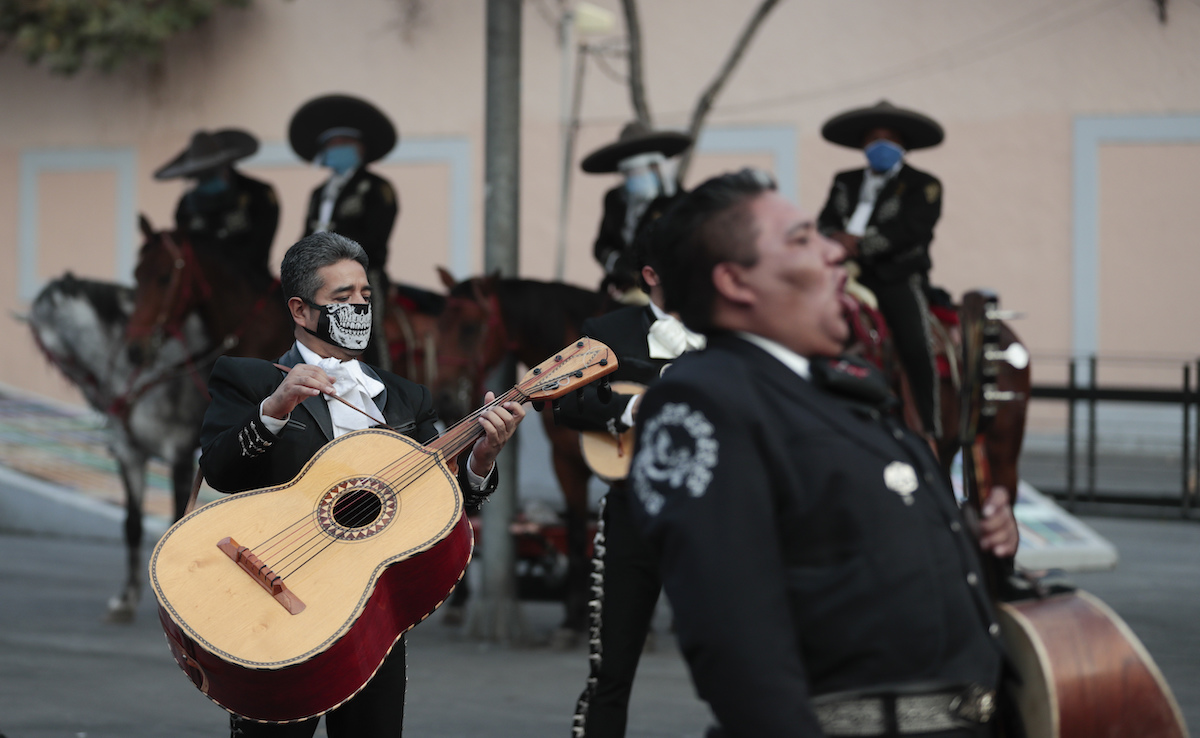 Guatemalan President Alejandro Giammattei announced Thursday night that he was putting the country back on lockdown after a surge of new infections in the first week after he allowed shopping centers to reopen.

Guatemalans will be under a 24-hour per day stay-at-home order through the weekend. The restriction will loosen Monday to a 5 p.m. to 5 a.m. curfew for the week.

“Without health, life isn’t possible, nor the economy,” Giammattei said.