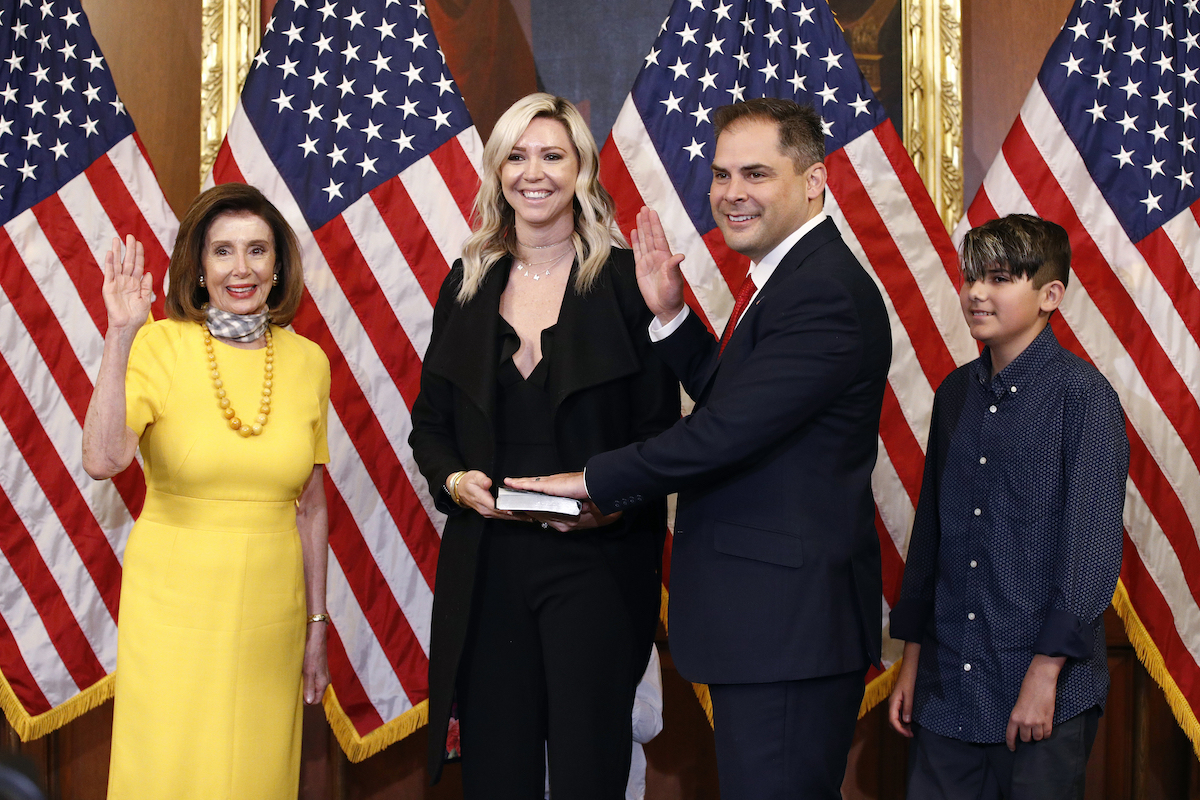 LOS ANGELES (AP) — California Republicans have been waiting for a turning point and some think it’s finally arrived.

The party of Presidents Richard Nixon and Ronald Reagan has been fading in California for years: Democrats control every statewide office, dominate the Legislature and hold all but eight of the state’s 53 U.S. House seats. The GOP’s deficit in voter registrations: a staggering 4.4 million.

But the victory last week of a President Donald Trump-supporting former Navy pilot in a contested U.S. House race north of Los Angeles has emboldened Republicans.

The GOP hit a humiliating low in 2018 when Democrats picked up seven Republican House seats in the state, even driving Republicans out of the one-time conservative fortress of Orange County. The rout helped Democrats retake the House.

The same year, the number of registered independent voters eclipsed Republicans in the state, reducing the GOP to third-place status.

After the losses, Republican National Committee member Shawn Steel said the state party had “reached the point of desperation” and was “completely outmatched” by state Democrats.

But the 10-point win by newcomer Mike Garcia over Democratic Assemblywoman Christy Smith in the 25th District —the kind of suburban swing district both parties covet— gave the GOP a rare moment of celebration, though it’s significance for November is open to debate.

It was the first time in over two decades that a Republican captured a Democratic-held congressional district in California. He was sworn in Tuesday.

Whether Garcia’s win was a sign of shifting politics or an aberration will be tested in Orange County, where Republicans hope to retake as many as four seats, all or partly in the county, lost in 2018.

Once a foundation block in the modern conservative movement and the rise of the Reagan revolution, the county has been a center for push-back against Democratic Gov. Gavin Newsom’s stay-at-home orders aimed at stemming the spread of the coronavirus.

Three weeks ago Newsom shut down the entire Orange County coastline after a heat wave drew large crowds to beaches in violation of state rules. A day later protesters filled the streets of the surfing mecca of Huntington Beach.

Garcia’s win “is a harbinger” for the November elections, Steel said.

Steel’s wife, Michelle Steel, chair of the Orange County Board of Supervisors, is on the ballot in the coastal 48th District, where she’s trying to oust freshman Democratic Rep. Harley Rouda. She seized on the beach shutdown to criticize Rouda, saying he postured rather than take on Newsom. The beaches were later reopened, albeit with restrictions including no sunbathing. 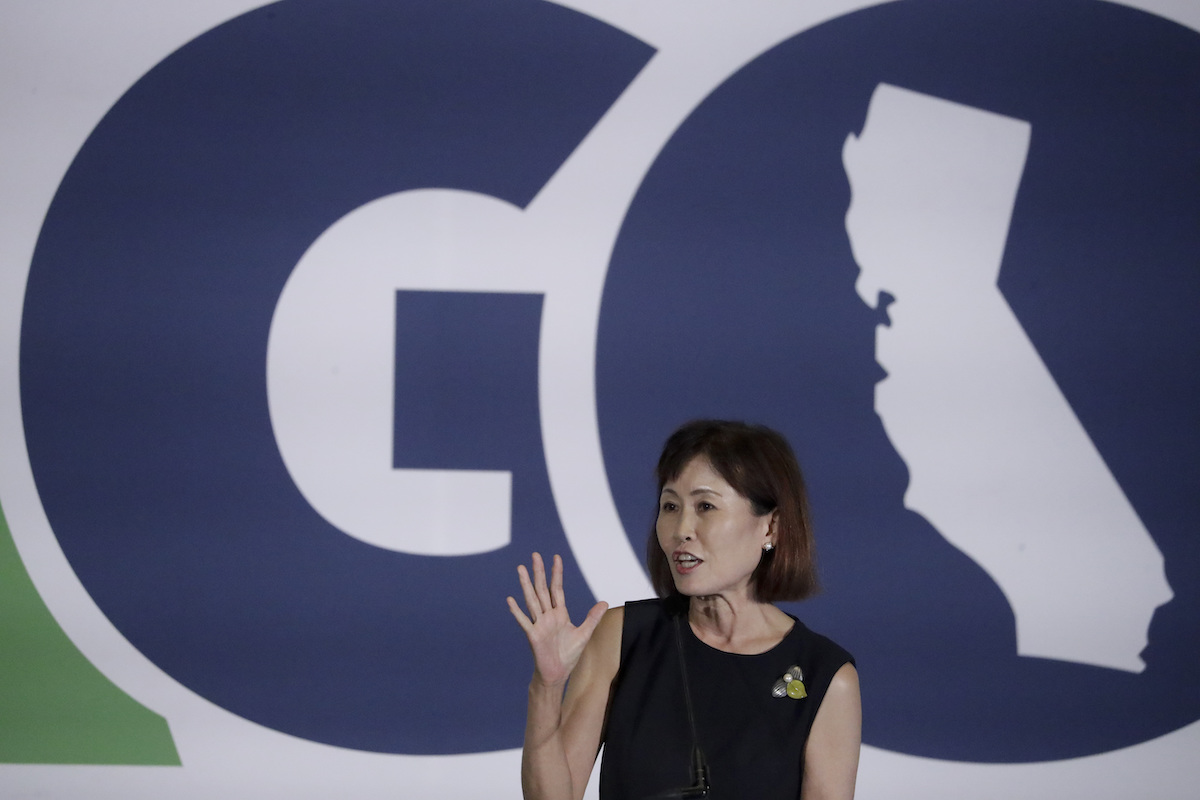 Republican Congressman Elton Gallegly, who served 13 terms before retiring in 2013, described Garcia’s victory as a “first domino” in a GOP turnaround. “We are going to see others fall,” he predicted on election night.

A welcoming sign for the GOP: Garcia appears to have performed well with independents, who make up about one in four voters in the state and typically lean Democratic. And running as an outsider against California’s Democratic leadership, Garcia likely benefited from restlessness among many voters after nearly two months under government stay-at-home orders.

Indeed, the Republicans running for House seats this fall are positioning themselves as challengers to the status quo. They’ve been attacking the Democratic incumbents as sellouts who ran two years ago as moderates, only to fall in line under House Speaker Nancy Pelosi’s leadership.

Politics swing in cycles, with change usually triggered by some type of crisis. Republicans are hoping the current environment in Democratic-controlled California plays to their favor, with many residents unhappy with stay-at-home during the coronavirus outbreak, the economy sinking, drastic budget cuts in Sacramento and a long list of persistent problems, from homelessness to a housing shortage.

The challenges of the pandemic “create a cloudy picture for November,” said Democratic consultant Andrew Acosta. “Yes, Trump will be on the ballot. But what is the rest of the narrative, especially when you factor in budget cuts and a debate over taxes?”

But there are also factors that could make the GOP’s optimism misplaced.

Garcia’s win was under unusual circumstances: A special election, in the middle of May, with most residents under stay-at-home orders and traditional campaigning halted. His win was powered by reliable, older GOP voters, while it appears younger, more fickle Democrats stayed away.

And in November, the electorate will be far different.

Presidential elections typically draw a large Democratic turnout in California, which could be bolstered this year by widespread opposition to the president in a state known as the home of the so-called Trump resistance.

California’s shift to Democratic dominance was driven by demographic change. California was once a reliably Republican state in presidential elections, but a surge in immigration transformed the state and its voting patterns, while many white, middle-class families moved out.

That will make it harder for the GOP—many of those younger, diverse voters grimace at the Republican brand. The voters who sent Nixon and Reagan to office decades ago are greatly diminished in number. You’d have to go back a generation to find a Republican who carried the state in a presidential election: George H.W. Bush, in 1988.

But Sam Oh, who is running campaigns for Republican House contenders Steel and Young Kim in Southern California, sees Garcia’s win as confirmation that voters are looking for a new direction.