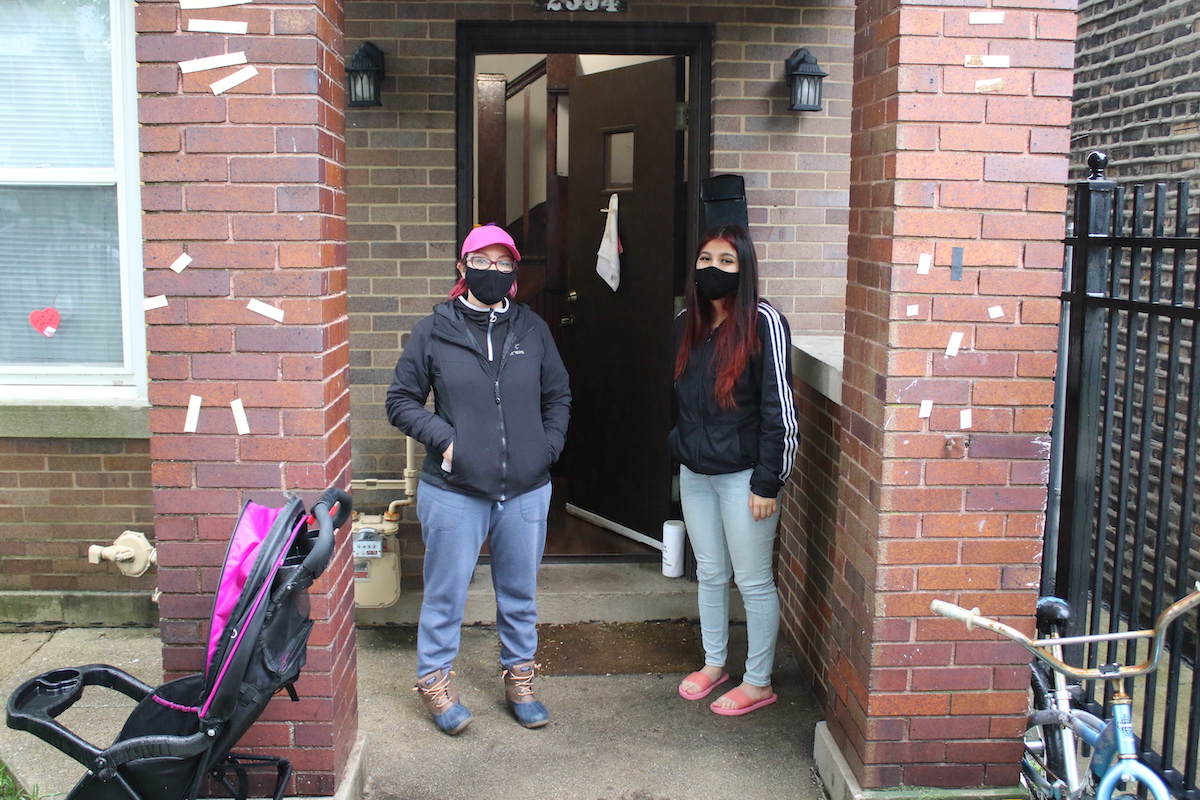 In this May 14, 2020 photo, Erendira Martínez and her daughter stand outside their home in the Little Village neighborhood of Chicago. (AP Photo/Noreen Nasir)

CHICAGO (AP) — When Erendira Martínez’s husband started feeling sick at the beginning of April, he brushed off his cough and told her it was nothing.

“He was embarrassed,” Martínez said. “He felt like I was going to be upset, which I was, because he didn’t tell me the real symptoms that he had.”

A few days later, the 35-year-old Martínez felt sick herself. It turned out that like many others in her neighborhood, she, her 15-year-old daughter and her husband had been infected with COVID-19.

Martínez and her family live in Chicago’s Little Village neighborhood. Known as the heart of Mexican culture in the city, more than 80% of its residents are Latino, according to the American Community Survey. It is also in a zip code with one of the highest rates of positive tests in Chicago—39%, compared with 21% in a city with about 40,000 confirmed cases of COVID-19.

Across the country, states reporting racial data indicate similar trends, with overwhelmingly high rates of infection within the Latino population. But Latinos are less likely to be among those who die from the virus, and Martinez, her husband and her daughter have all since recovered.

Rogelio Sáenz, a professor of demography at the University of Texas at San Antonio, analyzed data from states and the District of Columbia that reported COVID-19 infection cases or deaths for Latinos. Of the 30 states, and the District of Columbia, which provide data for COVID-19 deaths for Latinos, only New York has more Latino deaths compared to their relative share of the population.

Sáenz said one reason for this might be the lower median age of the Latino population—about 29, compared with about 44 for non-Hispanic whites. Older people generally seem to be at greater risk than younger people for developing more serious illness from COVID-19.

But Sáenz also notes that many deaths are recorded as an unidentified race and that some Latinos may have been listed as white.

“If you don’t have that information, it is extremely difficult to call attention to the inequalities that continue to take place,” he said.

As for the high rate of infections, Sáenz points out that many Latinos are in essential roles that put them at an increased risk for contracting the virus. Those include jobs at meatpacking plants, as well as factories and warehouses.

Many also live in households with multiple generations, where it can be difficult to keep their distances. 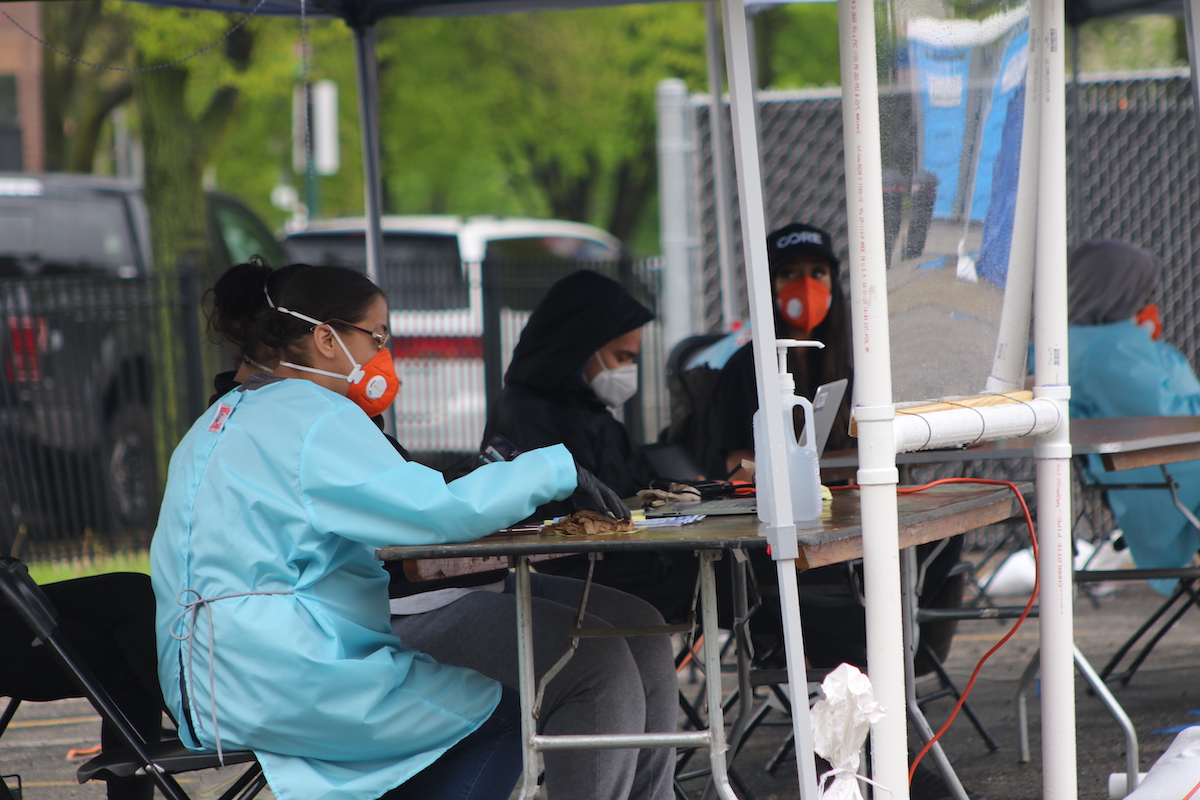 In this May 14, 2020 photo, a new testing site opened in the Little Village neighborhood of Chicago after initial reports that testing was lacking in the area. (AP Photo/Noreen Nasir)

Elizabeth Guzmán, 33, said about 20 of her relatives have contracted the virus. She, herself, her husband and her parents have all recovered. Some of her family members share rides to work at the same warehouse. She and her family were recently able to move to a larger place.

“In our old place, we were all piled up,” Guzmán said. “In total, there were 11 of us and only two bedrooms.”

While she’s grateful for her health and new home, she worries about some of her relatives, especially those who are in the U.S. without legal permission and can’t afford to stay home, even if they are sick.

“Those are the ones we are hurting most,” Guzmán said.

Editor’s Note: Sáenz is a regular contributor to Latino Rebels.