Victim in Police Encounter Had Started New Life in Minnesota 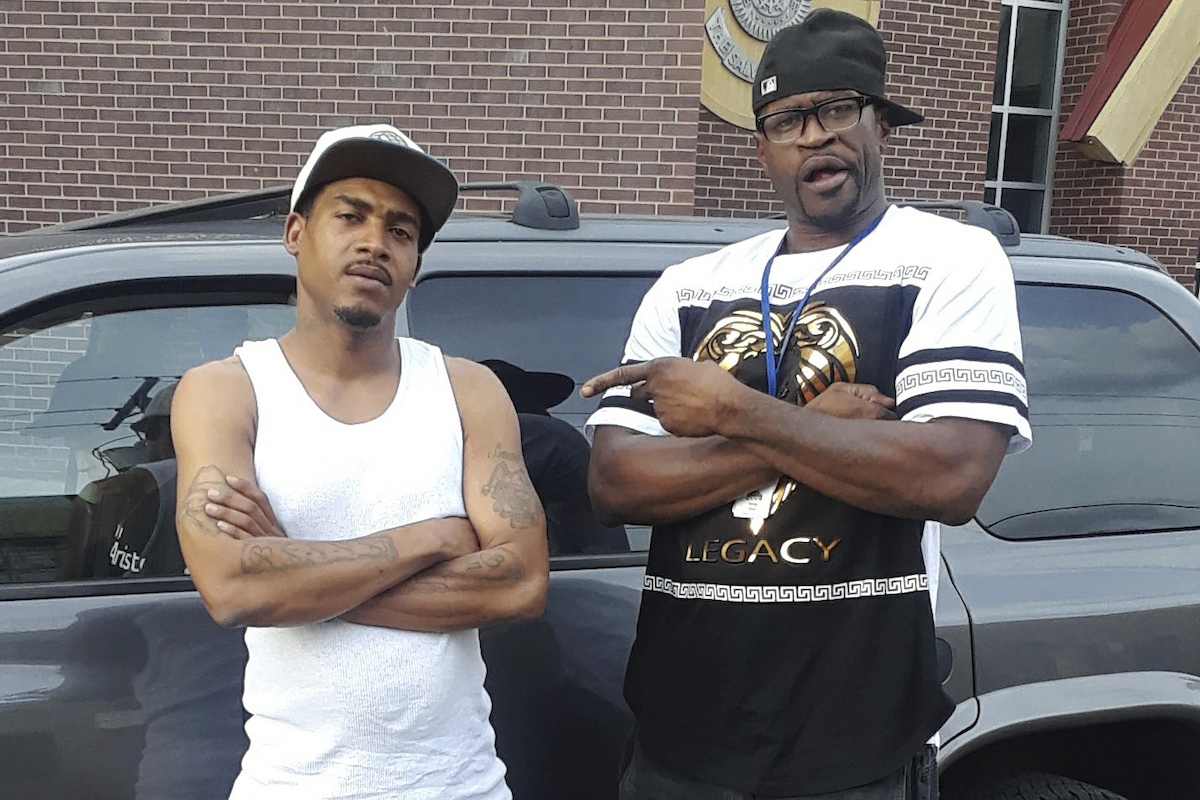 This undated handout photo provided by Christopher Harris shows Harris, left and George Floyd in Minneapolis. The mayor of Minneapolis called Wednesday for criminal charges to be filed against officer Derek Chauvin who is seen on video kneeling against the neck of a handcuffed Floyd who complained that he could not breathe and died in police custody. (Christopher Harris via AP)

Before he died after being pinned for minutes beneath a Minneapolis police officer’s knee, George Floyd was suffering the same fate as millions of Americans during the coronavirus pandemic: out of work and looking for a new job.

Floyd moved to Minneapolis from his native Houston several years ago in hopes of finding work and starting a new life, said Christopher Harris, Floyd’s lifelong friend. But he lost his job as a bouncer at a restaurant when Minnesota’s governor issued a stay-at-home order.

On Monday night, an employee at a Minneapolis grocery store called police after Floyd allegedly tried to pass a counterfeit $20 bill.

In widely circulated cellphone video of the subsequent arrest, Floyd, who was black, can be seen on the ground with his hands cuffed behind his back while Officer Derek Chauvin presses him to the pavement with his knee on Floyd’s neck. The video shows Chauvin, who is white, holding Floyd down for minutes as Floyd complains he can’t breathe. The video ends with paramedics lifting a limp Floyd onto a stretcher and placing him in an ambulance.

Four officers were fired Tuesday; on Wednesday, Mayor Jacob Frey called for Chauvin to be criminally charged. Frey made no mention of the other three officers, who were also at the scene.

Police say Floyd was resisting arrest, but Chauvin’s lawyer has declined to comment and the other officers have not been publicly identified.

Floyd, 46, grew up in Houston’s Third Ward, one of the city’s predominantly black neighborhoods, where he and Harris met in middle school. At 6 feet, 6 inches, Floyd emerged as a star tight end for Jack Yates High School and played in the 1992 state championship game in the Houston Astrodome. Yates lost to Temple, 38-20. 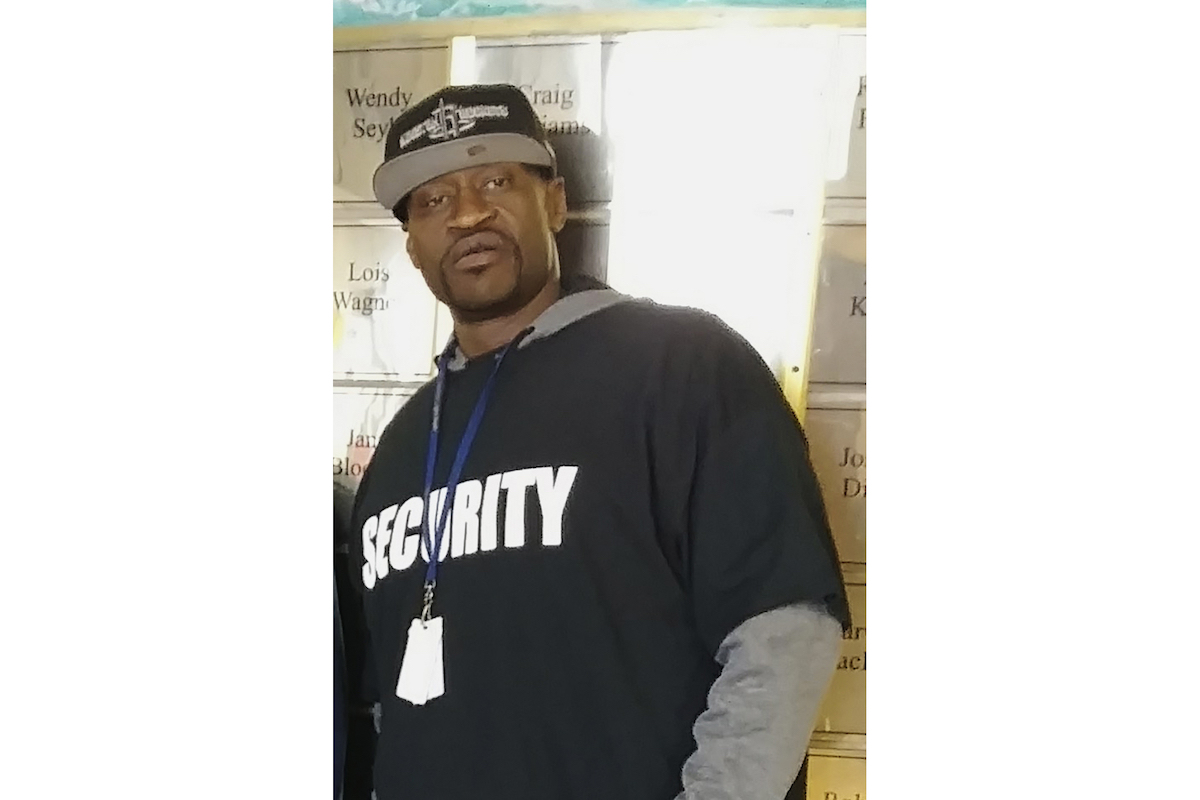 “Quiet personality but a beautiful spirit,” Cooper said. His death “definitely caught me by surprise. It’s just so sad, the world we’re living in now.”

Floyd was charged in 2007 with armed robbery in a home invasion in Houston and in 2009 was sentenced to five years in prison as part of a plea deal, according to court documents.

Harris, Floyd’s childhood friend, said he and some of their mutual friends had moved to Minneapolis in search of jobs around 2014. Harris said he talked Floyd into moving there as well after he got out of prison.

“He was looking to start over fresh, a new beginning,” Harris said. “He was happy with the change he was making.”

Floyd landed a job working security at a Salvation Army store in downtown Minneapolis. He later started working two jobs, one driving trucks and another as a bouncer at Conga Latin Bistro, where he was known as “Big Floyd.”

“Always cheerful,” Jovanni Tunstrom, the bistro’s owner, said. “He had a good attitude. He would dance badly to make people laugh. I tried to teach him how to dance because he loved Latin music, but I couldn’t because he was too tall for me. He always called me ‘Bossman.’ I said, ‘Floyd, don’t call me Bossman. I’m your friend.” 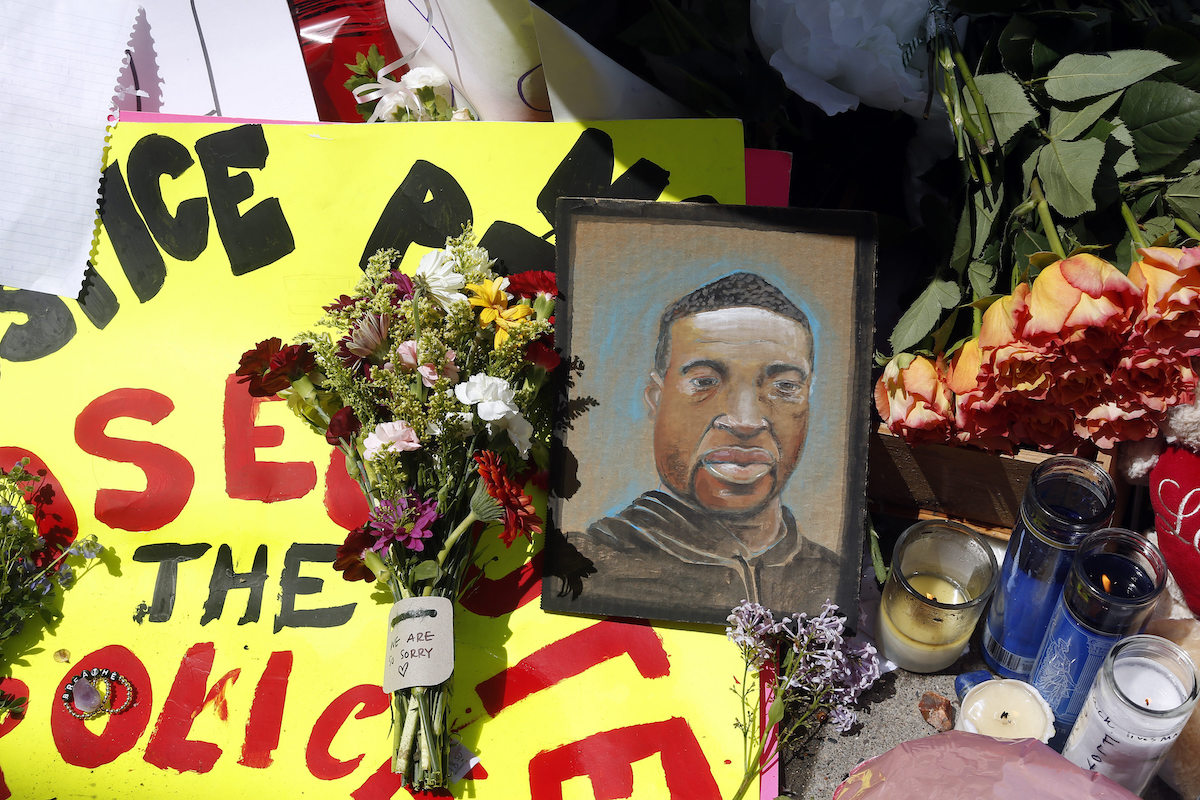 A chain portrait of George Floyd is part of the memorial for him, Wednesday, May 27, 2020, near the site of the arrest of Floyd who died in police custody Monday night in Minneapolis after video shared online by a bystander showed a white officer kneeling on his neck during his arrest as he pleaded that he couldn’t breathe. (AP Photo/Jim Mone)

Harris said Floyd was laid off when Minnesota shut down restaurants as part of a stay-at-home order. He said he spoke with Floyd on Sunday night and gave him some information for contacting a temporary jobs agency.

“He was doing whatever it takes to maintain going forward with his life,” Harris said, adding he couldn’t believe that Floyd would resort to forgery. “I’ve never known him to do anything like that.”

Floyd leaves behind a 6-year-old daughter who still lives in Houston with her mother, Roxie Washington, the Houston Chronicle reported. Efforts to reach Washington on Wednesday were unsuccessful.

“The way he died was senseless,” Harris said. “He begged for his life. He pleaded for his life. When you try so hard to put faith in this system, a system that you know isn’t designed for you, when you constantly seek justice by lawful means and you can’t get it, you begin to take the law into your own hands.”