A June 4 letter addressed to Florida’s Secretary of State —written by former Puerto Rico senator and current Popular Democratic Party (PPD) senatorial candidate Ramón Luis Nieves— said that Florida could possibly witness election fraud this Election Day if an electoral reform bill that would allow Puerto Ricans living in Florida to vote in the island’s 2020 elections were to become law.

The letter was also sent to several members of Congress, the National Association of Secretaries of State and the head of the Federal Election Commission. Nieves belongs to the opposition Commonwealth party of Governor Wanda Vázquez’s pro-staheood party. Signing the electoral reform bill into law by Vázquez is being viewed as an attempt by her party to corral more votes outside of Puerto Rico’s juridistiction, even if those Puerto Ricans in Florida no longer live in Puerto Rico. Vázquez is currently running in contested primary race. This is her first election race, since she assumed the governor’s post last year after Ricardo Rosselló resigned.

Latino Rebels reached out to the office of Florida’s Secretary of State for comment. As of this posting, it has not received a reply. 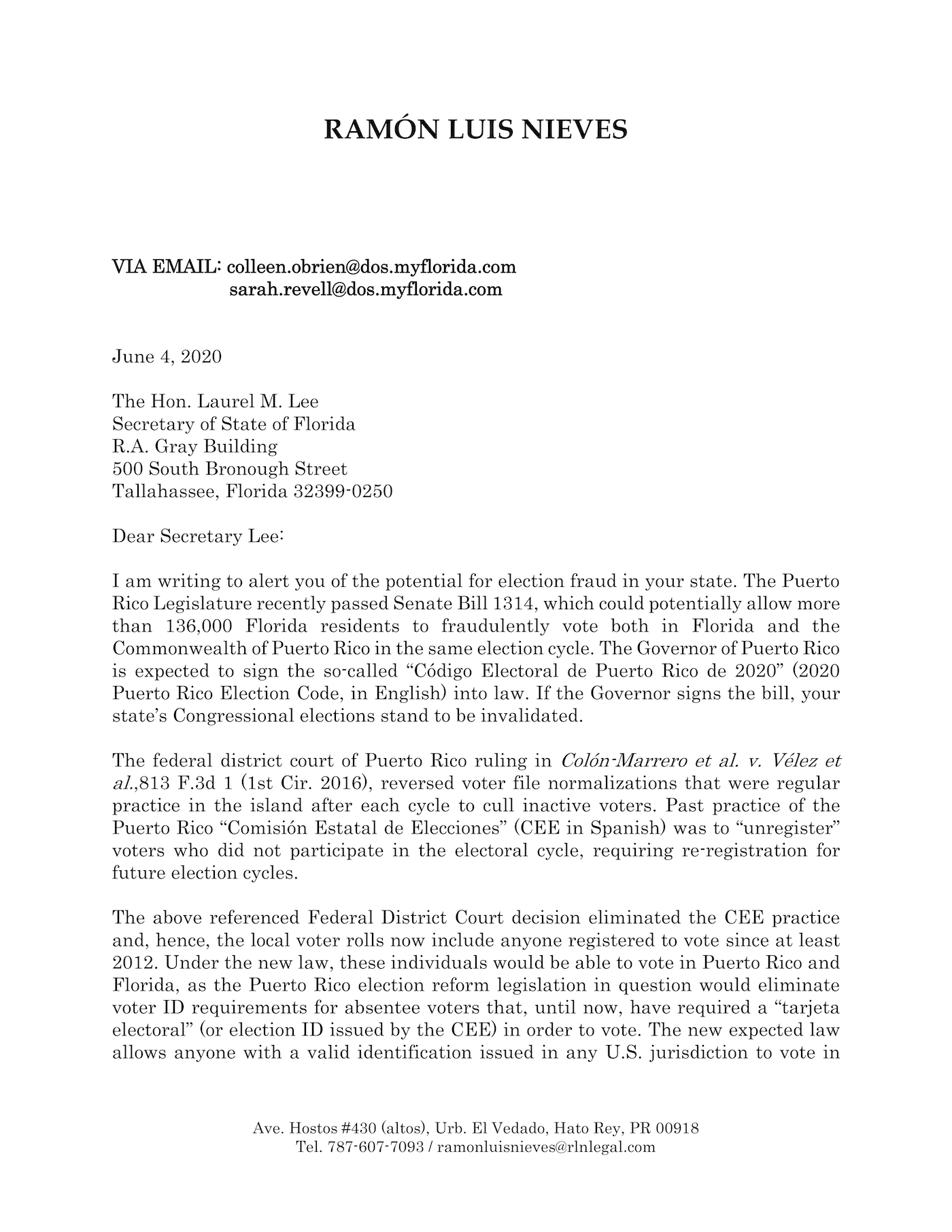 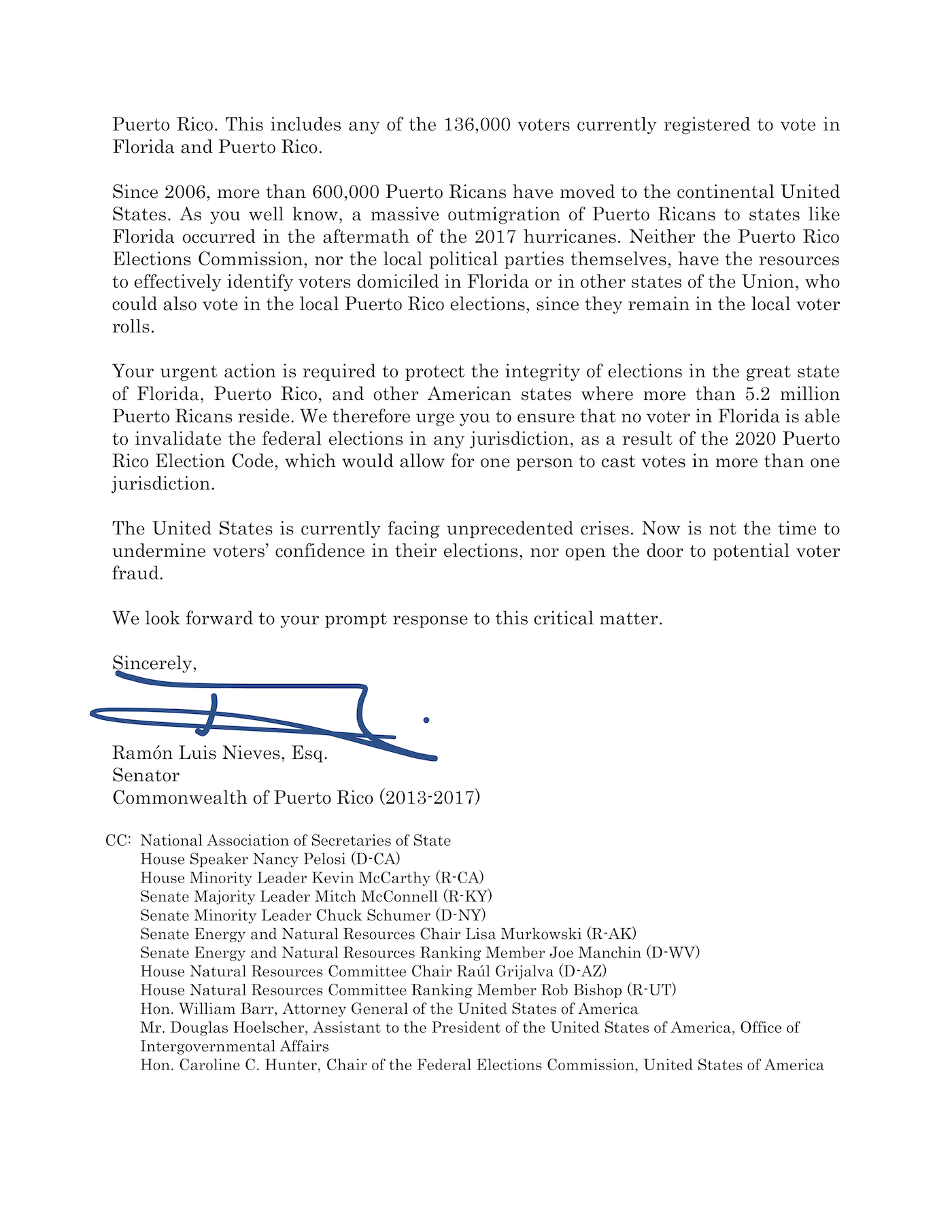