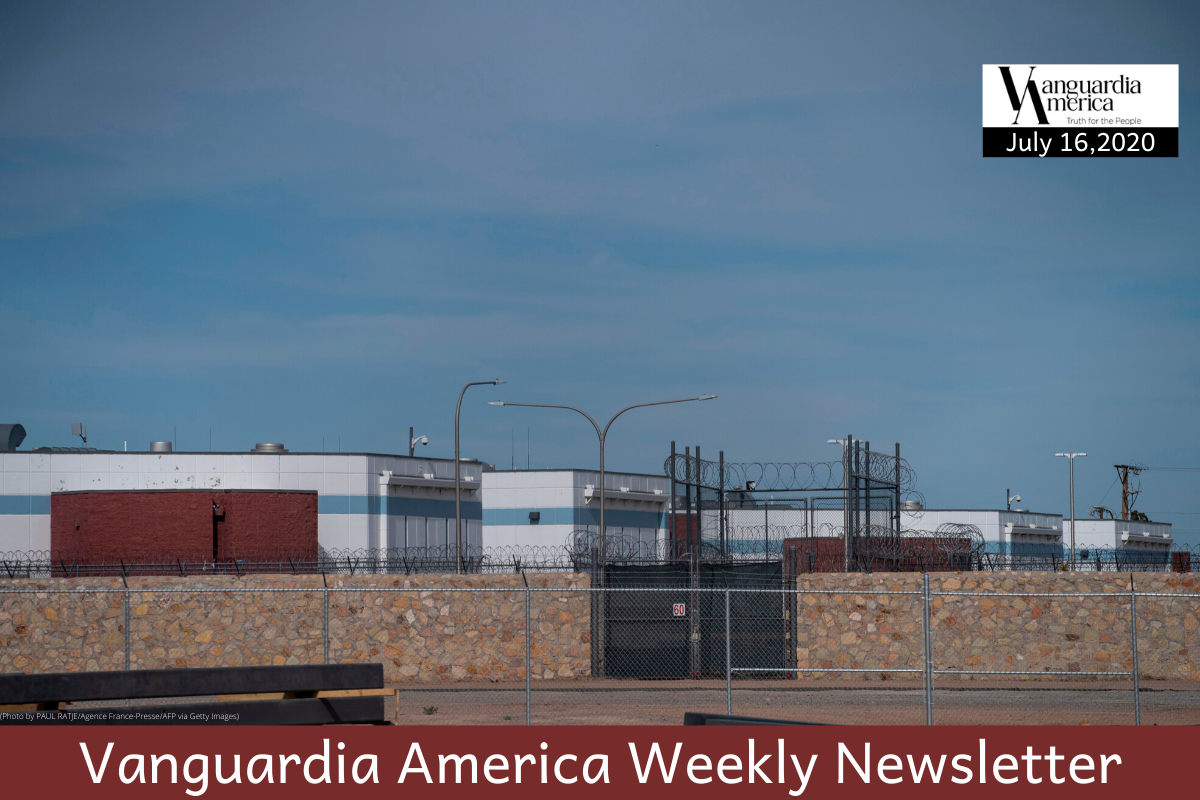 More than 300 migrant children being held in federal detention facilities in Texas and Kansas could soon be separated from their parents, according to NBC News.

Gee ordered the children freed citing the rapid spread of COVID-19 among migrants in federal custody and a 20-year-old federal mandate known as the Flores Settlement, which states that minors cannot be detained for more than 20 days.

“Family separation should never be this country’s policy … Detention of children for any amount of time, even with their parents, causes physical harm and irreparable trauma,” a group of 80 Democratic lawmakers demanding the children’s release wrote in a letter sent in June to Acting Homeland Security Secretary Chad Wolf.

First Afro Latina in Congress Could Be a Tejana

Candace Valenzuela, a special needs teacher and former school board member who often talks about once having been homeless, won the Democratic runoff race Tuesday in Texas’ 24th Congressional District.

In a video on Twitter, Valenzuela thanked her supporters and predicted victory in November, adding “I’m no longer that toddler that slept with her infant brother in a kiddie pool outside of a gas station but that little girl is always with me … Just as I carry around every family that is hungry in this pandemic or literally dying of preventable diseases in the most prosperous country on earth.”

Less than four months ahead of the November election, the race is on between President Trump and the presumptive Democratic nominee, former Vice President Joe Biden, to grow Latino voter enthusiasm for their respective campaigns.

A survey of six battleground states by the national polling firm Latino Decisions finds, “Latinos, and especially younger Latinos, demonstrate a lower intensity or enthusiasm about the 2020 election than earlier in 2020 and at this point in 2016.”

Nationwide surveys by Latino Decisions and other pollsters have shown Biden leading 2 to 1 among Latinos over Trump, but the Latino Decisions survey of Latino voters in Arizona, Florida, Texas, Nevada, North Carolina, Pennsylvania indicate that Biden, the presumptive Democratic nominee, is “underperforming with Latinos relative to [Hillary] Clinton in June 2016 polling and has opportunities for growth.”

In a troubling revelation, the poll found that “Latinos express low levels of information about vote-by-mail options and how the COVID- 19 pandemic may affect their ballot access in November.”

Trump has strongly criticized voting by mail, even though he votes that way. The president has also alleged, contrary to all existing evidence, that voting by mail is susceptible to widespread fraud.

Latino Decisions also found that “Latinos support the Black Lives Movement, (and) believe police violence is systemic.” Trump has been highly critical of Blacks Lives Matter and largely dismissive of calls for major reform of the nation’s police departments.

Latinos Are 30 Percent of Meat and Poultry Plant Workers in 21 States, But 56 Percent of Those Infected by COVID-19

Data released by the Centers for Disease Control and Prevention show that 56 percent of the nearly 10,000 meat and poultry industry workers in 21 states infected with the coronavirus are Latino, even though they make up only 30 percent of the workforce.

The CDC data, however, is incomplete because “so few states responded, fewer had demographic data and there was limited data from affected plants on the racial and ethnic breakdown of all their workers,” NBC Latino reported.

A coalition of worker advocacy groups filed a complaint last week with the U.S. Department of Agriculture alleging that Tyson Foods and JBS, two of the world’s largest poultry processors, are violating civil rights of workers by ignoring CDC rules on how to protect workers from infection.

At least 91 people at meat and poultry plants in 23 states through May 31 have died of the coronavirus, according to the CDC data.

LA Coroner: Guardado Shot Five Times in the Back

An autopsy conducted by the Los Angeles County coroner’s office has confirmed the finding of a separate independent autopsy that 18-year-old Andres Guardado was shot five times in the back by a county sheriff’s deputy.

The coroner’s office also ruled that Guardado’s shooting by Deputy Miguel Vega was a homicide.

LA County Sheriff Sheriff Alex Villanueva had refused to release the results of the autopsy, claiming the investigation of the shooting had not been completed.

Guardado was shot as he fled from sheriff’s deputies. County investigators say the teenager had a gun.

In a statement, Guardado’s parents, Cristobal and Elisa Guardado, said, “Our son did not deserve to die this way.”