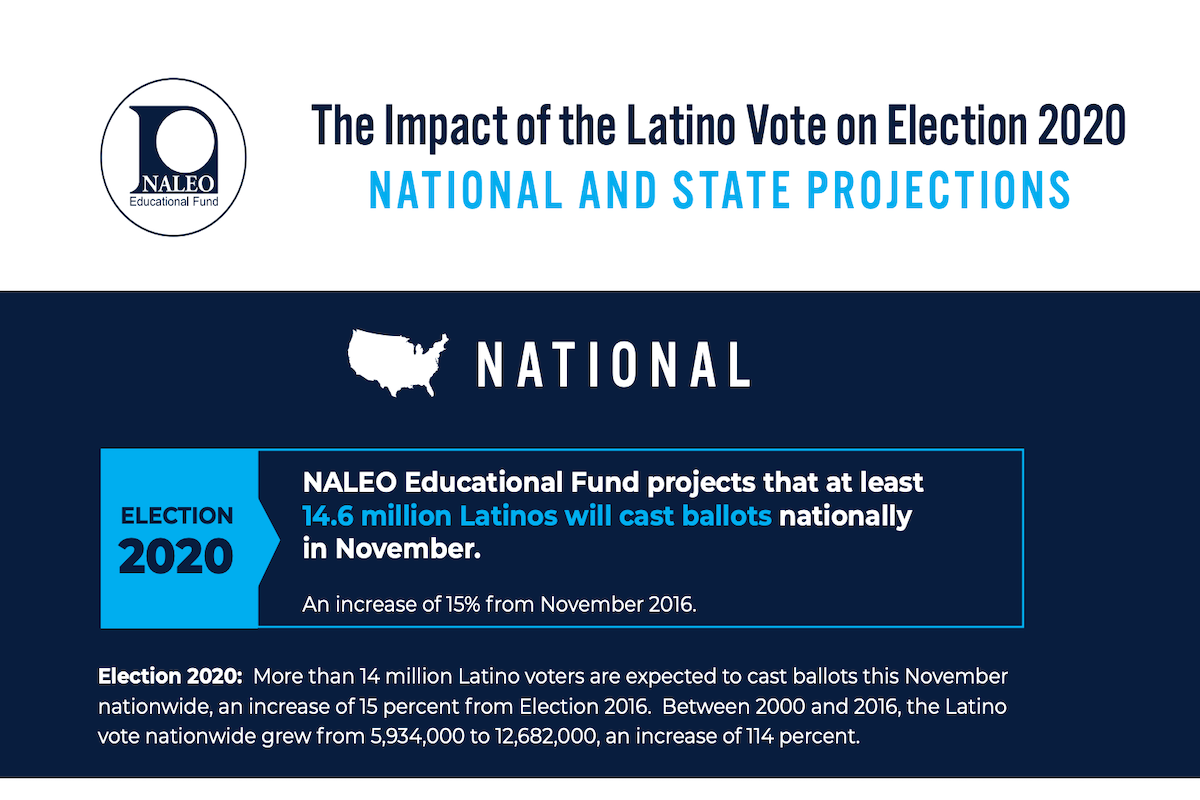 Stating that it would mark a 15 percent increase in U.S. Latino voters from 2016, an analysis shared Wednesday by the National Association of Latino Elected and Appointed Officials (NALEO) Educational Fund said that at least 14.6 million U.S. Latinos are predicted to vote during the November 2020 elections.

The organization, however, noted that the current COVID-19 pandemic could impact estimates.

“Latino voters will play a decisive role in critical races throughout the country in 2020,” Arturo Vargas, Chief Executive Officer at NALEO Educational Fund, said in a statement. “And while the Latino community will have a sizable impact in various states, it is paramount that obstacles to voting do not hinder our community’s full potential for participating in our democracy. For many elections now, Latino voters have been concentrated in states that were not traditionally considered as battlegrounds. That is now changing with states like Arizona and Texas being sought after by both major candidates for president, making it possible for Latino voters to vote in even higher numbers than what we are estimating today. We recognize, however, that factors like COVID-19 could have a significant impact on voting and registration, as well as trends in naturalization processing and approvals this year.  There are very real factors that put the Latino community at risk of lower voter participation rates.”

“In this publication, we identify and describe the possible negative impact on Latino voters as a result of the COVID-19 pandemic, in hope that this analysis will help voters, election administrators, and non-profit democracy advocates plan interventions to ensure against any further disruption of the right to vote,” a NALEO Education Fund release stated.

The organization also shared several findings from that report:

2 responses to “NALEO Predicts That at Least 14.6 Million U.S. Latinos Will Cast Ballots in November Elections”