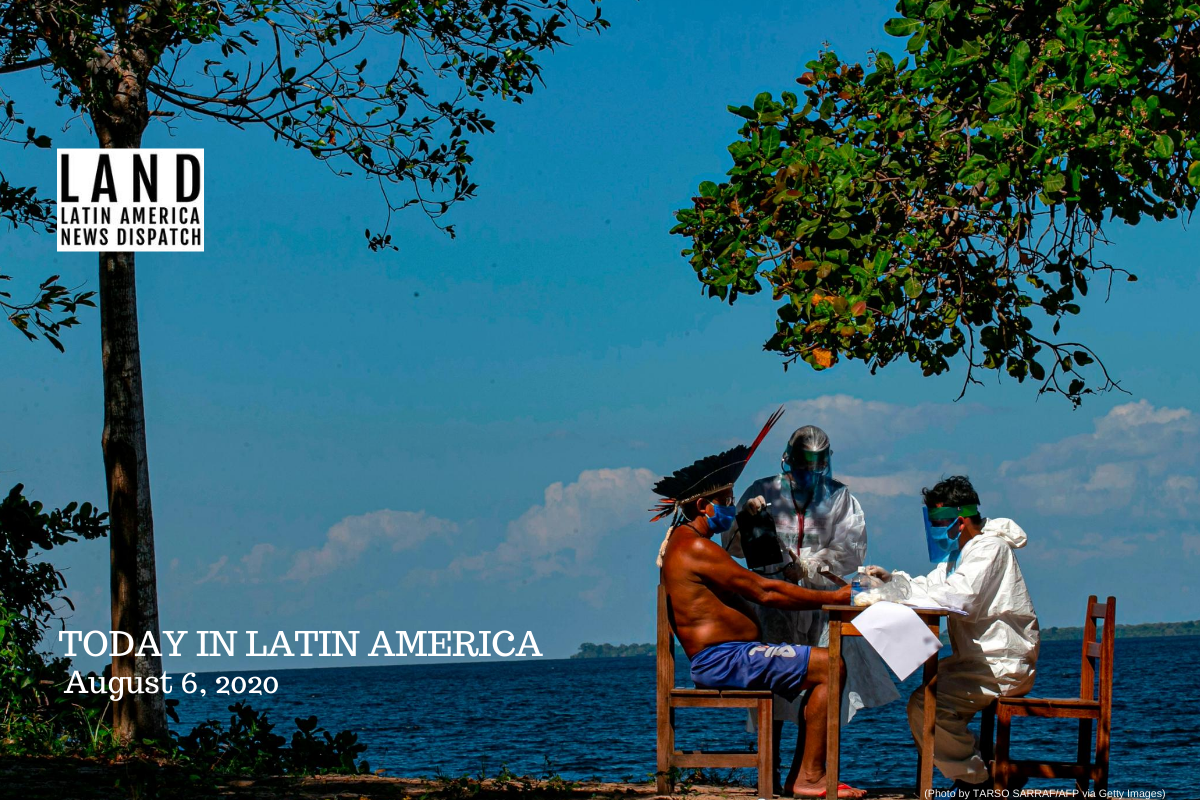 BRAZIL: The country’s highest court ruled that the Bolsonaro administration must take specific precautionary measures to protect Indigenous communities from the spread of COVID-19. In a unanimous vote, the justices ruled that health checkpoints must be placed near isolated Indigenous tribes, and that the government must establish a plan for removing outsiders, including miners, from protected areas. The court explained that the presence of outsiders increases the risk of spreading coronavirus and also harms the environment.

Most of the measures the court ruled on had already been introduced by top officials last month and were vetoed by President Jair Bolsonaro. Bolsonaro claimed that there were not enough funds to support the proposed plans. Indigenous peoples have been disproportionately affected by the coronavirus since the start of the pandemic. In Brazil, there have been more than 22,000 cases of COVID-19 and more than 630 deaths in Indigenous communities. Chief Aritana, a prominent Indigenous leader, died of coronavirus a mere hours before the court ruling.

ARGENTINA: Top government officials admitted to a rise in crime in the country during a closed doors debate on how to address criminal activity. While some addressed that the increase in economic instability has contributed to crime, others blamed the reopening of the country. Top security officials argued over whether or not to send more federal police forces to affected areas. Despite disagreements, officials sent more than 600 officers to Buenos Aires and surrounding provinces last week to address the criminal activity.

COLOMBIA: Caravans of cars formed on the streets of Armenia and Cúcuta after former president Álvaro Uribe was placed on house arrest on Tuesday. Dozens of demonstrators placed Colombian flags on the hoods of their cars while driving and honking in support of Uribe. In other parts of the country, demonstrators celebrated the ruling against Uribe.

The former president is currently in self-isolation while under house arrest after testing positive for the coronavirus, according to local media.

PERU: On Tuesday, Congress refused to approve President Martin Vizcarra’s appointment of ministers. All 19 ministers were forced to resign, leaving the country without a presidential cabinet. In a televised address, Vizcarra stated that this was the first time in 20 years a cabinet was not approved by the Senate. The legislative bodies of Peru have been at odds since 2018, when Vizcarra, previously vice president, replaced President Pablo Kuczynski, who resigned due to corruption allegations. Under the law, Vizcarra has 72 hours to propose a new presidential cabinet.

PUERTO RICO: The State Election Commission is facing numerous setbacks for the island’s upcoming primary elections this Sunday. According to officials, some polling places have not yet received ballots or printing materials needed for voters to be able to print out their voting cards. Local media has reported on missing materials necessary for the election to function for weeks, including poor internet connection at some polls which could affect ballot machines. Public schools will not be serving as polling stations this year, limiting the number of places Puerto Ricans will be able to vote. The island is also currently struggling with numerous power outages caused by Hurricane Isaias.

GUATEMALA-UNITED STATES: U.S. officials have filed money laundering charges against the former economy minister of Guatemala. Prosecutors claim that Acisclo Valladares aided in laundering $10 million between 2014 and 2018. Valladares was allegedly aided by a banker in the United States with ties to drug dealers. He is considered a fugitive in Guatemala, where he previously faced money laundering charges but was provided immunity by then President Jimmy Morales. Valladares is currently attempting to seek political asylum in Colombia.

PANAMA: New data from the Ministry of Health found that one child has been infected with COVID-19 every hour since the beginning of the pandemic. Between the months of March and August, nearly 4,000 children have tested positive for coronavirus. The data also shows that approximately 27 infants are currently testing positive on a daily basis. Children struggling with chronic diseases are particularly vulnerable to the virus. Panama is building a new Children’s Hospital to provide better care for younger COVID-19 patients.

MEXICO: The new Secretary of Health in the state of Chihuahua will be holding meetings with members of the Chihuahua College of Doctors to present ideas on how to better aid coronavirus patients in highly affected areas. Eduardo Fernández Herrera was appointed by Governor Javier Corral Jurado in the state’s efforts to combat the spread of coronavirus. The doctors are split on the nomination of Herrera after advocating for a doctor rather than a politician to take the position. Mexico currently has more than 456,000 coronavirus cases and more than 49,000 deaths.