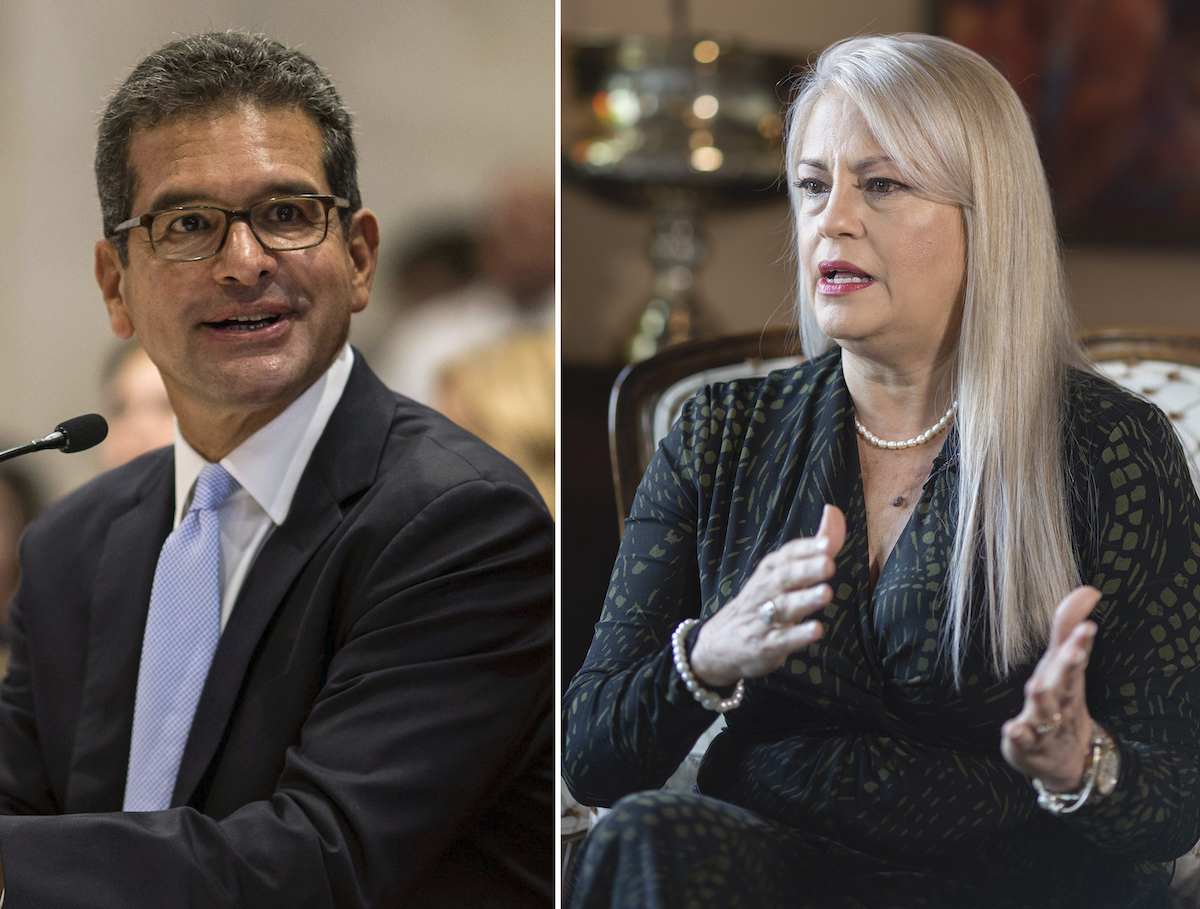 SAN JUAN, Puerto Rico (AP) — Two candidates who both served as replacement governors in the wake of a Puerto Rican political crisis are competing against each other for a chance to win the job in their own right as the disaster-struck U.S. territory holds primary elections.

Gov. Wanda Vázquez of the pro-statehood New Progressive Party is seeking the party’s nomination in a Sunday contest with seasoned politician Pedro Pierluisi, who represented Puerto Rico in Congress from 2009 to 2017.

Pierluisi was sworn in as governor last August when Gov. Ricardo Rosselló resigned following widespread street protests over a profanity-laced chat that was leaked and government corruption. But he served less than a week as Puerto Rico’s Supreme Court ruled that Vázquez, then the justice secretary, was constitutionally next in line because there was no secretary of state.

Whoever emerges as the party’s nominee will be among a record nine gubernatorial candidates in November’s general elections.

The main opposition Popular Democratic Party, which supports Puerto Rico’s current political status as a U.S. territory, is holding a primary for the first time in its 82-year history. It has three people competing for its gubernatorial nomination —San Juan Mayor Carmen Yulín Cruz, known for her public spats with U.S. President Donald Trump following the devastation of Hurricane Maria; Puerto Rico Sen. Eduardo Bhatia; and Carlos Delgado, mayor of the northwest coastal town of Isabela.

Despite the “firsts” in the primaries, Puerto Rico’s consistently high voter turnout of nearly 70% could dip as the U.S. territory struggles with a spike in coronavirus cases and growing disillusion and anger over the island government’s response to hurricanes, recent earthquakes and the pandemic.

“I’m not interested, and I don’t even want to know about politics,” said 51-year-old Yayi Borrero, who has voted regularly since age 18 but struggled to obtain help from the government after losing her job at a hardware store in the southwest town of Guánica after a magnitude 6.4 earthquake destroyed it in January.

The primaries come at a critical time. Along with facing the pandemic, Puerto Rico has yet to recover from hurricanes Irma and Maria in 2017 and a string of recent strong earthquakes that began in late December, the government is struggling to emerge from bankruptcy, the island is in the 13th year of a recession, and power outages are frequent.

“We’re at a crossroads…. The people are suffering,” political analyst Domingo Emanuelli said.

Emanuelli said he expects voters choosing between Pierluisi and Vázquez will pick the candidate they think has the best chance of securing statehood for Puerto Rico, noting that a nonbinding referendum on that issue is scheduled for November.

Since becoming governor, Vázquez has had a turbulent year as earthquakes and the pandemic rattled Puerto Rico.

While she was praised for implementing a lockdown in mid-March to fight the coronavirus, many people have since criticized her for a rushed reopening months later. In addition, she and other officials are facing a formal corruption probe for the alleged mismanagement of supplies slated for those affected by the earthquakes, marking the first time in recent history that a special prosecutor’s panel has investigated a sitting governor.

Emanuelli expects a tight governor’s race in the Popular Democratic Party, whose future as an advocate of remaining a U.S. territory is uncertain as the island’s troubles highlight what many people see as a disparity in Washington’s treatment of Puerto Rico.

In addition to gubernatorial races, the pro-statehood New Progressive Party is holding 33 primaries for mayoral nominations, while the Popular Democratic Party will have 17 mayoral primaries.

Because of the pandemic, the opposition party for the first time offered drive-through voting at a handful of sites in recent days, while Puerto Rico’s electoral commission has said those who have tested positive for the coronavirus will be able to vote by phone. The island of 3.2 million people has reported more than 7,800 confirmed cases, with at least 258 deaths.