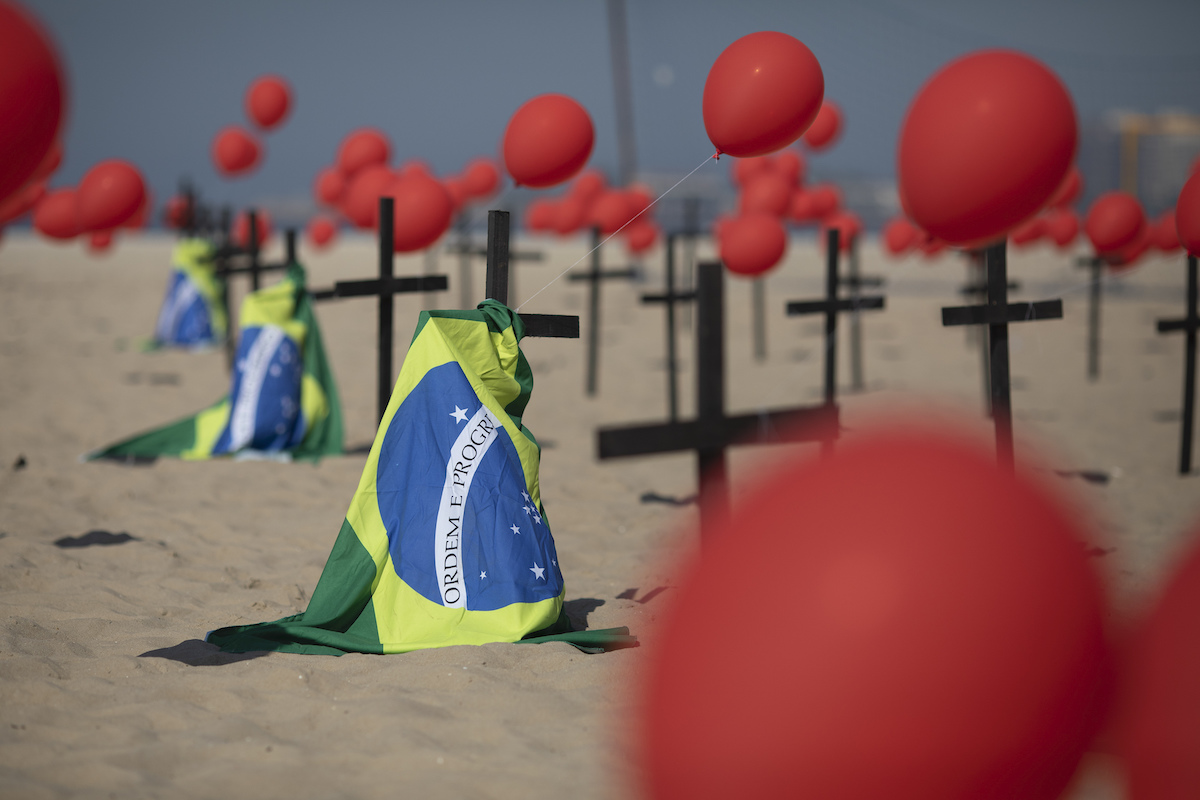 Crosses, red balloons and Brazilian nation flags are placed in the sand on Copacabana beach in a demonstration organized by Rio de Paz to honor the victims of COVID-19, as the country heads to a milestone of 100,000 new coronavirus related deaths, in Rio de Janeiro, Brazil, Saturday, August 8, 2020. (AP Photo/Mario Lobao)

RIO DE JANEIRO (AP) — Brazil was leaping toward a grim milestone of 100,000 deaths from COVID-19 on Saturday, and five months after the first reported case, the country had not shown signs of crushing the disease.

The nation of 210 million people has been reporting an average of more than 1,000 daily deaths from the pandemic since late May and had reported 99,572 as of Friday night.

The Health Ministry said there had been a total of 2,962,442 confirmed infections with the new coronavirus—death and infection tolls second only to the United States. And as in many nations, experts believe that both numbers are severe undercounts due to insufficient testing.

In a tribute to COVID-19 victims, the non-governmental group Rio de Paz placed crosses on the sand on the famed Copacabana beach Saturday and released 1,000 red balloons into the sky.

“It’s very sad. Those 100,000 represent various families, friends, parents, children”, said Marcio do Nascimento Silva, a 56-year-old taxi driver who lost his children in the pandemic and joined the tribute.

“We reach that mark [100,000] and many people seem to not see it, both among the government and our people. They are not just numbers but people. Death became normal,” Silva said. 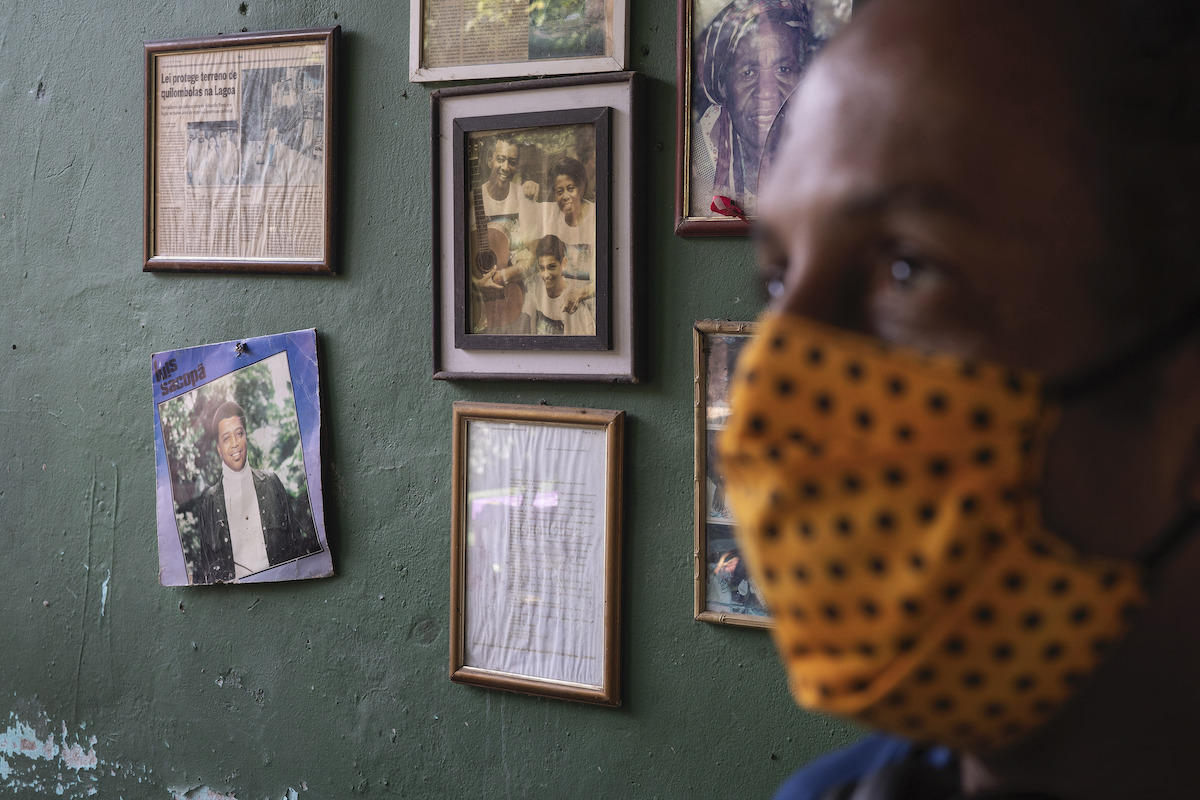 Marcio Antonio do Nascimento stands next to a framed childhood image of his 25-year-old son Hugo do Nascimento who died from the new coronavirus, in Rio de Janeiro, Brazil, Saturday, August 1, 2020. (AP Photo/Leo Correa)

President Jair Bolsonaro —who himself reported being infected— has been a consistent skeptic about the impact of the disease and an advocate of lifting restrictions on the economy that had been imposed by state governors trying to combat it. He has frequently mingled in crowds, sometimes without a mask.

“I regret all the deaths, it’s already reaching the number 100,000, but we are going to find a way out of that,” Bolsonaro said in a Thursday night Facebook transmission.

Experts have complained of a lack of national coordination under Bolsonaro and scattershot responses by city and state governments, with some reopening earlier than health experts recommended.

Brazil is facing the pandemic with an interim health minister, Eduardo Pazuello, an army general who made his career in logistics. Two earlier health ministers, both physicians, resigned over differences with Bolsonaro about social distance measures and the use of hydroxychloroquine, an anti-malaria drug promoted by the president but which most studies have found to be inteffective against COVID-19, or even dangerous.

Bolsonaro, who has called COVID-19 a “little flu,” says he recovered from his own infection thanks to that drug.

Many of Brazil’s 27 states have begun to reopen shops and restaurants, though responses have differed, as has the strain on the health system. While Brasilia, the capital, has recorded almost 80% occupancy of its ICU beds, Rio de Janeiro’s occupation rate is now down to less than 30%.

In Rio, shopping malls and restaurants have already opened and people have returned to the beaches.

“The situation is very comfortable and we don’t understand why it is happening. Perhaps the infection rate was much higher than what was reported at the beginning of the pandemic and many of those on the street are immune,” speculated Graccho Alvim, director of the state’s association of hospitals

Viviane Melo da Silva, 47, lost her mother, Esther Melo da Silva, in the Amazonas state capital of Manaus on April 9. The mother reported having a cold, and a few days later started having problems breathing. She died after five days in a public hospital.

“I still don’t accept her death, not yet,” said da Silva, crying, and expressing regret the family had been unable to hold a wake for her mother.

“The government was saying that it was a ‘little flu.’ it did not care. It was not worried with that and that’s what happened: Innocent people died because of the negligence and the lack of preparation from the government,” she added. 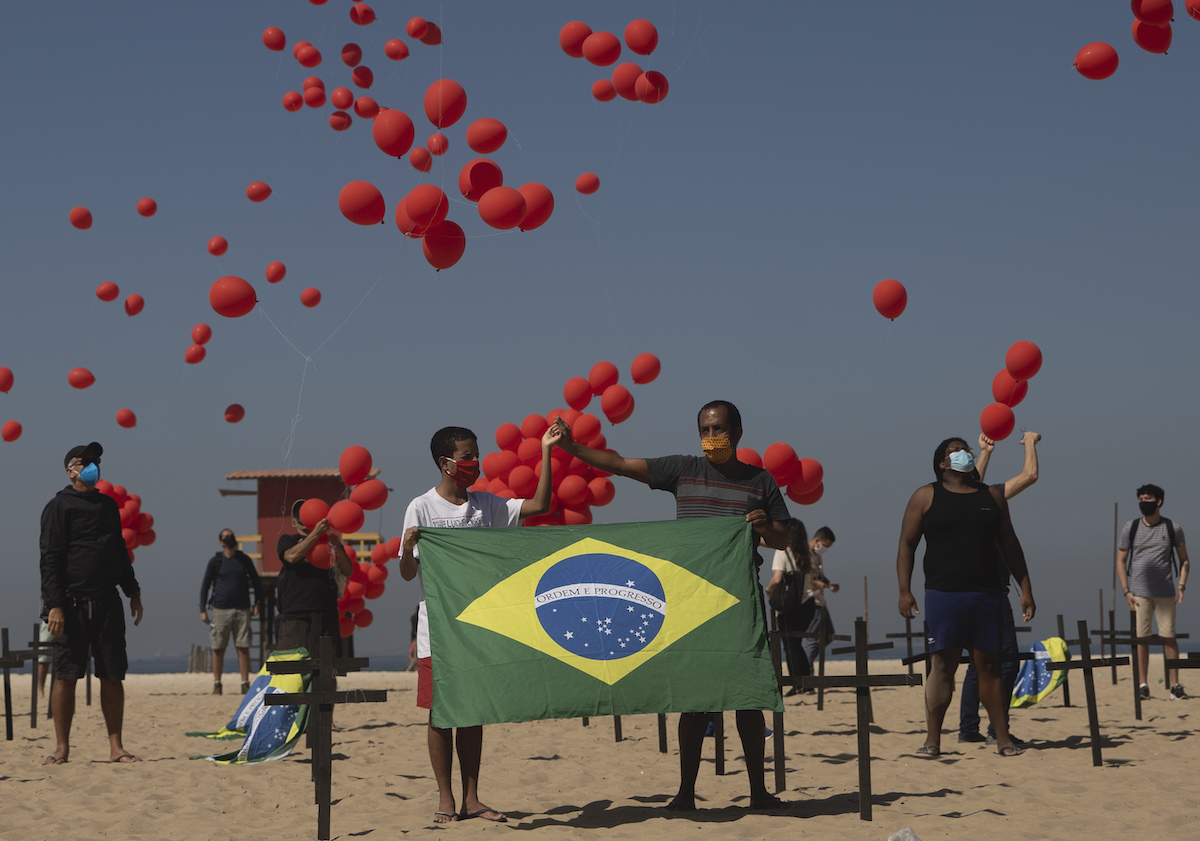 Nazare Rosa de Paula, 67, said many people remain indifferent to the virus despite so many deaths. She said her husband Geraldo, a 70-year-old retired bus driver, would wear a mask to go to the supermarket in Rio de Janeiro, but never believed he would be infected.

In April he got what seemed to be just a flu. After his health worsened for eight days, he was diagnosed with COVID-19 and died on April 28.

“It was fast. There was not time to do anything and it surprised a lot of people,” de Paula said.

They had been together for 43 years. “Only the feeling of missing him is left. People said that with time (it will get better), but for me, it will not end, it won’t.”