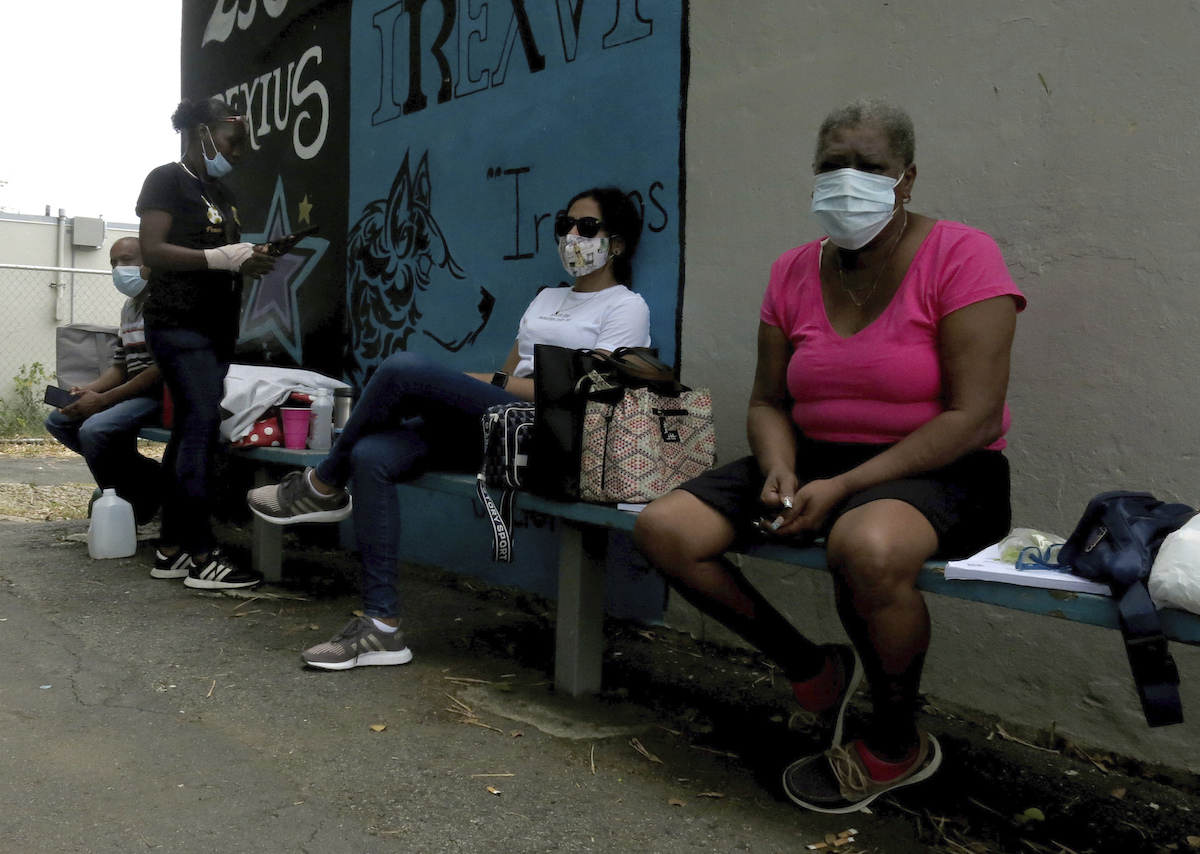 SAN JUAN, Puerto Rico (AP) — The future of Puerto Rico’s botched primaries rested in the hands of the island’s Supreme Court as answers trickled out Monday on why voting centers lacked ballots and forced officials to reschedule part of the primaries in a blow to the U.S. territory’s democracy.

A plan to hold another primary on August 16 for centers that could not open on Sunday could change depending on the ruling of a lawsuit filed by Pedro Pierluisi, who is running against Gov. Wanda Vázquez to become the potential nominee of the pro-statehood New Progressive Party. Joining the lawsuit was Puerto Rico Sen. Eduardo Bhatia, of the main opposition Popular Democratic Party.

Meanwhile, María Dolores Santiago, the electoral commission official for the New Progressive Party, told The Associated Press that key officials knew about the problems leading up to the primary on Sunday, but nobody did anything to stop it. She said the last of the remaining ballots arrived Saturday at 8:30 p.m., days behind schedule, and that trucks loaded with the ballots and electronic voting machines didn’t leave until Sunday, the day of the primary, when normally they depart one or two days beforehand.

Santiago repeatedly refused to answer questions including why she didn’t personally suggest that the primaries be delayed during Saturday’s meeting with the president of the electoral commission. She only said that at the time, the general agreement was to go ahead and hold the primary.

“Maybe other decisions should have been taken, but we have to work with reality,” she said. “It’s unfair to throw around blame.”

Gov. Wanda Vázquez and other top officials from the island’s two main parties have demanded that the president of the elections commission resign after a lack of ballots meant people were only able to vote in nearly 60 of 110 precincts on Sunday. Carlos Méndez, president of the island’s House of Representatives, also demanded the commission release the results of the completed votes.

Juan Ernesto Dávila, the commission’s president, told The Associated Press that there was never a discussion with Santiago or any other official about changing the primaries’ date.

“We were focused on trying to push out this electoral event,” he said. “I don’t think it was a mistake… there were a lot of factors playing against us.”

Among them, he mentioned the pandemic, Tropical Storm Isaias, and a last-minute request from the two main parties to print more than 75,000 additional ballots. He said he is now focused on trying to find funds and materials needed for the additional primary.

“What would we have done differently? I’m not focused on that. I’m focused on solving the situation,” he said.

It was the first time primaries have been halted and led many to worry that it has cracked Puerto Ricans’ confidence in their government and could affect the outcome of upcoming November general elections on an island with a voter participation rate of nearly 70%.

“That scar will never leave Puerto Rico,” said political analyst Domingo Emanuelli. “It was a hold-up of the country’s democracy.”

Pierluisi briefly served as governor after Gov. Ricardo Rosselló resigned in August 2019 following widespread street protests over a profanity-laced chat that was leaked and government corruption. But Puerto Rico’s Supreme Court ruled that Vázquez, then the justice secretary, was constitutionally next in line because there was no secretary of state.

A federal control board that oversees Puerto Rico’s finances dismissed accusations that the electoral commission did not have enough funding, saying it approved all of its funding requests.

“The disruptions… are the result [of] inefficient organization at an agency that only two weeks ago struggled to procure the printing of ballots for an election that was originally supposed to take place on June 7,” the board said in a statement. “The State Elections Commission has sufficient money, and it has the more than enough staff to perform the one task it is charged with.”

The ongoing chaos could be further disrupted by additional lawsuits, experts say.

Edgardo Román, president of the Bar Association of Puerto Rico, said the situation is in a legally gray area. A new date has to be set for those who didn’t get a chance to vote because the ballots never arrived, he said, but it’s less clear what will happen to those who didn’t return to centers to vote because they didn’t find out in time that the ballots eventually arrived.

“We have had the worse electoral experience in the history of Puerto Rico,” he said,

The political upheaval was demoralizing to some, but Gireliz Zambrana, a 31-year-old federal employee who didn’t get a chance to vote on Sunday, said he would try again on Aug. 16 even though he is frustrated and said what happened is irrational.

“One has to go out and vote,” he said. “The only way to fix all of this is kicking people out.”