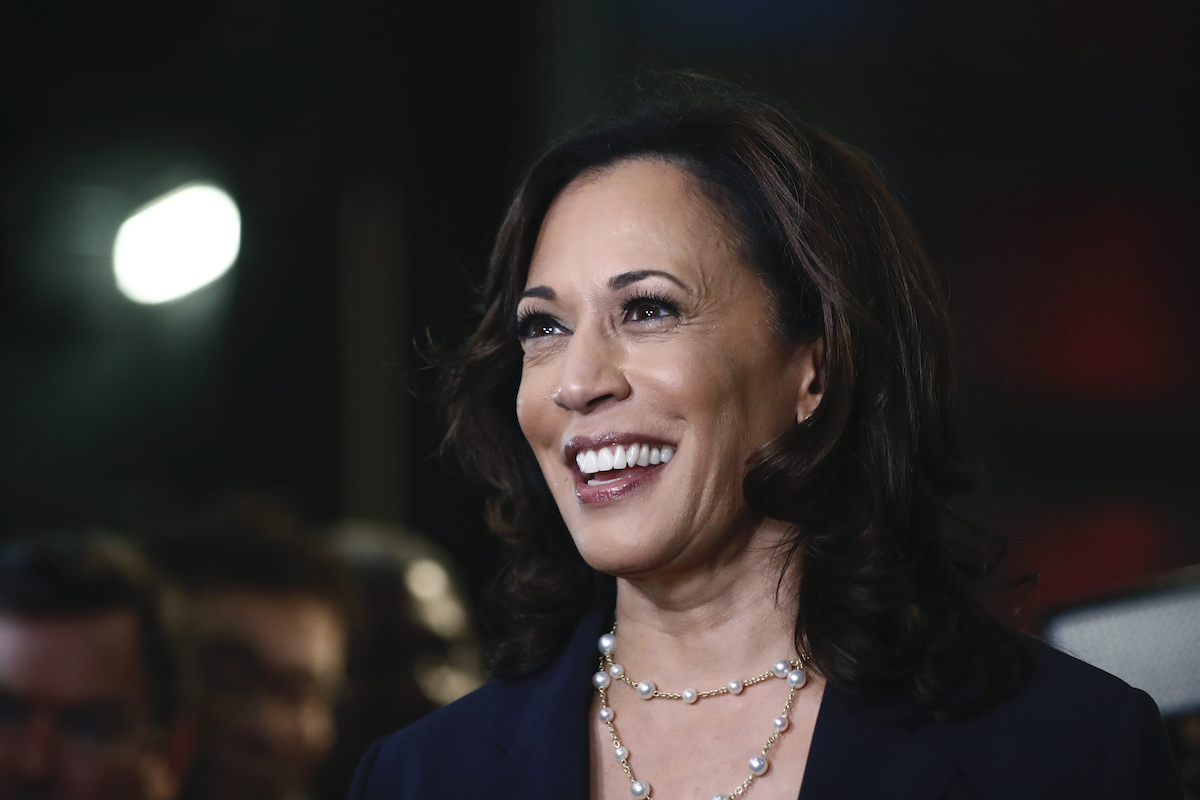 By ALEXANDRA JAFFE, KATHLEEN RONAYNE and WILL WEISSERT, Associated Press

“I have the great honor to announce that I’ve picked @KamalaHarris — a fearless fighter for the little guy, and one of the country’s finest public servants — as my running mate,” Biden tweeted. In a text message to supporters, Biden said, “Together, with you, we’re going to beat Trump.”

Harris and Biden plan to deliver remarks Wednesday in Wilmington.

Back when Kamala was Attorney General, she worked closely with Beau. I watched as they took on the big banks, lifted up working people, and protected women and kids from abuse. I was proud then, and I'm proud now to have her as my partner in this campaign.

In choosing Harris, Biden is embracing a former rival from the Democratic primary who is familiar with the unique rigor of a national campaign. Harris, a 55-year-old first-term senator, is also one of the party’s most prominent figures and quickly became a top contender for the No. 2 spot after her own White House campaign ended.

Harris, who is also Indian American, joins Biden in the 2020 race at a moment of unprecedented national crisis. The coronavirus pandemic has claimed the lives of more than 150,000 people in the U.S., far more than the toll experienced in other countries. Business closures and disruptions resulting from the pandemic have caused an economic collapse. Unrest, meanwhile, has emerged across the country as Americans protest racism and police brutality.

Trump’s uneven handling of the crises has given Biden an opening, and he enters the fall campaign in strong position against the president. In adding Harris to the ticket, he can point to her relatively centrist record on issues such as health care and her background in law enforcement in the nation’s largest state.

Harris’ record as California attorney general and district attorney in San Francisco was heavily scrutinized during the Democratic primary and turned off some liberals and younger Black voters who saw her as out of step on issues of systemic racism in the legal system and police brutality. She tried to strike a balance on these issues, declaring herself a “progressive prosecutor” who backs law enforcement reforms.

Biden, who spent eight years as President Barack Obama’s vice president, has spent months weighing who would fill that same role in his White House. He pledged in March to select a woman as his vice president, easing frustration among Democrats that the presidential race would center on two white men in their 70s. 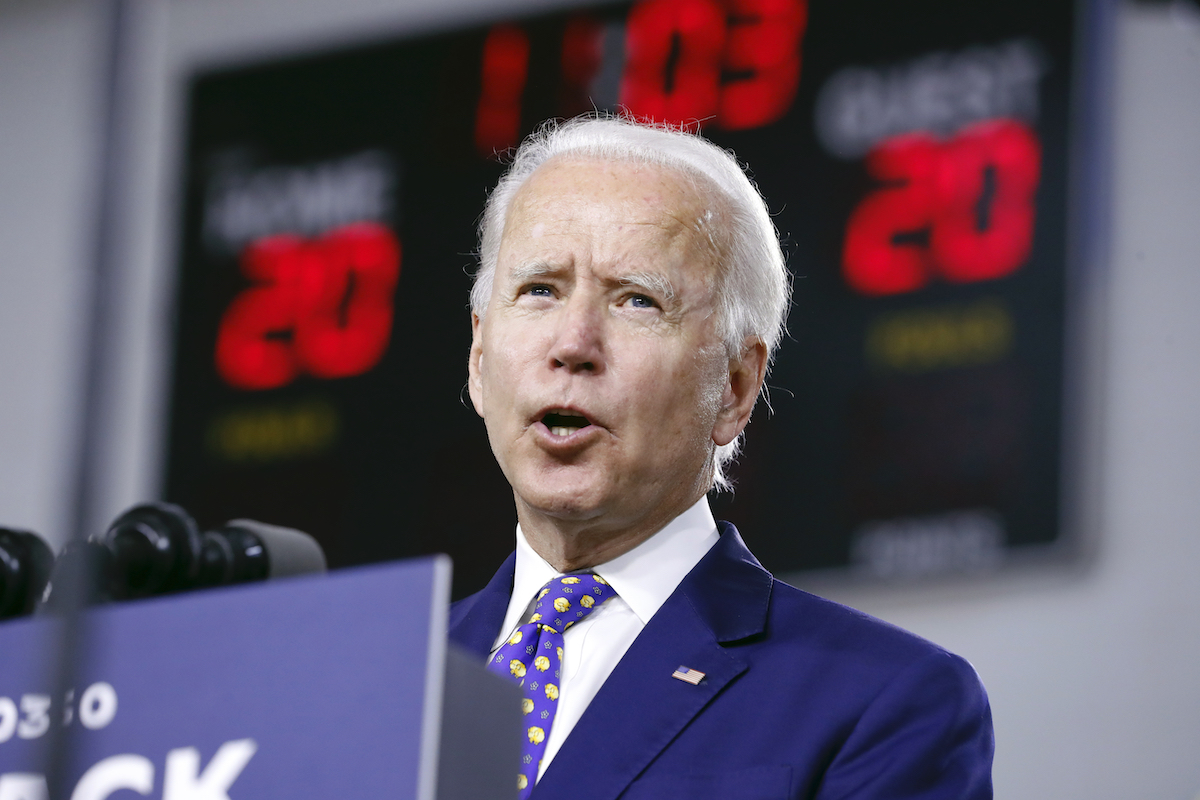 Rice congratulated Harris on her selection, calling her a “tenacious and trailblazing leader.” Rice said she would support Biden and Harris “with all my energy and commitment.”

Bass tweeted, “@KamalaHarris is a great choice for Vice President. Her tenacious pursuit of justice and relentless advocacy for the people is what is needed right now.”

@KamalaHarris is a great choice for Vice President.

Her tenacious pursuit of justice and relentless advocacy for the people is what is needed right now. 1/ pic.twitter.com/Fnv9SgWxDc

Now all Americans will benefit from her work as Vice President.

I will do everything I can to help her and @JoeBiden win in November. 3/3

A woman has never served as president or vice president in the United States. Two women have been nominated as running mates on major party tickets: Democrat Geraldine Ferraro in 1984 and Republican Sarah Palin in 2008. Their party lost in the general election.

The vice presidential pick carries increased significance this year. If elected, Biden would be 78 when he’s inaugurated in January, the oldest man to ever assume the presidency. He’s spoken of himself as a transitional figure and hasn’t fully committed to seeking a second term in 2024. If he declines to do so, his running mate would likely become a front-runner for the nomination that year.

Born in Oakland to a Jamaican father and Indian mother, Harris won her first election in 2003 when she became San Francisco’s district attorney. In the role, she created a reentry program for low-level drug offenders and cracked down on student truancy.

She was elected California’s attorney general in 2010, the first woman and Black person to hold the job, and focused on issues including the foreclosure crisis. She declined to defend the state’s Proposition 8, which banned same-sex marriage and was later overturned by the U.S. Supreme Court.

As her national profile grew, Harris built a reputation around her work as a prosecutor. After being elected to the Senate in 2016, she quickly gained attention for her assertive questioning of Trump administration officials during congressional hearings. In one memorable moment last year, Harris tripped up Attorney General William Barr when she repeatedly pressed him on whether Trump or other White House officials pressured him to investigate certain people.

Harris launched her presidential campaign in early 2019 with the slogan “Kamala Harris For the People,” a reference to her courtroom work. She was one of the highest-profile contenders in a crowded Democratic primary and attracted 20,000 people to her first campaign rally in Oakland.

But the early promise of her campaign eventually faded. Her law enforcement background prompted skepticism from some progressives, and she struggled to land on a consistent message that resonated with voters. Facing fundraising problems, Harris abruptly withdrew from the race in December 2019, two months before the first votes of the primary were cast.

One of Harris’ standout moments of her presidential campaign came at the expense of Biden. During a debate, Harris said Biden made “very hurtful” comments about his past work with segregationist senators and slammed his opposition to busing as schools began to integrate in the 1970s.

“There was a little girl in California who was a part of the second class to integrate her public schools, and she was bused to school every day,” she said. “And that little girl was me.”

Shaken by the attack, Biden called her comments “a mischaracterization of my position.”

The exchange resurfaced recently one of Biden’s closest friends and a co-chair of his vice presidential vetting committee, former Connecticut Sen. Chris Dodd, still harbors concerns about the debate and that Harris hadn’t expressed regret. The comments attributed to Dodd and first reported by Politico drew condemnation, especially from influential Democratic women who said Harris was being held to a standard that wouldn’t apply to a man running for president.

Some Biden confidants said Harris’ campaign attack did irritate the former vice president, who had a friendly relationship with her. Harris was also close with Biden’s late son, Beau, who served as Delaware attorney general while she held the same post in California.

But Biden and Harris have since returned to a warm relationship.

“Joe has empathy, he has a proven track record of leadership and more than ever before we need a president of the United States who understands who the people are, sees them where they are, and has a genuine desire to help and knows how to fight to get us where we need to be,” Harris said at an event for Biden earlier this summer.

At the same event, she bluntly attacked Trump, labeling him a “drug pusher” for his promotion of the malaria drug hydroxychloroquine as a treatment for the coronavirus, which has not been proved to be an effective treatment and may even be more harmful. After Trump tweeted “when the looting starts, the shooting starts” in response to protests about the death of George Floyd, a Black man, in police custody, Harris said his remarks “yet again show what racism looks like.”

Harris has taken a tougher stand on policing since Floyd’s killing. She co-sponsored legislation in June that would ban police from using chokeholds and no-knock warrants, set a national use-of-force standard and create a national police misconduct registry, among other things. It would also reform the qualified immunity system that shields officers from liability.

The list included practices Harris did not vocally fight to reform while leading California’s Department of Justice. Although she required DOJ officers to wear body cameras, she did not support legislation mandating it statewide. And while she now wants independent investigations of police shootings, she didn’t support a 2015 California bill that would have required her office to take on such cases.

“We made progress, but clearly we are not at the place yet as a country where we need to be and California is no exception,” she told The Associated Press recently. But the national focus on racial injustice now shows “there’s no reason that we have to continue to wait.”