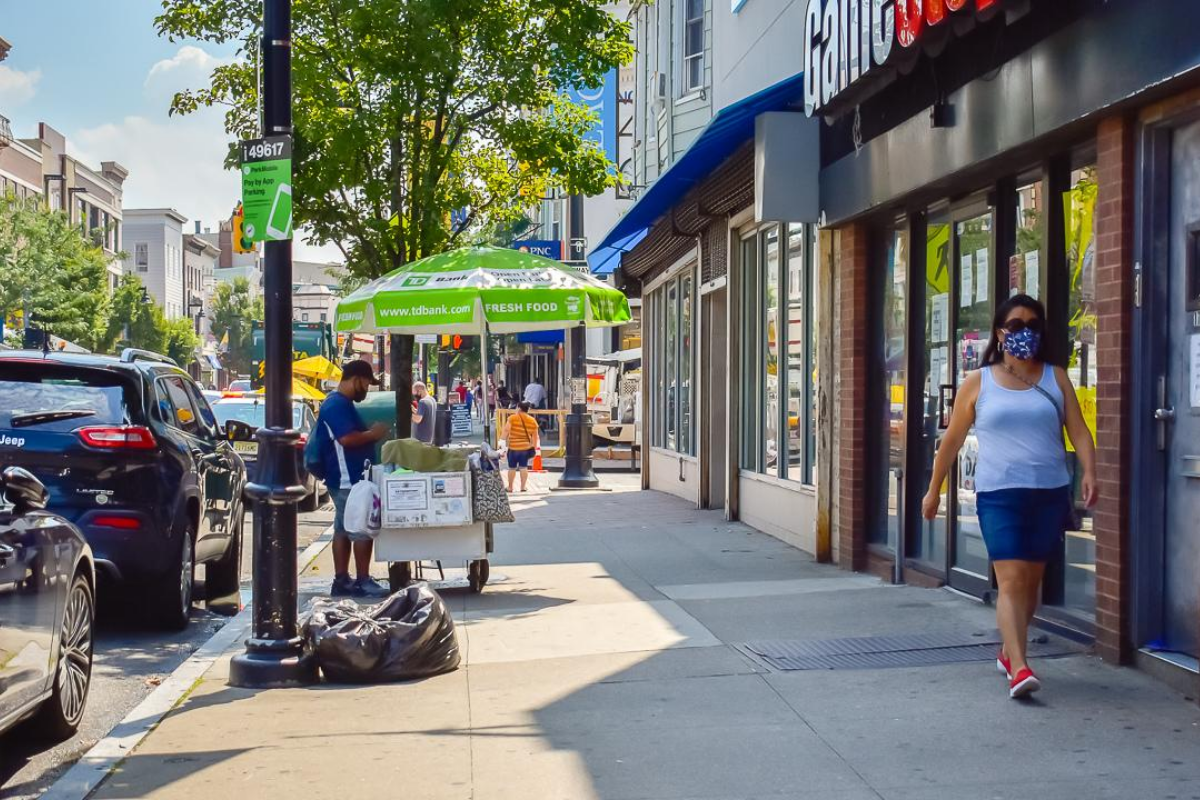 NEWARK — Ferry Street has always been its own bustling neighborhood. Before the global pandemic hit, every day hundreds of people would visit its restaurants to indulge in the best cuisine Newark had to offer, ranging from Latin American staples to the Portuguese institution Seabra’s Marisqueira.

In the summer, several street vendors would anchor their carts in each corner. Some would sell Ecuadorian raspados or ice creams. Others would cut mangoes and sprinkle chile Tajín and lime juice. Don’t forget about the classic elotes; aguas frescas and your simple paletas, too. A few carts would sell toys, clothing, or artesanías (handcraft items).

Now five months after the statewide quarantine began, Ferry Street looks like a different neighborhood. The swarm of people visiting is no longer there, traffic has decreased, most businesses are closed, restaurants are working at 30% capacity, and the street vendors are mostly gone.

Only one ice cream cart was operating on the corner of Ferry Street and Market Street, near Newark Penn Station, owned by Silvia Samuel, an Ecuadorian immigrant who has been working as a street vendor since she arrived in 2012.

“It was very hard. I used to sell all of my ice cream in a hot day like this. Now, I am barely finishing a bucket,” said Samuel as she was getting ready to go back home. “Nobody is around as before. I pray to God for this to end so we can go back to normal.”

Samuel was unable to access federal and state benefits due to her legal status, making it even difficult to pay her rent —and utilities— all by herself. 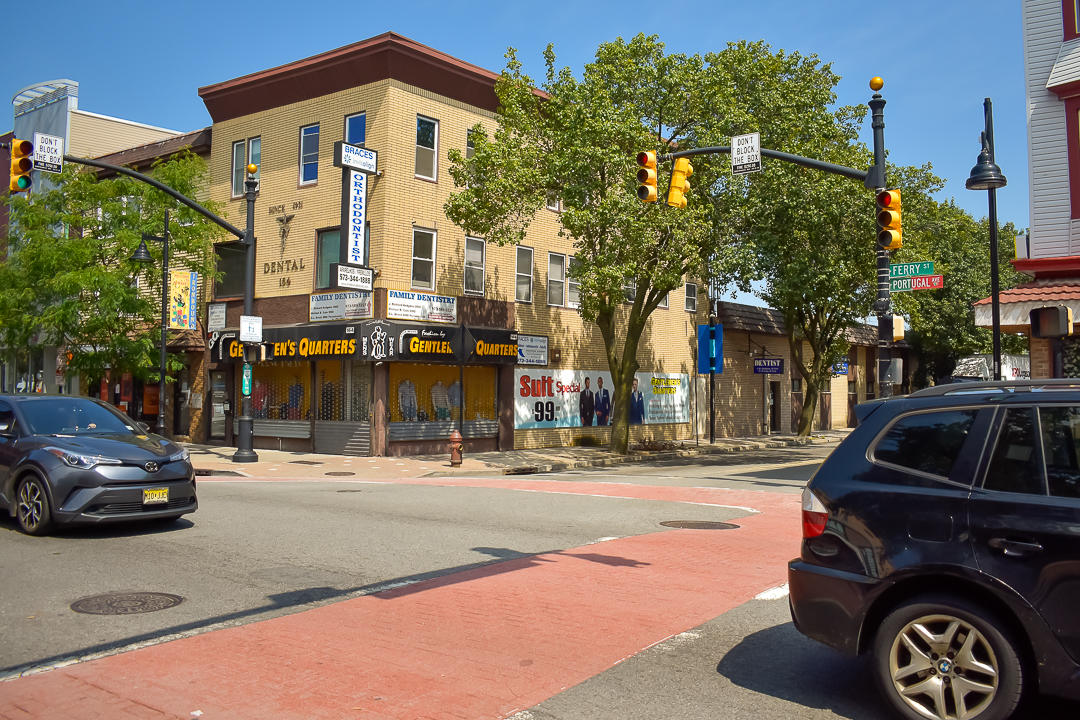 The once bustling Ferry Street in Newark, New Jersey is desolate with almost no street vendors or local businesses operating at full capacity due to the coronavirus outbreak. (Photo Credit: Diego Jesús Bartesaghi Mena/Latino Rebels)

Stories like Samuel’s are not uncommon. According to the Street Vendor Project, a membership-based organization, there are approximately 20,000 vendors in New York City alone, and most of them are migrants, people of color, or veterans.

Most of them, like Samuel, struggled to make ends meet. But when the pandemic hit, they suffered the economic impact of the quarantine.

“Street vendors are generally not eligible for state-sponsored benefits or support like paid sick leave and unemployment insurance, or even small business relief funds. For workers in informal economies, this is a dire situation, leaving many with fear and confusion as to how they will support themselves and their families in the days, weeks and months to come,” wrote Street Vendor Project in one of their blogs back in March.

“90% of our members are low-wage immigrant workers who rely on busy streets in order to survive day to day. Without a safety net to fall back on, they are forced to continue to work, risking their health and well-being in the process,” they added.

As officials continue their efforts to re-open the economy, street vendors are often left out of those conversations.

That is why The National Agenda for Street Vendor Justice, a coalition of different street vendor organizations across the country, created a united platform of demands posted on their Medium account focusing on the immediate socio-economic needs of the community and “setting the foundation for an equitable national economy that values the contributions of street vendor small businesses.”

In the post, the coalition demands local and federal governments to offer incentives to all small business —including street vendors— and to have this information in different languages; to forgive all outstanding fines in 2020; to naturalize immigrants and refugees so that they could have access to healthcare and benefits; to “establish eviction moratoriums, suspension of rent, and automatic forgiveness of any rent, mortgage, or utility payment owed or accumulated during the length of this crisis;” and full access to emergency testing and health care. 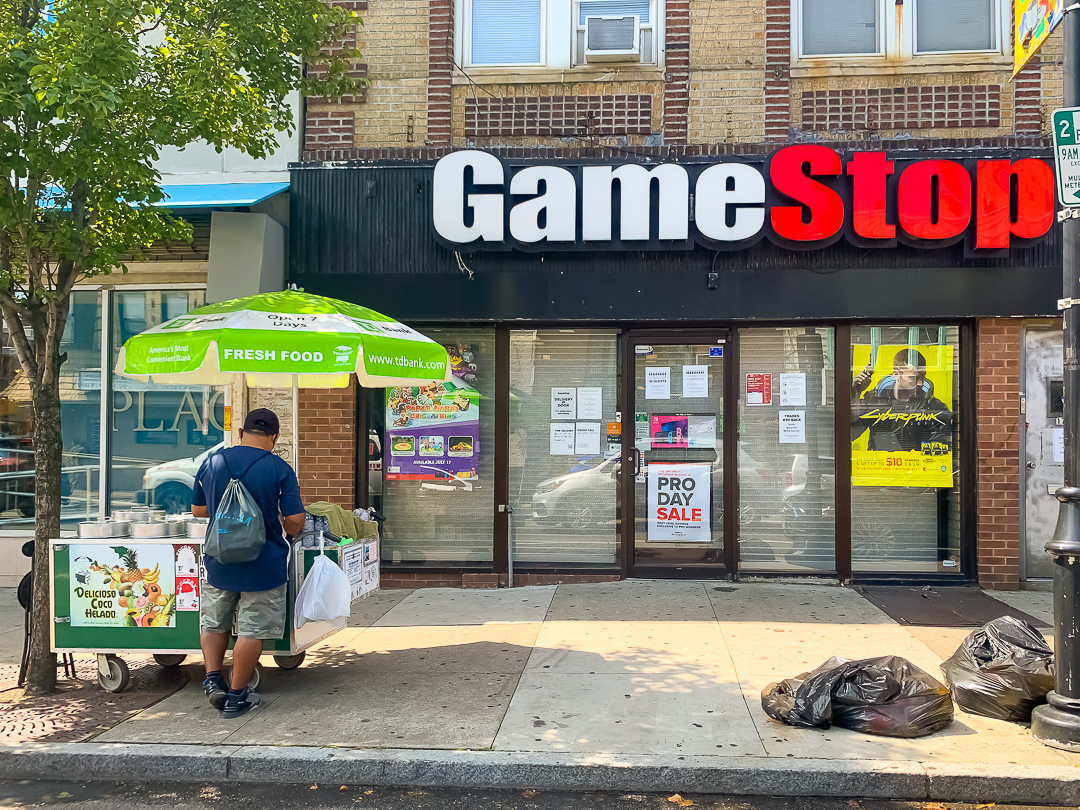 Back in June, NYC allowed restaurants the use of public spaces for temporary outdoor dining during Phase II.

Yet, street vendors are unable to apply for a permit to operate in public spaces. Moreover, due to the use of streets and sidewalks by restaurants, street vendors risk being displaced.

Therefore, the Street Vendors Project also suggested that officials allow street vendors to apply for those permits, ensuring there is no loss of vending spaces, and that spaces be added where vendors can be stationed.

Samuel hasn’t heard of these permits, nor does she know if she even qualifies to obtain such benefits. Still, Samuel says she will continue working until the crisis gets better, even if it means she’ll only take home a couple of dollars a day that might not last her for the week.