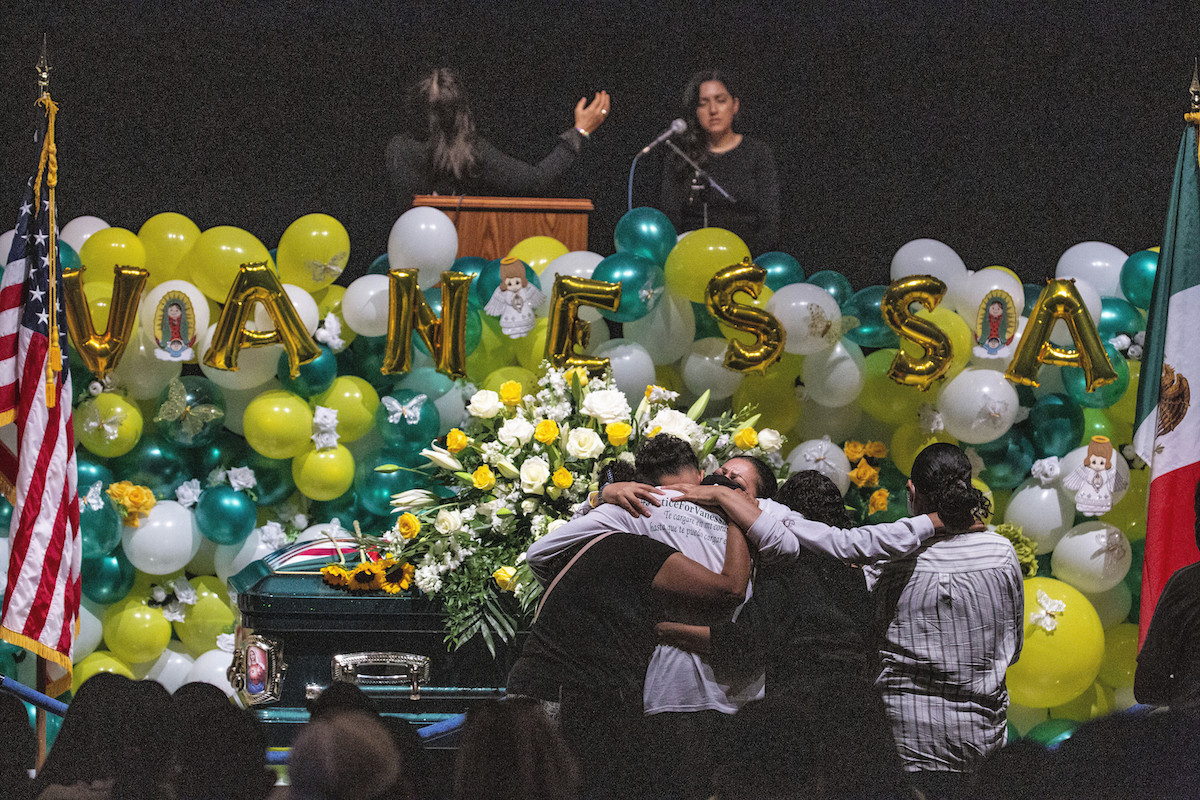 HOUSTON (AP) — Flags from the U.S., Texas and Mexico flew at half staff Friday as a white, horse-drawn carriage embellished with white flowers brought in the custom green casket that carried the remains of a slain soldier.

Vanessa Guillén, who was last seen on April 22, was memorialized nearly four months after she is said to have been killed by a fellow soldier at Fort Hood, a U.S. Army base in Texas. Mourners gathered at César Chávez High School in Houston, where Guillén grew up playing soccer and dreaming of joining the military.

“She’s very happy where she is next to God and the Virgin Mary,” Lupe Guillén said. “We are not here for justice or politics today. We are here to remember, honor and respect Vanessa Guillén and her beautiful life, her tender heart and her beautiful face.”

In a private moment just before entering the school’s auditorium —where flowers in green and yellow hues, balloons, religious images and pictures of Guillén adorned the stage— family and friends walked behind the casket, accompanying Guillén on a last lap around the field she frequented as a teenager. Guillén’s mother and grandmother grasped each other as they prayed over the casket through sobs. 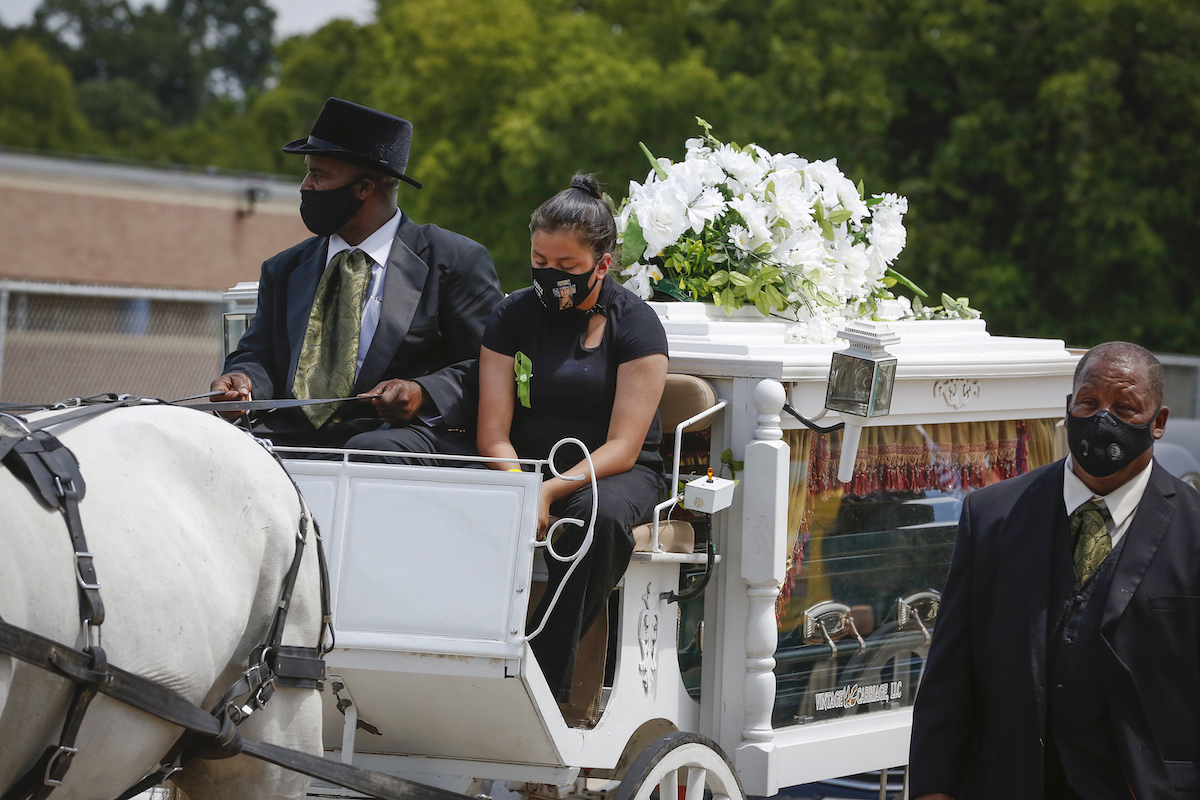 Lupe Guillén, the youngest sister of U.S. Army Specialist Vanessa Guillén, rides on a horse-drawn carriage as they made a final lap around the César Chávez High School track Friday, Aug. 14, 2020, in Houston. (Steve Gonzáles/Houston Chronicle via AP)

Standing in front of the casket, Guillén’s grandmother shared a story about the chocolates she carried in her purse. She said they were her granddaughter’s favorite, and she brought them for her from Mexico every visit. Her last memory of her granddaughter is from December, when Guillén was leaving to work and turned back, gave her a hug and money and told her to buy herself a treat, a soda, or something she liked that was just for her to enjoy.

“Now, I am here to lay these, her favorite chocolates, at my Vanessita’s grave,” Guillén’s grandmother said in Spanish.

Guillén’s best friend, Jocelyn Sierra, said they met at César Chávez High School five years ago. She said although it has been 114 days since Guillén died, she feels her presence with her every day. Sierra said the last time she saw Guillén was a week before she went missing, when they ate pizza together and watched the movie “G.I. Jane.”

The Roman Catholic service was open to the public and was being streamed online. The memorial was scheduled to last until 8 p.m., with praise sessions, prayers and testimonials. Guests included U.S. Rep. Sylvia Garcia (D-TX) and friends of the Guillén family. Guillén’s remains will be laid to rest after a private ceremony Saturday.

Guillén’s story has renewed a push for changes in the way the military handles sexual abuse and harassment from Fort Hood to Capitol Hill.

Natalie Khawam, who is representing the Guillén family, said the family is thankful to President Donald Trump because the White House helped to expedite the process of giving Guillén’s remains to relatives so they could have a funeral.

Guillén disappeared from Fort Hood, where she was stationed, on April 22, and Army officials confirmed July 6 that her remains had been found. Investigators said she was bludgeoned to death on base by a fellow soldier, who later killed himself, according to a federal complaint. 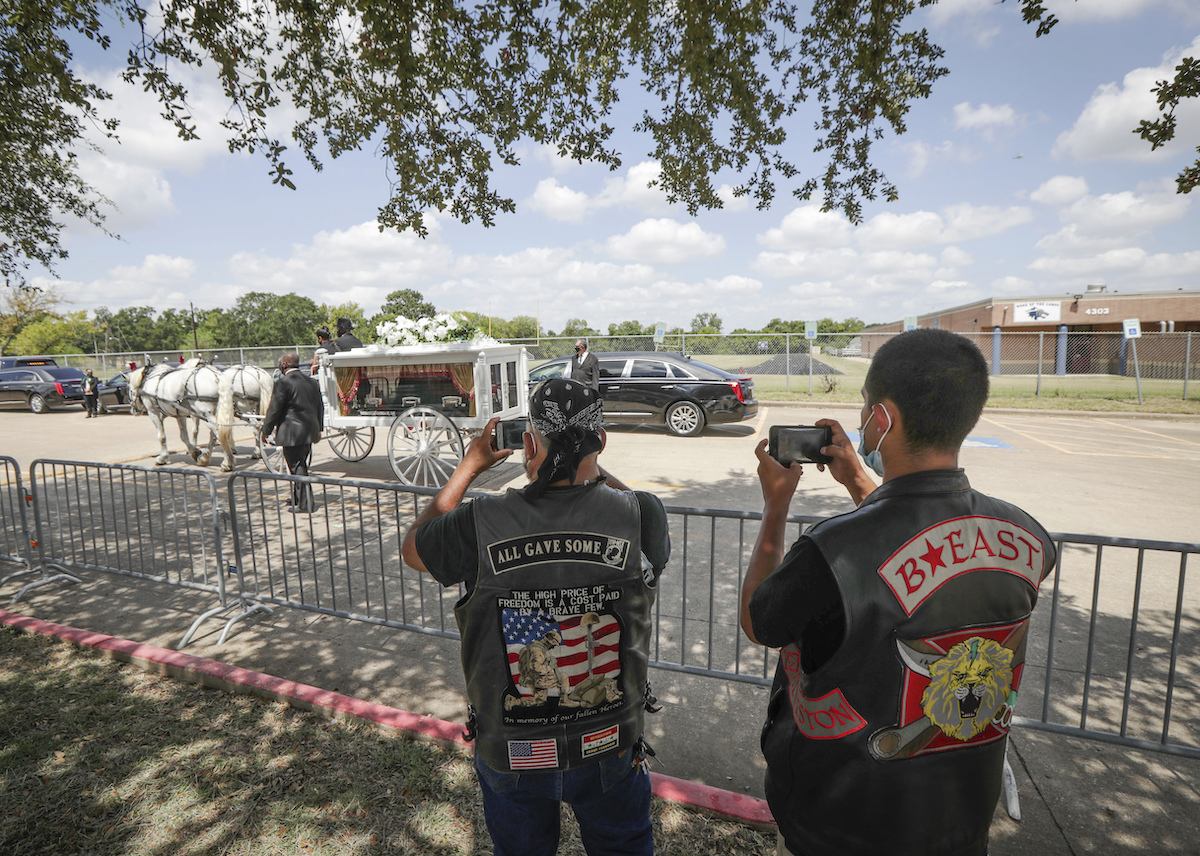 Civilian Cecily Aguilar, 22, is charged with a federal count of conspiracy to destroy evidence in helping dispose of the body. She has pleaded not guilty and is being held at the Bell County Jail.

Guillén’s family has said she was sexually harassed by the soldier suspected of killing her, but the Army has said there is no evidence of that.

The Army is investigating Guillén’s death. Secretary of the Army Ryan McCarthy ordered an independent review of the command climate at Fort Hood following Guillén’s slaying.

Members of Congress have joined advocates for women demanding systemic shifts in military culture. Some have invoked the hashtag #NiUnaMás, meaning “not one more woman dead,” a rallying cry in Mexico against the killing of women.

Acacia Coronado reported from Austin. She is a corps member for the Associated Press/Report for America Statehouse News Initiative. Report for America is a nonprofit national service program that places journalists in local newsrooms to report on undercovered issues.”