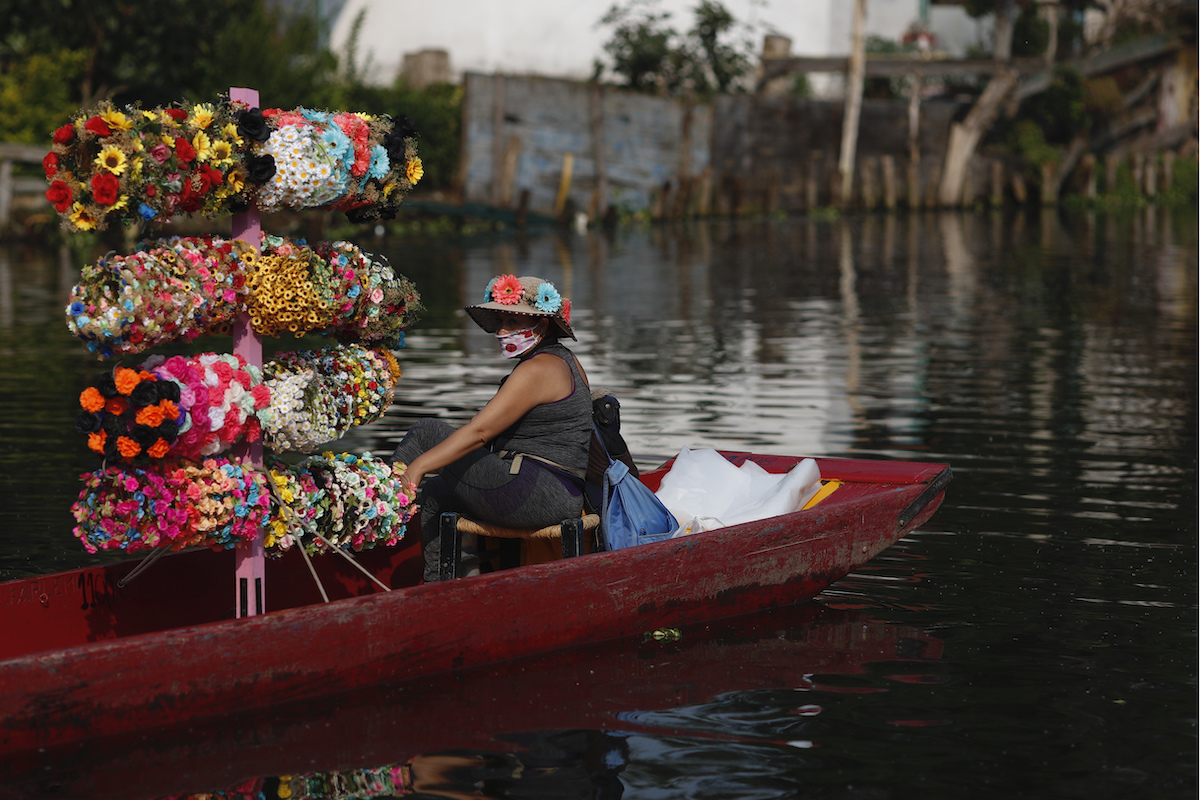 A flower crown vendor waits in her boat at the Nuevo Nativitas dock in th the Xochimilco borough of Mexico City, Friday, August 21, 2020. (AP Photo/Rebecca Blackwell)

MEXICO CITY (AP) — As the COVID-19 pandemic froze the United States economy, not all Latin American immigrants living there were affected equally, a look at the money they sent back to their birthplaces reveals.

While remittances for the first six months of 2020 were lower than the same period in 2019 for Colombia, El Salvador, Guatemala and Honduras, they were up for Mexico and the Dominican Republic, according to an analysis of central bank data by the Washington-based Pew Research Center published Monday.

The six nations included in the analysis are the birthplaces of about eight of 10 Latino immigrants living in the United States and receive the vast majority of their remittances from the U.S. All six countries had set record highs for the money they sent home in 2019, receiving $71.5 billion, according to the report. 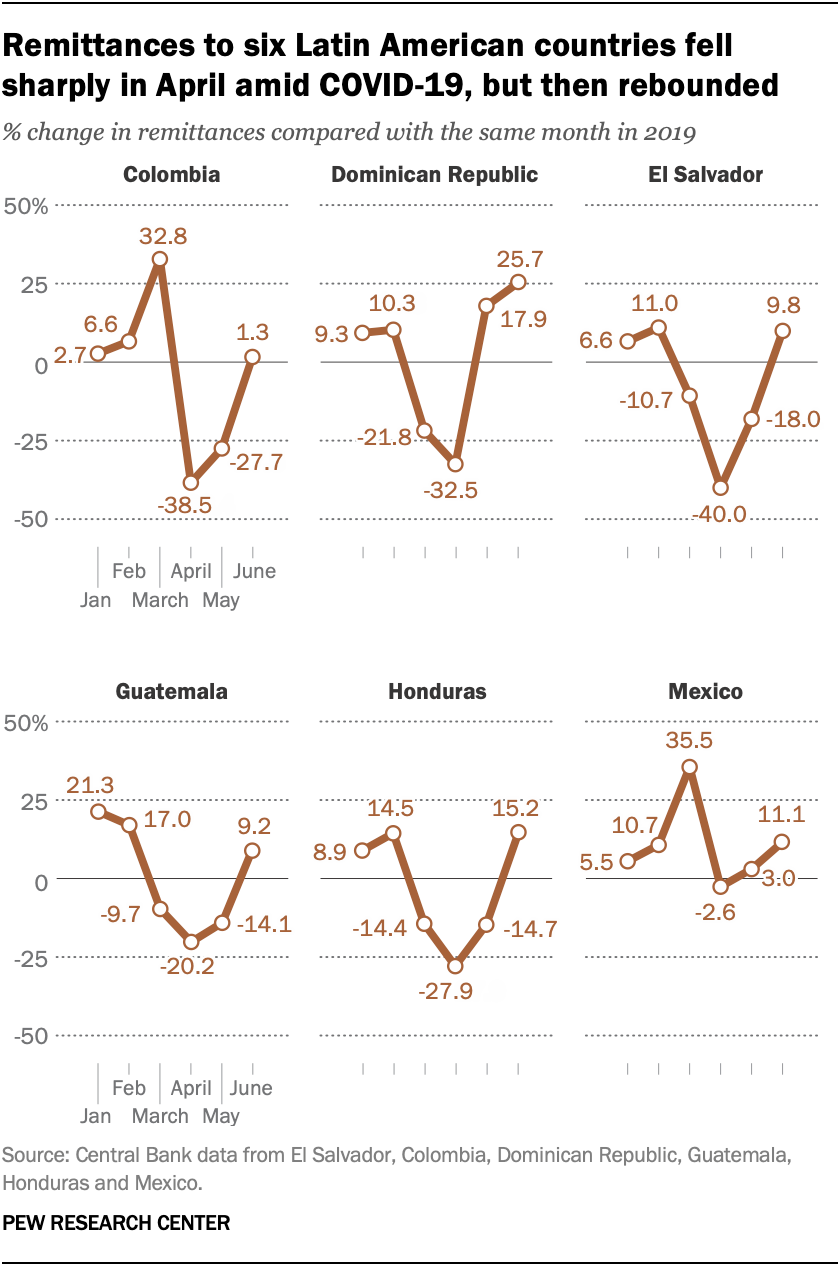 Mexico stands out for recording a 10.6% increase in the money it received during the first six months of the year, despite the pandemic. At the other end of the spectrum is El Salvador, which received 8% less.

Mark Hugo Lopez, Pew’s director of Global Migration and Demography Research, said there likely isn’t one explanation for the discrepancy.

Mexico benefited from an exchange rate that makes the dollar go farther while El Salvador uses the dollar for its currency. There are not huge differences in the occupations of the immigrants from the two countries. Geography could be factor: Salvadoran immigrants are concentrated in California, Texas and around Washington, D.C., while Mexicans are more broadly settled in California, Texas, Georgia and throughout the Midwest, he said.

Lopez also noted that a higher percentage of Mexican immigrants have lived in the U.S. longer than 16 years. Others have suggested that the larger population of Mexicans living legally in the U.S. could have made them more resilient as the economy tanked.

“In spite of the pandemic in the United States and also the collapse of the United States economy, remittances that our countrymen send to their relatives have increased and that reaches 10 million families,” the president said.

The decline in remittances to El Salvador, as well as Guatemala and Honduras, in the first six months of the year could signal that once the U.S. border closure under health provisions is lifted, high levels of immigration could resume. Many families depend on the money sent home from their relatives to make ends meet.

In El Salvador and Honduras, remittances made up more than 20% of gross domestic product last year, according to the report.