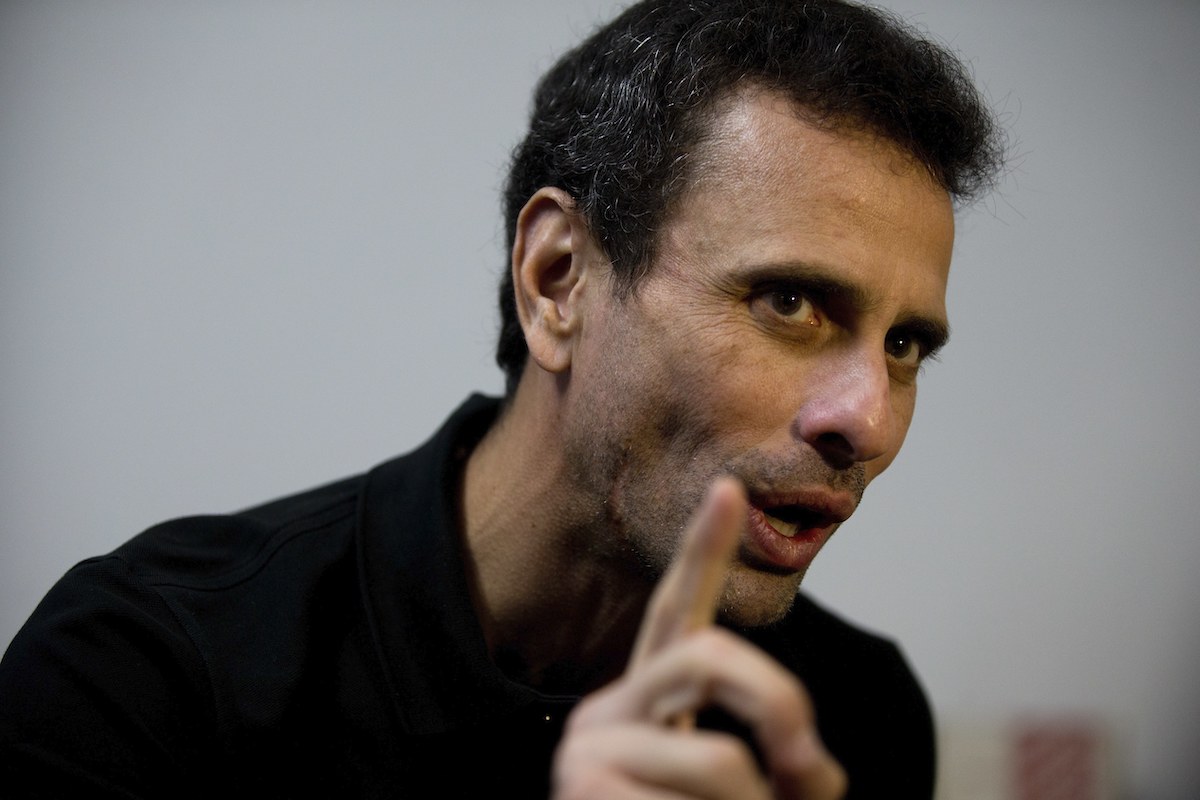 “We aren’t going to hand over the National Assembly to Maduro as a gift—never,” Capriles said. “If he’s going to take anything away from us, he’s going to have to do it by force, which only looks bad for him.”

Capriles, 48, said he’s forging a new path that will offer struggling Venezuelans an option to standing on the sidelines as Maduro gains a monopoly on power amid an opposition election boycott. Venezuelans have no other option but to press for political change, he said.

Capriles himself can’t run in the elections since he’s been banned from politics by Venezuelan authorities, though he remains an important player behind the scenes. And it’s unclear how he would field candidates or what his decision to break with the boycott will concretely imply.

Following his comments, his Justice First party tweeted that it will meet on Thursday.

“In the face of the events that have occurred in recent days, we want to announce to Venezuelans that tomorrow our National Directorate will gather to establish a position in front of Venezuelans,” it said.

But Venezuela’s Supreme Court, loyal to Maduro, recently ordered the takeover of several influential political parties, including Capriles’ Justice First party. The move included suspending and replacing the board of directors of each party. It was unclear what the party leaders gathering Thursday can do.

Capriles’ announcement shattered a streak of unity spanning 18 months for Venezuela’s opposition movement. The coalition in early 2019 rallied around Guaidó, who claimed he would oust Maduro and quickly won backing from dozens of nations, including the United States.

This moment of hope, however, fizzled when Guaidó’s initiatives failed to remove Maduro, including a supposed military uprising. Maduro maintains power with key international supporters, including Russia and Iran, as well as the backing of Venezuela’s military.

Hardly a political newcomer, Capriles led the Justice First party in 2012 when he lost the presidential election to Hugo Chávez and again the next year after Chávez’s death in a contest against Maduro.

He’s credited in recent days with negotiating with Maduro to win pardons for dozens of political dissidents, including several jailed as what the opposition called political prisoners.

Capriles said he knows he’s up against steep challenges in the upcoming election.

“No one is saying that with this election we are going to solve our political, economic and social crisis,” Capriles said. “What I do know is that if we don’t fight it will be even more difficult for us.”