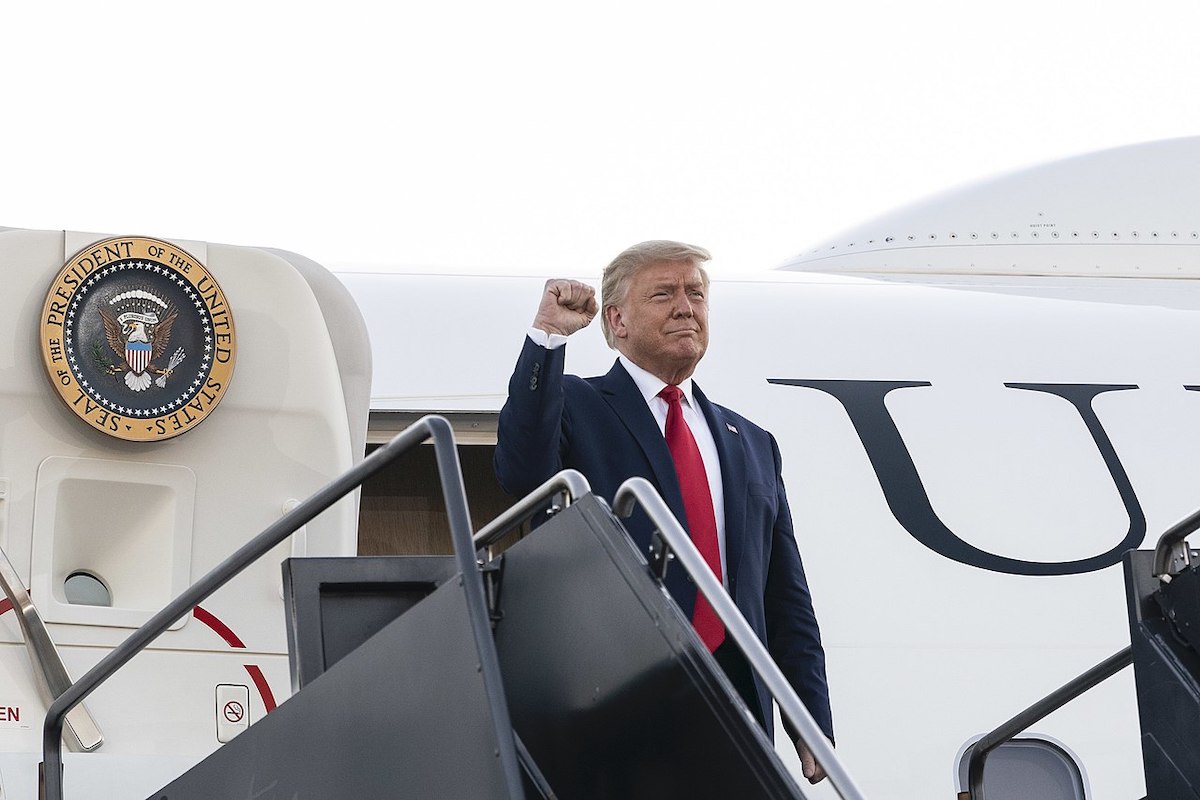 PHOENIX — The Republican Party may not be dead yet, but it’s probably time to put it out of our misery.

That was the assessment of a gaggle of former and disenchanted members of the GOP who recently gathered for a virtual roundtable hosted by Washington Post columnist Jonathan Capehart on MSNBC.

The conversation, which basically asked out loud whether the Republican Party has sold its soul to President Trump, was jaw-dropping not so much for what was said but for who was saying it.

To those in the GOP who insist on sticking with Trump, Steele is unforgiving.

While Trump’s takeover of the party now seems complete, the president’s overtly white nationalist agenda has been a dominant part of the GOP’s genetic makeup for decades, according Stuart Stevens, a ex-Republican and author of the new book It Was All a Lie.

“What happens if you spend decades focused on appealing to white voters and treating non-white voters with, at best, benign neglect? You get good at doing what it takes to appeal to white voters,” he said.

Ex-Republican Congressman David Jolly, who represented Florida’s 13th congressional district from 2014 to 2017, told Capehart the GOP under Trump has become “an association of largely white populists with an angry anti-government grievance agenda, with little nod toward policy.”

Steele, who is Black, said the party’s attitude towards Blacks, Latinos and other non-white Americans traces back to the GOP’s infamous Southern Strategy, which Republicans used to recruit disgruntled white Democrats to its ranks after the passage of the Civil Rights Act.

U.S. Sen. Barry Goldwater of Arizona, who voted against the Civil Rights Act, used it during his 1964 run for the White House against President Lyndon Johnson. Three years earlier at a Republican conference in Georgia, Goldwater bragged to his audience that Arizona was “Confederate country,” adding, “We’re not going to get the Negro vote as a bloc in 1964 or 1969, so we ought to go hunting where the ducks are.”

But scholars say it was Richard Nixon who “perfected” the use of the Southern Strategy in 1968 and 1972 by “turning the solidly Democratic South into a bastion of Republicanism.” President Ronald Reagan, who launched his campaign championing “states’ rights” at the Neshoba County Fair in Mississippi, was another Southern Strategy adherent.

Stevens said the party’s inability to attract more non-white voters, despite the country’s growing diversity, is helping fuel its demise.

“Of Americans 15 years and under, the majority is non-white,” he said, “and odds are really good that they’re going to turn 18 and still be non-white. What does that mean for the Republican party? It’s a death sentence as currently constructed.”

At the same time, the party has cast aside many of its so-called traditional conservative values, such as federal debt reduction, smaller government, and its veneration for the U.S. Constitution, the panelists said.

“How do you abandon deeply held beliefs about character, personal responsibility, foreign policy, and the national debt in a matter of months?” Stevens opines in his book.  “You don’t. The obvious answer is those beliefs weren’t deeply held. In the end, the Republican Party rallied behind Donald Trump because if that was the deal to regain power [after the Obama Administration], what was the problem? Because it had always been about power. The rest? The principles. The values. It was all a lie.”

Long suspicious of the communist totalitarianism of former Soviet Union, most Republican leaders have turned a blind eye to Trump’s obsequiousness to Russian President Vladimir Putin, a one time KGB chief who U.S. intelligence authorities say is working hard to ensure that Trump stays in the White House, much as he did in 2016.

Tom Nichols, a former Republican congressional staffer and now a columnist for USA Today, told the panel the president’s followers have given up on the nation’s democratic ideals. “[The GOP] is now dominated by Donald Trump and people who’ve bent the knee to Donald Trump, and once you do that, once you’ve betrayed the Constitution, there is no coming back.”

If the Republican Party does manage to survive Trumpism, Jolly predicts it could take at least a generation for the GOP to recoup its credibility.

“I don’t believe a Republican Party under this generation of Republican leaders, my former colleagues, is one that can be trusted,” Jolly said. “One of the reasons I left is because I realized I can never trust these colleagues again.”

Nichols is justifiably more cynical. To those clinging to a sentimental attachment to the GOP, Nichols said, “We all loved Old Yeller, but at some point you have to take Old Yeller behind the barn and put him down.”