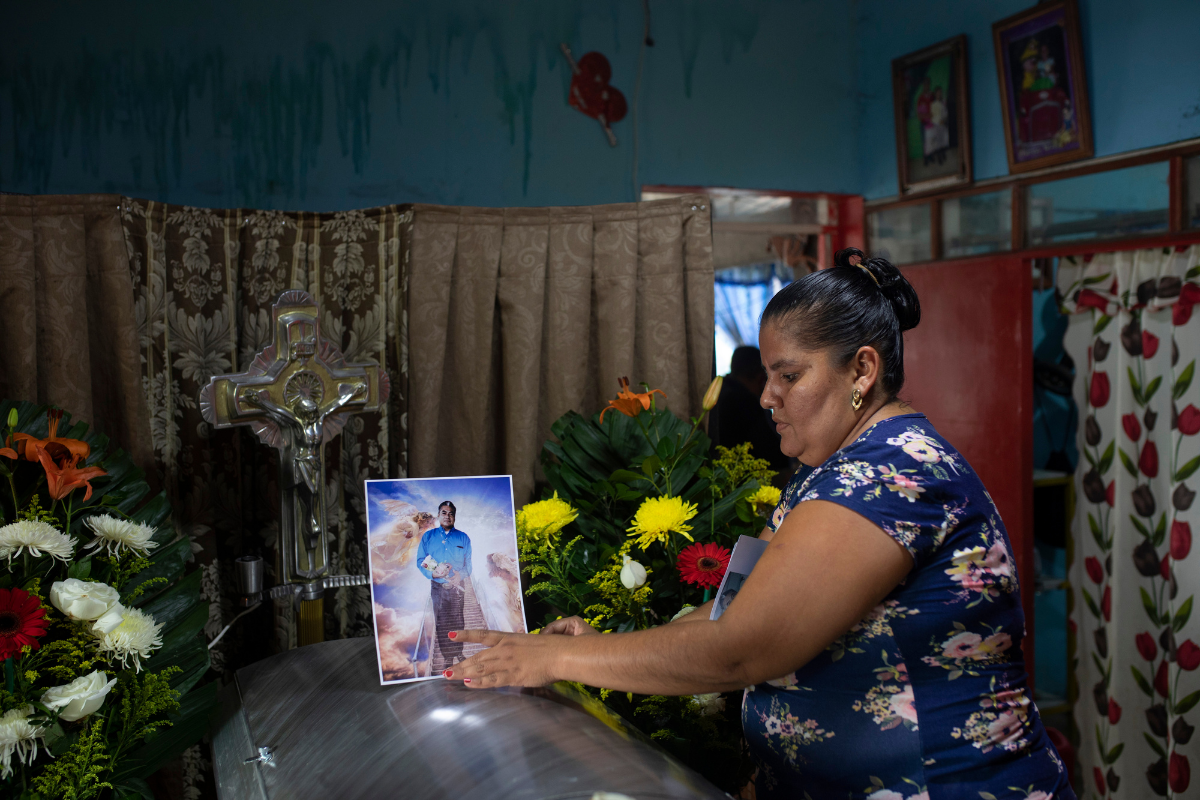 A woman places a photo of slain journalist Julio Valdivia on his casket during a wake for him inside his home in Tezonapa, Veracruz, México, Thursday, September 10, 2020. (AP Photo/Félix Marquez)

TEZONAPA, Mexico (AP) — Mourners gathered Thursday at the wake of a newspaper reporter whose decapitated body was found a day earlier in an area of the Gulf coast state of Veracruz that has suffered months of organized crime violence.

The newspaper El Mundo in the city of Córdoba reported Wednesday that the body of reporter Julio Valdivia was found near his motorcycle on railroad tracks in the town of Motzorongo. Family and friends paid their respects, but were hesitant to talk citing pervasive fear in the area.

Valdivia covered general news in that part of Veracruz, including crime. In Mexico, those beat reporters often draw the attention of criminal groups that are upset by coverage or try to control what stories are published.

President Andrés Manuel López Obrador said Thursday that he knows journalists do “heroic” work in that part of Veracruz and in other places.

“That is why all cases must be investigated and those responsible punished,” he said.

Valdivia, a father of six, was at least the sixth journalist killed this year in Mexico. Friend Angela Carrasco said the newspaper hadn’t paid him his complete salary in eight months. He was making 1,000 pesos or about $47 a week, she said. Carrasco said her friend was serious about his work and always trying to get ahead for his daughters. “That’s what he lived for,” she said.

The Veracruz state prosecutor’s office said in a statement Wednesday that its investigation would include Valdivia’s work as a journalist as one of the principal lines of inquiry. Mexican authorities have been criticized in previous cases for quickly discounting any connection between murdered journalists and their work. 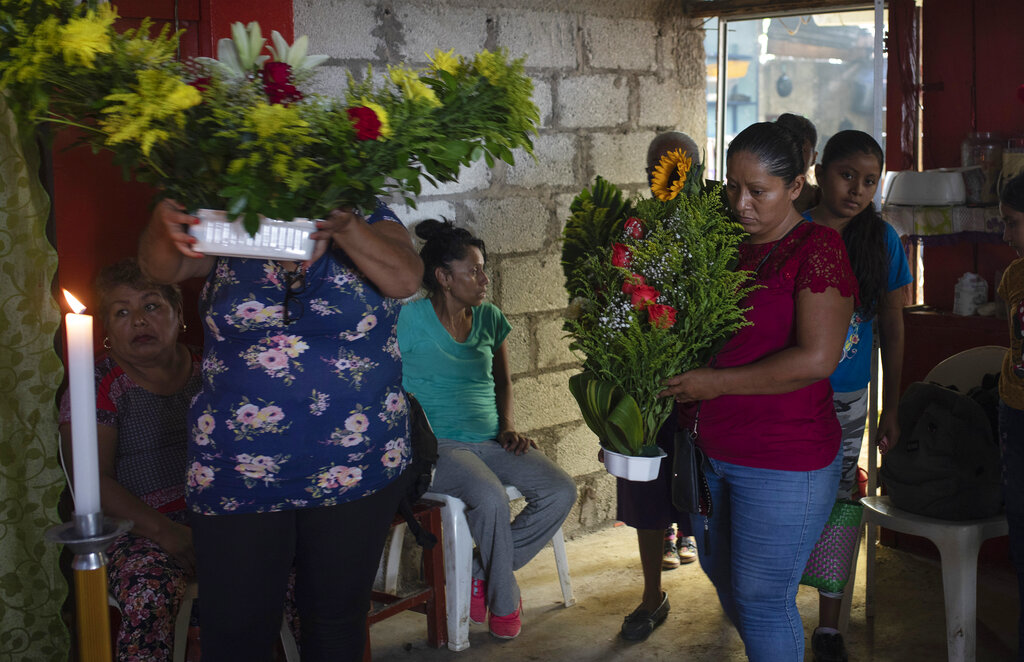 Family members of slain journalist Julio Valdivia bring flowers to his casket as they prepare to hold a wake inside his home in Tezonapa, Veracruz, México, Thursday, September 10, 2020. (AP Photo/Félix Marquez)

The Veracruz State Commission for Attention and Protection of Journalists said in a statement that Valdivia had not reported receiving threats to them and therefore did not have special protection measures. It condemned Valdivia’s murder and called on authorities to deeply investigate any connection to his work.

“In Veracruz, there are regions that are silenced or where there is a de facto vacuum of the rule of law, which forces journalists to turn to self-censorship as a means of protection,” Morales said. He said the groups that operate in places like this are involved in fuel theft, drug production and trafficking, extortion, kidnappings and stealing merchandise off trucks. “We’re talking about areas in a state of decomposition.”

Tezonapa, where Valdivia was from, sits at the border between Veracruz and Oaxaca. Motzorongo, where his body was found, is just five miles from Tezonapa.

The area where the states of Veracruz and Oaxaca meet is violent. Multiple organized crime groups, including the Jalisco New Generation cartel, operate in the area. Local reporters say the area is dominated by organized crime. Valdivia is at least the third reporter killed in the area since 2015.

In February, Veracruz Gov. Cuitlahuac García and Oaxaca Gov. Alejandro Murat signed a cooperative agreement pledging to send more security resources to the area to lower the level of violence. They said state security forces with support from the National Guard, army and marines would police the area.

In June, a 16-year-old Mexican-American boy was killed just 8 miles (13 kilometers) down the road in Acatlán de Pérez Figueroa, Oaxaca. Authorities said a local police officer shot the boy in the head with a shotgun as he rode by a police check point with friends on motorcycles. The teen’s mother said they had just gone to the store to buy sodas. The police officer was arrested.