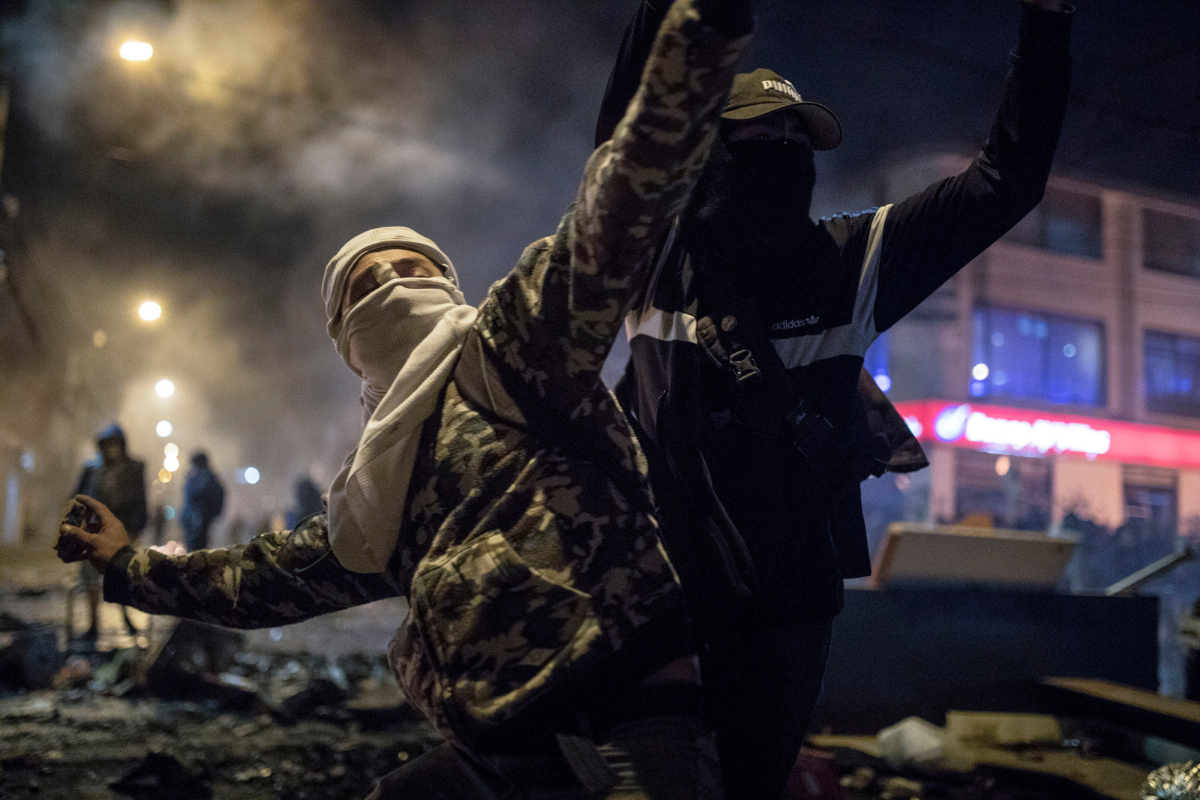 A masked and hooded man hurls stones at police during protests sparked by the death of a man after he was detained by police for violating social distancing rules to curb the spread of the coronavirus in Bogotá, Wednesday, Sept. 9, 2020. (AP Photo/Iván Valencia)

BOGOTÁ, Colombia (AP) — A night of uproar in Colombia’s capital over the death of a man in police custody has left seven people dead, dozens injured and buildings vandalized.

The Ministry of Defense said Thursday the wave of violence in Bogotá in response to a video showing police holding down a man being tasered left 56 police stations damaged and 8 city buses burned.

The mayor’s office reported that 248 civilians were injured. 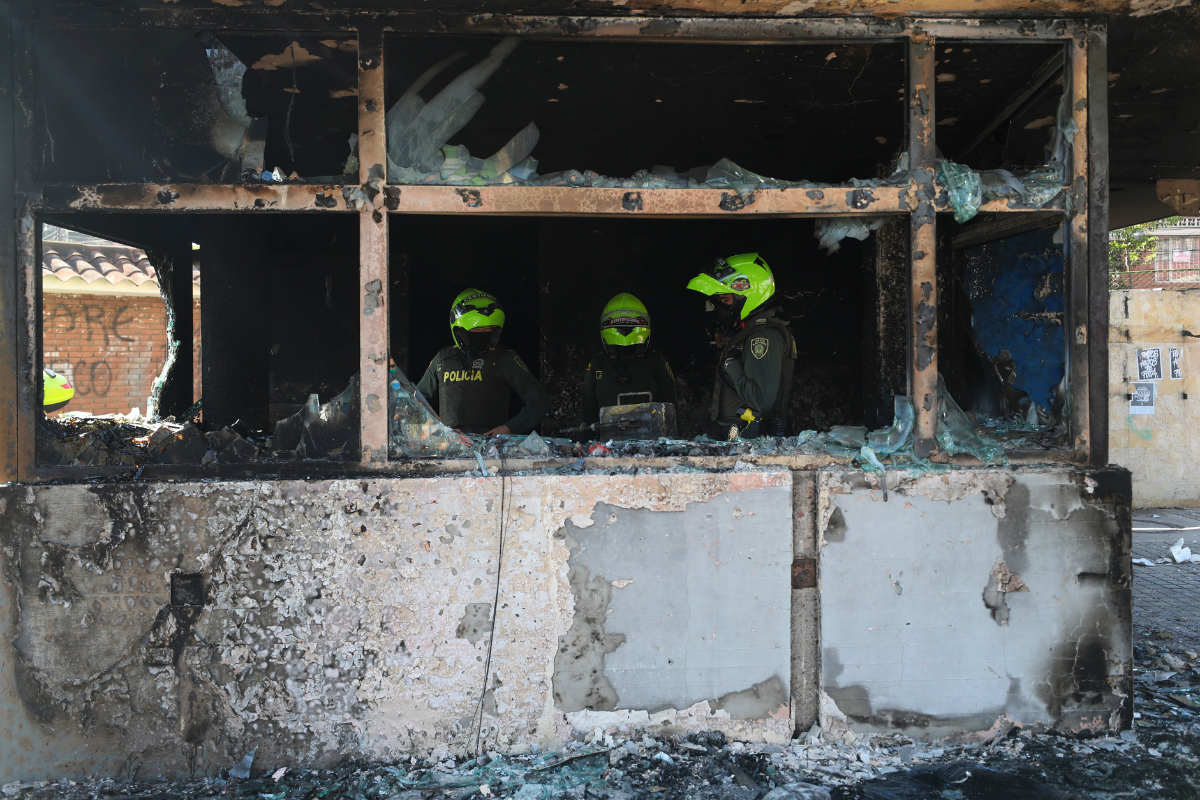 Officers stand inside a police station set on fire during overnight protests triggered by the death of a man who was detained by police for violating social distancing rules to curb the spread of the coronavirus in Bogotá, Thursday, Sept. 10, 2020. (AP Photo/Fernando Vergara)

The outrage stems from the death of Javier Ordóñez, whose violent encounter with police was captured by witnesses and went viral on social media. In the video, two officers pin Ordóñez to a sidewalk while he is tasered.

“Stop, stop please!” he can be heard crying.

“He’s telling you to stop!” a witness yells in the background. “We’re recording you.”

Ordóñez’s family told local media he is a lawyer by training who has been working as a taxi driver.

Authorities vowed to conduct a thorough investigation into his death while also calling on citizens to cease acts of violence and vandalism. Over 1,500 additional officers and 300 soldiers are being deployed throughout Bogotá.