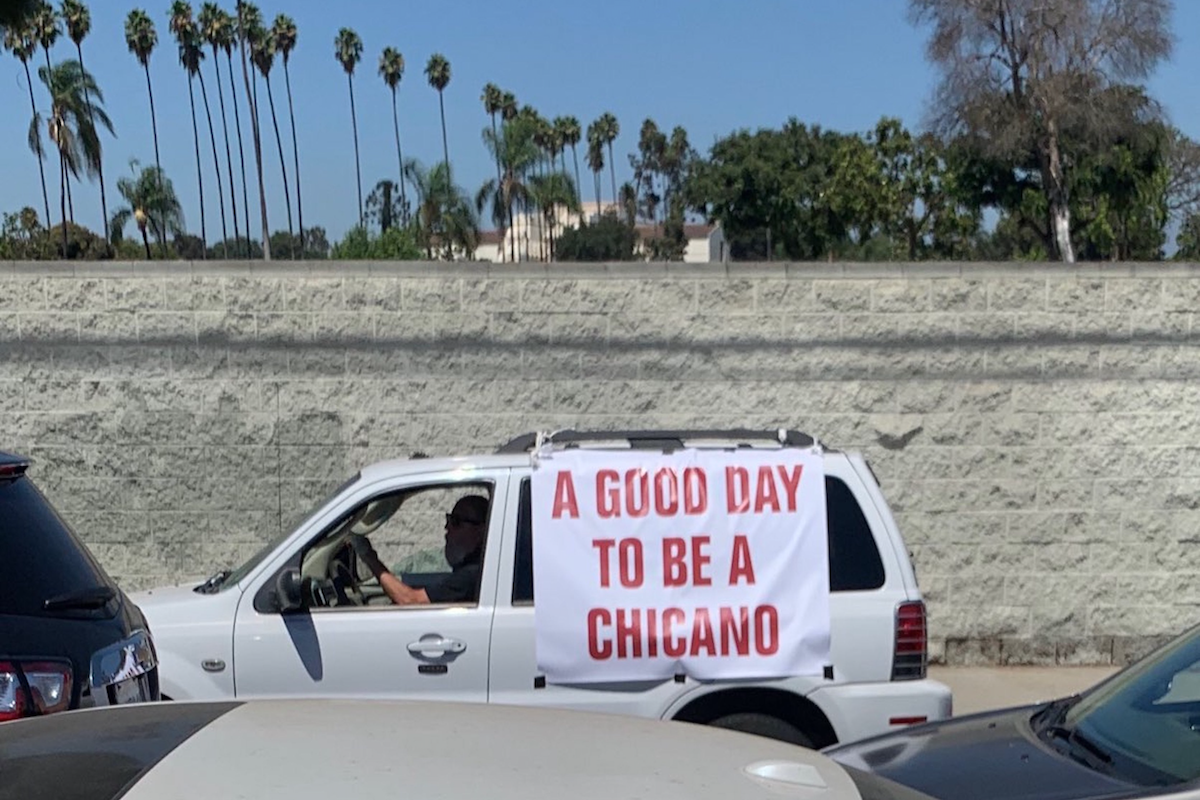 Photo by Antonia Montes on the 50th Anniversary of Chicano Moratorium in East Los Angeles, August 29, 2020.

On August 7, California Governor Gavin Newsom signed AB 1460 (ethnic studies bill) by Assemblymember Shirley Weber (D-San Diego). Focusing on the California State University (CSU) system, this new law, “[c]ommencing with students graduating in the 2024–25 academic year,” requires all undergraduate students to take a three-unit ethnic studies course for graduation. It usually takes 120 for a degree. This law supersedes a relentless attempt by CSU Chancellor Timothy White (and his ilk) to defeat AB 1460 at the nation’s largest system of higher education, where the majority of CSU students are nonwhite. For example, 21 out of the 23 CSU campuses represent Hispanic-Serving Institutions (HSIs).

While AB 1460 represents an important victory for people of color at the CSU, it’s tragic that it took over 50 years for something of this magnitude to occur since activists, students, staff and faculty demanded the creation of a College of Ethnic Studies at San Francisco State University (SFSU). Why should we —faculty of color, students, staff and activists— constantly have to invest our free time and unpaid service to demand what is ours: a diverse, inclusive and transformative education?

Do we not also pay tax payers?

Do we not also pay tuition and fees?

Do we not also hold doctorates, like mine from UC Berkeley, to teach at CSU’s great public universities and beyond?

In short, do we not also matter?

While many American leaders and citizens erroneously believe that ethnic studies is an “ethnic problem,” I say that it’s an “American problem.” From the European genocide against Indigenous people to the enslavement of Black people to the imperialist war against Mexico (1846–48) to the Chinese Exclusion Act of 1882 to the concentration camps of Japanese Americans/immigrants (1942–45), systemic racism is a “great” America pastime, like baseball and apple pie. Is this what Trump means when he says “Make America Great Again?”

While a three-unit ethnic studies requirement won’t eradicate systemic racism, it’s important that undergraduate students (and K-12 students!) learn about how racialized and “otherized” groups have not only been oppressed by a racist and classist American system, but also how they/we have contributed to the advancement of this nation. This includes how they/we have constantly protested, been brutalized and shed blood (to the present) to fight for a more just and humane society.

Moreover, it’s imperative that students unlearn and debunk the Eurocentric master narrative that is taught in our universities/colleges and K-12 schools. By doing so, we need to replace the existing racist curricula with one that’s diverse, inclusive and transformative. We not only need books about people of color, we also need books authored by people of color. (Did I mention that my 2019 book on defending Latina/o  immigrants recently won an award?) We also need more faculty of color where racialized students will see themselves in their professors. Thus, beyond their hard-working parents, etc., they’ll have more positive role models to emulate and surpass.

Finally, to paraphrase the late and great German philosopher, education is not simply an intellectual exercise or training of interpreting the world—it’s about transforming it.

Dr. Álvaro Huerta is an Associate Professor in Urban & Regional Planning and Ethnic & Women’s Studies at California State Polytechnic University. Among other scholarly publications, he’s the author of Reframing the Latino Immigration Debate: Towards a Humanistic Paradigm and Defending Latina/o Immigrant Communities: The Xenophobic Era of Trump and Beyond. He holds a Ph.D. in city and regional planning from the University of California, Berkeley, and an M.A. in urban planning and a B.A. in history from the University of California, Los Angeles.

One response to “An Ethnic Studies Victory in California: ¡Sí Se Puede! (OPINION)”