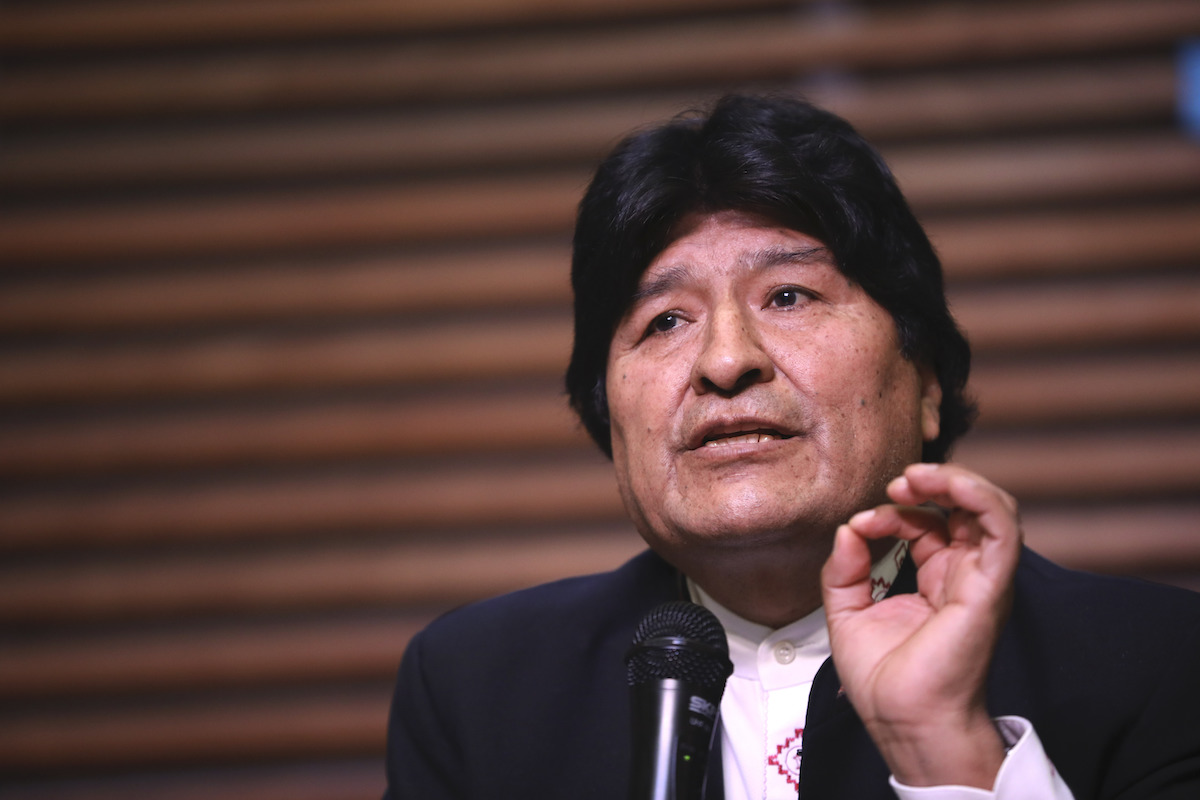 The rights group released a report alleging violations of judicial procedures, including baseless charges and arbitrary use of pretrial detention, after interim President Jeanine Áñez took power following Morales’s ouster in November 2019. A similar pattern of judicial abuses occurred during the administration of Morales, the group said.

After the report was released, the interim government denied allegations that it is persecuting opponents. Bolivia is preparing for an October 18 vote that was delayed as the country’s strained health system grappled with the coronavirus pandemic. A Bolivian court has blocked Morales from running for a senate seat in the elections, but his Movement Toward Socialism party still controls the congress.

After 14 years in power, Bolivia’s first Indigenous president resigned under pressure from the military and police on November 10, 2019, amid widespread protests and disturbances alleging he was attempting to fraudulently claim reelection. Morales went into exile, first in Mexico and later in Argentina.

Officials in Bolivia’s interim government alleged that Morales, during continuing upheaval after his resignation, gave an instruction in a telephone call that followers should surround cities to prevent food supplies reaching the inhabitants.

“The Attorney General’s Office has the right to investigate, but that statement (by Morales) is not a terrorist act,” said César Muñoz, author of the Human Rights Watch report and the group’s senior researcher for the Americas. 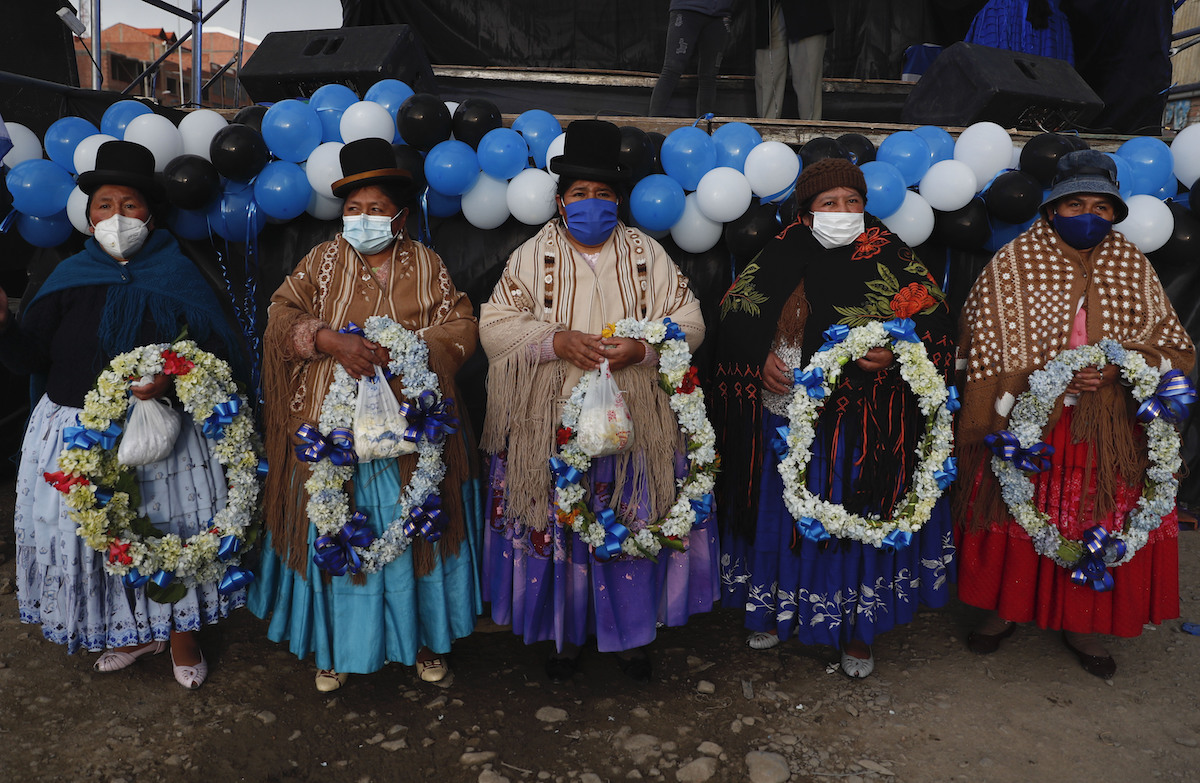 Supporters of Bolivian presidential candidate for the Movement Towards Socialism Party, MAS, Luis Arce, hold garlands to be given to Arce during the opening campaign rally for the upcoming October 18 presidential elections. (AP Photo/Juan Karita)

“Morales is a victim of the judicial weakening that he himself started,” Muñoz said.

Human Rights Watch said its report on alleged political interference in Bolivia’s judicial system was largely based on interviews conducted with officials and others across the country in February, as well as the review of police reports, judicial decisions, and other court records.

The interim government denied it was using the justice system against opponents and said Bolivia’s judicial authorities were selected by Morales supporters when he was in power.

“It doesn’t make sense to say the current government controls the justice system or that we use it as a persecution weapon,” said Yerko Núñez, minister of the presidency.

On Wednesday, the chief prosecutor of the International Criminal Court said Bolivia asked her to investigate whether Evo Morales and his supporters committed crimes against humanity in August by setting up roadblocks aimed at preventing Bolivians from accessing vital health care during the pandemic.

The referral of a case by Bolivia’s rulers doesn’t automatically trigger an investigation by the Hague-based global court, but it does mean that should Prosecutor Fatou Bensouda decide to open a formal probe, she does not first need to seek clearance from the court’s judges.