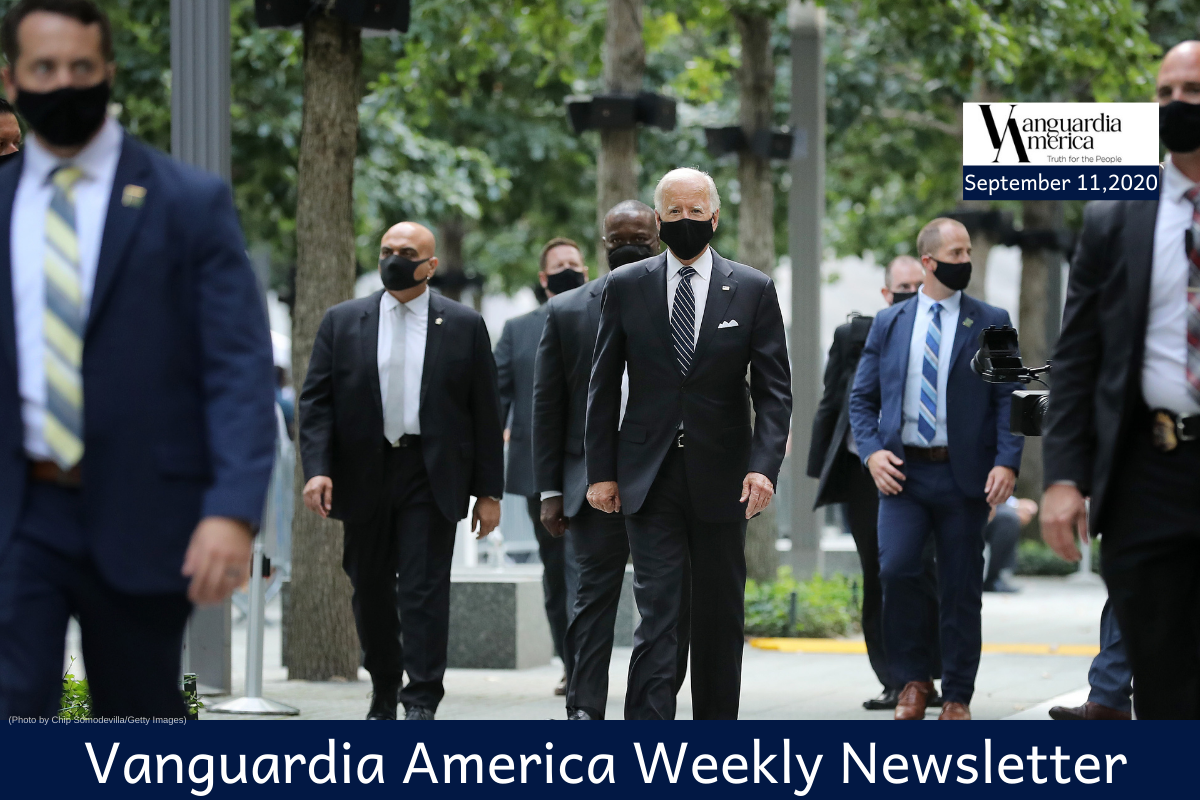 The national poll was conducted by Latino Decisions on behalf of the non-partisan National Association of Latino Elected and Appointed Officials Educational Fund. Among the survey’s key findings are:

“Given the public health reality of COVID-19, it is concerning how many Latino voters remain unfamiliar with how to vote by mail,” Vargas said.

Latino Decisions Director of Communications and Senior Analyst Dr. Stephen Nuño-Perez said, “As the largest minority voting group in the country and as one of the lowest in resources, Latino voting will be an important measure of our electoral system this November. The sudden economic downturn as a result of COVID-19 has brought unprecedented challenges to how campaigns reach out to Latino voters.”

In Florida, “Three recent surveys show Trump holding a small lead over Biden with Hispanics” statewide, according to Axios. Florida is a key swing state in the presidential election that includes a diverse mix of Cuban Americans, Puerto Ricans, Mexican Americans, and Latino voters with strong ties to Central and South America.

Trump’s backing in Florida is especially strong among Cuban Americans, many of whom are passionately anti-communist. Trump has repeatedly tried to cast Biden as a tool of far-left Democrats like self-described Democratic Socialist Alexandria Ocasio-Cortez, a member of New York’s congressional delegation and former Democratic presidential candidate Bernie Sanders supporter.

Appearing on MSNBC Wednesday, Democratic political consultant Church Rocha, who directed Latino outreach for the Sanders campaign in the primaries, called on Biden to step up outreach to Latinos. Rocha said there was a time when Democrats would say, “Don’t worry about those Latinos, they’ll come home. Well that’s just not the case anymore.”

Rocha said Democrats are spending hundreds of millions on outreach to white voters, but far less when it comes to its critically important Latino voter base.

“It’s about investment, pure and simple,” Rocha said. “Democrats need to wake up if you want our vote.”

Immigrants rights advocates are strongly criticizing the selection of a former top Obama administration adviser Cecilia Muñoz to serve as part of Joe Biden’s White House transition team, according to The Hill.

Muñoz served as President Obama’s top advisor on immigration issues and as head of the White House Domestic Policy Council. Her critics claim she did not do enough to represent the interests of immigrants, especially Latino immigrants, during her tenure at the White House.

Obama has been harshly criticized in some circles for his administration’s historically high record of deportations. Biden served as Obama’s vice president and his top policy advisor.

Erika Andiola, Chief Advocacy Officer for the Refugee and Immigrant Center for Education and Legal Services, writing on Twitter, called the selection of Muñoz a “Huge mistake.”

Huge mistake. Huge. Huge mistake. Worst part? We have no other option. I guess we gotta pick our opponent. That’s what it has come down to.

Background: Cecilia Munoz plaid a huge role in the millions of deportations under Obama. https://t.co/DNT3GoOjng

In 2014, Janet Murguía, president and CEO of UnidosUS (known then as NCLR) dubbed Obama “the deporter-in-chief” and demanded he take unilateral action to end deportations. (Before joining the Obama administration, Muñoz served as a senior staffer at NCLR.) Murguía has also been deeply critical of President Donald Trump’s policies toward immigrants.

Others say Obama’s legacy on immigration is less clear cut. After intense pressure from immigrants rights groups, Obama in 2012 created the Deferred Action for Childhood Arrivals (DACA) program, which granted hundreds of thousands of young immigrants temporary legal authority to remain in the U.S. Obama also tried but failed to pass  major immigration reform legislation in 2013. The measure was blocked by so-called Tea Party Republicans in the House of Representatives.

According to a broad analysis conducted by the Migration Policy Institute, “While the Obama administration record is characterized by much higher removals [of undocumented immigrants] than preceding administrations, it also shows less focus on increasing absolute numbers of overall deportations and a higher priority on targeting the removals of recently arrived unauthorized immigrants and criminals. The administration also placed a much lower priority on removing those who had established roots in U.S. communities and had no criminal records.”

During the Democratic presidential primaries last year, Biden clashed over immigration with then-candidate Julián Castro, who served as Obama’s Housing Secretary. Castro has called to decriminalize illegal border crossings and instead make it a civil offense. Biden disagreed, telling Castro in one debate, “If you cross the border illegally, you should be able to be sent back. It’s a crime.” Castro has since endorsed Biden’s presidential campaign.