Trans Actress Carlie Guevara: We Are Here, We Exist, We Are Not Going Anywhere 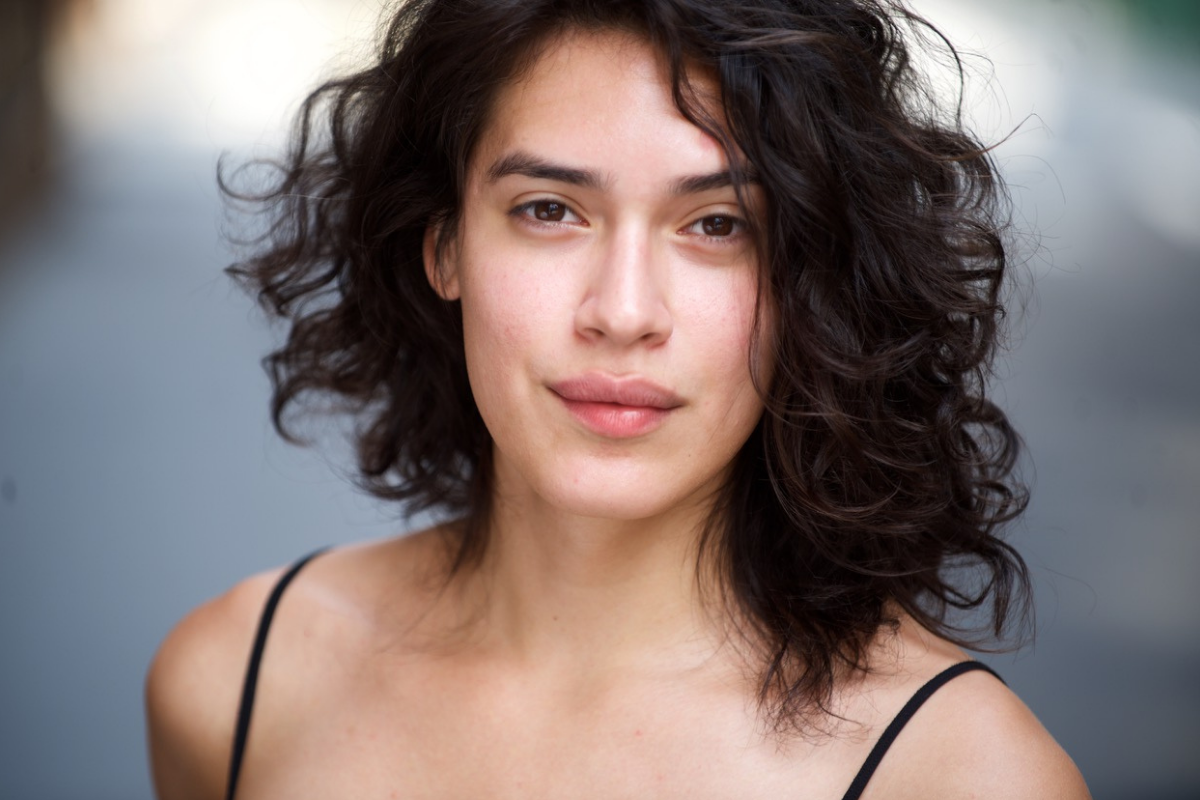 Winner of the Audience Award at SXSW in 2019, The Garden Left Behind (directed by Falvio Alves) tells the poignant story of Tina (Carlie Guevara in a breakthrough performance), a young Mexican trans woman who lives with her grandmother Eliana (Miriam Cruz) in Queens, New York. As Tina navigates her transition, the pair struggle to see totally eye-to-eye—even her romantic partner is apprehensive and fails short of offering full support of her decision.

The film adds a powerful twist to the standard immigration narrative by presenting it from inside an undocumented, trans perspective. Most crucially, through her connect with a strong network of trans peers, Tina is able to experience a journey of self-discovery and become heavily involved in activism in defense of trans lives.

I had the chance to connect with Carlie to talk about her interest in the arts, how the film fits in today’s overall narrative of trans women’s lives, the importance of casting trans artists for trans roles, and how her community is, despite the world we live in, a beacon of hope.

Luis Luna: First off, Carlie, congrats on your film debut! What got you interested in acting or cinema in general?

LL: What was the casting process like for you? How did you feel knowing you got the lead role for The Garden Left Behind? What was the first thing that went through your mind?

CG: The casting process and landing the role occurred naturally. A friend of mine, Marci, sent along the casting call and thought I’d be good on screen—she was right! It worked out and they liked my portrayal of Tina.

LL: Did you identify with the role of Tina? In what ways are you similar or different from her?

CG: I identified with the values Tina holds. I believe Tina to be someone who values love above all else—love from her romantic partner, her family, and her friends. I think that specific lens allowed me to look intimately at Tina’s perspective and embody her realistically. 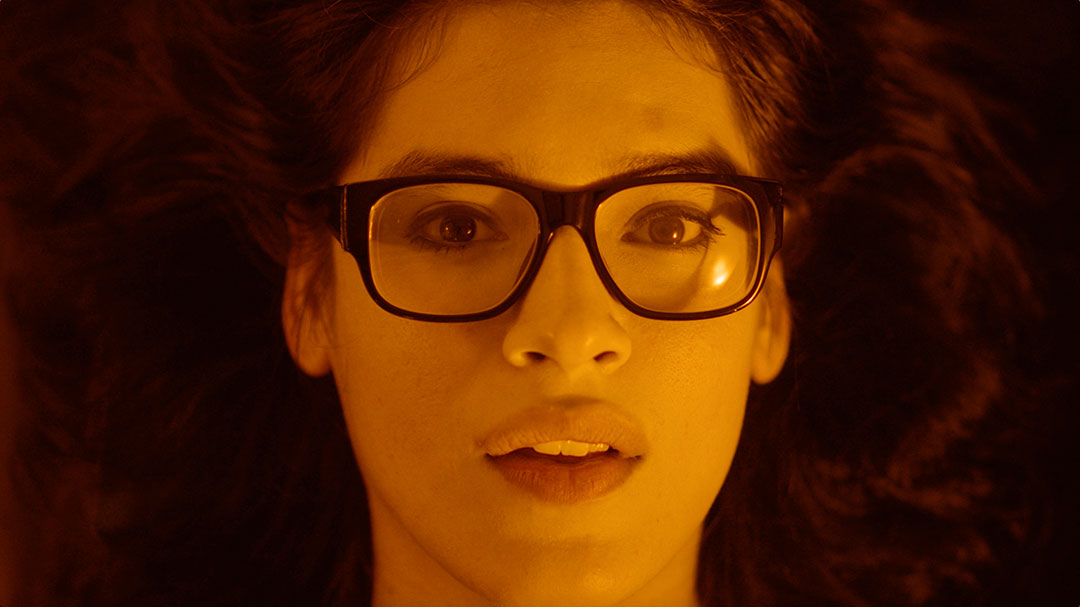 LL: We know that the trans community in the U.S. faces a lot of negativity and is treated inhumanely. For instance, the trans military ban by the Trump administration in 2018. And it’s no secret that the trans community experiences so much targeted violence, especially trans people of color. Where do you think The Garden Left Behind fits in the overall narrative of trans voices and trans lives?

CG: This is a great question, thank you so much for bringing this up.

I’d like to preface by saying that I imagine the film to be a New York slice-of-life, honest portrayal of someone’s life as they grapple with love, acceptance, and family. The story is universal yet not so unique and dissimilar that it’s inaccessible.

Given that context, I’ve found myself to be newly awakened by a deep sorrow given the recent deaths of trans people in the United States; I learned about the horrifying deaths of Serena Angelique Velázquez Ramos and Layla Pelaez Sánchez in August and it shook me. Those two beautiful young women had their light snuffed out unnecessarily too early in life, and it could have been me that died in the car that day. My portrayal of Tina was an alert to a wider audience—that we are here, we exist, we are not going anywhere, and ultimately, we deserve a chance to live. I have a right to live.

LL: What was the most challenging part of shooting the film? Is there a specific scene or line that required more physical or emotional effort?

CG: I found it difficult to emote, honestly, for I didn’t realize that there would be so many crew members on set watching me perform. There are so many talented individuals that make a story work, and I’m forever grateful to the art, wardrobe, sound, and make-up teams behind this film. It was very unsettling to be intimate with my on-screen partner and cry during the pivotal clinic visit scene when so many people were watching me.

LL: There’s a strong emphasis of sisterhood in the film, of having support systems. As members of the LGBTQ+ community, we get to choose our families, right? It’s through that support system that Tina realizes that she’s part of a bigger thing: a trans community. She sees that her sole existence makes others uncomfortable. She realizes that to fight for her rights and survival, she has to be politically active, like attending rallies in defense of trans lives—essentially, becoming an activist for herself and others like her. Do you think there’s pressure for trans people, especially trans people of color, to consider their own existence as a political statement? Or how do you see it?

CG: Another great question! Thank you so very much. I do believe that my personal existence can be polarizing to many. By many standards around the world, a person like me should not exist, but yet I do. I have been very fortunate to travel between many circles like fine arts, museum education, technology, and now entertainment. I think trans individuals are beacons of hope, of change, and of bravery. We had the hope that our lives would be better on the other side of transitioning and so we risked it all. We believed in the power of change, in something so simple as being called by your name or legally changing your name. Ultimately, the bravery that each one of us holds to face a brand new day, every day. 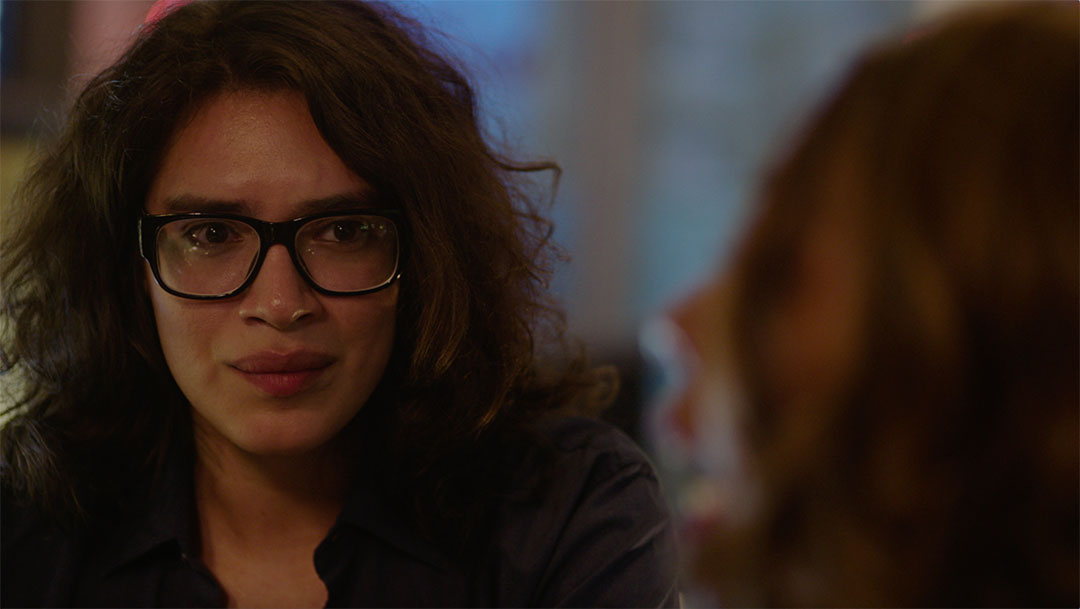 LL: The Garden Left Behind is one of a kind because it actually has trans people playing trans characters. It proves to other creators that it can be done right! But we know the film is an outlier. What do you think is needed to have more authentic trans stories and representation in the film industry and media in general?

This was essentially a call to all producers and filmmakers: Hire me, hire us, hire new!

LL: And lastly…What comes next for Carlie? I read that your future projects deal with the intersection of visual arts and computer science. Can you describe that for me? Sounds super intriguing!

CG: Thank you, Luis! There’s three things that are upcoming for me: In October, I finish shooting a short film for the American Film Institute directed by Jorge Gonzalez-Camarena. The film is called Spaceship and is set in Los Angeles.

Also in the next 6 months, I’ll have an installation up in Jamaica, Queens showcasing 9 portraits of female archetypes portrayed by a trans woman: me. Think Cindy Sherman but see Carlie. The series, M4T, details visibility of trans identity within societal iconography and symbolism.

And I want to finish working on a play that has become my precious. It’s a play written by an algorithm that centers around our collective narrative. The play uses popular search terms and trends to create an unfiltered chaotic mess of language where each one of us can find meaning.

The Garden Left Behind is available to watch on Video on Demand. Check how to see it by going to the film’s official website here.