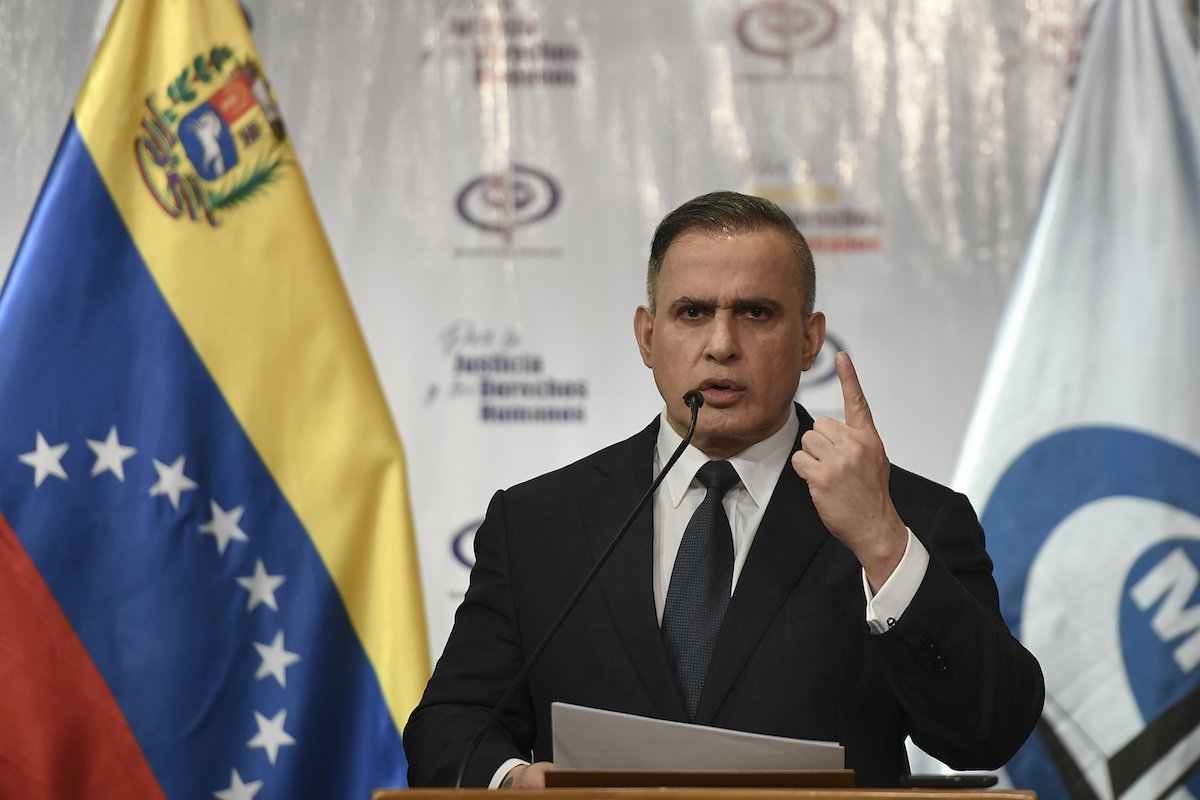 CARACAS, Venezuela (AP) — Venezuela’s chief prosecutor on Monday said a U.S. citizen recently arrested in the country as a suspected spy has been charged in an alleged terrorist plot to sabotage oil refineries and electrical service in order to stir unrest.

The man, alleged to have CIA ties, had help from three Venezuelan conspirators, who were arrested with him last week near a pair of oil refineries on the country’s north Caribbean coast, Venezuela’s Chief Prosecutor Tarek William Saab said on state television.

Authorities said cellphones taken from the men when they were arrested last week include images of suspected targets, including a large bridge in Zulia state, military installations and dilapidated oil refineries in Falcón state. The prosecutor showed pictures of equipment allegedly seized from the group, including a grenade launcher, plastic explosives, a satellite phone and a bag of U.S. dollars.

“Everything here could qualify as a lethal weapon designed to cause harm and to promote assassinations, crimes against the people of Venezuela,” said Saab, who also accused the man of planning to open a drug trafficking route through Venezuela.

President Nicolás Maduro announced on Friday that an unnamed suspected U.S. spy had been captured, saying he was a Marine and former CIA operative in Iraq.

Heath has been charged with terrorism, trafficking illegal weapons and conspiracy, authorities said.

U.S. authorities have not commented on the case. The Associated Press was unable to make immediate contact with Heath, an attorney or a relative representing him for comment on the accusations.

The arrest surfaced as this nation, once wealthy from oil, has been gripped by a deep gasoline shortage that has sparked mile-long lines to fuel up, even in the capital of Caracas. Venezuela also struggles to provide electricity to residents, especially in Zulia state, once a major hub of the nation’s vast oil production.

Heath is accused of targeting the Amuay and Cardón refineries—part of the massive Paraguana Refinery Complex on Venezuela’s northern Caribbean coast. However, the refineries have ceased producing gasoline, and Venezuela depends on shipments from Iran, despite having the world’s largest oil reserves.

He is accused of entering Venezuela illegally, the prosecutor said, adding that he didn’t have a passport but rather had a copy of it hidden in one of his shoes. The three Venezuelans accused of conspiring with Heath include a military officer, Saab said.

The investigation also landed the arrest of four other Venezuelans accused of helping him sneak into the country from Colombia, authorities said.

Saab said Heath had worked in Iraq as a communications specialist three months each year from 2006 to 2016 for MVM Inc., a Virginia-based private security contracting company.

MVM provided a statement to the AP saying that Heath is “not currently an employee or contractor” with the firm.

The U.S. Marine Corps said it had a record of a man by the same name who served from 1999 to 2003, but it could not confirm that this was the same person detained in Venezuela. Military records showed the decorated Marine was a specialist in communication.

This arrest follows a failed beach incursion in early May that landed two ex-Green Beret soldiers in a Venezuelan jail for allegedly participating in a failed attempt to overthrow the socialist government.

The operation mounted from makeshift training camps in neighboring Colombia left several rebels dead. It was orchestrated by Jordan Goudreau, an American citizen and three-time Bronze Star recipient who served in Iraq and Afghanistan.

The ex-Green Berets in Goudreau’s force —Luke Denman Airan Berry Venezuela— have been sentenced to 20 years in prison. Authorities say the two men confessed to being part of the plot.

While the Trump administration denied having anything to do with the bungled May incursion, Washington backs Venezuelan opposition politician Juan Guaidó as the country’s legitimate leader in place of Maduro.