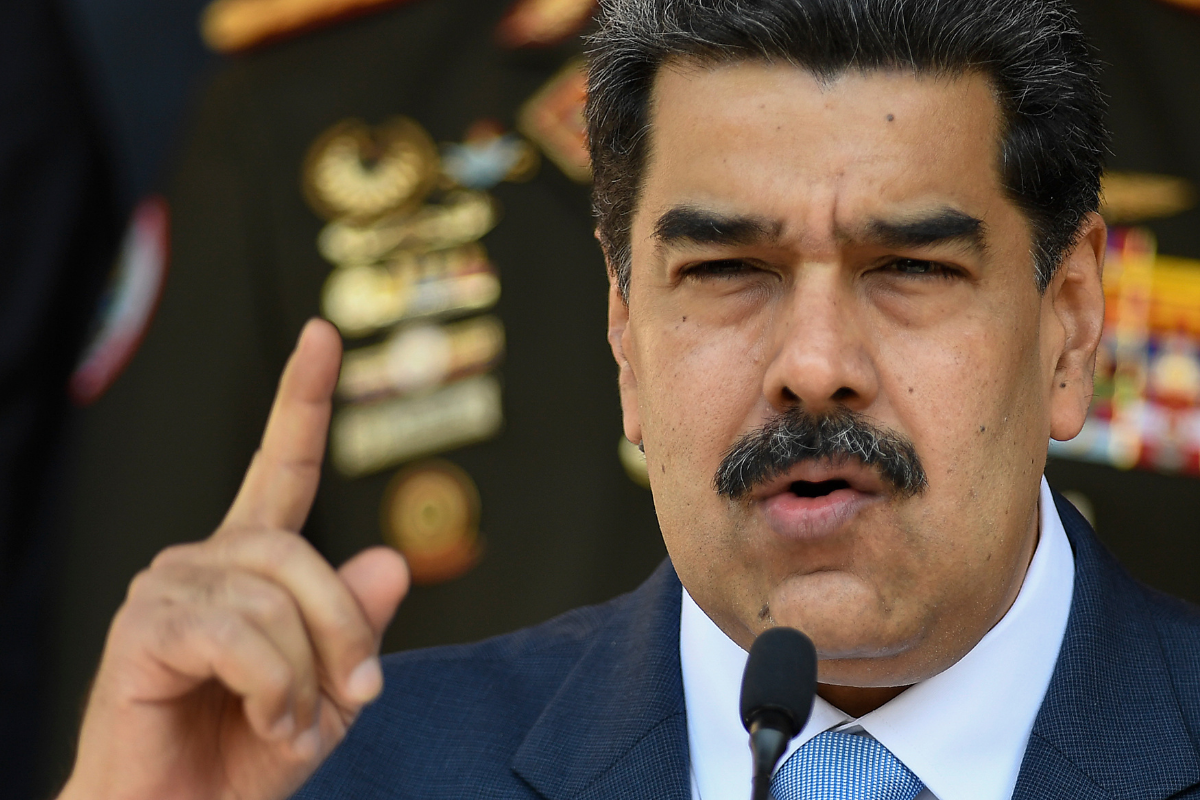 In a scathing, in-depth report commissioned by the Human Rights Council, the experts said the people responsible for extrajudicial executions, enforced disappearances, arbitrary detentions and other crimes must be held to account to provide justice for untold thousands of victims and to ensure such crimes don’t happen again.

The findings of the report are likely to ratchet up pressure on Maduro’s government, which has overseen a country in tatters with runaway inflation, a violent crackdown and an exodus of millions of Venezuelans who have fled to neighboring countries to escape the turmoil since he took power in 2013.

The experts delved into nearly 3,000 cases, looked at more than 5,000 killings and concluded that Maduro and his defense and interior ministers were aware of the crimes committed by Venezuelan security forces and intelligence agencies.

They further alleged that high-level authorities had both power and oversight over the forces and agencies, making the top officials responsible. Venezuelan authorities were not immediately available for comment.

Critics have already accused Maduro’s government of crimes against humanity. But the 411-page report represents one of the most extensive looks at recent rights abuses in Venezuela, drawing upon interviews with victims, relatives, witnesses, police, officials and judges, plus videos, satellite imagery and social media content. The authors said they did not receive responses from the government.

The experts —Marta Valinas of Portugal, Francisco Cox Vial of Chile, and Paul Seils of Britain— worked under a fact-finding mission that the 47-nation Human Rights Council, the U.N.’s top human rights body, set up in September to investigate alleged acts of cruel, inhumane or degrading treatment and other human rights violations in Venezuela since 2014.

“These acts were committed pursuant to two state policies, one to quash opposition to the government and another to combat crime, including by eliminating individuals perceived as criminals,” Valinas told reporters. “We also consider that the documented crimes were committed as part of a widespread and systematic attack against the civilian population.”

“For these reasons, the mission has reasonable grounds to believe that they amount to crimes against humanity,” she said, noting the alleged arbitrary killings and systematic use of torture, in particular.

Under Article 7 of the U.N. treaty that established the International Criminal Court, a crime against humanity is defined as an act committed as part of a “widespread or systematic attack directed against any civilian population.”

The experts said the violations in Venezuela took place amid a breakdown of democratic institutions, rule of law and judicial independence in the country, often during crackdowns on protesters. They said the “vast majority” of unlawful killings by security forces have not resulted in prosecutions and “at no stage have officials with command responsibility been brought to justice.”

The report found that members of the Special Action Forces, a feared division of the national police service, and another unit were responsible for over half of the thousands of wrongful deaths that the experts examined. Superiors had authority to grant officers a “green light to kill,” the report’s authors wrote, citing a training video that showed officers being encouraged to “kill criminals without compassion.”

U.N. human rights chief Michelle Bachelet, who traveled to Venezuela last year and met with Maduro, has urged him to dissolve the special forces and to hold the division’s leaders accountable. Her requests have gone ignored.

The Bolivarian National Intelligence Service, known as SEBIN, was deemed responsible by the rights council experts for politically motivated arrests and torture, targeting dissident voices and human rights activists, the report says. Cox, the expert from Chile, detailed a vast range of torture methods allegedly used and that he said sometimes resulted in permanent physical and psychological injuries or death.

“Among the acts of torture we have reasonable grounds to believe were committed are: sexual and gender based violence, including forced nudity, rape and threats of rape; targeted violence against male genitals; asphyxiation with toxic substances and water-stress positions; prolonged solitary confinement in harsh conditions, cuts and mutilation. Electric shocks and threats to family close to those detained,” he told reporters in Geneva, where the council is based, via video conference.

Maduro’s government has come under increasing political pressure from the United States and dozens of other countries which consider politician Juan Guaidó the legitimate leader of Venezuela. Maduro has called it a plot to overthrow him so the U.S. can exploit Venezuela’s vast oil wealth.

Venezuela was once wealthy, sitting atop the world’s largest oil reserves, but it has tumbled into economic and political crisis. An estimated 5 million Venezuelans have fled, escaping dangerous streets, poverty and hunger. Its inability to produce gasoline has forced it to import from fuel Iran amid deep shortages that have sparked frustration among drivers stuck in line to fill up for hours or days.