Story of the Underground Railroad to Mexico Gains Attention 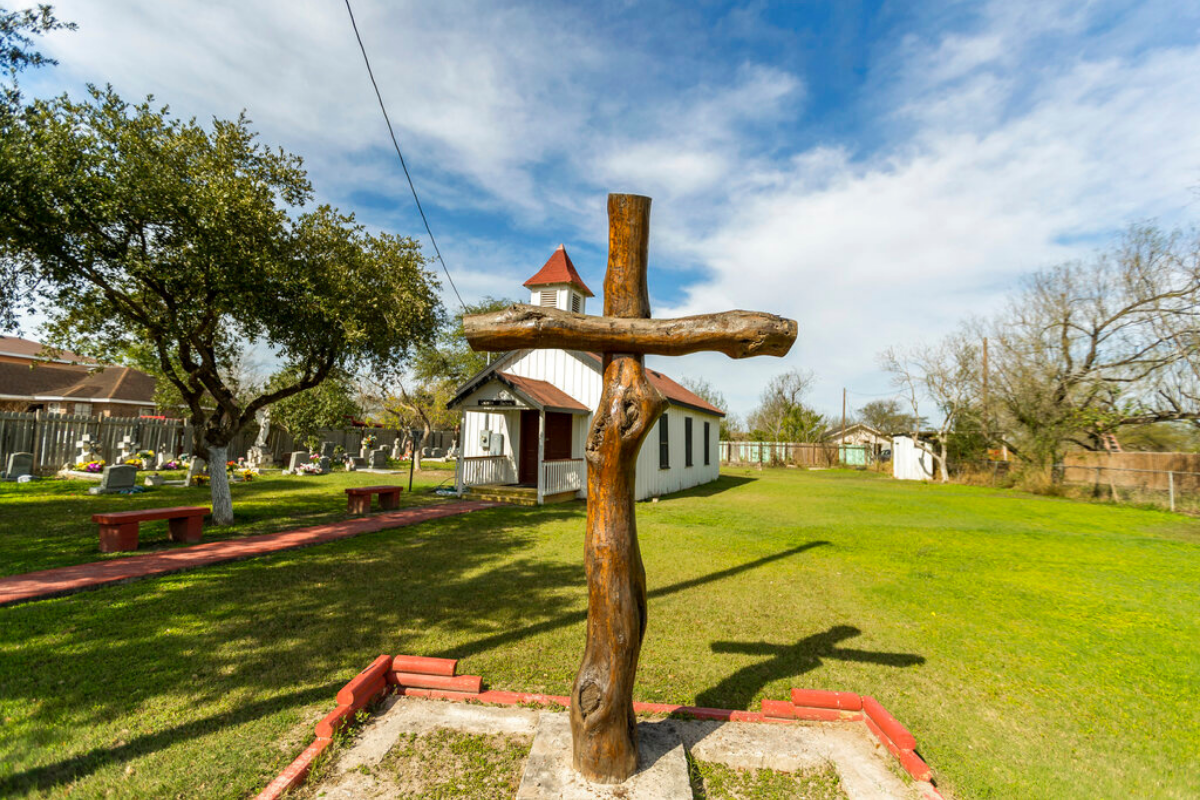 In this February 2, 2019, photo, provided by the University of Texas Rio Grande Valley, is the Eli Jackson Methodist Church and cemetery in San Juan, Texas. It is located on a ranch once operated by Nathaniel and Matilda Jackson, a biracial couple believed to have been “conductors” of the Underground Railroad to Mexico. (David Pike/University of Texas Rio Grande Valley via AP)

HOUSTON (AP) — While researching U.S. Civil War history in South Texas, Roseann Bacha-Garza came across the two unique families of the Jacksons and the Webbers living along the Rio Grande. White men headed both families. Both of their wives were Black, emancipated slaves.

But Bacha-Garza, a historian, wondered what they were doing there in the mid-1800s.

As she dug into oral family histories, she heard an unexpected story. The two families’ ranches served as a stop on the Underground Railroad to Mexico, descendants said. Across Texas and parts of Louisiana, Alabama, and Arkansas, scholars and preservation advocates are working to piece together the story of a largely forgotten part of American history: a network that helped thousands of Black slaves escape to Mexico.

“It really made sense the more I read about it and the more I thought about it,” Bacha-Garza said of the secretive route.

Like the more well-known Underground Railroad to the north, which helped fugitive slaves flee to Northern states and Canada, the path in the opposite direction provided a pathway to freedom south of the border, historians say. Enslaved people in the Deep South took to this closer route through unforgiving forests then desert with the help of Mexican Americans, German immigrants, and biracial Black and white couples living along the Rio Grande. Mexico had abolished slavery in 1829, a generation before President Abraham Lincoln’s Emancipation Proclamation.

But just how organized the Underground Railroad to Mexico was and what happened to former slaves and those who helped them remains a mystery. Some archives have since been destroyed by fire. Sites connected to the route sit abandoned.

“It’s larger than most people realized,” Karl Jacoby, co-director of the Center for the Study of Ethnicity and Race at Columbia University, said of the route. 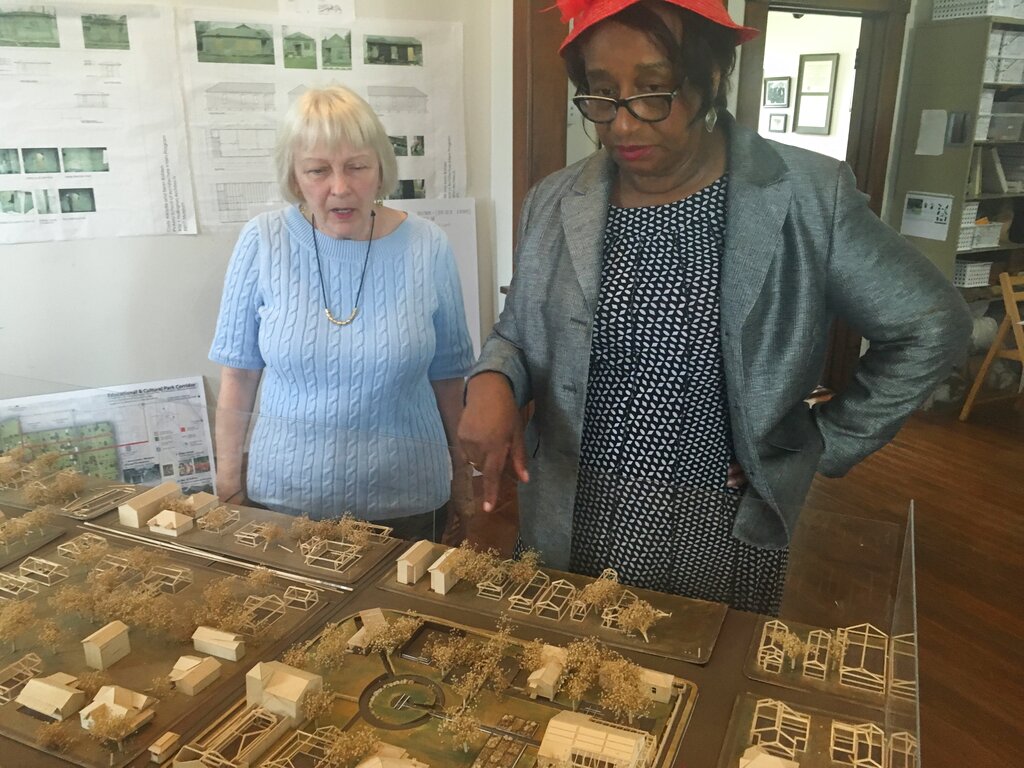 Slave-catching mobs ventured into Mexico only to face armed resistance in small villages and from Black Seminoles —or Los Mascogos— who had resettled in northern Mexico, said Jacoby, author of “The Strange Career of William Ellis: The Texas Slave Who Became a Mexican Millionaire.”

Escaped slaves adopted Spanish names, married into Mexican families and migrated deeper into Mexico—disappearing from the record and history.

Historians have known about the secretive path for years. “The Texas Runaway Slave Project” at Stephen F. Austin State University includes a database of runaway slave advertisements that detail the extent of the trail. The Federal Writers’ Project of the Depression-era Works Progress Administration gathered stories as part of its Slave Narrative Collection, including ones from former slaves openly talking about the Underground Railroad to Mexico. Former Texas slave Felix Haywood told those interviewed in 1936, for example, that slaves would laugh at the suggestion they should run north for freedom.

“All we had to do was walk, but walk south, and we’d be free as soon as we crossed the Rio Grande,” Haywood said. 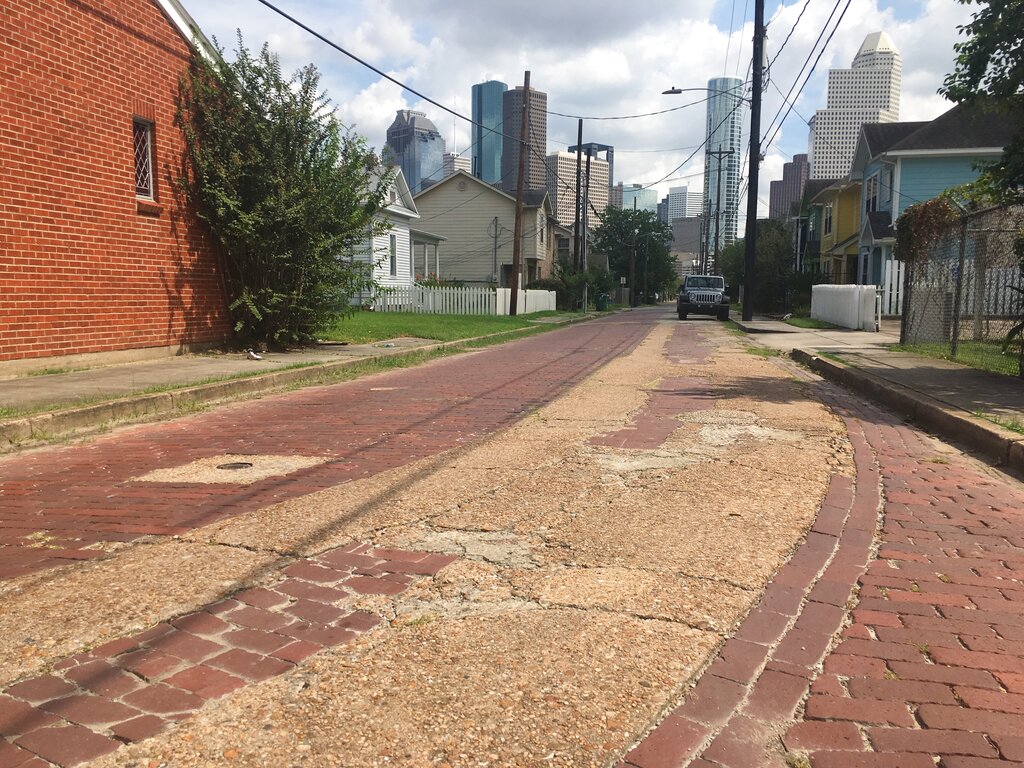 In this September 27, 2017 photo are the cobblestone streets of Freedmen’s Town, an area built by emancipated slaves after the Civil War in Houston. The area is believed to have been connected to the Underground Railroad to Mexico. (AP Photo/ Russell Contreras)

And in 2010, the U.S. National Park Service outlined a route from Natchitoches, Louisiana, through Texas to Monclova, Mexico, that could be considered a rough path of the Underground Railroad south. A bill that President George W. Bush signed six years earlier designated El Camino Real de los Tejas as a National Historic Trail and encouraged the development of partnerships to create more understanding around this overlooked freedom road.

But this Underground Railroad is just starting to enter the public’s consciousness as the U.S. becomes more diverse and more people show an interest in studying slavery, said Bacha-Garza, a program manager for the University of Texas Rio Grande Valley’s Community Historical Archaeology Project with Schools in Edinburg, Texas.

Bacha-Garza said Nathaniel Jackson, a white southerner, purchased the freedom of Matilda Hicks, a Black slave who was his childhood sweetheart, as well as Hicks’ family. Jackson married Hicks and moved from Alabama to Texas before the U.S. Civil War. There, along the Rio Grande, they encountered another biracial couple, Vermont-born John Ferdinand Webber and Silvia Hector, who was Black and also a former slave.

The examination of the Underground Railroad to Mexico comes as the U.S. is undergoing a racial reckoning around policing and systemic racism. Also, this year Mexico counted its Afro-Mexican population as its own category for the first time in its census.

And as a result, stories about African Americans and Mexican Americans working together to fight racism are not shared, Wilkins said, including the history of the Underground Railroad to Mexico.

“If we knew this history, we would come together and strengthen that solidarity,” said Wilkins, a former member of the Student Nonviolent Coordinating Committee.

Some Mexican American families are finding themselves having uncomfortable conversations about race in the wake of their newfound awareness of the Underground Railroad to Mexico. Ramiro Ramirez, 72, a psychologist, rancher and descendant of the Jacksons, said family members often argued among each other when they found out Matilda Jackson was a former slave and they had “Black blood.”

“I was very proud. But I was also very angry,” said Ramirez, who lives in the border city of Mercedes, Texas. “Even after 200 years, racism is very strong. People don’t want to talk about it.”

He said he’d like to meet the descendants of the slaves who, with his family’s help, escaped to Mexico. He pictures them looking a lot like him, but with different lives south of the border.

“Or maybe,” Ramirez said, “they now live back up here.”