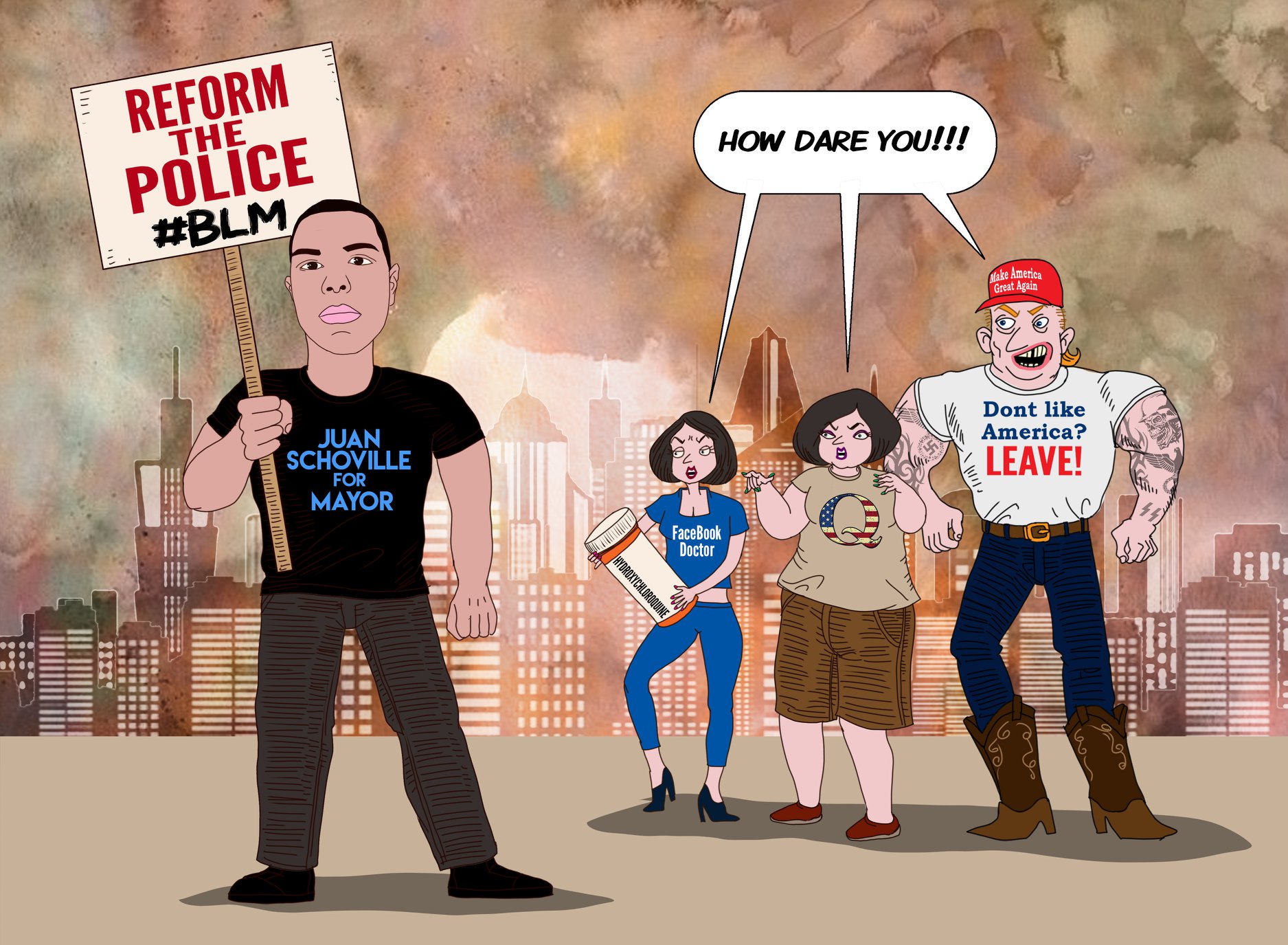 In high school, Juan Schoville was like any regular teenager—he played video games, listened to music, he wasn’t informed about what was happening in the world, and he was trying to find himself. After graduation, Schoville started learning more about how his city works, how the state enacts laws, and paid more attention to where the country was heading.

As a third generation Mexican-American, and coming out as pansexual, he saw the issues that were affecting his community. And when the Black Lives Matter movement swept across the nation, Schoville felt inspired to take action.

So at age 22 and without any previous political experience, Schoville chose to run for mayor of Phoenix as a write-in for the upcoming election.

Latino Rebels spoke with Schoville and asked him about his proposed policies if he gets elected, whether or not he has a chance of winning, and his long-term goals.

Diego Jesus Bartesaghi Mena: What has been the biggest obstacle in your election journey?
Juan Schoville: Really, the biggest obstacle was waiting most of the summer so I could file! It felt like forever for that phone call.  But honestly, because of the pandemic, everything is virtual now so the whole being nervous around crowds hasn’t been a big deal for me since campaigning is done virtually now. I was diagnosed with Asperger Syndrome at the age of 17, and I’ve learned to adapt and to deal with people. It doesn’t define me as a person. But if I was doing rallies, I still wouldn’t be that badly triggered.

DJBM: Why are you running for mayor?
JS: Well, for many reasons. One, I feel Phoenix needs a younger, charismatic mayor. Someone who can connect with everyone, especially Latinos and other minorities too. Phoenix also needs a serious police reform. That is what me and others have noticed. Since the George Floyd incident, Phoenix is one of the few cities that hasn’t tried to reform their police department. There is also too much gridlock when passing laws. [Politicians] just want to fight each other. They don’t actually want to try and work with each other. I feel like, being elected mayor, I would get past the whole gridlock in the Phoenix mayor and city council office. 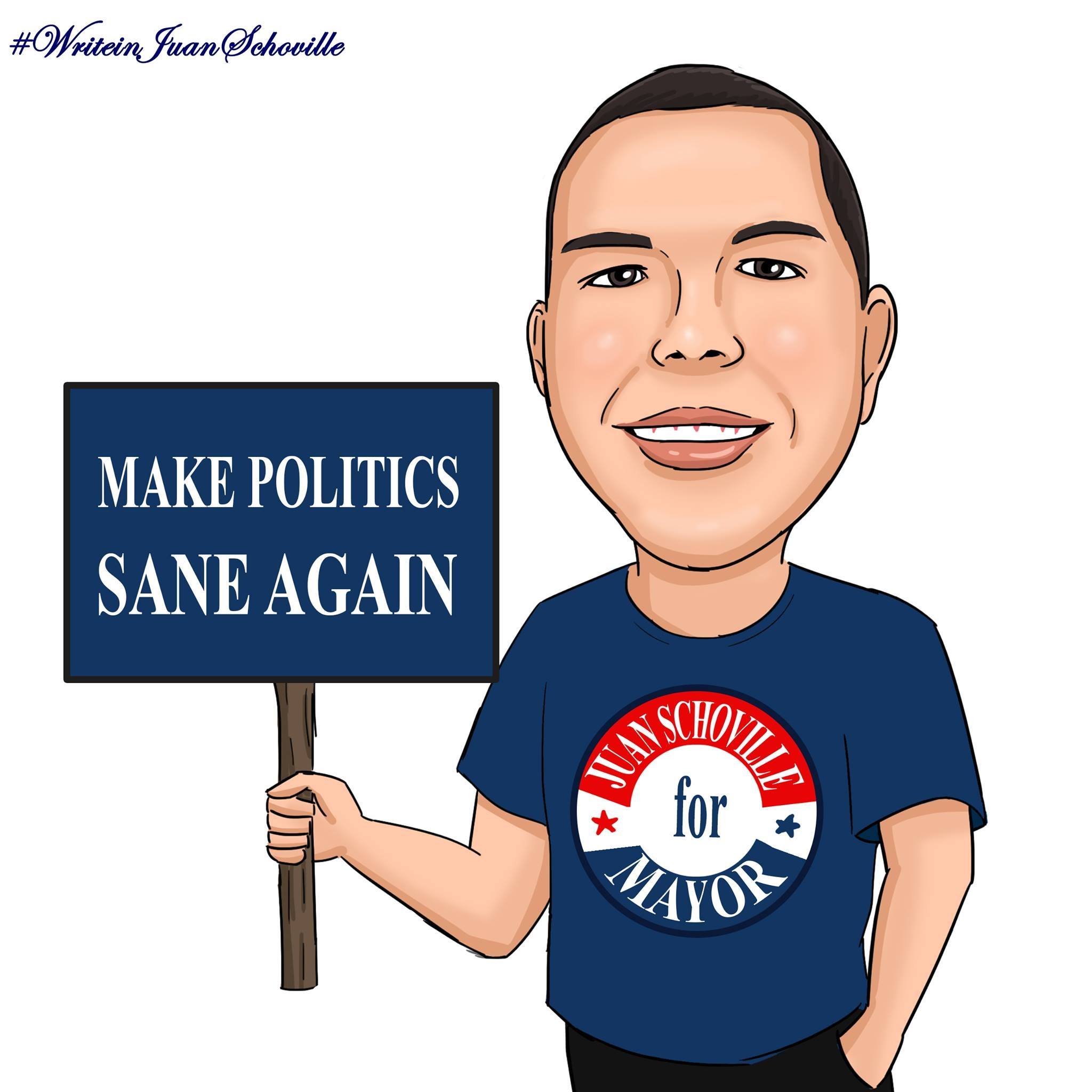 DJBM: You said you don’t have enough experience in politics, so why run for mayor and not council member?
JS: Actually, that’s what makes me different from the rest. This is my first time running for office. I’ve decided to give it a shot because I feel like a working-class person like myself would be able to connect better with working-class voters who make up the majority of those who vote. And also was because the mayor’s office in Phoenix was the only available position available that I qualify for.

And is a good way to connect with people. I just feel that seeing all these issues around the country and talking to people and hearing how they share the same concern to me: that they feel there is no other candidate out there for them. Someone who is working class, someone who is actually from Phoenix and knows the school system, someone who knows the neighborhoods, and knows what is going on in them. I feel I am the perfect candidate for that.

DJBM: What are your policies?
JS: Better police reform, more bipartisanship platforms and cooperation between parties, and more funding for the fire department. Finally, I think me being a mayor would bring a lot of attention to Phoenix because I will be breaking the barriers.

DJBM: Do you think you have a chance of winning, and not become a potential spoiler for other candidates?
JS: I know my chances of winning are slim. I mean, it would be great to win. But my end goal is more about spreading a message, showing people that there are others non-establishment candidates who understands the working class, who wants to address the issues, and actually wants to unite the city. Those are really my big goals right there. Winning would be nice, but really, the end goals is just spreading the message. 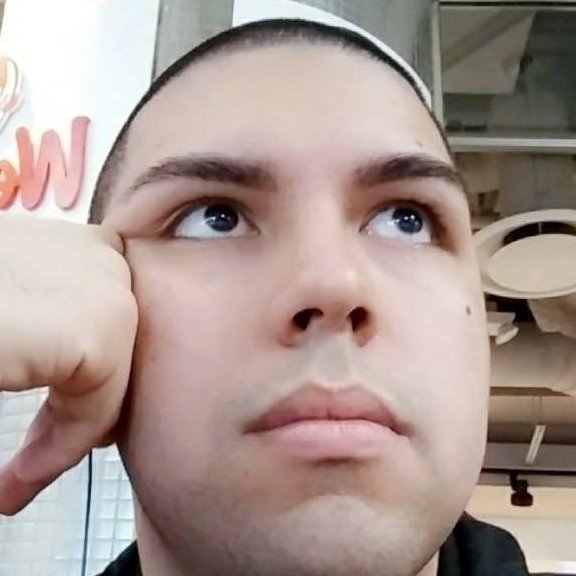 And my second goal would be is to hopefully inspire other young people to run for office, you know? To speak up, to make a change, reach out to people, participate in community programs, and too don’t be afraid. And to run for office. They might see me and go: hey, if he can do it, then why can’t I do it?

DJBM: What are your long-term goals? Would you quit politics if you didn’t win?
JS: I wouldn’t quit. I would like to keep going with my political career. Why stop here, you know? I want to build myself up. I said to myself that if I am not elected, I’ll just wait until 2022 and apply to become a council member, which I would have a better chance. I thought about going to trade school and take some political science classes too on the side. Most of my political knowledge, I learned by life experience, listening to people, and learning on my own. This is just the beginning.