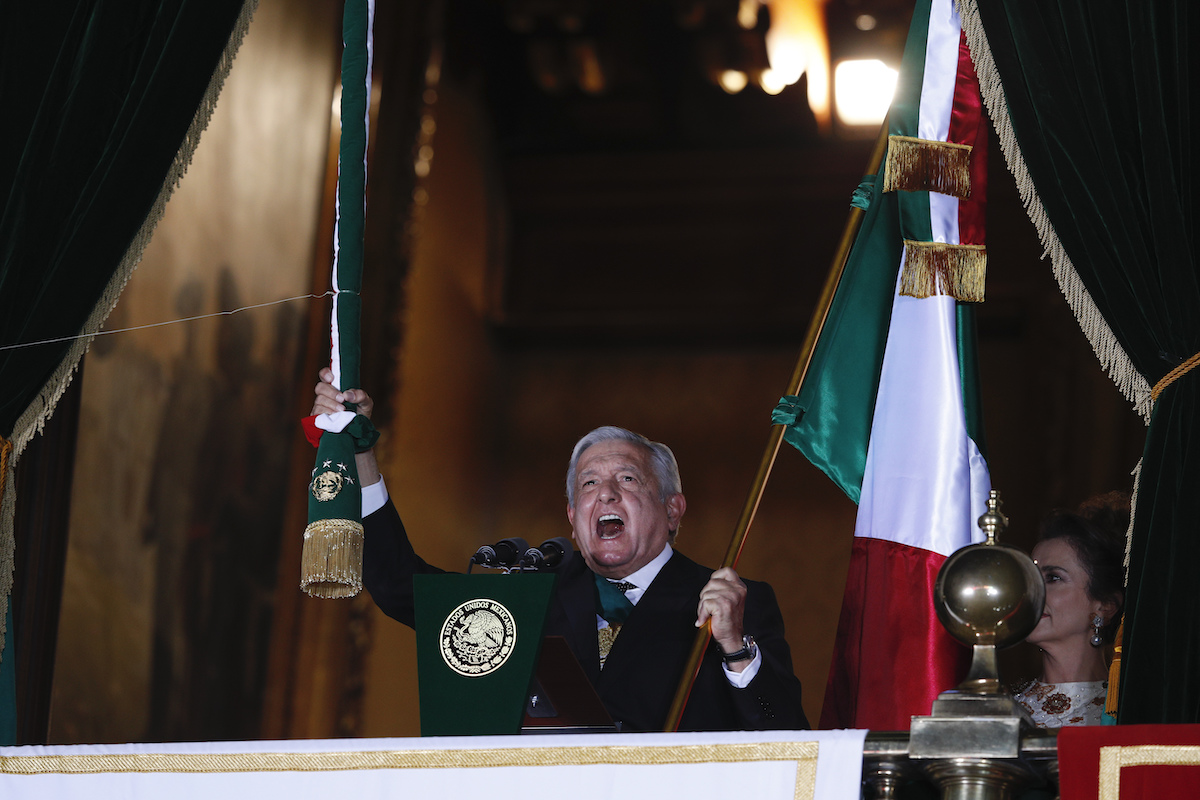 President Andrés Manuel López Obrador rings the bell as he gives the annual independence shout from the balcony of the National Palace to kick off subdued Independence Day celebrations amid the ongoing coronavirus pandemic, at the Zócalo in Mexico City, Tuesday, September 15, 2020. (AP Photo/Rebecca Blackwell)

MEXICO CITY (AP) — President Andrés Manuel Lopez Obrador said Thursday that Mexico will respond “softly, softly” and with “love and peace” to the finding by the U.S. government that his country needs to do more to stop drug trafficking.

López Obrador said he did not agree with all the findings in the U.S. annual report, which listed Mexico among “major drug transit or major illicit drug producing countries.”

He said Mexico “is working every day” to fight drug trafficking and “our conscience is clear.”

“The Foreign Relations Department is going to issue a statement, but what I told the secretary this morning was ‘peace and love, softly, softly softly,’” the president said.

“This is a report that the U.S. government brings out every year, and it has some good things and some we do not accept,” López Obrador added. “We are not going to get into a political confrontation, we have a very good relationship with the U.S. government.”

The Trump administration noted in the report Wednesday that Mexico has made progress, but said it “must clearly demonstrate its commitment to dismantling the cartels” and do more to combat the synthetic opioid fentanyl and reduce methamphetamine production and smuggling. Mexico is the main U.S. supplier of meth, and along with China, the main U.S. source of fentanyl.

Next year, the U.S. might consider issuing a determination that Mexico “failed demonstrably to uphold its international drug control commitments,” which could revive resentments similar to the U.S. drug “de-certification” procedure of decades past.

But López Obrador said: “We have nothing to fear, and moreover, we have to be very careful because there are elections in the United States. So it is better to wait for a month and a half —there is not much time left— and this does not merit an angry or energetic response.”

One response to “Mexico Skirts U.S. Criticism of Anti-Drug Enforcement”