Support TRANS LOS ANGELES, a New Film That Showcases the Rich Diversity of the Trans Community

TRANS LOS ANGELES is an anthology feature film of four stand-alone stories, created, written, and directed by Kase Peña, a Trans Woman of Color herself. Each of the segments features a Trans character in the lead and they all take place in Los Angeles. Each segment runs roughly 20 minutes long.

These stories are meant to showcase previously unseen slices of life stories, in a collection of vignettes that celebrates the rich and vast diversity within the Trans community. Through her gripping and heartfelt vision, director Kase Peña unearths the daily challenges resulting from inequality and discrimination, as well as the enduring hope found in genuine connection, acceptance, and love.

The film is already stacked with a stellar cast—including legendary Trans icon Carmen Carrera, Stephanie Beatriz from BROOKLYN NINE-NINE, Curly Velasquez from VIDA, and Luciana Faulhaber from SHADES OF BLUE. 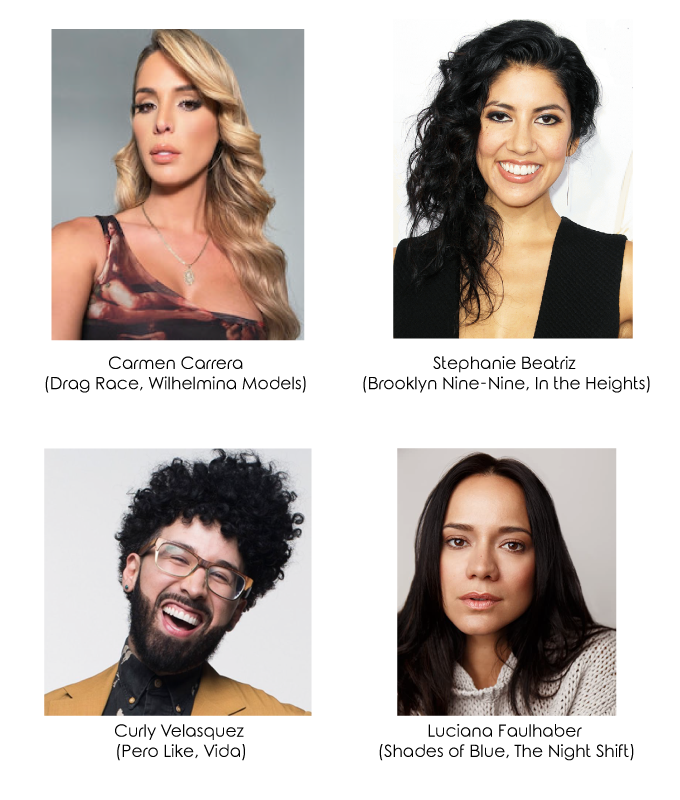 A Transgender Latinx woman herself, writing stories based on her lived experiences, Peña consolidates these stories with an unbending truth and emotionality that only she can deliver. Kase has a strong reputation for writing human stories, and based on the films she has already delivered, audiences worldwide will undoubtedly resonate with her writing.

HOW YOU CAN SUPPORT THIS FILM

With the success of this campaign, we will be able to tell stories that will undoubtedly resonate with audiences across the world. We are blessed to launch our Indiegogo page with the support and pledges from National Association of Latino Independent Producers (NALIP), The Tribeca Film Institute, Panavision Cameras, Allies In Arts, and Light Iron Post.

However, we need to raise an additional $100,000 as a bare minimum to complete this feature film. We would be so grateful for your support on TRANS LOS ANGELES and our mission to unify Trans stories with unbending truth and heart.

An award-winning filmmaker, Kase Peña was born in New York City. She’s a Transgender Woman of Color, the offspring of working class parents from the Dominican Republic. Kase is a writer, director and visual artist. Her stunning photography work has earned the admiration of many, including notably celebrated American film director Mark Romanek, who stated that, “Kase has a strong photographic eye.”

She’s the first Trans Latinx Woman to join the Writers Guild of America. Her feature screenplay I LOVE HATE, the recipient of The Sundance Institute Launch Grant, is being produced by Angel Lopez, a producer on Justin Simien’s Dear White People and Bad Hair; both of these films had their World Premiere at Sundance.

HBO has picked up distribution rights to Full Beat, Kase’s latest short film. Along with her short Trabajo, this marks the second time HBO distributes a film written and directed by Kase. Furthermore, Kase has been the recipient of some of the most acclaimed Fellowships in the industry, including The Latino Lens Narrative Shorts Incubator, Film Independent Project Involve, Women-In-Film, the Ryan Murphy TV Directing Program, among many others. Sony Pictures Entertainment named Kase their Diversity Fellow for 2019.

In June 2020, two Black Trans women, Riah Milton and Dominique “Rem’Mie” Fells, were murdered within a seven day period. During that same time, a Black Trans woman, Iyanna Dior, was beaten by a mob of people in Minnesota. The loud noise the Black Lives Matter and the Black Trans Lives Matter movements have made, helps to amplify the message that my voice as a Black Latinx Trans Woman is of paramount importance.

This film is necessary because, thus far, movies about transgender women have been mostly made by filmmakers who aren’t us. These plots often center around trauma and are accompanied by violence inflicted upon the Trans characters, often dismissing the complexity of our experience.

As a Trans Woman myself, my writing offers a more realistic, hopeful lens. My stories expand on the confining portrayal of our community the audiences have seen on screen, and reveal the depth of our powerful narratives. My characters will humanize my Trans brothers and sisters and normalize our existence.

The tide is changing and audiences today demand stories by authentic voices. The time is now for us to act.