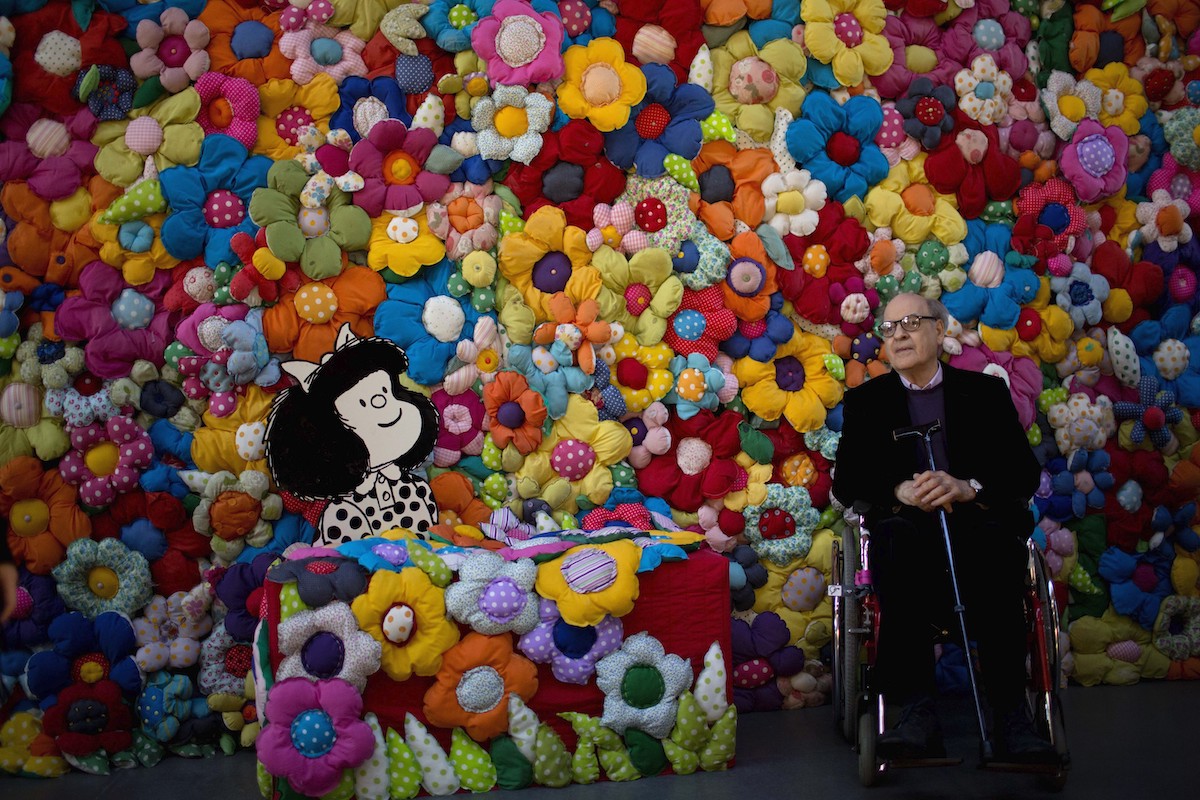 BUENOS AIRES, Argentina (AP) — Joaquín Salvador Lavado, an Argentine cartoonist better known as “Quino″ whose satirical comic strip about a socially conscious girl named Mafalda with a loathing for soup found fans across Latin America, Europe and beyond, died Wednesday. He was 88.

Quino’s “Mafalda″ comic strip was first published in 1964 and the humorist maintained a dedicated following throughout his career even after he moved onto other projects, skewering social conventions through ordinary characters who endured absurdity, exploitation, authoritarianism and their own limitations.

“I don’t think my cartoons are the sort that make people laugh their heads off. I tend to use a scalpel rather than tickle the ribs,” Quino said in an interview with The UNESCO Courier that was published in 2000. ‘’I don’t go out of my way to be humorous; it’s just something that comes out of me. I’d like to be funnier, but as you get older you become less amusing and more incisive.”

Quino, who had suffered health problems in recent years, was remembered affectionately by comic fans, cultural commentators and Argentina’s political class, which was frequently the target of his acerbic humor.

“Quino died. All good people in the country and in the world will mourn him, ” tweeted Daniel Divinsky, the cartoonist’s former editor.

Cristina Fernández de Kirchner, Argentina’s vice president and former two-term president, uploaded a video to Twitter in which Quino had wished her good luck in governing. De Kirchner said Quino had “said things that could not be said” —a reference to censorship during Argentina’s military dictatorship in the 1970s and 1980 — and that he “challenged society with great strength.”

Quino was “creator of the unforgettable Mafalda and one of the most international cartoonists in Spanish,” the Madrid-based Royal Spanish Academy said. “His precise words traveled to both sides of the Atlantic thanks to his cartoons and his peculiar sense of humor.”

Mafalda, whose 6-year-old protagonist ponders the world’s problems to her parents’ bemusement, has sometimes been compared to the “Peanuts″ comic strip created by Charles Schulz.

Mafalda “was an inquisitive, intelligent, ironic, non-conformist girl, concerned with peace and human rights, who hates soup and loves the Beatles,” according to Quino’s official website. The comic strip was introduced to Europe by Italian writer Umberto Eco and was eventually translated into two-dozen languages, the website said. Quino’s books were published in China, but didn’t find a wide following among English-speaking readers. 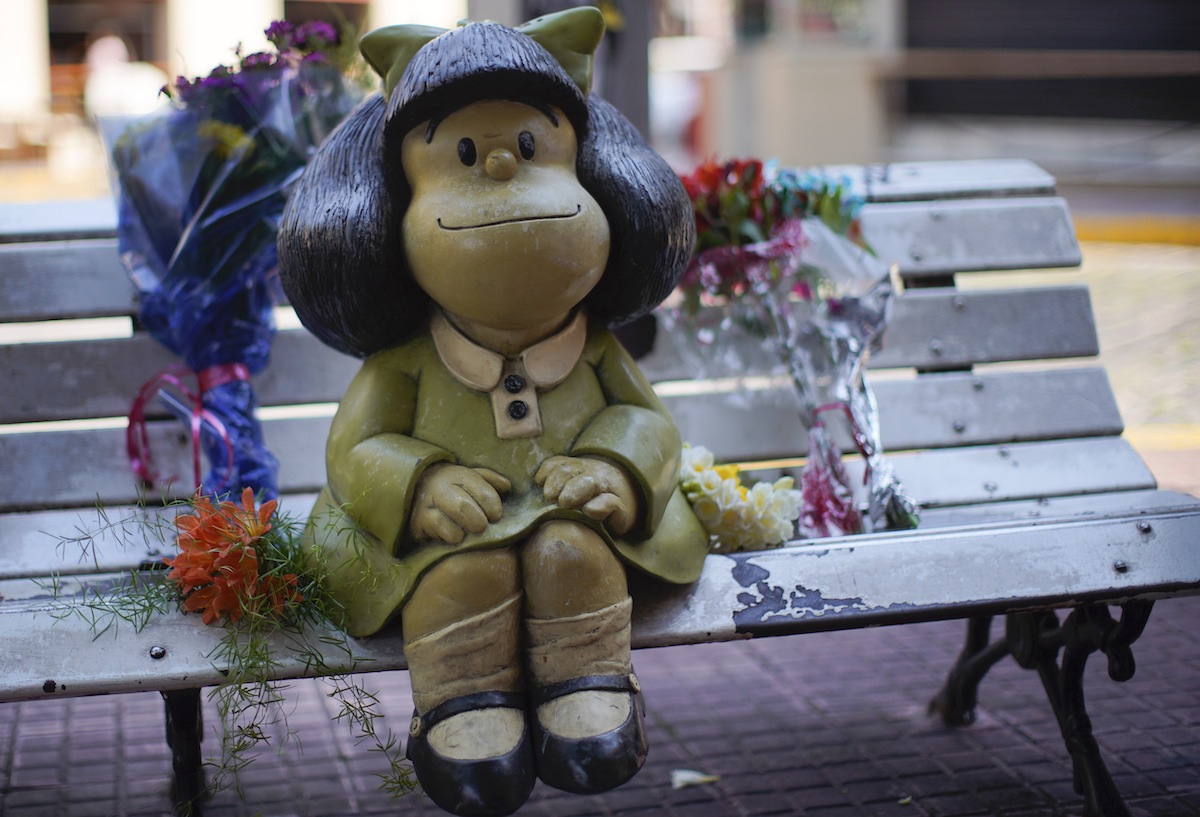 While Quino stopped drawing Mafalda regularly in the 1970s, the comic strip remained popular and he periodically drew it again, including for a campaign with UNICEF about adequate medical care for children and other rights. One image shows the girl Mafalda at the head of a line of children in front of a nurse.

“We came for the vaccination against despotism, please,” Mafalda says in the caption.

A Mafalda cartoon unrelated to the UNICEF campaign shows an adult standing with Mafalda as she gestures at a rotating globe with a map of the world on a desk. “You’re leaving? And this? Who’s going to fix this?” says Mafalda, gesturing at the globe.

Quino, whose nickname comes from Joaquín, said in The UNESCO Courier interview that humor and art wear themselves out and that he stopped drawing Mafalda because he was repeating himself.

“Even though the books continue to sell very well and people ask me for more, I think that I made the right decision when I stopped doing Mafalda, and I don’t miss her at all,” he said.