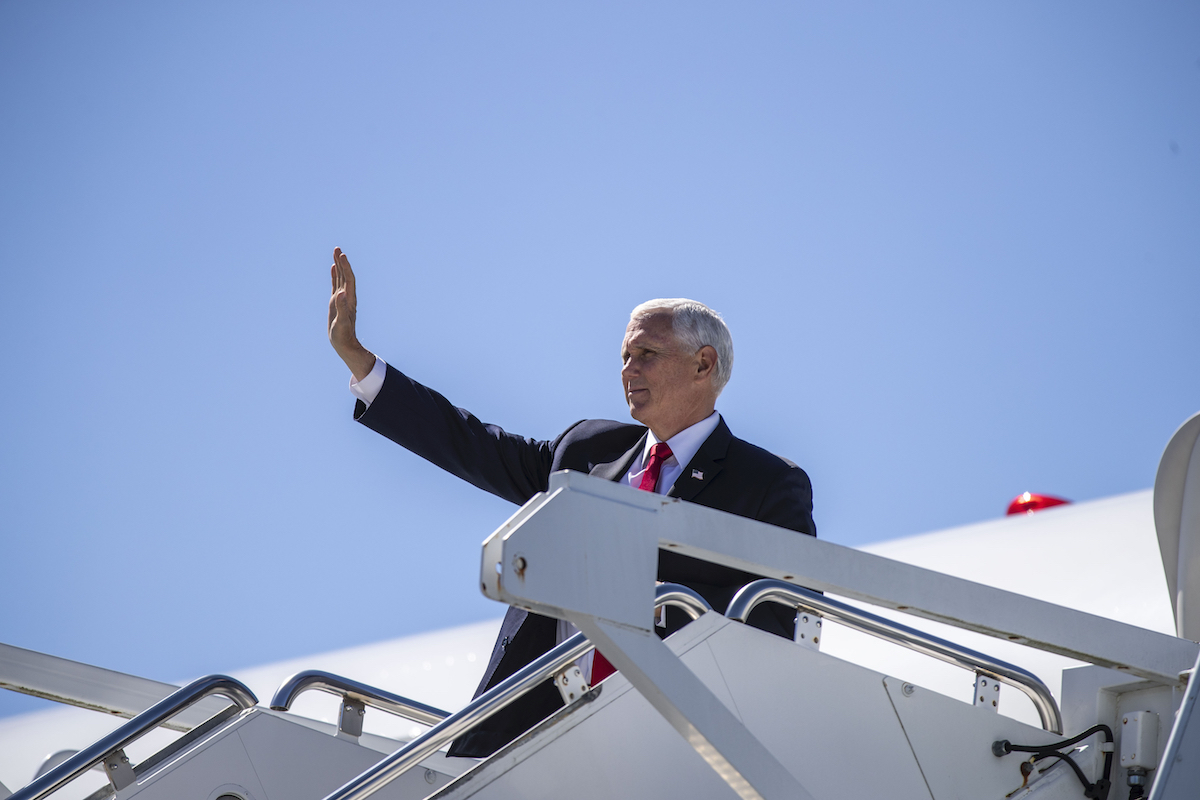 NEW YORK (AP) — Vice President Mike Pence in March directed the nation’s top disease control agency to use its emergency powers to effectively seal the U.S. borders, overruling the agency’s scientists who said there was no evidence the action would slow the coronavirus, according to two former health officials. The action has so far caused nearly 150,000 children and adults to be expelled from the country.

The top Centers for Disease Control and Prevention doctor who oversees these types of orders had refused to comply with a Trump administration directive saying there was no valid public health reason to issue it, according to three people with direct knowledge of the doctor’s refusal.

So Pence intervened in early March. The vice president, who had taken over the Trump administration’s response to the growing pandemic, called Dr. Robert Redfield, the CDC’s director, and told him to use the agency’s special legal authority in a pandemic anyway.

Also on the phone call were Pence’s chief of staff, Marc Short, and acting Homeland Security Secretary Chad Wolf. Redfield immediately ordered his senior staff to get it done, according to a former CDC official who was not authorized to discuss internal deliberations and spoke on condition of anonymity.

The CDC’s order covered the U.S. borders with both Mexico and Canada, but has mostly affected the thousands of asylum seekers and immigrants arriving at the southern border. Public health experts had urged the administration to focus on a national mask mandate, enforce social distancing and increase the number of contact tracers to track down people exposed to the virus.

But Stephen Miller, a top aide to President Donald Trump who has been a vocal opponent of immigration, pushed for the expulsion order.

“That was a Stephen Miller special. He was all over that,” said Olivia Troye, a former top aide to Pence, who coordinated the White House coronavirus task force. She recently resigned in protest, saying the administration had placed politics above public health. “There was a lot of pressure on DHS and CDC to push this forward.”

Title 42 of the Public Health Service Act gives federal health officials unique powers during a pandemic to take extraordinary measures to limit transmission of an infectious disease. One of those is the ability to stop the flow of immigration from countries with high numbers of confirmed cases, a legal authority the CDC does not normally have.

Public health experts say the administration’s pattern of dismissing science-based decision making in favor of political goals has endangered many, including President Donald Trump himself, who on Friday confirmed he and the first lady had tested positive for the coronavirus.

“The decision to halt asylum processes ‘to protect the public health’ is not based on evidence or science,” wrote Dr. Anthony So, an international public health expert at Johns Hopkins Bloomberg School of Public Health, in a letter to Redfield in April. “This order directly endangers tens of thousands of lives and threatens to amplify dangerous anti-immigrant sentiment and xenophobia.”

Since the order went into effect on March 20, nearly 150,000 people — including at least 8,800 unaccompanied children who are normally afforded special legal protections under a court settlement and federal law — have been sent back to their countries of origin without typical due process. Many have been returned to dangerous and violent conditions in El Salvador, Honduras and Guatemala.

“Vice President Pence never directed the CDC on this issue,” she said in an email.

“That is what the Trump administration has been trying to do for four years and they finally saw a window,” he added. 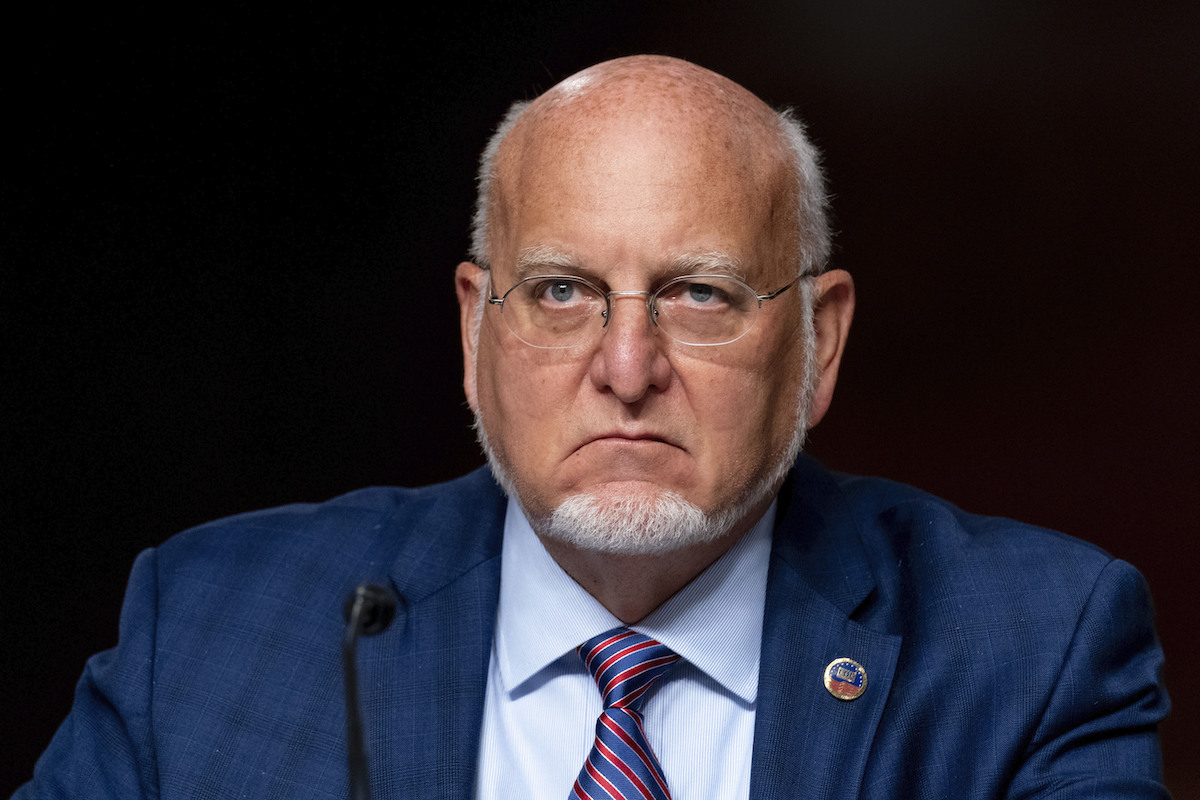 Miller started his campaign for the order by button-holing the coronavirus task force staff to try to get the issue on its agenda, according to Troye. The task force did not take the issue up immediately, said Troye. The administration had already passed a nonessential travel ban, which public health experts had largely supported. The CDC spurned Miller’s idea, too. In early March the agency’s Division of Migration and Quarantine, led by Dr. Martin Cetron, refused to support the order because there was not a strong public health basis for such a drastic move, according to three people with knowledge of his decision.

White House officials were undeterred. They turned to lawyers at CDC’s parent agency, the Department of Health and Human Services, and U.S. Customs and Border Protection. In a call with CDC’s senior leadership, attorneys for both agencies urged CDC to use its public health authority to turn people back at the borders. Border officials said they wanted to protect their agents, and American lives.

By mid-March, CDC’s scientists still refused to comply. That’s when Pence and Wolf called with the message to get it done and quickly.

An HHS lawyer then wrote the order and submitted it to Redfield, who reviewed it and signed it. Redfield declined to comment through a CDC spokesperson, because the order is currently in litigation.

“They forced us,” said a former health official involved in the process. “It is either do it or get fired.”

Trump described the order as originating at CDC, when it had not. “The Centers for Disease Control and Prevention has decided to exercise its authority… to give Customs and Border Protection the tools it needs to prevent the transmission of the virus coming through both the northern and the southern border,” Trump told a March 20 at coronavirus task force press briefing.

“So we’re treating the borders equally—the northern border and the southern border,” he said. “A lot of people say that they’re not treated equally. Well, they are.”

In recent months, Trump has highlighted the decision to shut down the border as an argument for his reelection in November.

And the Title 42 order has been renewed multiple times since it first passed as a month-long temporary measure. Mark Morgan, the acting Customs and Border Protection commissioner, said in August that the expulsions were necessary to protect his agents, and that 10 CBP employees had died after contracting COVID-19.

“It’s a great—it’s a great feeling to have closed up the border,” Trump said that same month after being updated on border wall construction in Yuma, Arizona. “Now people come in, if they come in, through merit, if they come in legally. But they don’t come in like they used to.”

Before March, Central American children who crossed into the U.S. alone were generally sent to facilities overseen by the Department of Health and Human Services. HHS shelters are required to be state licensed, have beds and provide schooling. Most children are eventually placed with family or friends who serve as sponsors while they await their day in court.

Under the Title 42 order this year, the administration instead detained some migrant children in hotels, sometimes for weeks, before expelling them to their home countries. 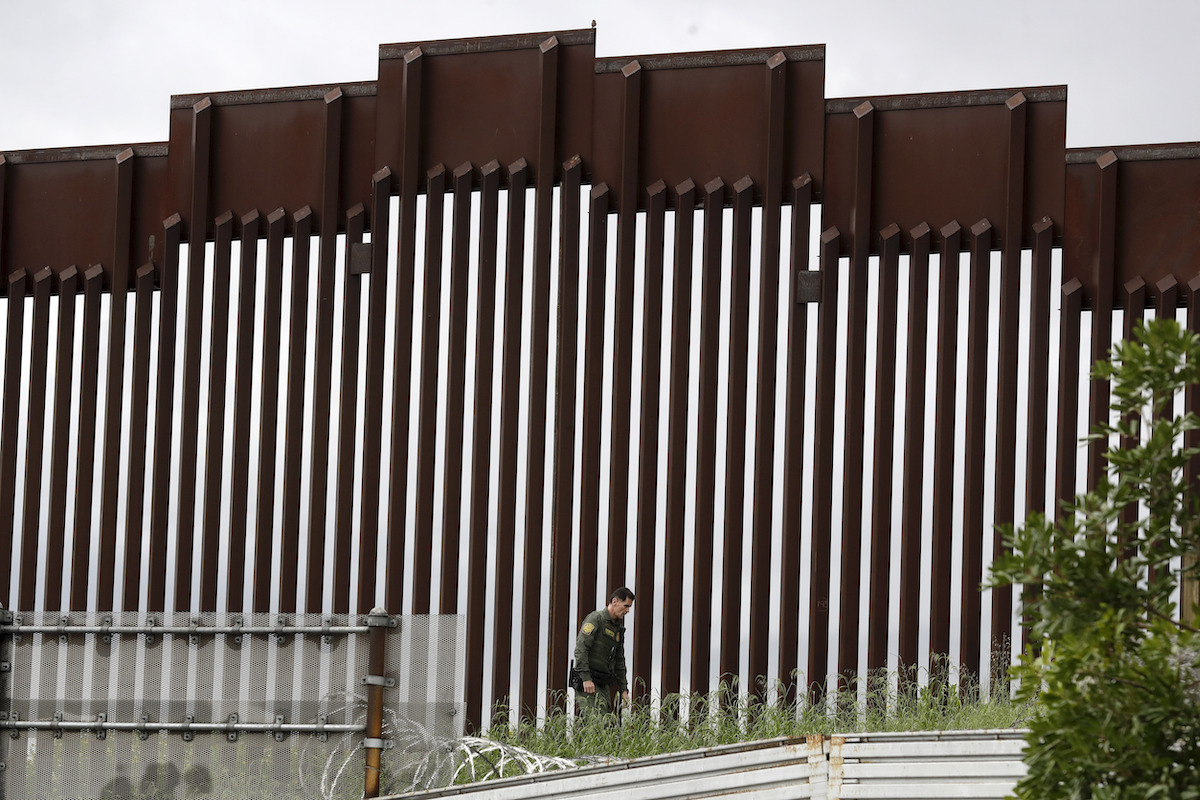 After witnessing a gang member murder a young man and being threatened, one 16-year-old decided to leave Honduras over the summer and arrived at the border near El Paso on July 4, where he was taken into government custody, detained in a hotel and told he would be deported, his father said. He was allowed to stay after the ACLU filed a suit challenging the Title 42 expulsions and in August was reunited with his father in Texas, where he is now attending school online.

“He was really worried they wouldn’t let him reunite with me, and they didn’t let him see anyone, so he was just waiting for them to send him back to Honduras,” his father, Carlos Emilio Barrera, told AP. “He’s doing better now because he’s taking classes in school and he’s hoping he will have the opportunity to one day get asylum, but he still sometimes has dreams that he’s back inside locked up.”

The administration’s move not to grant migrant children their normal due process is currently being challenged in court.

“I don’t know how you could look another CDC scientist in the eye after doing this,” Dr. Josh Sharfstein, a former FDA deputy commissioner and a Johns Hopkins professor, said of Redfield. “It’s undermining the purpose of having an agency that uses evidence to protect public health.

“It’s a profound dereliction of duty for a CDC director.”