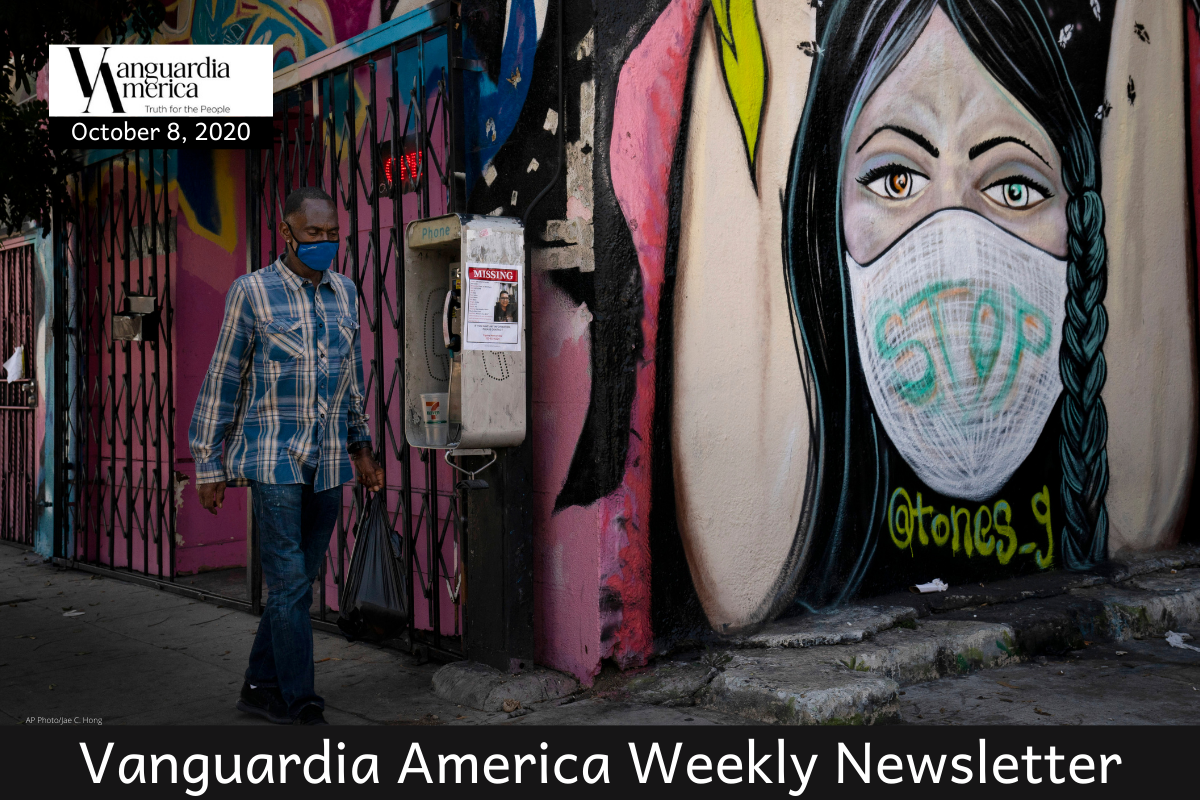 Just over 44,500 of the nearly 211,000 people in the U.S. killed by the coronavirus to date are Latino, according to data gathered by the COVID Tracking Project.

Latinos and African Americans each account for 21.1 percent of all coronavirus victims nationwide, NPR reports. On Wednesday, the Coronavirus Resource Center at John Hopkins University reported 210,918 people in the U.S. have died from COVID-19 and more than 7.5 million people have been infected.

Latinos and Blacks are hospitalized with the virus more than 4.5 times as often as whites, and both communities have been crushed by the pandemic’s economic fallout.

Experts say several factors account for higher COVID-19 death and infection rates among Latinos versus whites, including poverty, health care disparities, the prevalence of serious underlying medical conditions, and greater exposure to the virus at work because of the kinds of working-class, essential jobs many Latinos have.

The National Hispanic Leadership Agenda, a coalition of more than 40 of the country’s leading Latino advocacy organizations, has released its 2020 Public Policy Agenda spotlighting what it considers the top priorities facing the Latino community for the next four years.

“The NHLA policy agenda is an American agenda that brings the major issues of our time into focus through the lens of the Hispanic community,” said Amy L. Hinojosa, President and CEO of MANA: A National Latina Organization.

NHLA’s policy agenda offers a “blueprint for addressing some of the long-standing issues facing the Latino community” in the United States, including Puerto Rico, according to a press statement by the coalition.

The coalition reports that the global pandemic’s impact “on the Latino community reflects long-standing systemic inequities such as the lack of access to health insurance, inadequate safety protections for low-income workers, as well as the over-representation of Latinos in frontline jobs, including farmworkers, cleaning crews, and hospital support staff.”

The awards ceremony was broadcast on PBS and will be streamed through November 3. It was hosted by Sebastian Yatra, who received the event’s Inspira Award.

Ronstadt sang in a wide range of genres over her decades-long career, including jazz, opera and pop, as well as traditional Mexican Mariachi music. Her album, Canciones de mi padre, released in 1987, sold more copies than any foreign-language record in U.S. history.

Ronstadt, who is Mexican American, said she had wanted to record in Spanish for years, but music industry executives said no. “Finally, I had enough hit records I could just tell the record company, this is what you’re getting.”

Three farm workers, María de Jesús, Blanca Arroyo and Raquel Romero, were interviewed for the program.Romero said, “You know what? We haven’t stopped working since COVID has been here. We haven’t stopped. Because if there is no farm production, there’s no food in the supermarkets.”