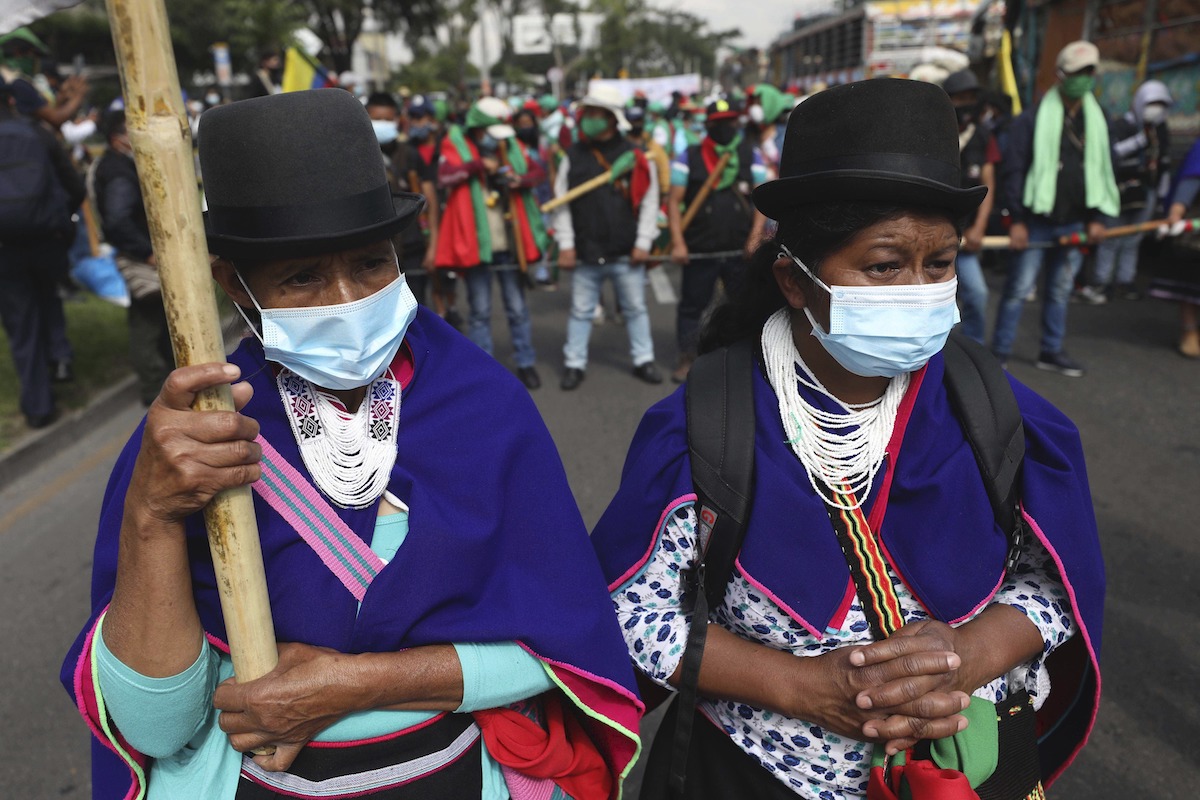 Members of the Indigenous Guard get ready to take part in an anti-government march in Bogotá, where thousands traveled in a caravan from Cali, Colombia, Monday, Octoer 19, 2020. (AP Photo/Fernando Vergara)

BOGOTÁ, Colombia (AP) — Thousands of Indigenous protesters marched through Colombia’s capital city on Monday to demand a public meeting with President Iván Duque and call for reforms they say are crucial for their survival.

The group of about 5,000 protesters has travelled across the country in rural buses and pickup trucks in a procession known as the minga—an Indigenous term for joint community work or action.

The Indigenous groups, most from the country’s southwest, are complaining about mining concessions and growing violence that has accompanied setbacks in implementation of a 2016 peace deal between the government and the Revolutionary Armed Forces of Colombia rebel group. That accord called for improved infrastructure and aid for rural areas.

The problems have led to a rise in conflicts involving guerrilla factions, the army, drug traffickers and illegal miners, all of whom have been accused of trampling on Indigenous rights.

The protests are demanding a resumption of peace talks with another, smaller rebel force, the National Liberation Army, that broke down several months ago.

The protest organizers also want the government to remove the military from indigenous areas and to improve safety for community and human rights leaders, more than 160 of whom have been killed this year in Colombia. 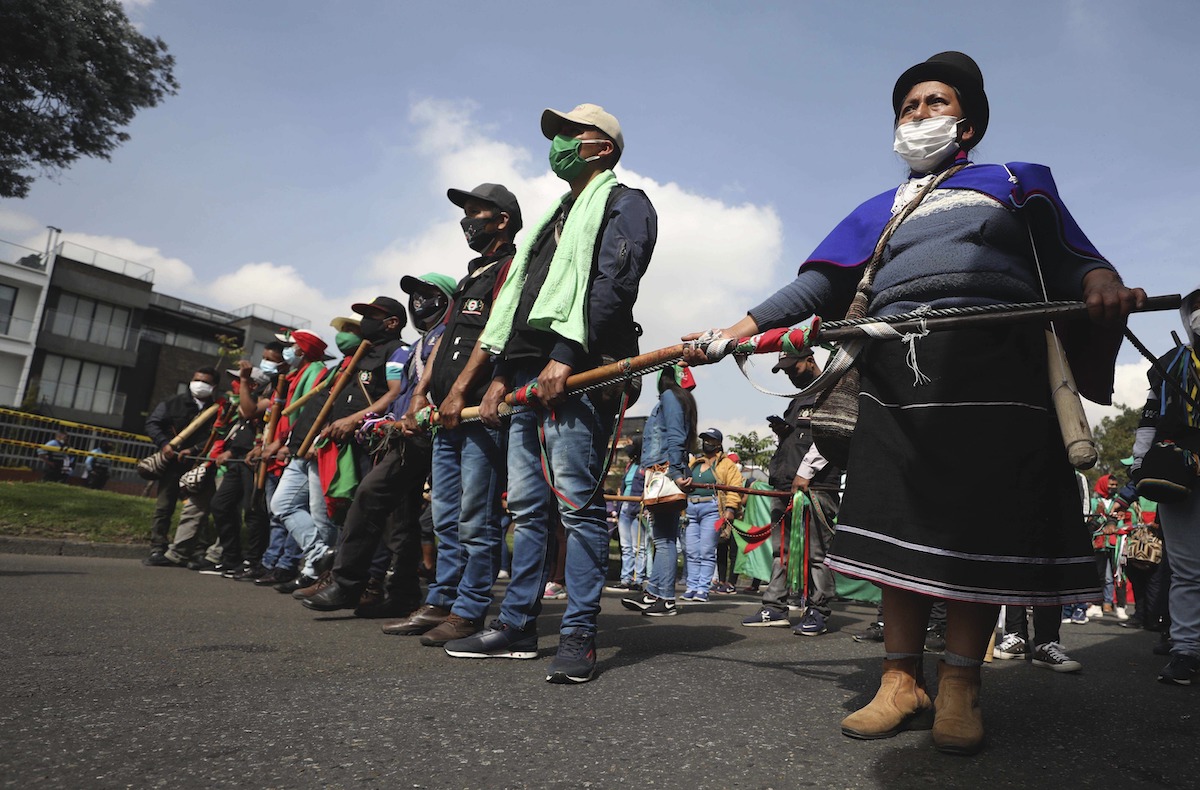 Members of the Indigenous Guard get ready to march against the government in Bogotá, Monday, Oct. 19, 2020. (AP Photo/Fernando Vergara)

Duque has refused to hold an open meeting with the protesters, saying debates about public policy should be tackled by Congress.

The government says it already has invested $190 million, largely for education and security in Indigenous areas, to meet demands made by previous Minga demonstrations.

The minga’s arrival in Colombia’s capital comes a few days before other protests planned by union leaders and student groupsas the nation’s economy struggles to recover from the coronavirus pandemic.

The president, who has two years left in office, faced large protests over his social and economic policies at the end of last year, but those tapered off this year amid the pandemic.