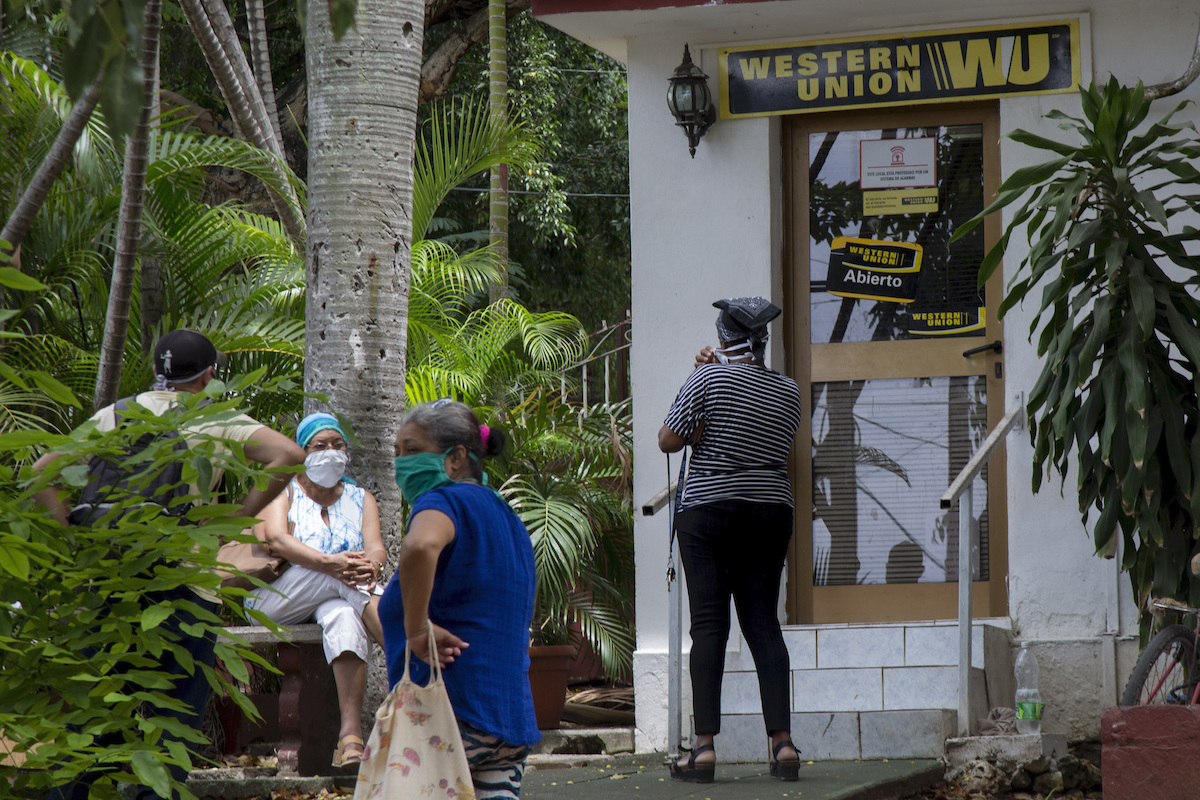 HAVANA (AP) — More than 400 Western Union offices that Cubans heavily rely on for remittances sent by family abroad are in danger of closing amid a growing number of sanctions the U.S. government has placed on the island.

Cuba’s government said all 407 offices could close by late November, a move that would potentially affect millions of people who depend on money sent by relatives for daily expenses if no alternatives are found.

“I invite the president to live here in Cuba for one day without the family remittances we receive from Western Union, just for one day,” homemaker Karina Hidalgo said in reference to U.S. President Donald Trump as she waited in line with her daughter Wednesday to pick up the $70 her husband in Miami sends monthly.

The potential closures stem from a recent U.S. sanction that prohibits Cuban government agency Fincimex from handling such financial transactions. Fincimex, which coordinates remittances via Western Union and other entities, has ties to Gaesa, a military-run company that has far-reaching economic interests throughout the island. The sanction aims to deny income to any company linked to Cuba’s military, and comes as the pandemic crushes the earnings of hundreds of thousands of residents who rely on tourism.

“To do so in the midst of a pandemic underscores the cynicism, contempt for the Cuban people and the opportunism of the U.S. government,” the company stated.

The sanction is one of several imposed by Trump as he courts Cuban-American voters in Florida ahead of the election. Last week, U.S. Secretary of State Mike Pompeo said the goal was to cut the flow of money to Cuba’s military, which he accused of supporting Venezuela and systematically violating human rights.

Overall, Cuba’s government says it has lost nearly $5.6 billion in one year as a result of the sanctions.

“Politics aside, I ask that they think of the people,” said Daynela Pupo, who is renting her home to make up for the drop in tourism revenue.

Experts estimate that up to $3.5 billion in remittances are sent yearly to Cuba on average, an important source of income for many who rely on the cash to pay for food and services, as well as to finance private business.

In a statement that Western Union sent to The Associated Press, it said it would explore ways to keep operating while complying with the new rules and regulations. Their offices in Cuba remain open for now, and the company said it would provide additional information once it formalizes new plans.

Cuban economist Omar Everleny Pérez told the AP that while the potential closures would create problems, he noted there were other alternatives including using other banks and agencies, or relying on people who travel to Cuba and bring goods and cash.

AP reporter Milexsy Durán in Cuba and Gisela Salomón in Miami contributed to this report.