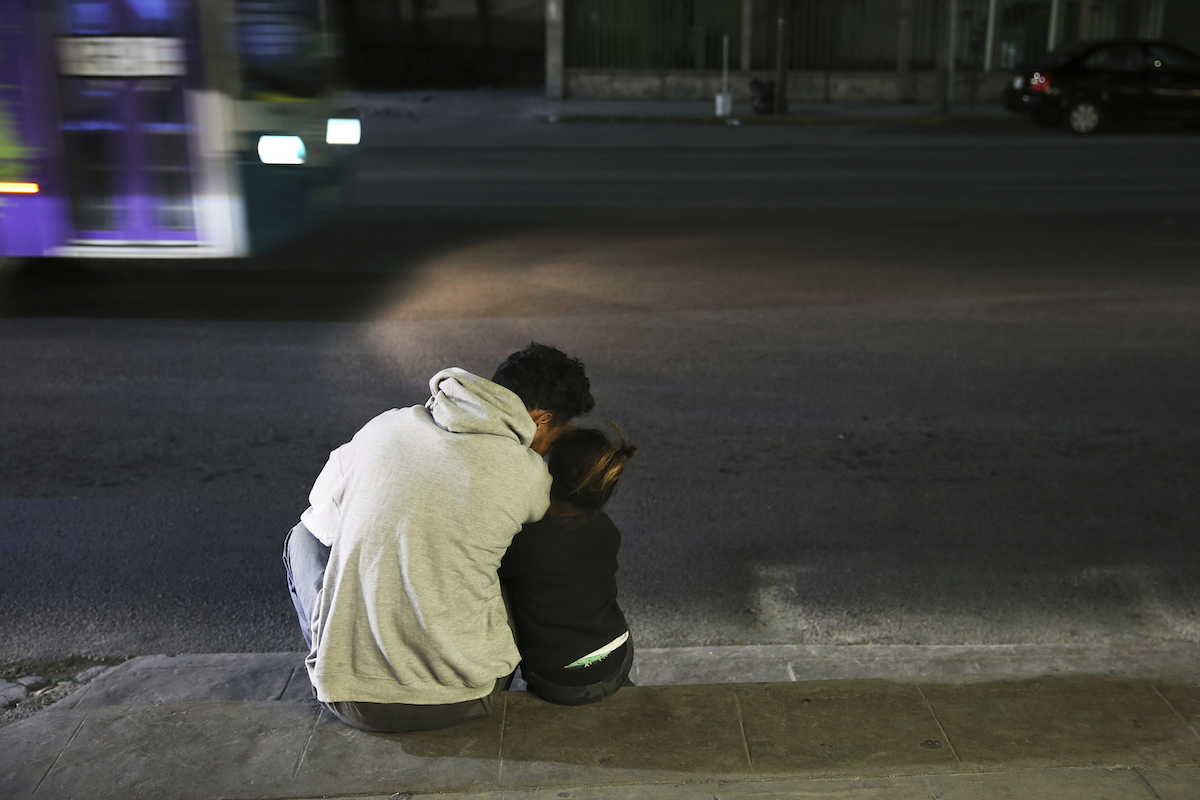 In this July 18, 2019 photo, a migrant father and daughter sit on the sidewalk after getting off a bus that brought them all the way from Nuevo Laredo to Monterrey, Mexico. (AP Photo/Marco Ugarte)

MEXICO CITY (AP) — The United Nations and other organizations are applauding changes to Mexico’s immigration law that would prohibit holding migrant children in immigration detention centers.

International and domestic groups have pressured Mexico for years to stop holding children in detention centers with their parents. Under the reforms, children would also have their legal status provisionally recognized to avoid the risk of immediate deportation before having the opportunity to explore possibilities of seeking protective status.

The changes come after a year in which Mexico detained more child migrants than ever before. Families, especially from Central America, were crossing Mexico to arrive at the U.S.-Mexico border during the first half of 2019.

The United States government made it increasingly difficult for asylum seekers to pursue their cases at the border and pressured Mexico to take a more aggressive approach to slowing the flow of migrants north.

Various U.N. agencies said these were the most important reforms Mexico had made in the area since 2014 and would bring the country in line with a number of international treaties.

“The implementation of the reforms will help strengthen the system of childhood protection, benefiting the girls, boys and adolescents in the context of human mobility, by guaranteeing them comprehensive compliance with their rights and making their best interest central,” the U.N. said in a statement.

The new laws took effect Wednesday when they were published in the official register.

Under the changes, Mexico shifts responsibility for housing child migrants and their families to the country’s family development agency and away from the National Immigration Institute, which is responsible for immigration enforcement and runs the detention centers.

In a statement Thursday, the International Detention Coalition and the Institute for Migrating Women, said that last year Mexico detained more than 50,000 child migrants, mostly from Honduras and Guatemala. That was up 82% from 2018. Between January and August this year, another 7,442 child migrants were detained, according to the groups.

They said detaining children has an impact on their psycho-emotional development in the short, medium and long term. “Alternatives to immigration detention based in the community allow that migrant girls, boys and adolescents have different options that guarantee their best interests in accordance with their specific needs,” the statement said.

“Although there are still several procedural fixes needed to strengthen the Mexican asylum system, this announcement provides fresh hope that Mexico is willing to do the work necessary to ensure that the rights of migrants, asylum seekers, and refugees are protected and upheld,” Schmidtke said.

Her report recommended that Mexico create an independent oversight committee for the National Immigration Institute, better inform migrants about their rights to seek asylum and give civil society organizations access to immigration detention centers to provide legal counseling to migrants.