The Myth Of The ‘Latino Vote’ (A Latino USA Podcast) 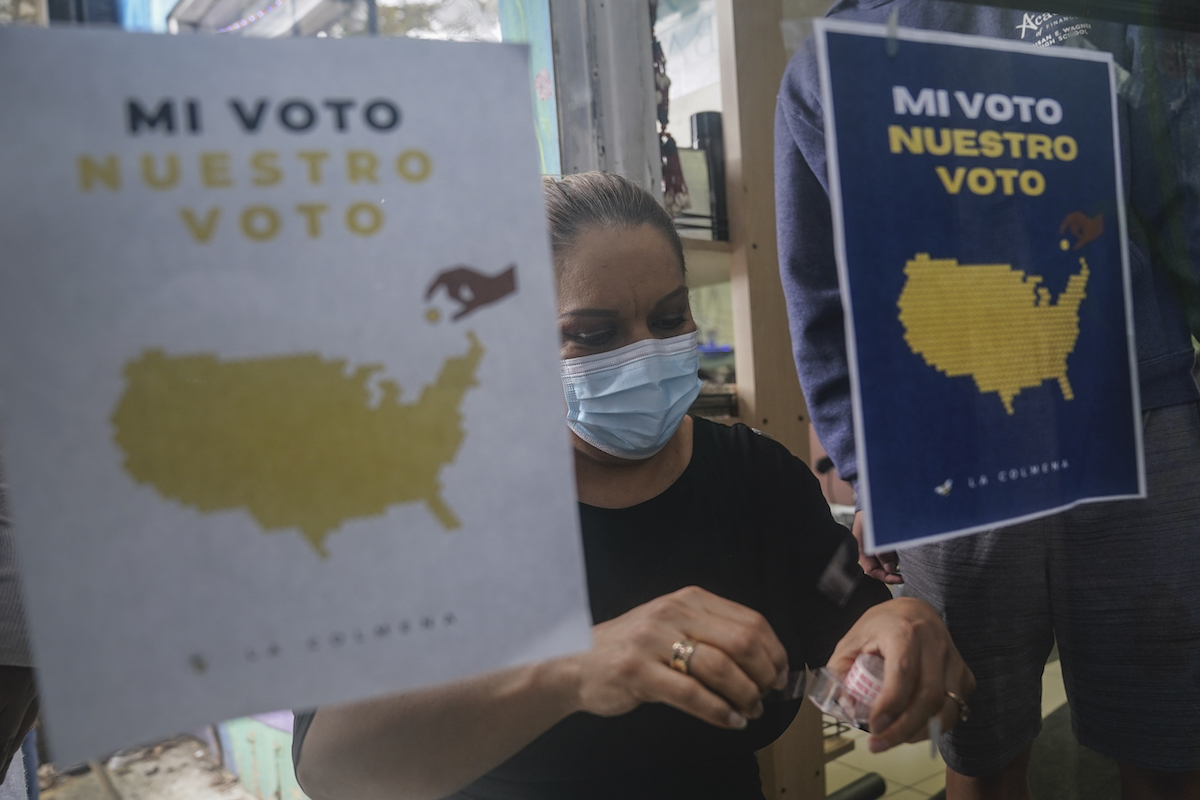 A record 32 million Latinos across the country were eligible to vote in 2020. That growing electorate was expected to be decisive in a supposed “blue wave” this year, and predictions especially focused on possible swing states with large Latinx populations, like Florida, Nevada, Arizona, and even Texas. Former Bernie Sanders campaign adviser Chuck Rocha notably called Latino voters “the single most important factor in the 2020 election.”

As results rolled in on and after Election Day, the so-called “Latino vote” made headlines—but the story was largely about how the vote didn’t necessarily go as predicted. It turned into a major lesson from the 2020 election, but it’s one that Latinos have known for years: the idea of a single “Latino vote” is a myth. Latinos and Latinas across the United States draw from different histories that have shaped their different policy interests, ideologies, and personal experiences. At the polls, that often translates into casting a ballot for candidates that have reached out to communities directly, engaged with their concerns, and earned their votes.

The Democratic Party’s efforts to appeal to Latino communities in Florida fell short this year. The state went red again, with nearly half of all Latinx-identifying voters casting their ballots for President Donald Trump—an increase since 2016. Meanwhile, across the country in Arizona, a wave of younger Latinx voters made it to the polls to flip the state blue for President-elect Joe Biden. It’s the first time since 1996 that Arizona’s 11 electoral votes have gone to a Democratic presidential candidate, and the change comes thanks to years-long grassroots efforts by Latinx groups in coalition with Black and Native American organizers on the ground.

On this episode of Latino USA, we take a closer look at these two key states and the crucial Latinx voters that swung the results towards their respective candidates’ favor. To discuss how Latinos contributed to another Republican victory in Florida, we’re joined by Politico reporter Sabrina Rodriguez, who has been covering Latinx voters in Florida, and Carlos Odio, a co-founder and senior vice president of Equis Labs, which leads polling and research on Latino voters across the U.S. We’re later joined by Sonja Diaz, founding director of the UCLA Latino Policy & Politics Initiative, and Alex Gomez, the co-director of the grassroots organization Living United For Change In Arizona, or LUCHA, who will talk about the longtime efforts to get out the vote in Arizona and how it set an example for future efforts to court Latinx voters.