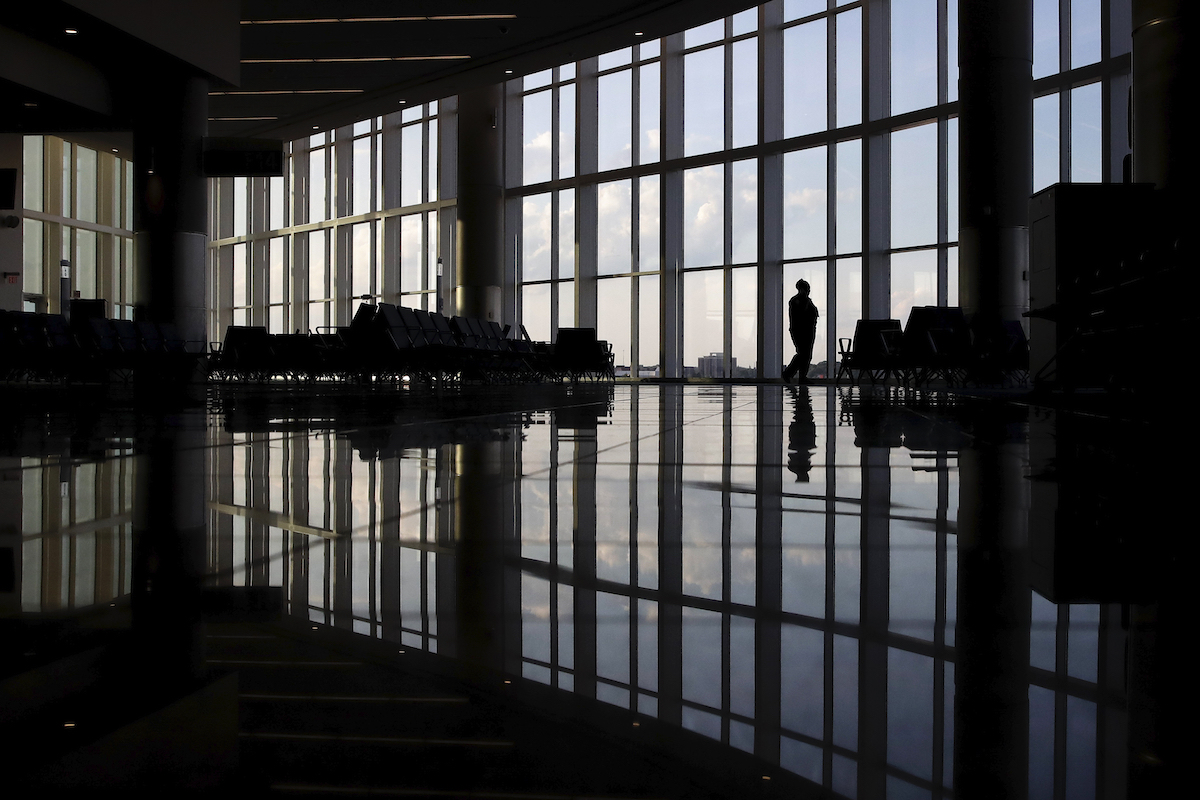 Concerns over mental health have amplified in the Latinx community during the surge of the COVID-19 pandemic. As most in-person consultations have shifted towards remote interactions, Latinx mental health professionals have started seeing a spike in their clients.

“When the pandemic first hit the United States, so many parents, including myself, felt like we were thrust into a place of uncertainty when it came to schooling, knowing how to handle behavior that was rooted in the emotional toll this took on our children, and not really knowing how to support ourselves and our children in moving through quarantine,” said Leslie Priscilla Arreola-Hillenbrand, parent coach and owner of Latinx Parenting.

Arreola-Hillenbrand came out with her platform as an opportunity to highlight parent coaching and education as a non-Black Chicana parent and daughter of immigrants in a way that she felt wasn’t getting represented. She struggled navigating through the shifts as a result of the pandemic.

According to HuffPost, people in the Latinx community are most likely to lose their jobs and less likely to be able to work remotely and have health insurance than their white counterparts. This has resulted financial, physical and emotional problems for many.

Prior to the pandemic, Arreola-Hillenbrand realized that virtual offerings provided by Latinx Parenting consisted of very few opportunities, while most were done in-person. As concerns from parents grew in regards to the uncertainty, she decided to work towards providing more support.

“Since then, much more has been offered online that never was before: the Reparenting series, the Decolonized Nonviolent Parenting series, the DNVP Circles, etc,” Arreola-Hillenbrand said. “Because of that we have been able to see people signing up from way beyond the local boundaries I am used to. We’ve had people attend as far as Japan, Ecuador, Italy, Brazil.”

Much like Arreola-Hillenbrand, many Latinx mental health specialists have seen an increase in their clients as the pandemic continued to surge. Though much of this is due to the increase in accessibility, this comes as therapy and other forms of mental health counseling are often viewed as a stigma in the Latinx community.

“Stigma occurs when there is fear of vulnerability,” Arreola-Hillenbrand said. “Many people feel that acknowledging the things that impacted them negatively growing up, means that something is wrong with them, but there is actually so much strength in asking for support from a therapist, parent coach, or really any person that meets the need in moments where we don’t have it all together, and none of us really ever do, even therapists and parent coaches.”

According to the National Alliance on Mental Illness (NAMI), stigma around mental health services in the Latinx community are present for various reasons, such as not recognizing the signs and symptoms of conditions, preference for keeping issues at home to themselves and fear of being labeled as “crazy.” On top of these restrictions are language barriers, minimal to no health insurance coverage, lack of cultural competence and legal status.

Statistics from 2018 show that 33 percent of those who identify as Hispanic or Latinx adults with mental illness receive treatment each year, in comparison to the U.S. average of 43 percent because of barriers, according to NAMI.

Tana Espino is a licensed marriage and family therapist from California. She is of Peruvian and Mexican descent, and is known for her platform, Love’s Hustle on Instagram. Her journey as a therapist began in high school after her close friend committed suicide. She was inspired to help those who were battling depression, anxiety and trauma. After graduating from Loyola Marymount with a Bachelor’s in Psychology with training in Domestic Violence and Child Abuse, she worked with the Latinx community in providing mental health services until she started her own business as a both a coach and a therapist.

“I think it’s important for the Latinx community to understand that seeking support outside of their community of family/friends is healthy, especially if they are experiencing challenges that have become too overwhelming for them or they have not found relief,” she said. “Just as you may go to a doctor if you have pain somewhere that you have not been able to get relief from, same for mental health therapy.”

As of 2016, her clients consist of about 45-50 percent of Latinx clients. With COVID-19, requests have come in more than expected, though she isn’t able to take in all of them.

“I’ve had to set up a wait list for both therapy and coaching,” she said. “I’m happy to see that more people are wanting to heal and seek support to work through their wounds and experiences.”

Latinx mental health specialists have recognized their own experiences with the mental health stigma but have found a way to use that as an opportunity to connect with their hesitant clients.

Araceli “Chely” Galvan is Community Wellness Specialist based in California. She’s often worked with clinicians and social workers in a treatment team to provide mental health services for families who qualify for services through Medi-Cal. She provides useful resources and insight through her Instagram page, @chelysmentalwealth.

She’s opened up to her clients by expressing that therapy doesn’t minimize the goal of success.

Chely realizes that a common issue is the stereotypical duality between men and women.

“There’s a lot of dynamics that are going on, whether you’re first and second generation, whether you’re 40, 30 or 25, a lot of the women struggle with, ‘I’m working so much and my partner is not helping,’” she said. “So when services come into play, they’re not willing to do marriage counseling and that’s where you hit barriers. And then you have the Latino man who is dealing with the machista side where they’re raised that they’re the one that’s bringing the bread.”

Chely continued to state that much of these issues often transfers over to their children where they then start to model their parents’ behavior.

Massiel Abramson is a Black Dominican licensed marriage and family therapist based in Connecticut. Her take is the struggle of managing frustration within families that often gets passed down.

“You can’t force people into therapy,” she said. “So a lot of times, the whole family is impacted by these things. It could be even like you’re trying to manage aggression in your kids so you’re hitting them to control them hitting and then you’re just creating this cycle.”

A common aspect is the superwoman ideology of women that Abramson has taken notice of.

“I think the resources of the Latina women are often spread so thin that it’s like, where’s the praise and are they okay,” she said. “I’m sure some people are okay doing that but are they really okay.”

While these issues are brought to the center, Josie Rosario, a Black Dominican licensed therapist based in New York clarifies that Latinx people aren’t a monolith. So while common patterns are present, each individual is unique to their own experience. Although she states that issues with boundaries come up often.

“A lot of times boundaries can come off as in direct contradiction to familismo, a central tenet in many Latinx families,” Rosario said. “In therapy, we work on fully understanding what boundaries are and what they can look like, and how to honor both the familial and cultural norms and individual needs and desires.”

Andreina Rodriguez is a Dominican American journalist based in New York. A 2020 graduate of St. John’s University, she has interned for both NBC and CBS. Her full portfolio of work is here. Twitter: @andreina_rodrgz.