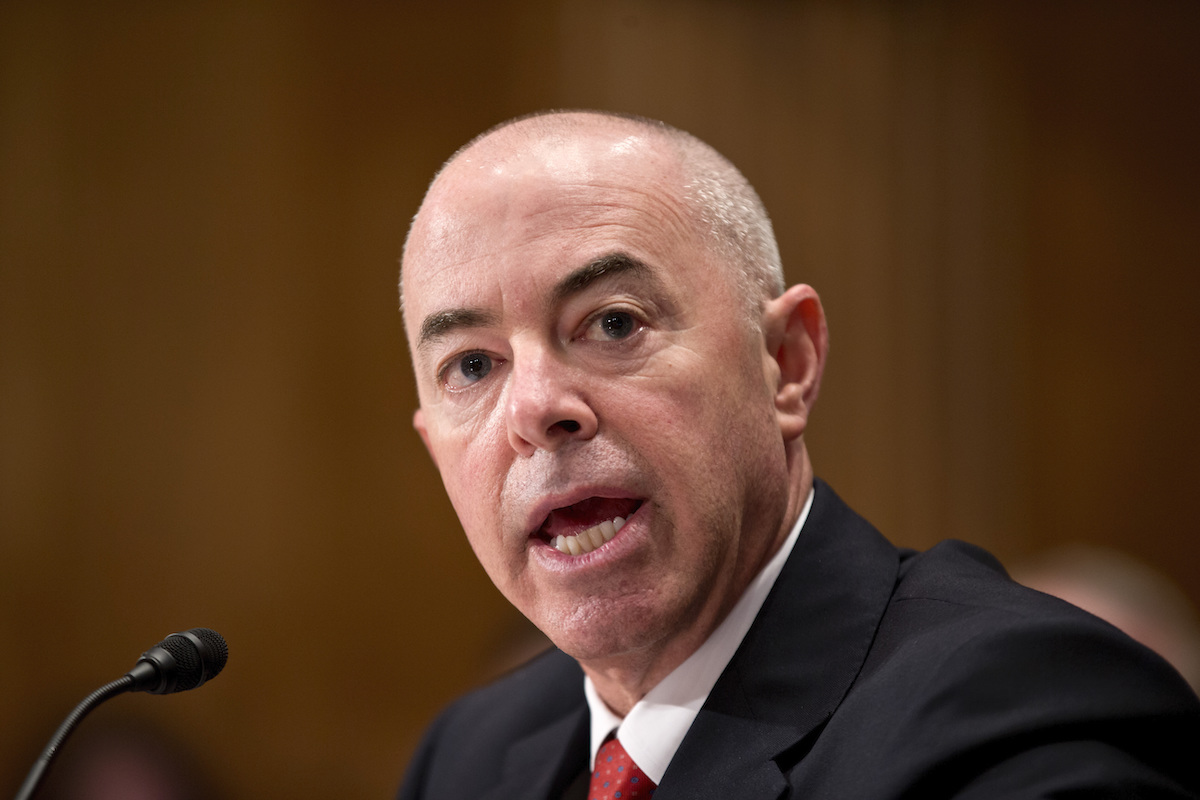 WASHINGTON (AP) — President-elect Joe Biden is turning to a veteran of the Department of Homeland Security to lead the agency created after the September 11 attacks but reshaped by President Donald Trump to carry out his hardline immigration and law enforcement agenda.

Biden on Monday announced the nomination of Alejandro Mayorkas, who served under President Barack Obama as deputy secretary of homeland security and director of the Citizenship and Immigration Services.

Mayorkas has achieved some historic firsts. In 1998, he was the youngest U.S. attorney. He was the highest-ranking Cuban American under Obama. And he helped negotiate the first homeland security memorandum of understanding between the U.S. and Cuba, where he was born.

If confirmed by the Senate, Mayorkas, who turns 61 on Tuesday, would be the first Hispanic and the first immigrant to lead DHS. He noted the poignancy in a tweet after his nomination was announced.

“When I was very young, the United States provided my family and me a place of refuge,” he said. “Now, I have been nominated to be the DHS Secretary and oversee the protection of all Americans and those who flee persecution in search of a better life for themselves and their loved ones.”

When I was very young, the United States provided my family and me a place of refuge. Now, I have been nominated to be the DHS Secretary and oversee the protection of all Americans and those who flee persecution in search of a better life for themselves and their loved ones.

Mayorkas, whose mother is a Holocaust survivor, came to the United States in 1960 as his parents fled the Cuban Revolution. The family settled in Southern California. He graduated from the University of California at Berkeley and received his law degree from Loyola Law School.

“It is an honor to be nominated and entrusted by the President-elect to serve,” he said in a follow-up tweet. “It is no small task to lead the Department of Homeland Security, but I will work to restore faith in our institutions, and protect our security here at home.”

It is an honor to be nominated and entrusted by the President-elect to serve. It is no small task to lead the Department of Homeland Security, but I will work to restore faith in our institutions, and protect our security here at home.

Mayorkas ran the citizenship agency within DHS from 2008 to 2013, developing the program to shield from deportation people who had been brought to the U.S. illegally as minors, a program Trump has sought to end.

Afterward, as the second in command at DHS until 2016, he led its response to the Zika and Ebola outbreaks.

As a former federal prosecutor and a partner at the prominent law firm WilmerHale, Mayorkas is well versed in the criminal cases involving transnational crime that are generated by the agencies under DHS purview.

“His knowledge of the department and ability to hit the ground running will enable him to start the repair work that is sorely needed,” said Alan Bersin, a former assistant secretary in the Office of Policy at DHS.

At DHS, he would assume command of a sprawling agency, with more than 250,000 employees, that has experienced repeated leadership changes. For more than a year, it has been led by an acting secretary who hasn’t been confirmed by the Senate.

“They need people particularly like him who have that institutional knowledge of DHS,” said Gil Kerlikowske, who served as commissioner of U.S. Customs and Border Protection under Obama. “It’s a huge, complex organization and it’s probably the one that, of all the Cabinet offices, has been buffeted the most by pure politics and incompetent leadership.”

The challenges he would face at DHS include rolling back some of the hundreds of immigration policies changed under Trump without triggering a surge of migrants at the border, where the number of people apprehended rose in October for the sixth straight month.

Bersin said Mayorkas is a “centrist” who will seek to balance humanitarian concerns with the need for border security.

“The number of migrants who are moving toward the border are dramatically increasing as we speak and the imperative of the Biden administration to focus its efforts on the pandemic and the economic recovery would make a migration crisis a burden,” he said.

Mayorkas was honored by the Coalition for Humane Immigrant Rights of Los Angeles for developing the Deferred Action for Childhood Arrivals program, granting a reprieve to people brought to the country as children. The group’s executive director, Angelica Salas, also praised him for authorizing discretion in decisions on whether to deport people in the country illegally as well as waiving immigration fees for poor people.

Salas said she’s hoping he will help create a “more humane” immigration system. “We need to repair so much after the pain and suffering that people have gone through under the Trump administration.”

DHS was at the center of Trump administration efforts to reduce both legal and illegal immigration through a large number of policy changes. That included separating children from their parents at the border in response to a surge of migrants from Central America, severe curbs on the ability of migrants to claim asylum at the southwestern border and efforts to build a border wall with Pentagon funds after Congress refused to fund the project.

The agency, which was created to improve the nation’s resistance to external threats, also moved more deeply into domestic law enforcement under Trump, sending agents and officers to Portland, Oregon, and other cities to respond to unrest without the consent of local authorities.

It was also the subject of a complaint filed by a whistleblower, who alleged he was pressured by senior officials there to suppress facts in intelligence reports that Trump might find objectionable, including information about Russian interference in the election and the rising threat posed by white supremacists.

Last week, the head of the DHS cybersecurity agency was fired by Trump after knocking down unsubstantiated rumors that the election results could have been affected by technical problems or fraud, directly refuting the president and his allies.