Democracy Is Under Siege in Both the United States and Peru 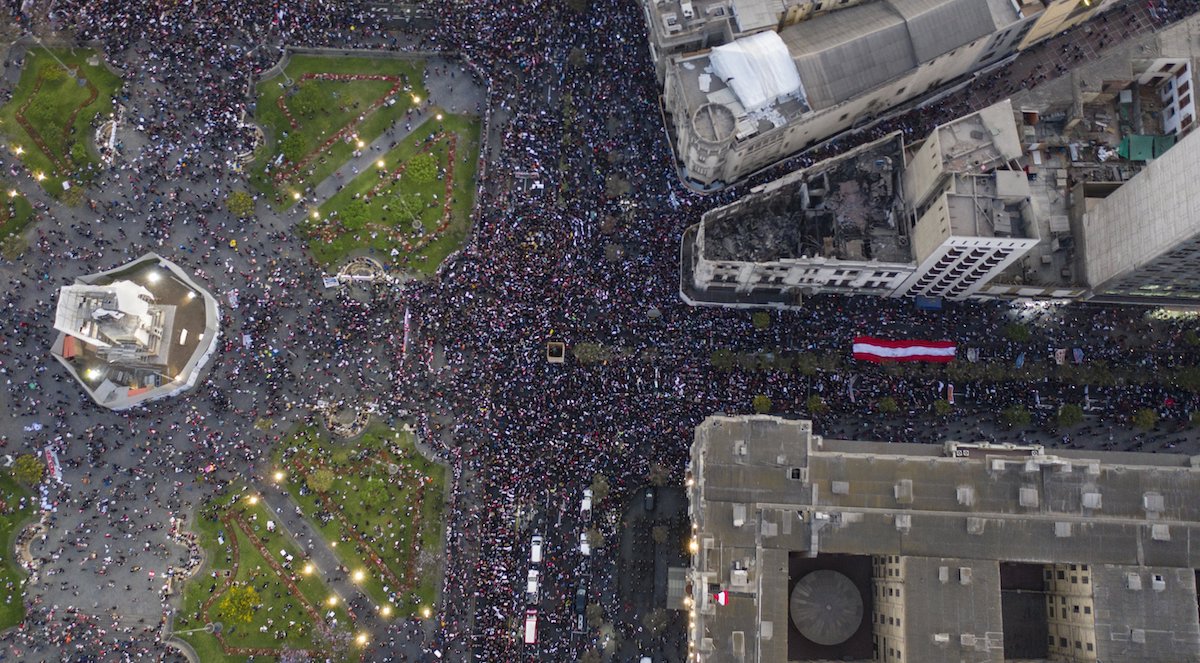 A recent report by the group Varieties of Democracy has revealed that currently there are more non-democratic than democratic countries, and a majority of the world’s population lives under a non-democratic regime.

It’s the first time this has happened since 2001.

Hungary recently became the first European Union country to be considered an authoritarian regime. Latin America has also regressed to worse non-democratic levels than were seen in the early 1990s. The decline of democracy around the globe is evident.

But it’s also important to understand that legal actions can also be used to undermine democracy and that the systematic erosion of democratic norms and institutions is as much a problem for western countries as it is for any other region of the world.

There are two recent high-profile examples of democracy in decline in the Americas: Peru and the United States. The political crisis in Peru has resulted in the fourth president in four years—including three within one week. The electoral process in the United States, meanwhile, has been under fire for years leading up to and during the latest election.

But little to no attention has been paid to the situation in either Peru or the U.S. by the Organization of American States (OAS) which, under the 2001 Inter-American Democratic Charter, is supposed to ensure that democracy is upheld in the Americas.

The OAS normally calls out things like the erosion of the democratic order. This is fundamental because currently few autocracies would proudly claim to be staging a coup or to be using military means to achieve their political goals—they’d use more subtle tactics of the type being seen in recent years in Peru and the U.S.

In Peru, former president Martín Vizcarra had been pushing an anti-corruption agenda in the country. His proposals caused him to clash with two subsequent congresses.

Both tried to remove him from office using a broad interpretation of the term “moral incapacity,” a constitutional provision that allows for a president’s removal. Moral incapacity, however, was only supposed to be used for issues of mental deterioration, which do not apply to Vizcarra. 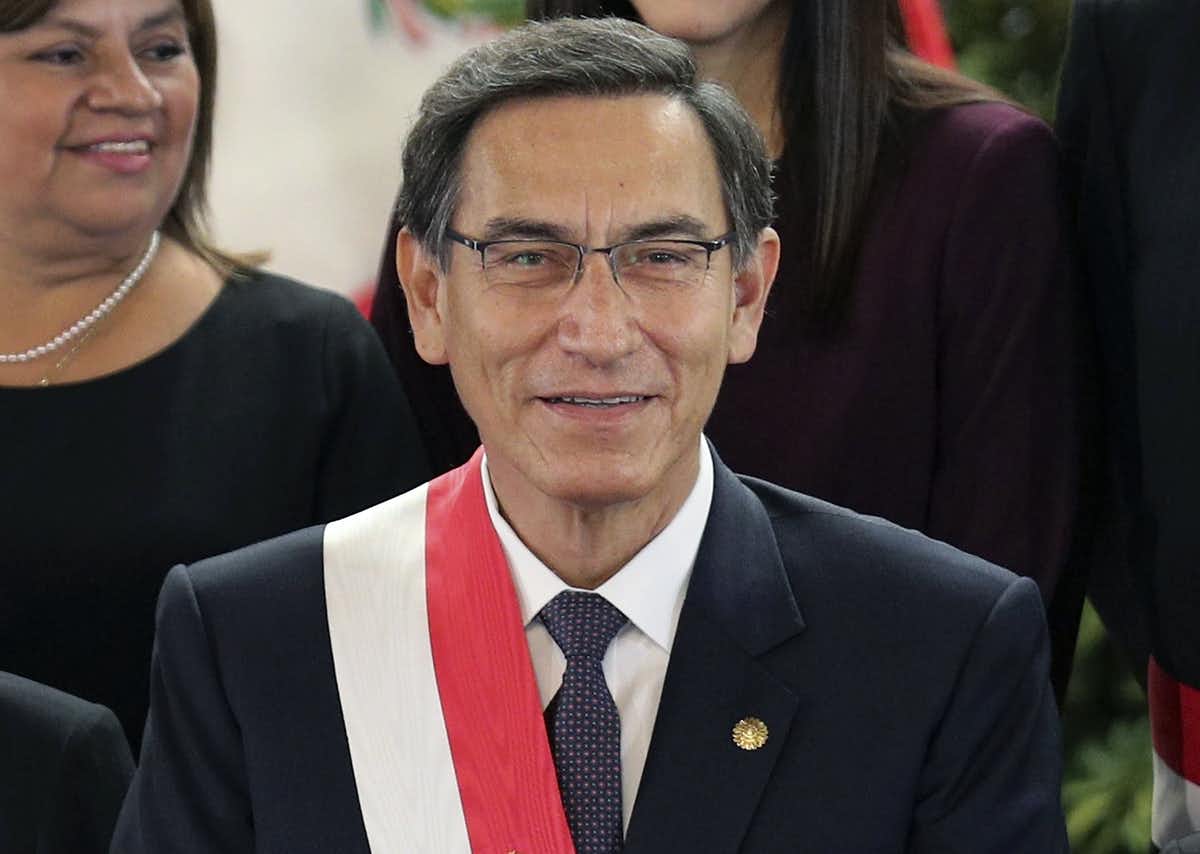 In this October 2019 photo, President Martín Vizcarra smiles after the swearing-in ceremony of his new cabinet at the government palace in Lima, Peru. (AP Photo/Martín Mejía)

Although Vizcarra was able to successfully suspend the first Congress and call for parliamentary elections, the second Congress managed to remove him from office due to corruption allegations against him. More than half the members of the second Congress, meanwhile, were themselves the subjects of open judicial investigations.

After Vizcarra’s removal, the head of Congress at the time, Manuel Merino, was established as the new president of the country. After just one week of pro-democracy protests, at least two deaths, several wounded civilians and even some forced disappearances, Merino was forced to resign.

He was replaced by Francisco Sagasti. Sagasti was one of the 19 members of Congress who consistently voted against Vizcarra’s removal.

It’s clear that Peruvian laws were used by different groups within Congress to seize political power against the wishes of the majority of the citizens of the country. These actions subverted democracy and caused episodes of violence that undermined fundamental rights. 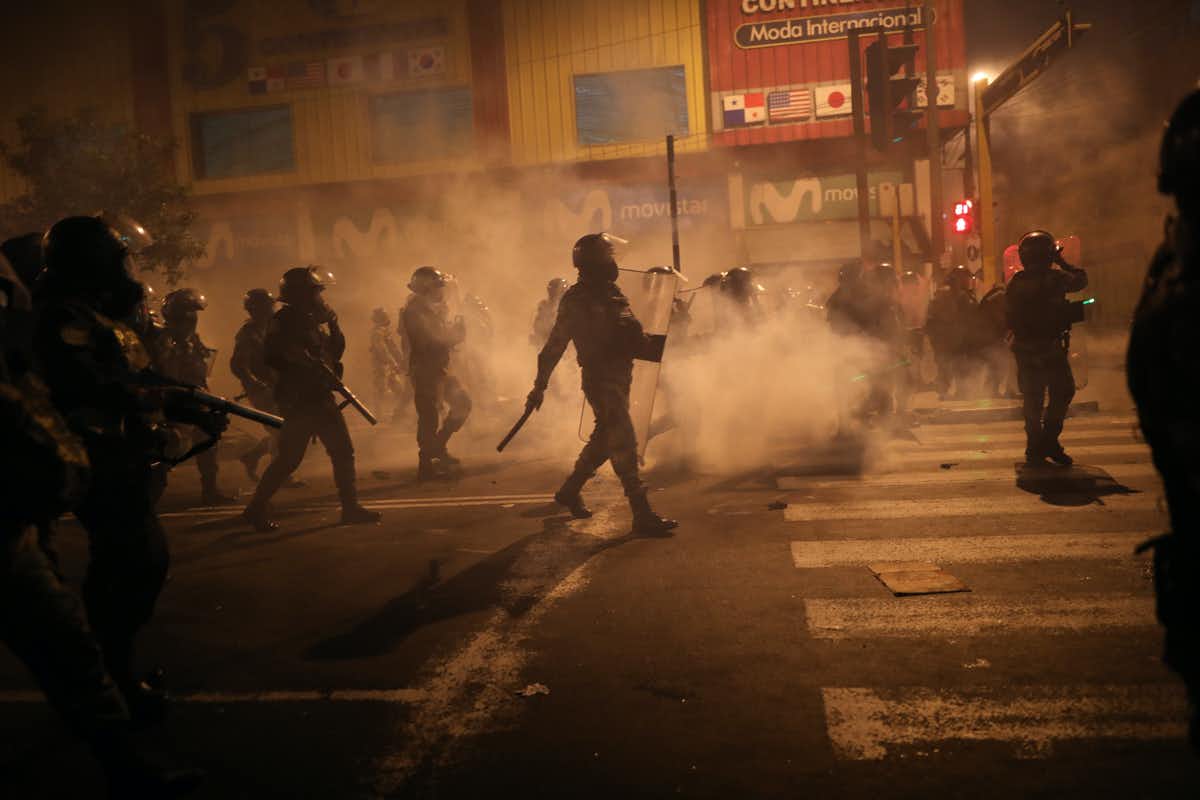 Police advance on protesters as they try to march to Congress in a demonstration against the removal of President Martin Vizcarra, in Lima, Peru, on November 12, 2020. (AP Photo/Rodrigo Abd)

The United States also seems to also have a problematic record of using laws to undermine democracy.

Several investigations show that there are systematic attempts to stop racialized people from voting, including the closure of 1,688 polling places from 2012 to 2018. Furthermore, partisan gerrymandering —the practice of politicians reshaping or manipulating voting maps to their benefit— is a well-known problem that favours the Republican Party and has an impact on electoral outcomes.

Sadly, the U.S. Supreme Court —most of its judges Republican appointees— ruled that federal courts are powerless to hear challenges to gerrymandering because they presented “political questions beyond the reach of the federal courts.” 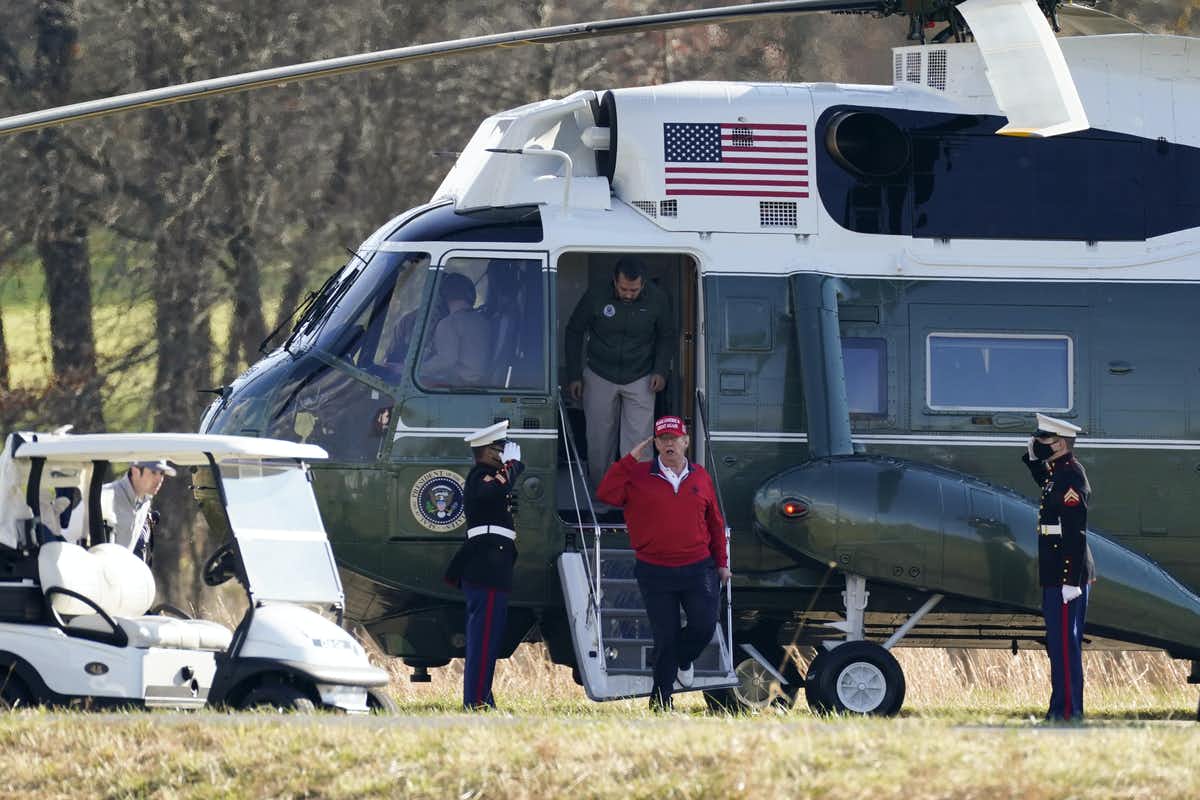 Trump salutes as he and his son Donald Trump Jr. get off Marine One after it landed at Trump National Golf Club on November 28, 2020, in Sterling, Va. (AP Photo/Alex Brandon)

But even this pales in comparison to President Donald Trump’s continuing lies that the election he lost on November 3 was “rigged” and overrun with voter fraud, claims that have been consistently dismissed by the courts.

Trump has been relentless in these claims, recently taking to social media to post a 46-minute diatribe of baseless allegations. Leading up to the vote, Trump also promoted what some have rightfully called voter intimidation.

Statement by Donald J. Trump, The President of the United States

For now, democracy is still standing in both Peru and the U.S. But the lack of action by the OAS on either situation reveals there are other issues to consider beyond the theft of power in the Americas.

It’s ever clearer that the undermining of democracy across the region has been occurring by attempts to use laws solely for political gain, not with tanks and missiles—and in plain sight.