Understanding Cuba’s Strategic Vision to Cope With a Biden Presidency 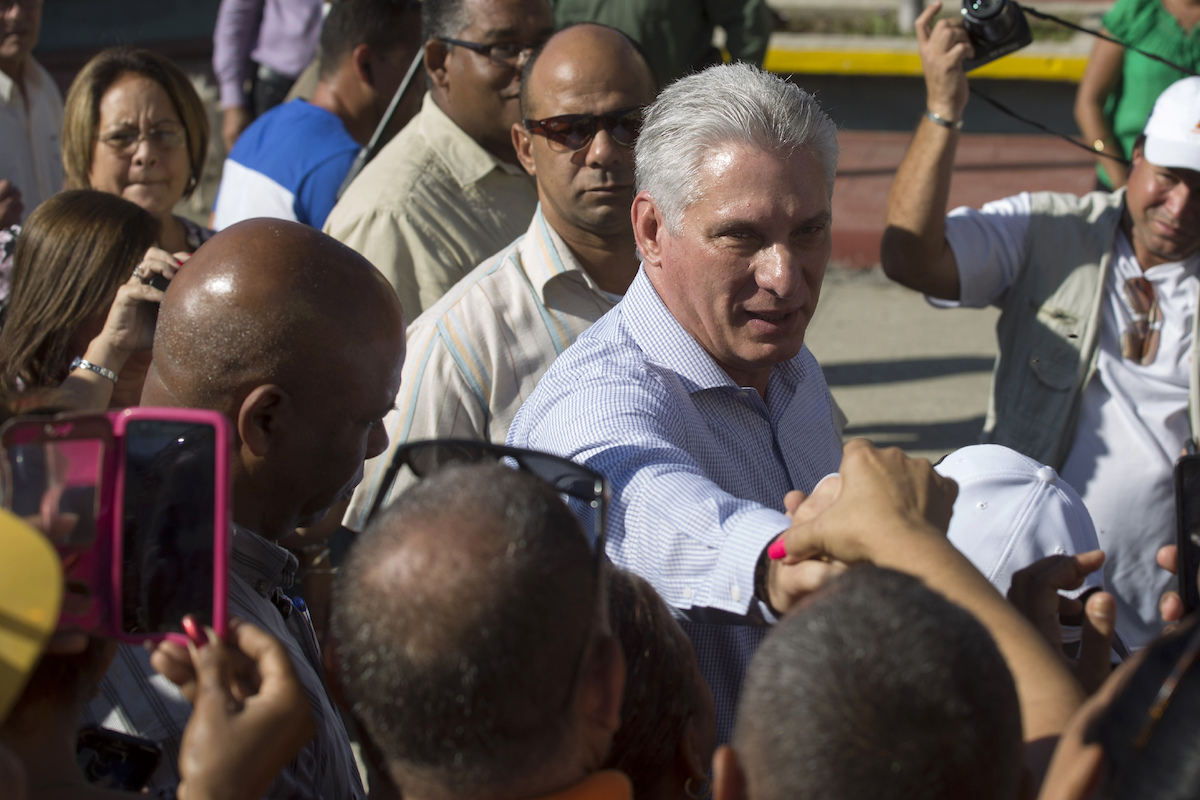 As President-elect Joe Biden prepares to assume office, his opposition to the Trump administration’s Cuba policy raises expectations about what a new approach would look like. The Biden team —staffed with former Obama administration’s officials— will likely try to restart the process of engagement initiated six years ago. However, America’s position in the world, its relationship with Cuba and many other countries in the Western Hemisphere have moved away from the conditions that facilitated Obama’s Cuba policy.

In this context, it is important to ask: what does the Cuban side expect from the new administration? What are the Cuban priorities for potential diplomatic talks? And why is the Cuban government so reluctant to change, even in the face of a major economic crisis and a U.S. maximum pressure campaign conducted over the last four years?

Cuba’s approach to engage with the U.S. has been defined by the constant fear of American interventionism and the Caribbean island’s struggle for survival in the international system. To ensure that survival, Cuban authorities have maintained a combination of political and social control at home, an asymmetric defense doctrine and a reliance on alternatives international alliances to balance American influence.

The many historical examples of U.S. actions in Latin American countries and in Cuba itself conditioned Cuba’s worldview as a revolutionary nation. The Cuban government has constructed a culture of resiliency with a particularly longer sense of history in which survival is intrinsically a policy goal and a measure of success. That narrative is today the underlying structure for Cuba’s geostrategic situation, allowing the country to sustain a position for long periods of time without a clear trajectory towards progress or prospects of change.

However, the process of normalization between Cuba and the U.S. under the Obama administration shook those historical assumptions and opened the door for better relations. Despite the progress made during that period —including 22 agreements in various areas such as regular flights, healthcare cooperation, law enforcement and preservation of natural protected areas— for Cuban authorities the relationship reached at that point an unacceptable level of asymmetry and dynamism for which they weren’t prepared. As a consequence, Cuba rolled back or slow down many domestic reforms and assumed the end of the Obama era in a more defensive and hostile position towards the U.S.

The arrival of the Trump administration interrupted that process and in a macro level showed what a world with a less engaged U.S. could look like. The Cuban government, as a basic strategic objective, would want to build on a scenario in which American influence is in clear decline. Cuba is now positioning itself within the context of great power competition, buying optionality with its approach to China and Russia and doubling down on its role in the Venezuelan crisis to guarantee that any negotiated solution involves its participation.

Cuban authorities understand that the Biden presidency will be distracted with domestic partisan fights and deluded by the contradictory goals of governing as a transformative president and building back a stronger sense of unity in the American public. The symbolism of American standing in the world is low but that does not indicate that, in reality, the U.S. lacks the capacity to mobilize sympathies and produce results—it just means that there’s a big flank open in America’s narrative. The exceptionalism, the commitment for human rights, democratic processes and the very idea of factual truth have been stress-tested in the U.S. like never before. In general, America won’t be able to engage in democracy and rule of law promotion abroad without at least looking at the laughing faces of foreign diplomats.

It is also important to consider the role of the Congress in Cuba’s perception of America. The Cuban government is suspicious of American congressional politics. They look at it as a major obstacle to implement agreements and stabilize the relation. Since the Cuban Revolution in 1959, almost none of the main agreements signed between the two countries have been endorsed by Congress to become treaties, including mutually beneficial deals, such as the migratory and security agreements or fishing and maritime limits accord. Although the discussions in both the House of Representatives and the Senate have shifted favoring engagement in recent years, there isn’t any serious attempt to lift the embargo on Cuba, which Havana considers the main obstacle for normal relations.

Cuba’s actions to engage with the new Biden administration will be defined by two main elements. The way in which Cuban authorities see the relation with the U.S. as a zero-sum game that guarantees that independently of how much that relation progresses. Havana always will operate under the premise of the American side intending to produce regime change in the Caribbean island.

At the same time, Cuba’s bureaucracy is just not ready for the task of modernization, and obscure figures within the political elite continue to exercise a disproportionate influence on the country’s decision making process. This bureaucratic paralysis, has kept the country in a delayed process of reforms during the last decade, in which the administration of the state has proven incapable to produce needed changes. As the Biden administration looks to engage with Cuba, it would be wise to remember that very often the actions of its government are the result of inertia and automatic responses of an antiquated bureaucracy instead of a thoughtful policy process.

Bryan Ch. Campbell Romero is an Analyst & LatAm Practice Head at DaMina Advisors, where he covers significant geopolitical developments in Latin American frontier markets and leads the firm’s research on emerging political and economic trends in the region. He also contributes regularly with other publications, offering commentary and insights on Cuban and Latin American politics, society, economy and entrepreneurial ecosystems. Originally from Cuba, Bryan holds a Bachelor’s degree in Philosophy (Licenciatura en Filosofía) from the University of Havana. Twitter: @bchcampbell.